When I'm not digging at my main dump I'm on the lookout for other ones -- preferably older than 1940's, but I will dig anything up to 1950's or so. I just wanted to document some of them, starting with the most recent.

Nov 13: Discovered a farm dump alongside a stream in Surrey, BC. 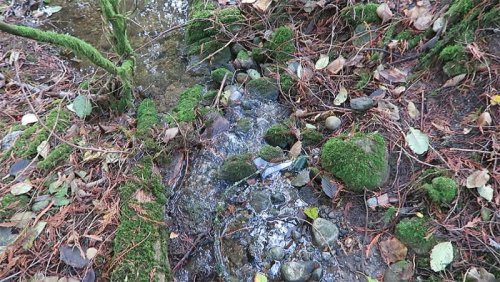 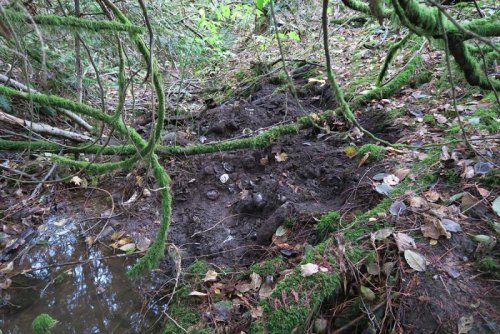 Here's some of what I found... 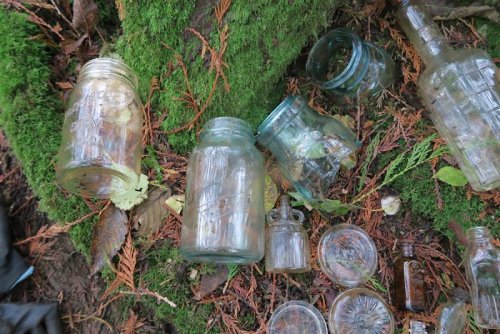 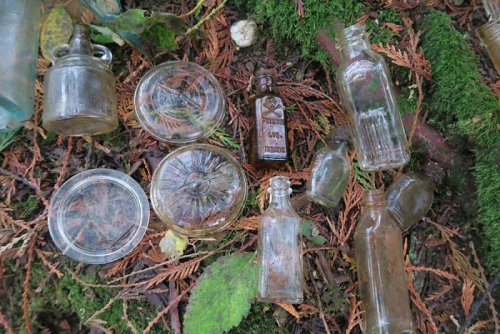 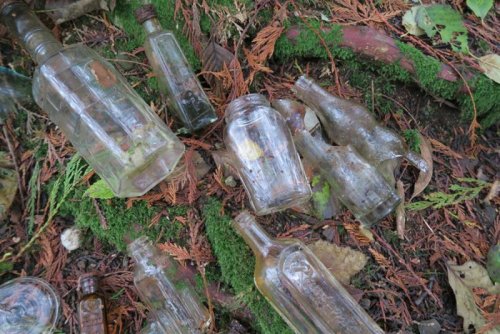 Other than the poison bottle, it seems like the best stuff was broken, unfortunately. The two broken soda bottles in the last image are a Bireley's and "The Lions", which is a local bottle.

Anyway, here are the ones I took home and cleaned up: 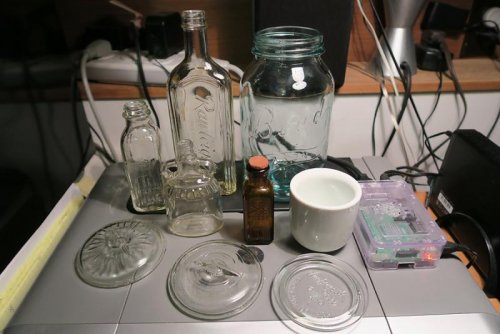 Note: the little bottle on the left is a Hires root beer extract.

There may still be some stuff here, so I might return someday.

That's a shame about the Lions bottle, that's one of my favourite BC sodas. Nice save on the Iodine bottle though!

the Lion's bottle has been previously discussed on this site , I remembered seeing it before , pretty sure its a desirable bottle , the post seems to think its from the 30's-40's and company disappeared by 1950's . too bad its broken but still a neat find

I'd heard of The Lions before, but this was the first time I'd seen an example in the wild. In fact, I've never seen that particular bottle anywhere except on this site. I'm guessing it's quite rare?

Almost makes me want to go back and tear that place apart. But I know the odds of finding another (and it being intact) are slim to none.

BottleDragon said:
I'd heard of The Lions before, but this was the first time I'd seen an example in the wild. In fact, I've never seen that particular bottle anywhere except on this site. I'm guessing it's quite rare?

Almost makes me want to go back and tear that place apart. But I know the odds of finding another (and it being intact) are slim to none.
Click to expand...

I'm not sure if its that rare but definitely desirable , pretty sure it was one of the larger Vancouver bottlers , in theory you'd have a chance of uncovering one in any dump there from that time period

It's a fairly uncommon one as far as BC sodas from that era go. I don't remember seeing them much if ever when I lived out there, apart from my own. I don't think they were a very big bottler even though they lasted for a while, their ACLs seem even less common and I've only seen one or two examples of their seltzer siphons online. The embossed ones are the most common ones to find, and although they're hard to find I certainly wouldn't say the chances of finding another are slim to none.
B

Okay, thanks for the info. I will definitely go back there and look around some more, since I was thinking about going back anyway.

Any dump is a good dump in my opinion. I haven't found zilch in three years since I moved here. Nice bottles! It makes me wish that I kept some of the ones I found last year.

have a lot of similar art deco soda's from Ontario in my collection , always had a tough time determining rarity of certain bottles .

the criteria I personally use , would be - length of time the bottler operated , size of city / geographical area they served , number of times I have seen the bottle in the past

example a bottle from a small town , that only operated for a couple years and that I have never seen before is most likely rare to find

that being said its still a very desirable bottle to have as it features a view of the mountains on one side , not something you'd see on any other bottles and that makes it unique , if I were to see one at an antique store I'd buy it but I've never seen one for sale here
C

Yeah rarity can be a hard one to figure out sometimes. And some rarities just don't make logical sense, like this one. You'd think it would be fairly common considering how long it operated but they just don't show up much. It's not rare rare, but it's less common than you'd think for such a long-lived bottler. I'd be very surprised to see one of those show up in Ontario, BC stuff doesn't show up much in general and this one rarely shows up even in BC, at least not on the Island.
You must log in or register to reply here.

Found 2 more dumps at the end of my street

Another trip to my sons place.

found a clear druggist bottle in the woods