Here is the other plate which is the same in all other aspects minus the Name President and the date of 1841 What I find odd about the two pennants is why were they there before Harrison was president. A plate touting him as a candidate would not need these,yet I think the confidence level was high he was going to be elected and literally the plate was pressed just before his election campaign knowing full well the Presidency was his to lose. There is no other logical explanation as to why they were there before he was President. [attachment=LotImg123537.jpg]

I have a few pcs. of pressed , It would make a great thread.

I agree, we need some forum for EAPG. Primarily flint glass. I started picking up Tumblers a while back.
For some reason they just fascinate me. Then I started picking up various other forms as well. Some of these
things are just amazing. But unfortunately most of the stuff is clear. The colored stuff tends to get quite pricey.
Your photos Of the Lacey Salts are just wonderful. I haven't managed to find any of those yet, But I'm keeping
an eye out for them.
B

Interesting early glass.
This is a wee lamp I picked this past week from a friend. I think it could be from the Boston area glasshouses. The wickholder has the word Patent on it. The base is pressed glass and with a pontil scar. It stands about 4/12 " tall. 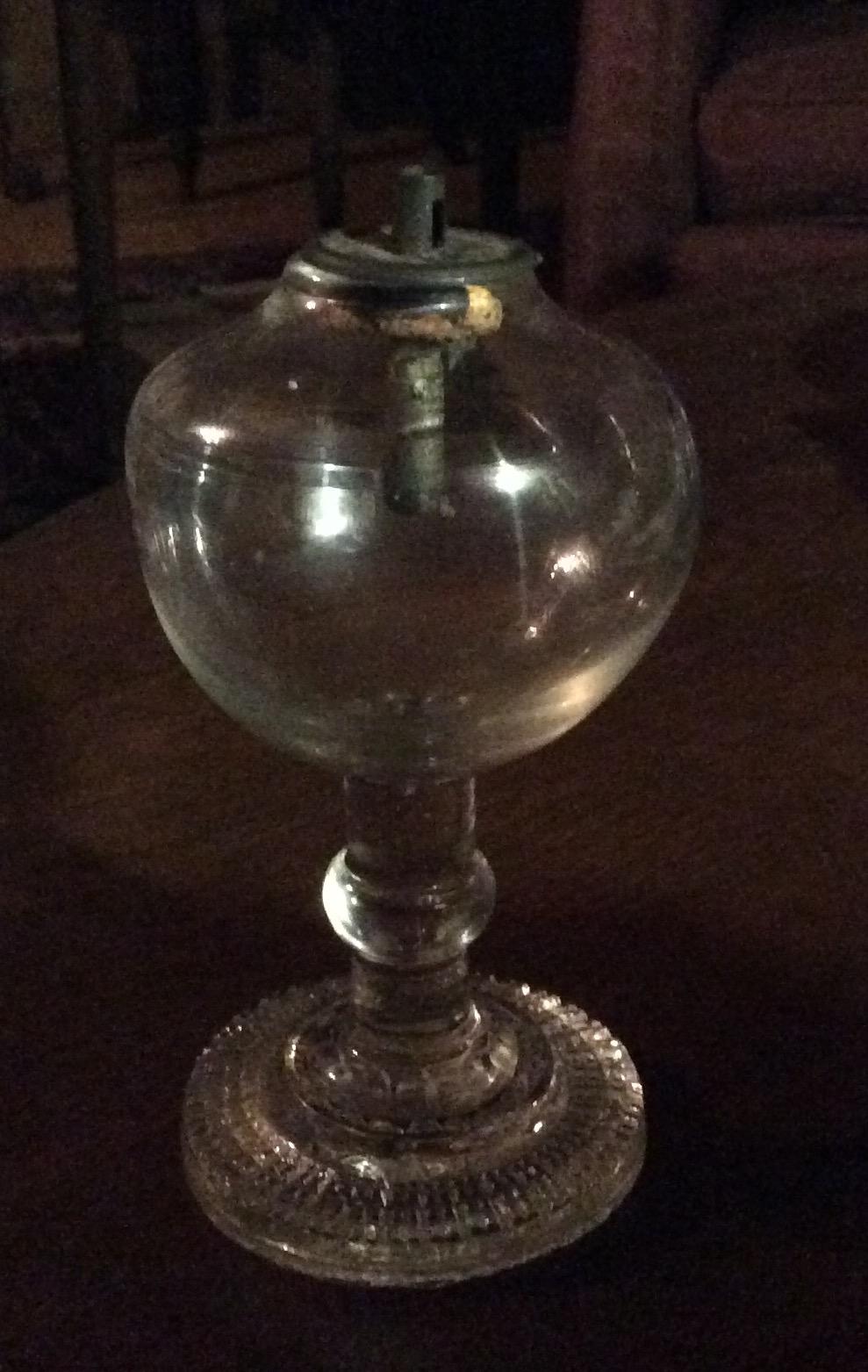