Nice 7up bottle. I'm still looking for the one pictured here. Its dated 1935 but is supposed to slightly pre-date the 1935 swimsuit labels. If ever an ACL soda bottle looked hand-painted/stenciled, this would be the one ...

Currently, the earliest known and confirmed ACL bottles of any type are ...

But due to bottle-bud's 1933 newspaper article, it leads me to believe that Pyroglazed milk bottles were being produced by Thatcher in 1933.

Notice in the newspaper picture text where it says ...

Its hard to say for certain, but some of the bottles pictured in the stack appear to have pyroglazed lettering on them - which would make since considering where it says "Mr. Wollinghoff is explaining the new bottle."

Anyhoo, the Part II contest is as follows ...

4. A picture of the bottle's Makers Mark* - embossed on the base

*The mark on the base of the Kolb's Dairy bottle pictured here is ...

Which leads me to suspect that a 1933 Thatcher milk bottle will be marked ...

Even though the picture of the Kolb's bottle base pictured here is blurred, the Bottle Research Group (BRG) examined the actual bottle and confirmed the 1934 date.

1. In order to win, the pictures have to be clear and un-challengable.

2. If someone finds a 1933 Pyroglazed/Applied Color Label bottle of any type, it will reign as the earliest known and confirmed ACL bottle and go down in the record books.

Thanks again, and good hunting. 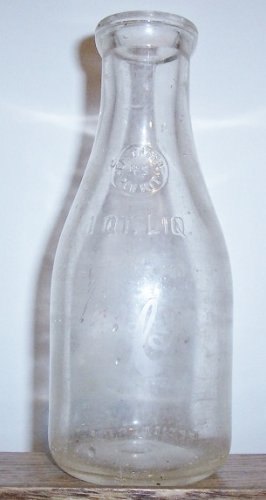 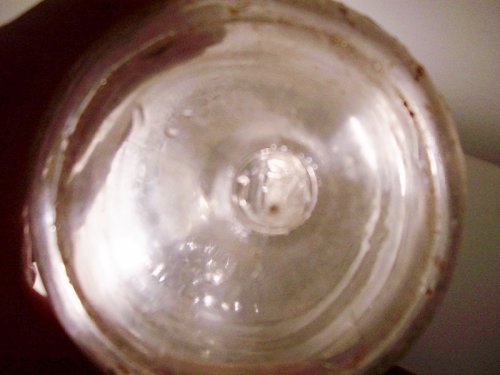 I have found several Thatcher milk bottles that are described as being marked on the base with ...

The only bummer is, they are all embossed bottles and not Pyroglazed. But that's okay, because it at least tells us that the 3E3 bottles were produced. Now all someone has to do is find a Pyroglazed example marked with 3E3. Easy-smeasy! Right?

This is the only image of a 3E3 base mark that I could find. But the milk bottle itself is embossed, not pyroglazed ... 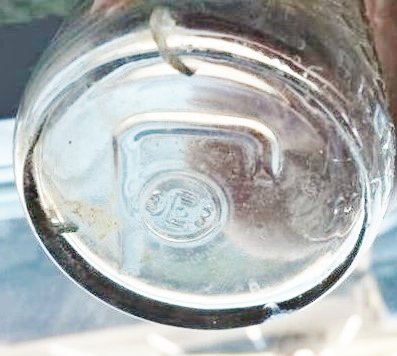 I hope bottle-bud doesn't mind, but I dinked-around with his 1933 newspaper image in an attempt to see the stacked bottles better to see if any of them showed Pyroglazing. It appears to me that every bottle in the stack is Pyroglazed. Of course I can't make out any of the details, except for the one in the lower-left (bottom row) which appears to have a 'wavy' design on it. I'm also curious what it says on the front of the platform, but can't make it out. See what you think ... 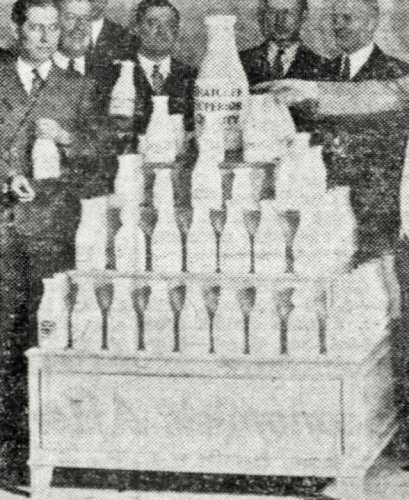 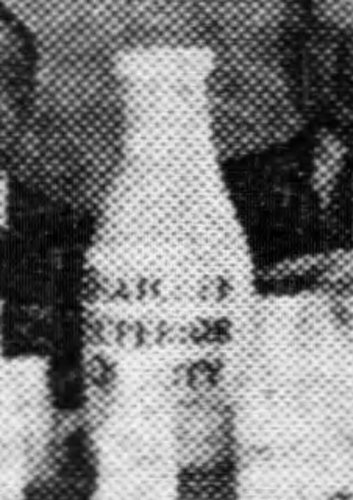 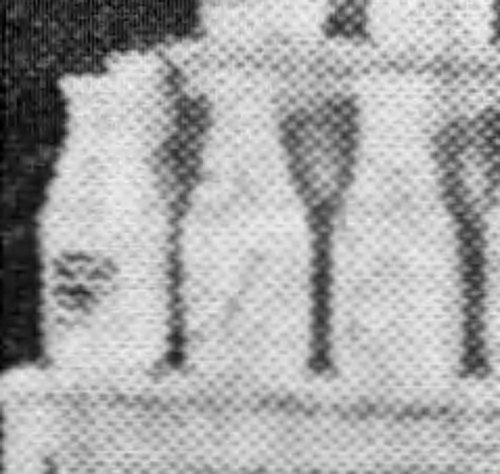 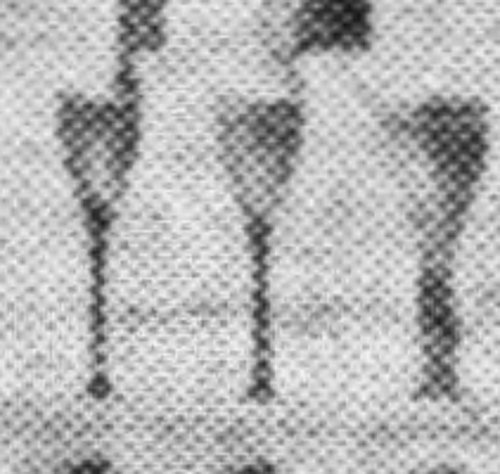 Do you guys know when the embossed lip (A bottle of milk is a bottle of health) type was produced by thatcher in pyro?

Last year I found a Jumbo Cola bottle like the 1934 example in the oldest ACL thread, and purchased it. With no pics of the bottom, it arrived and I was very happy to see that it was dated 1934 also. The label isn't perfect, but one side displays very well. Another example showed up in a Facebook group on the subject as well.

I don't mind you dinking with the picture at all. This is a fun project. The label says ???? Superior Quality. ??? probably being some dairy somewhere.

Here is an enhanced photo of the stack of bottles, not much better than than yours bottle-bob. 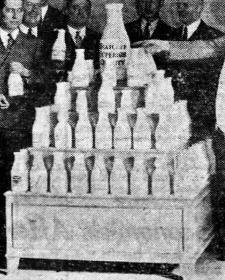