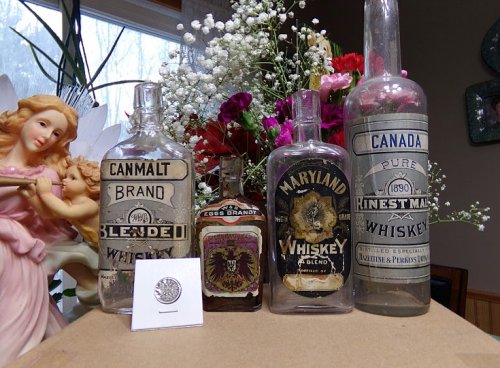 I got this one off the bay the other day. I picked it up only because I liked the Austrian Eagle on it (see close-up as compared to an Austrian heller). 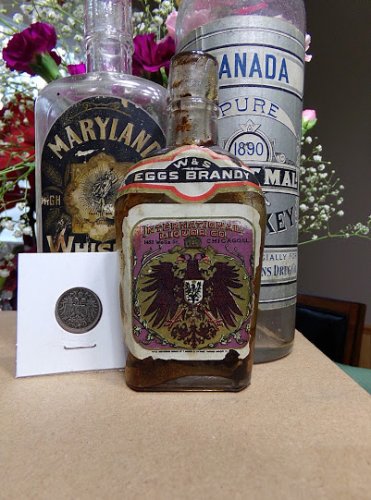 I've been unable to find out anything on either the company or names present on the bottle. 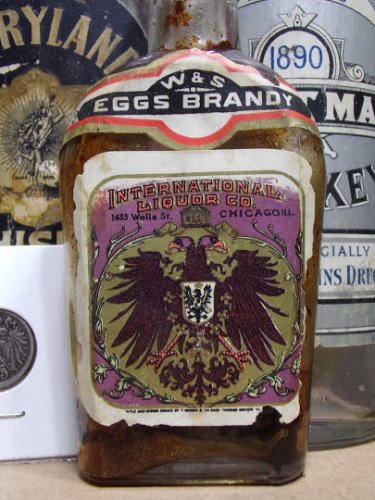 The address, 1433 Wells Street, Chicago, was a boiler place from at least 1917 into Prohibition.
It is, International Liquor Co., Chicago, Illinois.
The Brandy once in here was Eggs Brandy, owned by what looks like:
F. Wagner & Ch. Sack of Th?????? (Illinois?). It's too tiny of print to read smudged. 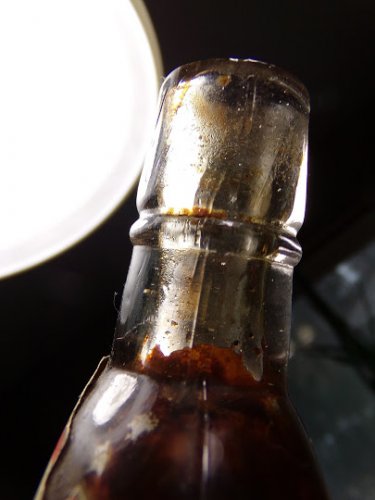 While it is tooled, it shows one seam (pictured above) being moved rather than obliterated. An interesting feature, albeit I've seen it before on newer (1900s) tooled top whiskey bottles. 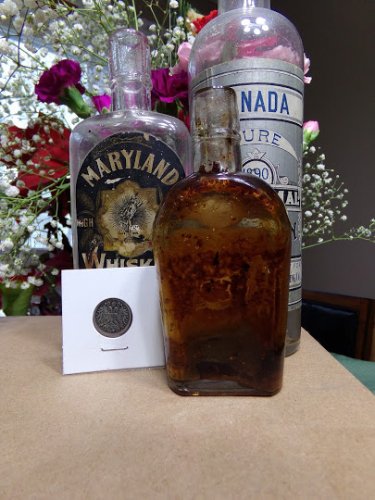 The Brandy is now syrup.

So, questions are:
Anything on the company
Age
Scarcity
Was it a sample (see compared to other Whiskeys)
Eggs Brandy-- Eggs?
B

Can't help at all Bear but I can wish you Good Luck in your quest. That is a great looking label.
Jim

Thank you, Jim. The purple background was also interesting.

I usually can find something in Google Books' directories, but those turned up empty.

Here's another thought: Austria and Russia have a nearly identical eagle, except neither has a bird on the shield. The Germans have a bird on the shield (identical) on an eagle very similar, except the German eagle is singular-- not two-headed.
So is this some kind of mistake on the label designer's part?
You must log in or register to reply here.
Share:
Facebook Twitter Reddit Pinterest Tumblr WhatsApp Email Share Link