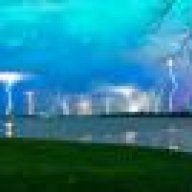 Have you seen any caps from LA or MS from the same time period as the one above? I wonder do they look the same

The majority of the Barq's bottles and bottle caps I've seen are either not marked with a location and/or not described thoroughly enough to know where they are from or when they were made. Not to mention there are so many variations that it would take an advanced Barq's collector to make sense of them.

Here are the only Barq's caps I have been able to find that are from Louisiana. And the only reason I know that is because they have a Louisiana tax symbol on them. But I do not know where in Louisiana they're from or when they were made. Nor do I know if all of the Louisiana caps have the tax symbol or just some of them.

This next cap was described as being from Biloxi, Mississippi, but I only have the description to go by and no picture of the edge markings or other confirmation.

Here's the cap from St. Paul, Minn. for comparison.

As crazy as it sounds, this is the only picture of a Baton Rouge, Louisiana bottle I have been able to find that included a picture of the back. And this particular example was described as being embossed on the base with ...

Which I'm confident is for Laurens Glass 1968

I also found this Baton Rouge ashtray, but I cannot make out what type of bottle it depicts.

Remember what I said earlier about "Biloxi Blues" and "Louisiana Reds" ... That seems to hold true in these example but I do not know how consistent it is throughout the years.
Last edited: Jun 10, 2016

Back to Cascade Bottling Works (New Orleans) for a moment ...

I came across this ad but the description did not include a date. Look close and you will see several Barq's bottles. Based on the advanced machinery it depicts I'm assuming its a later picture. I'm not sure who the man is, but if its Jesse Robinson, remember that he died in 1949.

For comparison, here's the only picture I have been able to find of Jesse Robinson - which is from 1922

I tried to enlarge the Cascade Bottling Works picture so as to read the small print, but I was unable to. It would be interesting to know what it says.

I contacted the eBay seller about this "red label" Barq's bottle but he said it did not have a city or state on it. I forgot to ask him about a makers mark or date code, but intend to do that shortly ...

Here's another "red label" bottle currently on eBay. No city and state, but the base code appears to be LGW 73 for Laurens Glass Works 1973 ...

Jesse Robinson was involved with Cascade Bottling Works in New Orleans at least as early as 1921, which was 13 years before he and Edward Barq made the franchise agreement that granted Jesse the Louisiana territories in 1934. Speaking of which, I have either forgotten or haven't established yet exactly who distributed Barq's soft drinks in Louisiana between 1900 and 1934. I'm assuming it was Edward Barq's "Biloxi Artesian Bottling Works" but I'm not certain. The only Cascade Bottling Works bottles I can recall are Orangine, Big V Five, and the Celery paper label. I guess I'll have to take another look at things and see if I missed any Cascade Bottling Works brands I have forgotten about.
Last edited: Jun 10, 2016

SODAPOPBOB said:
I contacted the eBay seller about this "red label" Barq's bottle but he said it did not have a city or state on it. I forgot to ask him about a makers mark or date code, but intend to do that shortly ...

I got a speedy reply from this eBay seller and he said the base markings are ...

I'm thinking it might be a slight misread for an Owen-Illinois bottle but appears to be from 1975 regardless of who made it.

Regarding the earliest Barq's ACLs ...

No doubt there are other locals, but these three are consistent with the 1939 date. I have not found an acl ad from 1938 or earlier - the earlier ads all depict the patent 1935 embossed bottle.
You must log in or register to reply here.
Share:
Facebook Twitter Reddit Pinterest Tumblr WhatsApp Email Link