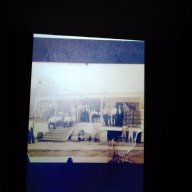 SODAPOPBOB said:
I'm adding another Barq Brother's brand to the list that I'm searching for ...

3. A "Ginger Dew" bottle or paper label
Click to expand... 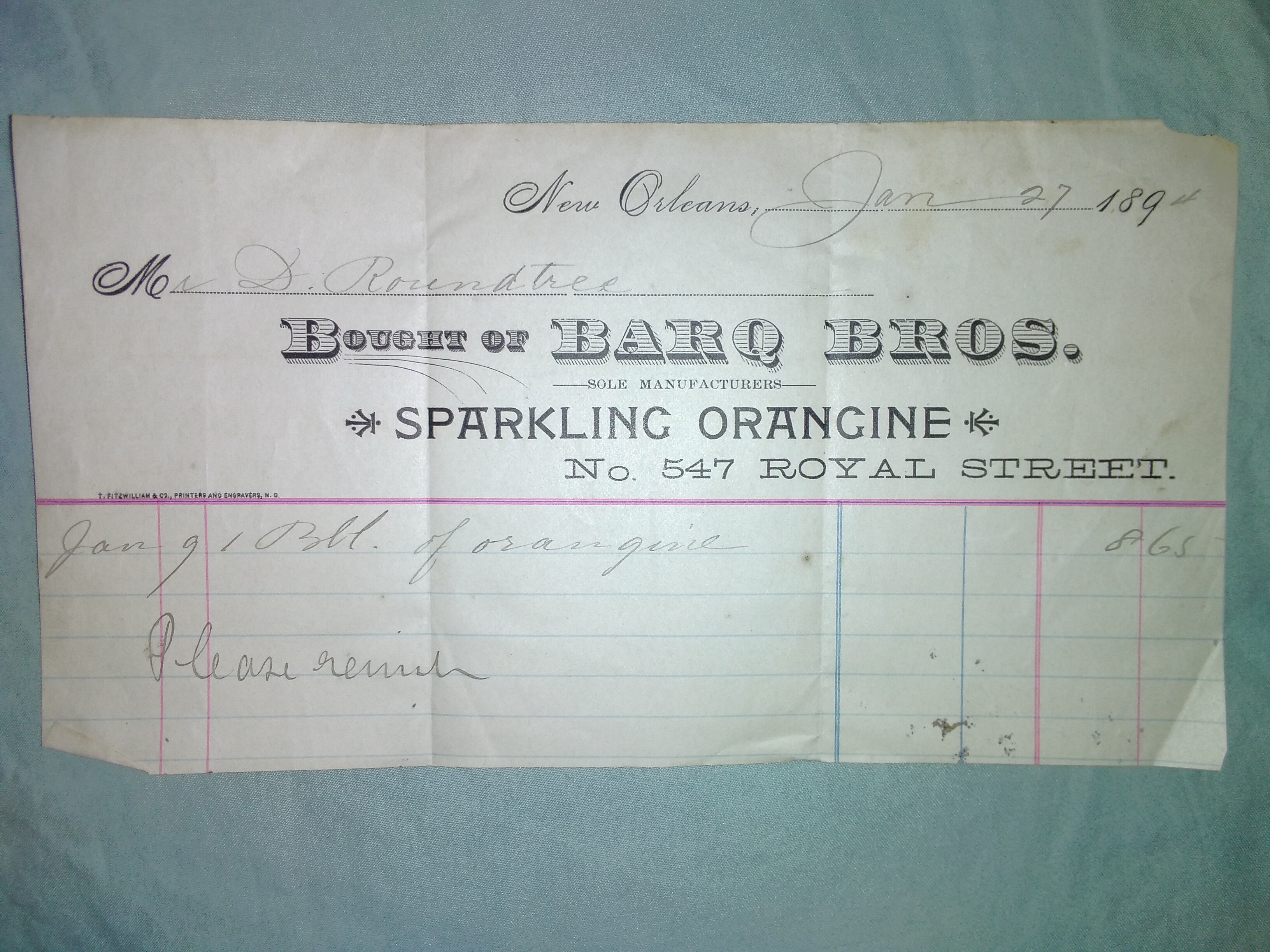 From a 1922 New Orleans newspaper

From a 1979 Newspaper -
Jesse Robinson was not 'adopted' by Edward Barq but was raised by him. I don't know all of the details about their 1934 agreement, but based on the previous information, Jesse Robinson was the owner/manager of Cascade Bottling Works at least as early as 1922.

Here's another brand from the Cascade Bottling Works -

(They also bottled "Orangine" and "Barq's")

I'm currently trying to fill the gap between 1893 when "Orangine" won a gold medal in Chicago and its appearance with the Cascade Bottling Works in the 1920s-30s. So far its a mystery to me what became of "Orangine" after it was apparently first bottled in 1893.
Click to expand...

It was sold in barrels.

Today14 said:
It was sold in barrels.
Click to expand...

That's all I have is the receipt . If I come across any other things I'll let you know . Thanks

Today14 said:
That's all I have is the receipt . If I come across any other things I'll let you know . Thanks
Click to expand...

I have some receipts with Grossman on them from the same time period.

I have been having this Barqs receipt alone with other different papers and receipts it was a few months ago that I realized what it was. I hope this group likes it.

Today14 said:
It was sold in barrels.
Click to expand... 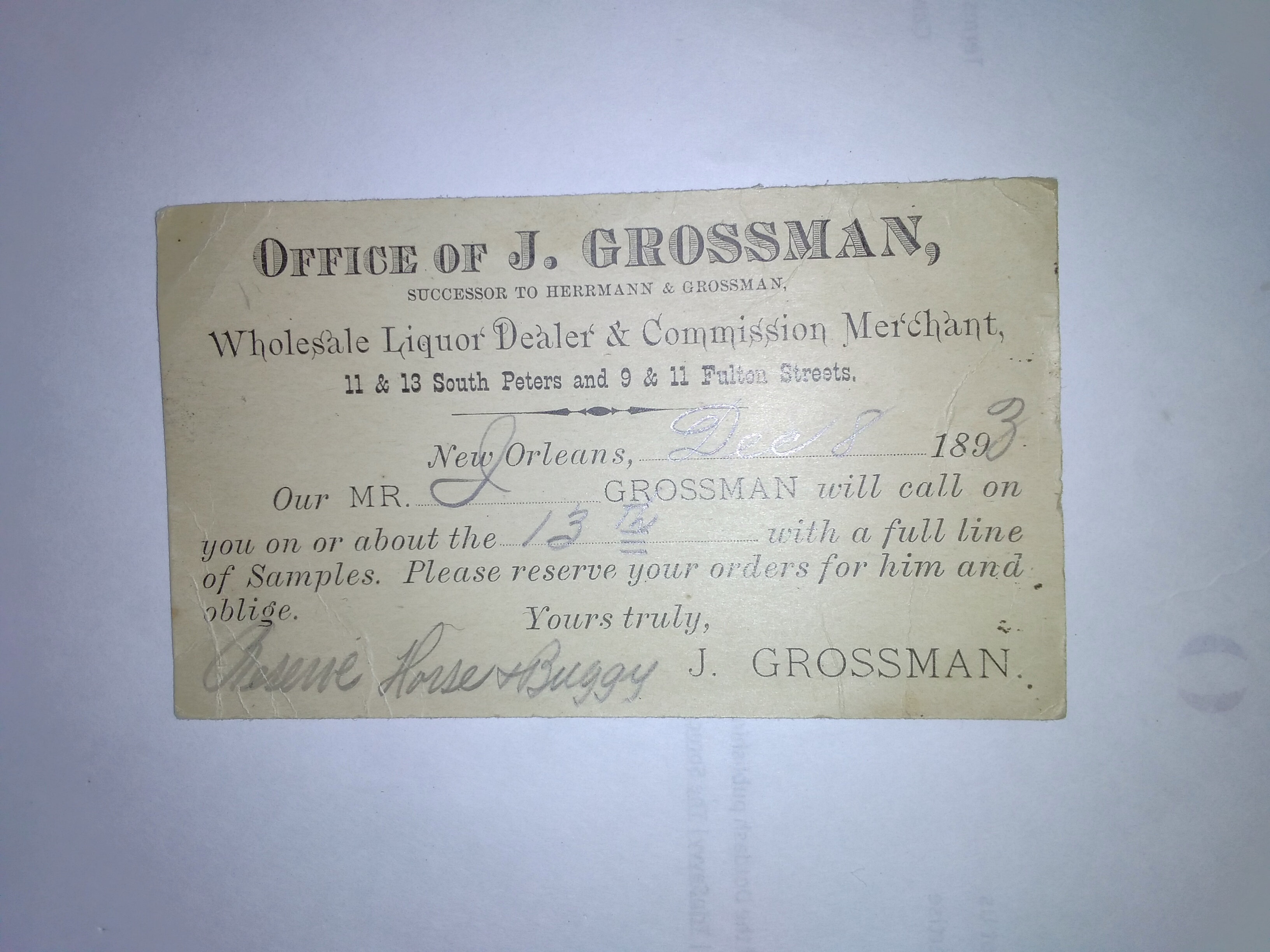 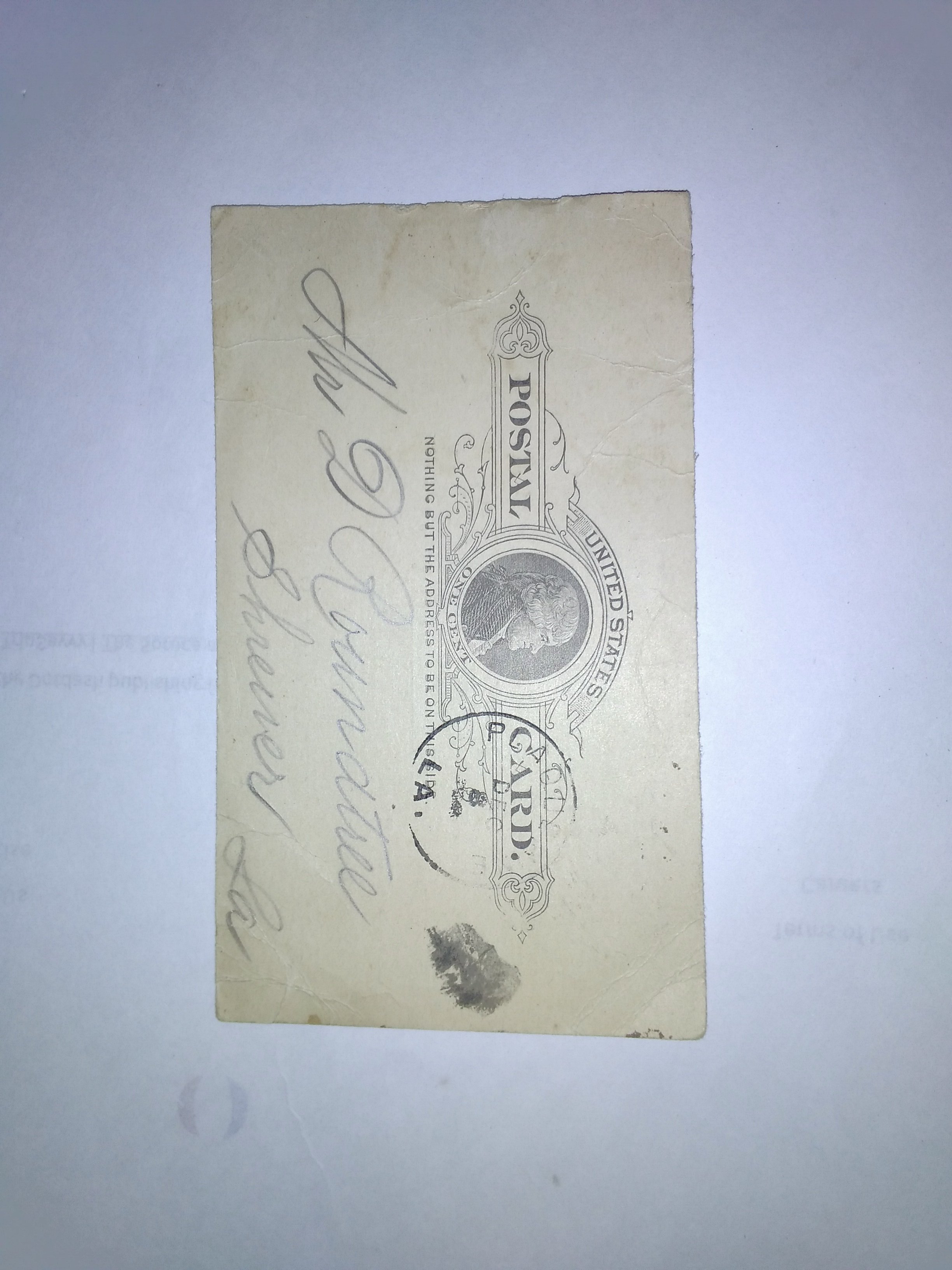 The earliest 'Crown Finish' bottle I'm aware of is an 1895 "Murdock & Freeman" from Portland, Maine. The finish and closure were invented by William Painter in 1892. Even though "Orangine" was around in 1890 and won an award in 1893, I suspect the "Orangine" bottle cap I posted is later than 1895. I'm not sure how long "Orangine" was bottled but suspect it might have fallen to the wayside when Barq's Root Beer was introduced in 1898.
Click to expand...

At least July of 1894 they produced Orangine

SODAPOPBOB said:
New theory about the origin of ...

As this page from a 1950s Barq's booklet confirms, Edward Barq Sr. spent 13 years in Bordeaux, France "where he studied chemistry and the science and art of making flavoring extracts."

As this newspaper article confirms, Edward Barq Sr. was born in New Orleans in 1871 ...

As the information on this link confirms, "about 1884, when Edward was thirteen, Maria Barq once again moved the family to France." (Which also includes some additional information)


Which brings us to this "Orangine" liqueur bottle made by Mispelblom Zutphen in the Netherlands. I do not know how old this particular bottle is, but I do know that Mispelblom Zutphen was established in 1770 and is still in business today.

Here's a map showing Bordeaux, France in relation to the Netherlands, which is north of France ...

Because Edward Barq spent thirteen years in France studying chemistry and flavoring extracts, I'm inclined to believe that at some point he could very easily have encountered, and possibly even experimented with, the Orangine liqueur produced in the Netherlands. Of course this is pure speculation on my part, which is why I use the term "theory" because it goes hand in hand with the word "speculation." But regardless of that, the main thing I'm thinking at this juncture is that "Orangine" might have been a generic term used at the time, especially in Europe, just as the word "cola" became generic over the years in the United States and elsewhere.

I'm inclined to suspect its highly possible that the Barq Brothers Orangine and the Schmidt & Company Orangine both have roots that originated in Europe, and possibly directly from the Mispelblom Zutphen brand of Orangine produced in the Netherlands.

Please Note: This is just a "theory" of mine that obviously requires additional research to either confirm and/or refute!
Click to expand...

SODAPOPBOB said:
I have been searching New Orleans directories and the earliest listing for Barq Brothers is 1894. They are not in the 1890 through 1893 directories. When we couple this with the 1893 newspaper article I posted, it appears the Barqs did not return from France until 1893 at the earliest. But even more interesting than that, the 1894 directory list them as "cordial" manufactures. As we know, cordials are a form of sweet liqueurs. Now I'm wondering if the Barq's first business ventures in New Orleans primarily involved the bottling of cordials and not soda pop? I'm also wondering if Orangine was some type of carbonated/sparkling liqueur and not necessarily a true soda pop? I guess I'll have to think about that question for a while and try and answer it later. In the meantime, here's the listing from a ...

Notice the 547 Royal Street address - which we discussed earlier