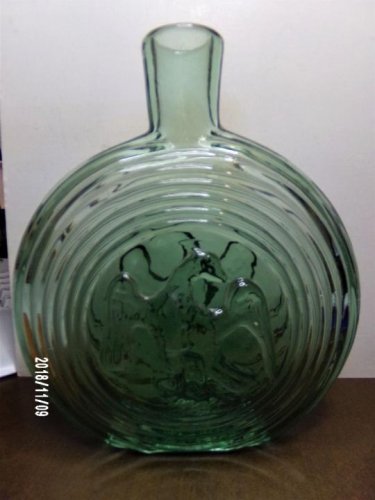 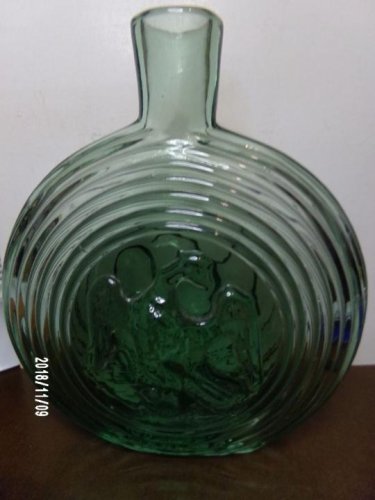 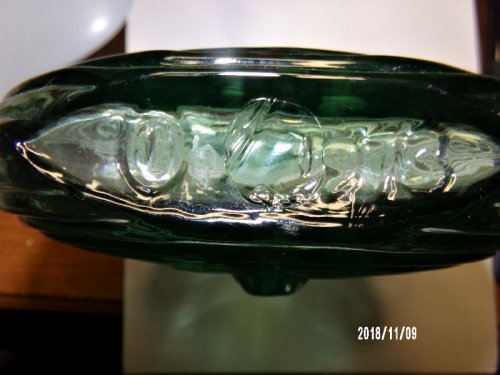 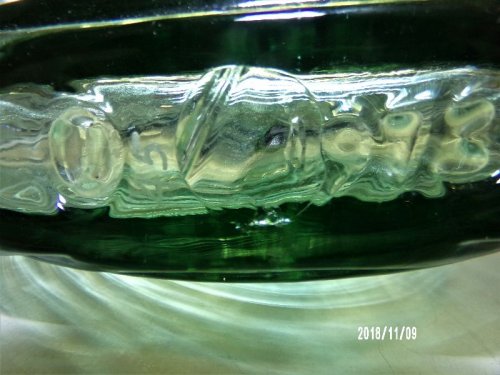 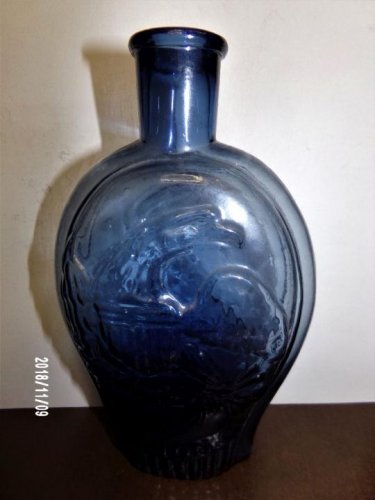 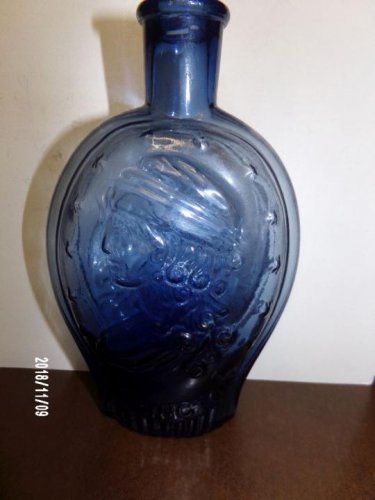 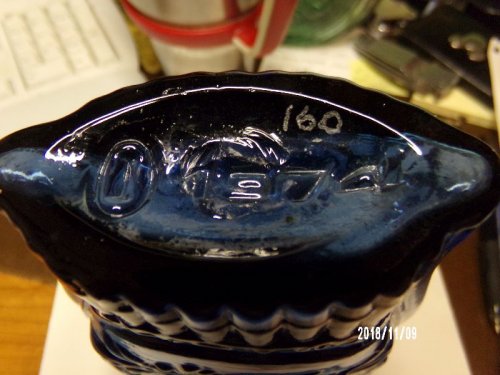 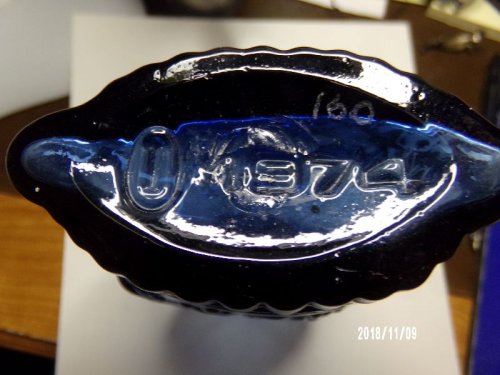 The I within an O logo is very similar if not the same as the Owens, IIlinois mark used from 1954 onwards.
The image below has been extracted from the SHA site.

After a bit more looking I did find that perhaps Owens-Illinois did make some repos, Thanks Old Wiltshire for the info. Here is some info I found on these,

"This flask was reproduced in 1973 for the Historical Bottle Collectors Guild, an affiliate of Owens - Illinois - In 1972 the Historical Bottle Collector's Guild was formed by the Glass Containers Division ofOwens-Illinois. Together with some of the most renowned bottle collectors and Glass historians an advisory board was formed and plans were made to issue a small number of reproductions of scarce original bottles. Members of the committee included, The Director Phillip Williams,assisted by the following S.A. Smith early collector, The late Charles B. Gardner renowned American Early glass collector,American Glass historian and Author of many books on the subject Cecil Munsey, The late Dr. Julian H. Toulouse a collector, and George McKearin one of the finest and most knowledgeable glass historians in the United States. The reproductions by the Historical Bottle Collectors Guild put out by the Owens-Illinois Inc. Works, were very accurate with the molds being made from the original bottles, there were four bottles commissioned by the Guild they are all marked on the base with the logo of Owens-Illinois an I within an O. The original plan called for 3500 of each, which originally sold for $27.50 in 1971. The four bottles are two flasks and two bottles, the Concentric Ring-Eagle CanteenFlask GII-76, Jacob's Cabin Tonic Bitters GII-6, Columbia-Eagle Flask GI-117A,and the Star Whiskey Bottle in Slug plate. Also put out by the Owens-Illinoisin 1929 was the A.Yoerger & Bro., Alton, IL soda bottle with blob top, 600were made. L. A. McCullough replaced Mr. Smith as the director and saw the first of the Guilds work come to production. The first bottle was the Concentric Ring-Eagle Canteen Flask GII-76 called for 3500 flasks to be produced. The end result was quite different however as only 675 were produced. It was determined that limiting the number of flasks would keep the value up as time went on."
Last edited: Nov 10, 2018
You must log in or register to reply here.
Share:
Facebook Twitter Reddit Pinterest Tumblr WhatsApp Email Share Link