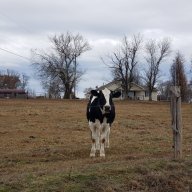 Welcome to the group.

Good one for a window.

Thank you. Glad to be apart of this group.

Hicks Capudine was a highly successful proprietary medicine made in Raleigh, NC. I suspect that the Pure Food and Drug Act of 1906 spelled the end for this product as it did for so many others. But, the manufacturers were still hanging on in 1910. Here's an account from a Raleigh C of C prospectus from that period.

Hicks' Capudine had been
made and sold for some
years and had been so successíul
that it was thought advisable to
put it on the market through the
retail drug trade of the country.

This remedy is a liquid cure for
headaches and neuralgia. It is
pleasant to take and has therapeu-
tic effects, making a cure by re-
lieving the cause.

The officers of the company
are: President, Ashley Home, of
Clayton, N. C, a prominent bank-
er and manufacturer; vice-presi-
dent, J. R. Chamberlain, who is
also president of the Raleigh
Phosphate Company and vice-pres-
ident of the Neuse River Mills. He
is also postmaster of West Ra-
leigh. The secretary-treasurer and
general manager of the company
is Henry T. Hicks, who was born
near Raleigh and has spent nearly
the whole of his life in this city.
He is also president of the Henry
T. Hicks Company, owners of two
of Raleigh's most prominent drug
stores. Mr. Hicks was the origi-
nator of Hicks' Capudine and
other remedies and is a licensed
pharmacist. He is a member of
the Chamber of Commerce and a
director on that bodv.
N

It hung on well into the teens...as a headache remedy I think its was actually shut down by Prohibition, which resulted in a lot less headaches to be had! I've dug holes just loaded with teens whiskey flasks and these Hick's bottles.

Thanks for the pictures. Gripp was a term used for influenza like symptoms. Great bottle.

I was wondering about gripp( thought it might be for wives) lol. The info is much appreciated. I love to know about people's innovation and hard work to make things like taste good headache meds.

I still remember being told that Medication is not Candy. It is not supposed to taste good. I was born in the generation that did not care how it tasted. Now kids have all kinds of fruity flavored vitamins and some meds.

That early Hicks sure has nice clear embossing. Some of the later ones don't. 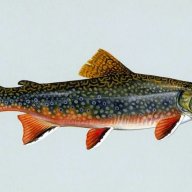