5 pepsis all found in a farm dump.

My Friday 5 poison bottles- love the cobalt poisons but most don’t offer a clue as to what was in them, other than poison! Seems like they needed a lot of that, around, back then. The bottles seem so unique and for me, it’s hard to go wrong with cobalt!

Stepping out of the soda 5- because I’m running low, and would have to go bottle shopping- (oh, no!! Lol) I hear it’s 5 of what you like,so….

Sent from my iPhone using Tapatalk

Just realized I owe you guys 5 for last week, so here are 5 fun ones for last week. I’m thinking that really, the quack/cure/remedy bottles (is there a difference?!) are my favorites.

First we have Piso’s, looking pretty innocent till you realize the base of the contents was Alcohol then you have morphine, opium, a lot of cannabis, a pinch of chloroform -intended use on infant to 80 for the consumption! This is an early one as it says Piso’s cure for consumption then in 1906 a law was passed that they could do say specifically what it cures- so it went to Piso’s cure.

Among the most notorious quack nostrums for consumption (tuberculosis), was “Píso’s Cure,” dating from the Civil War. It was no cure at all, and was cynically promoted by a trio of partners whom one writer terms, “a marketeer, a medic and a moneybags.”

Its marketeer was one Ezra T. Hazeltine, who named the product Píso’s (more on this presently) and the enterprise Hazeltine & Company. The medic was Dr. Macajah C. Talbott (a graduate of the Buffalo Medical School) who came up with the formula for Píso’s. And the moneybags was a wealthy businessman, Myron Waters. All three lived in Warren, Pennsylvania. Founded in 1864, the company had, in a few years (by 1870), expanded the making of “Píso’s Cure for Consumption” by building a factory on an island of the Allegheny River flowing by Warren (Sullivan 2007).

It has been a mystery why Hazeltine used the name Píso. As Jack Sullivan states (2007), “An ancient Roman family bore that name but its members were politicians, not physicians.” However, I offer the suggestion that the name may derive from Willem Píso (1611–1678), a famous Dutch physician and naturalist who was an expedition doctor in Brazil for the Dutch West India company (1637–1644) and who became an important founder of the field of tropical medicine (“Willem Píso” 2018).

In any event, Píso’s Cure originally contained opium—a drug regarded with revulsion because returning Civil War veterans were often addicted, having been treated with opiates for the pain of their wounds. By 1872, anticipating Congress’ ban on opium derivatives in patent medicines, Píso’s hucksters dropped those ingredients from its formula; however, they retained cannabis, chloroform, and alcohol—while not listing them on the label. Píso’s “cured” nothing, only giving the purchaser the illusion of getting better by making him feel better.

Again, in anticipation of more restrictions (which came in 1905 with passage of the Pure Food and Drug Act), Píso’s hawkers removed their complained-of phrase “for Consumption.” They shrewdly replaced it with “for Coughs and Colds” which they claimed were conditions that led to tuberculosis (Sullivan 2007). When in 1907 the FDA cautioned proprietary medicine sellers against using the word “cure,” Hazeltine & Co. changed their labels to read “Píso’s Remedy.” Piso bottles changed as well. (Of two shown from my collection in the photo, both about 51/8 inches tall, the aqua one is oldest, the emerald-green one lacking the word “Consumption.” Píso bottles are also seen in olive and amber.)

“
Stripped of its opiates and in time its alcohol and cannabis, Píso’s reign effectively ended shortly before World War II. However a pharmacist in Warren did continue to concoct small batches of a cough medicine of that name for a time. Chloroform was banned from such products in 1947, and the last vestige I have found of a Piso product was an ad of 1948 (Sullivan 2007; Fike 2006, 74, 104).”

Have u seen this? I can’t find it, but that label is really funny. Lenape liquid.

And then there’s Leonard….

Tiny Megaphones:” Leonard Invisible Antiseptic Eardrums
In the 1900s, A.O. Leonard of New York City engaged in a mail-order business selling his “Invisible Antiseptic Ear Drums,” which he claimed could cure deafness. Artificial eardrums were quite popular during the turn of the century, particularly in the United States; numerous companies advertised and sold all sorts of eardrums as cures for deafness. Some of these eardrum designs were even patented.

Leonard’s business relied on letters from patients expressing their fondness for his product and offering their own testimonies. The product wasn’t cheap–$5.00 for a pair and included “Leonard Ear Oil.” Additional bottles of the oil were sold at $1.00, only for those who had already purchased the eardrums. During 1917-18, Leonard began to cease his mail-order business for the eardrum, instead promoting the “Leonard ear oil” as a separate product. The oil, which boasted it could cure irremediable deafness, was sold through drug stores. The patient was advised to rub the oil at the back of the ear (rather than inside the ears), and in the nostrils. It was supposedly especially beneficial for individuals suffering from catarrh.

Around the same time, the Department of Health at the City of New York obtained some of the oil and analyzed its components. The oil included: petrolatum, soft soap (ammonium oleate), oleic acid, camphor, eucalyptol, alcohol, and water. Shortly after, the Department of Health lodged a complaint against Leonard; he was then arrested and arraigned, judged guilty of making false and misleading claims. On 14 July 1918, he was sentenced to thirty days in jail or to pay a fine of $250. He paid the fine. The Department of Health additionally notified all druggists to discontinue selling or promoting “Leonard ear oil” or even the eardrums.

Leonard may have ceased his business in New York, but apparently started anew in Cleveland, where once again, the Commissioner of Health of Cleveland issued an order to discontinue Leonard’s products. Apparently Leonard also had a Canadian distributor in Toronto (Martby Brothers, Ltd).

This is a classic, but still so fun to read. 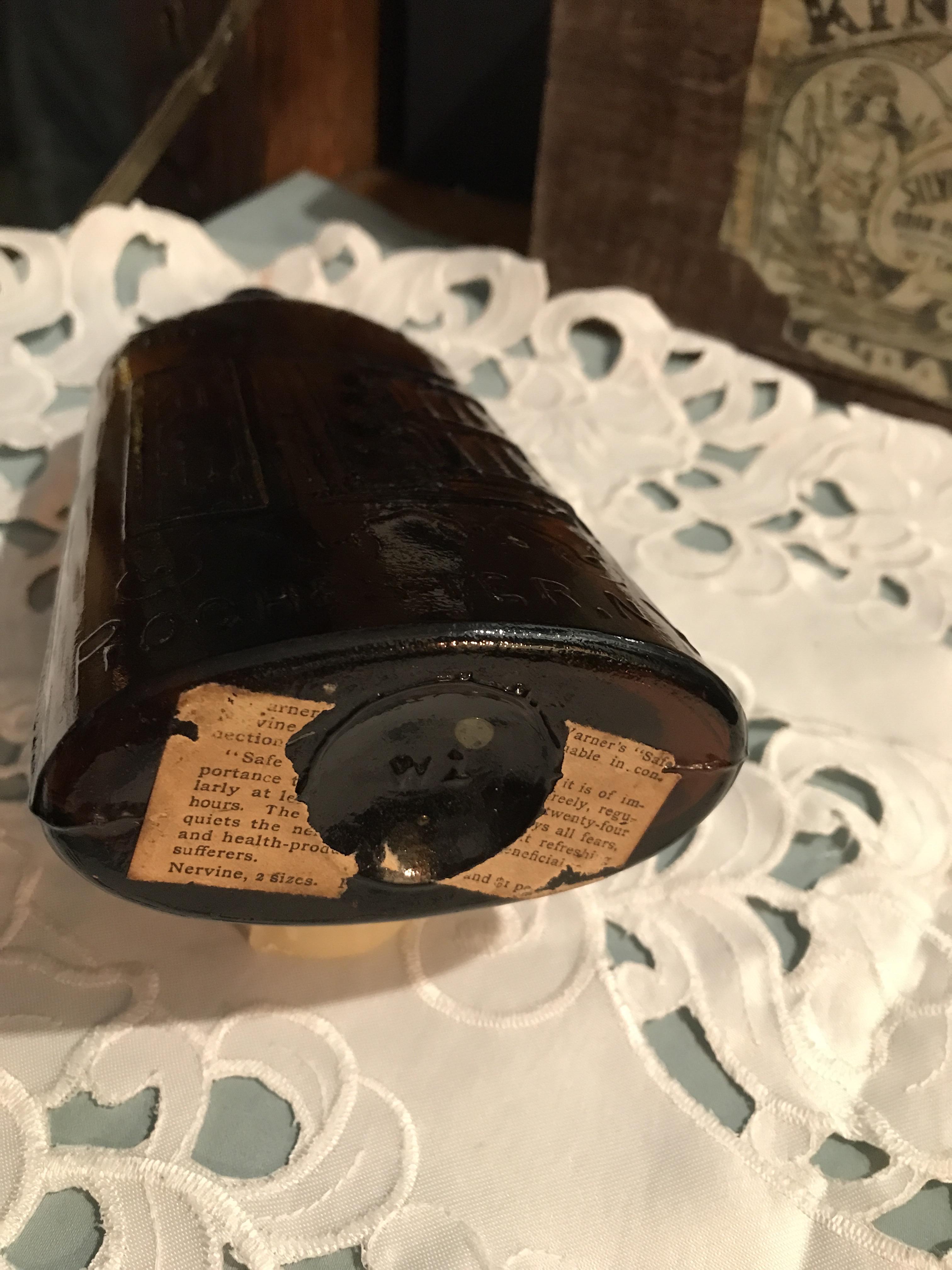 And kemp’s balsam for that sore throat that cough- smokers cough- here, give your kids and everyone some balsam and chloroform! 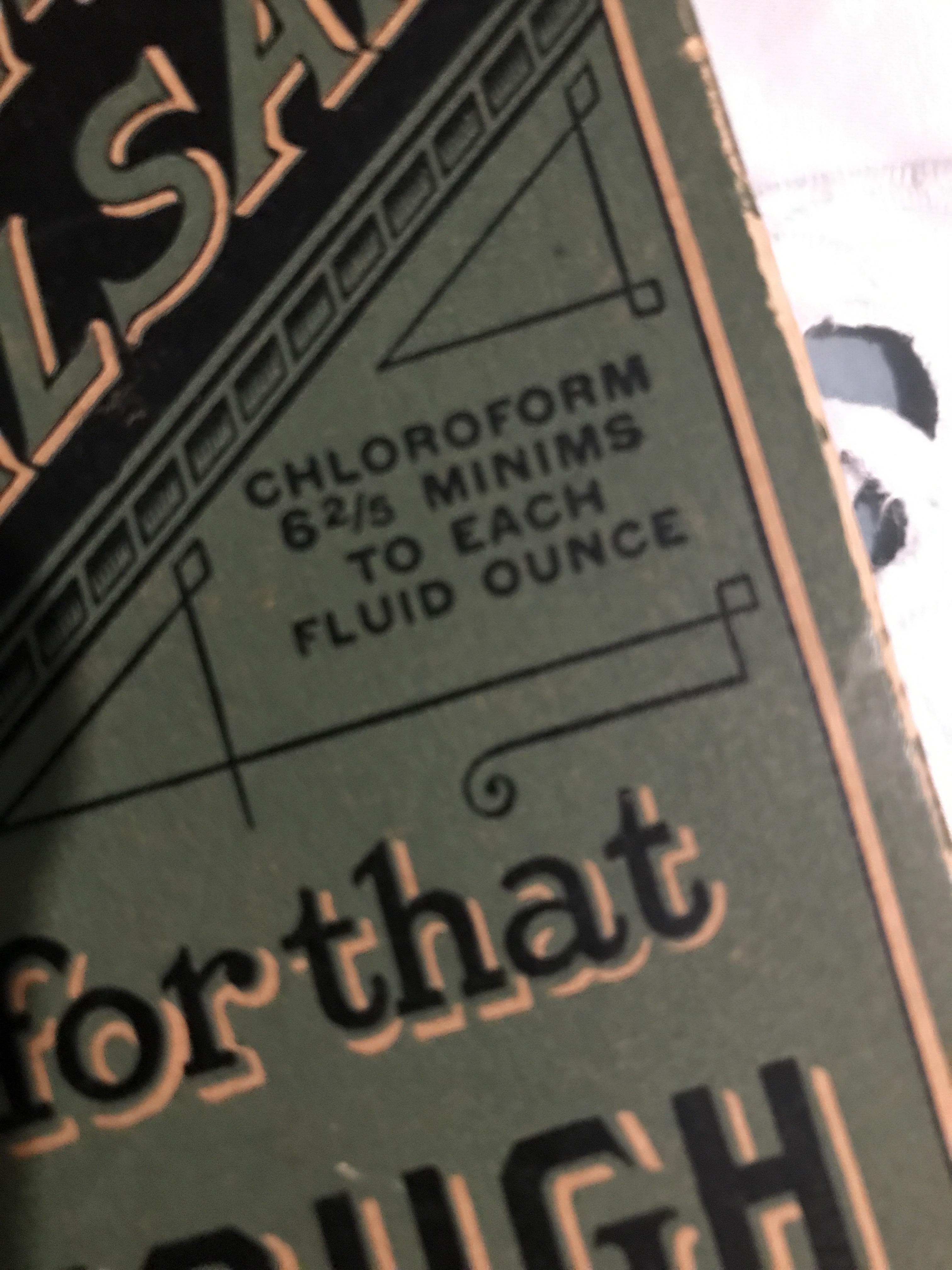 They will sleep good! Love this stuff.

Other than Orange Crush, I have only found a few amber sodas here in Ontario. 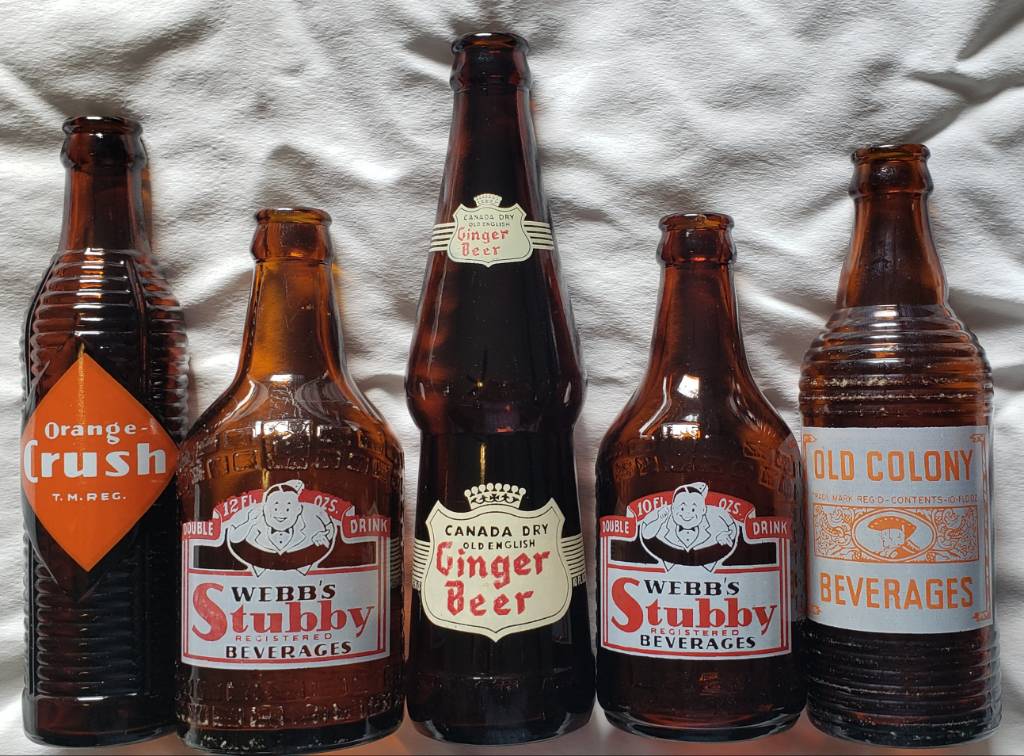 Sent from my SM-G960W using Tapatalk

Hey gang!..Happy Friday the 13th!...it's been a while...here's five of the rarest Mae West Crushes on the planet! 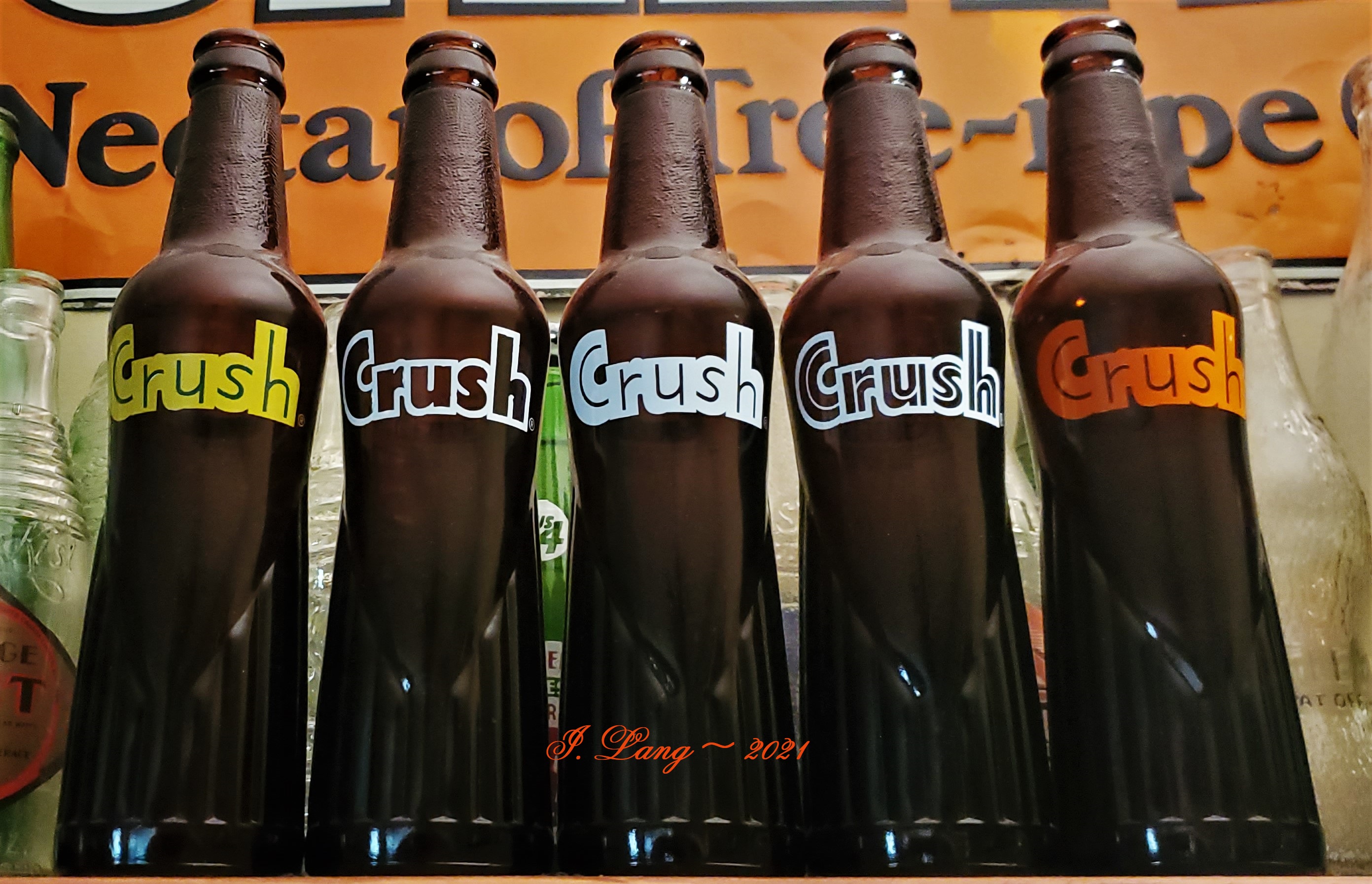 Canadacan said:
Hey gang!..Happy Friday the 13th!...it's been a while...here's five of the rarest Mae West Crushes on the planet! View attachment 228617
Click to expand... 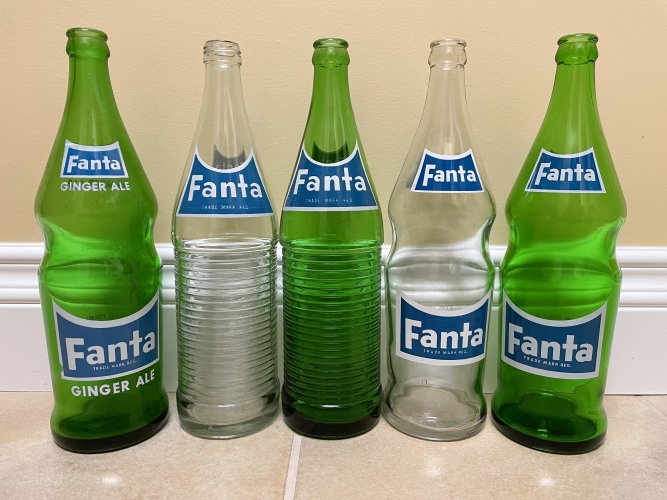 Now, for something different! It’s still Friday so being a little nuts about inks, here’s 5 for your enjoyment. 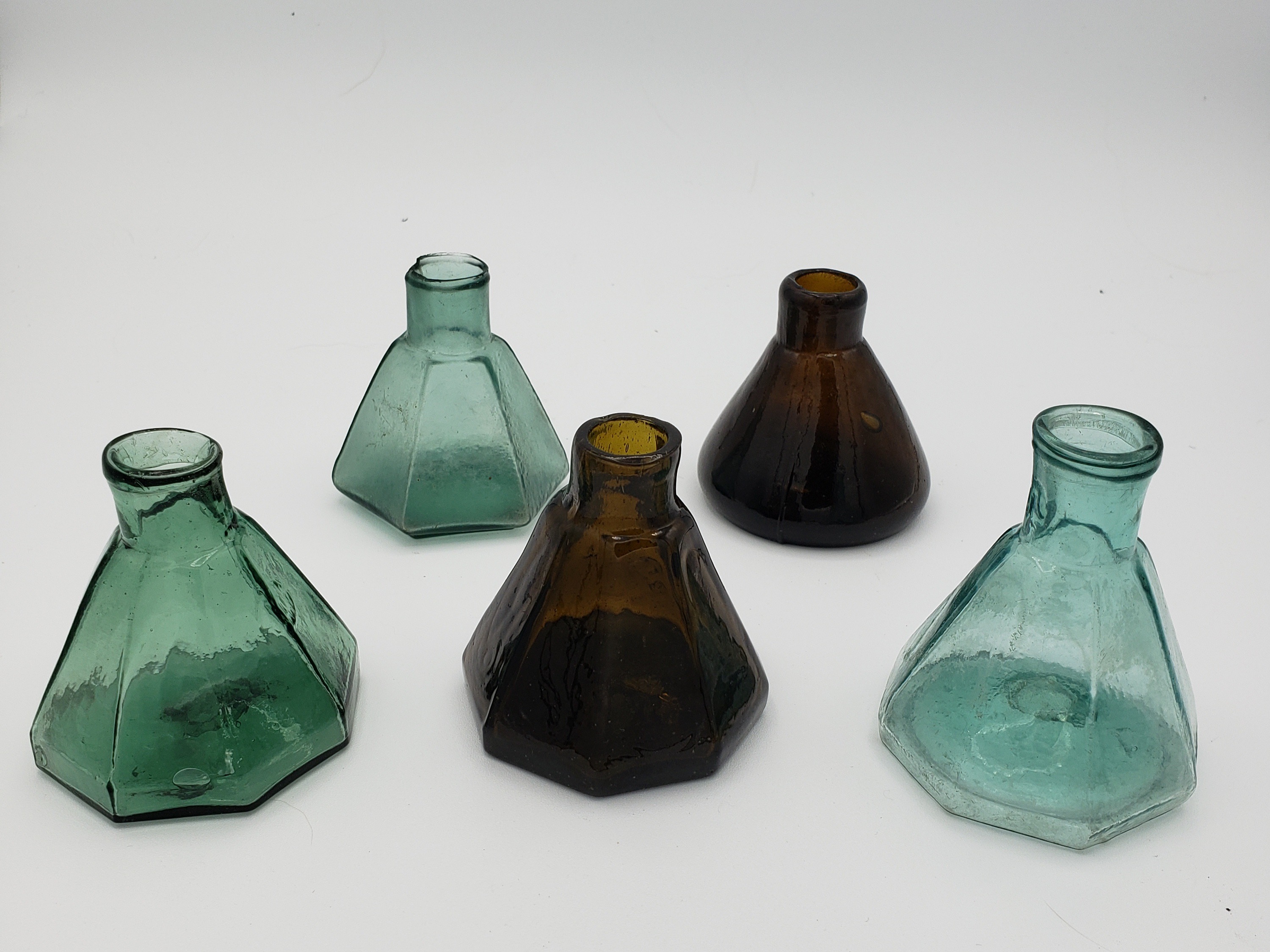 Jamdam said:
Now, for something different! It’s still Friday so being a little nuts about inks, here’s 5 for your enjoyment.View attachment 228641
Click to expand...

Very nice… 5 umbrellas in such nice colors- really impressive! I love the inks, too…. And recently looked up some of mine. They have really gone up in price.


Sent from my iPhone using Tapatalk
You must log in or register to reply here.