Gin Bottle with Asterisk on bottom

From my reading it sounds like they were mass produced mostly in what is now Belgium. I am finding other case gin bottles with stars and x's with dots around them. There's probably a meaning to the amount of dots around the stars, but I have yet to find anything. 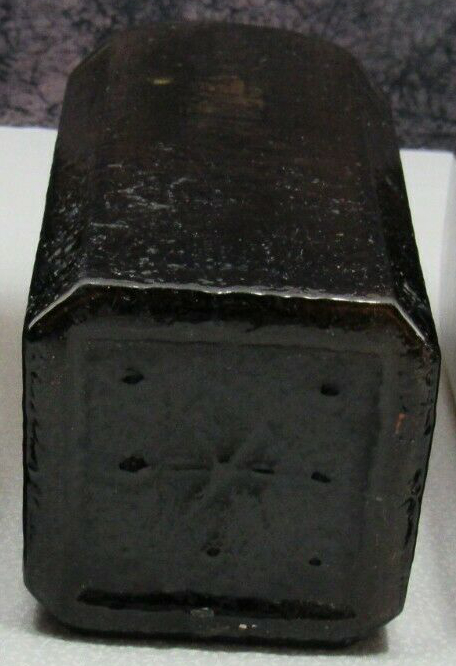 "However, some case gin type bottles were made in the U.S. during the time span of popularity for this bottle type from at least the early 19th century (McKearin & Wilson 1978)."

So there's still a possibility my case gin bottle was made in San Francisco, although I highly doubt it.
C

"However, some case gin type bottles were made in the U.S. during the time span of popularity for this bottle type from at least the early 19th century (McKearin & Wilson 1978)."

So there's still a possibility my case gin bottle was made in San Francisco, although I highly doubt it.
Click to expand...

"These are sometimes referred to by collectors as "shingle mold gins" due to the resemblance of the glass surface texture with that of wooden shingles."

My bottle is a "shingle mold gin," so it's not an American made bottle.

They didn't have any pictures of an American made case gin bottle, and only said it would very difficult to tell the difference, because of the imported materials.

CanadianBottles said:
That's a Dutch bottle, not American. I'm pretty certain it wasn't made in California, I've never heard of case gins being made in the US at all and that one is typical of late 19th century or early 20th century Dutch design and not at all typical of US design from that era. I don't know what the asterisk represents, but I'm sure it's just a coincidence that it was also used by the San Francisco & Pacific Glass Works.
Click to expand...

Case gins were also made in Canada.
C

Bohdan said:
Case gins were also made in Canada.
Click to expand...

Do you have any links to examples of those? I'd be curious to see what they looked like.

I'll have to look for them. I'll get back.
W

Toma777 said:
My bottle is a "shingle mold gin," so it's not an American made bottle.
Click to expand...

I don't think your bottle would be considered a "shingle mold" style, at least not by way of comparison to case gins, albeit early machine made examples*, which exhibit the pattern, and which I dug near Ainsworth, BC in 1971.

I have much too much on my plate right now, so I will not make a promise; but I will try to find and photograph one of the bottles within the next week to illustrate the (strongly) vertically-corrugated side panels.

Edit: I did find a photo online of an older BIM bottle showing the pattern: 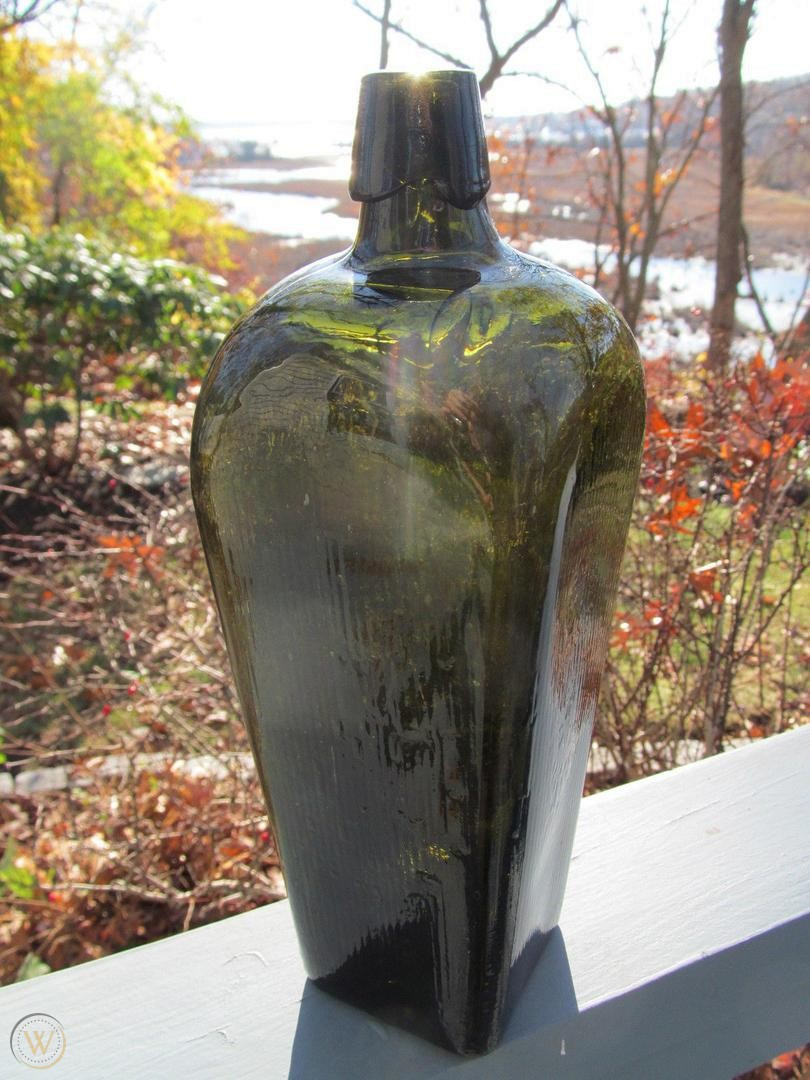 Forgive my statement if your bottle does exhibit the same patterning--it is not evident to my vision in the photo you posted.

I have seen American-made replications of the European case bottles. The ones I've seen were from the early 20th C. I've seen more than a few "shingle mold" case bottles, but I have only one on my shelf -- and it's clearly a Dutch bottle, the A vanHOBOKEN bottle.
On my first web-site, I invited speculation about the purpose for the vertical corrugations in the walls of these late bottles. I recall the best idea was to give added rigidity to avoid slumping as the nascent bottle was removed from the mold. The corrugations also increase the surface area which radiates heat faster, allowing the new bottle to "set" faster. Even modest improvement could be important to overall production. 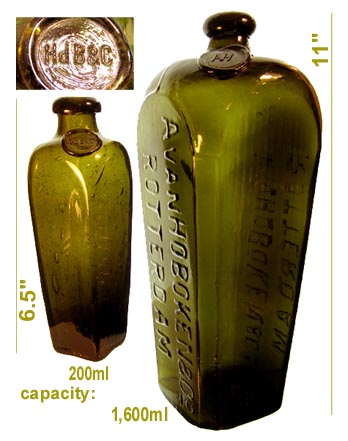 CanadianBottles said:
Do you have any links to examples of those? I'd be curious to see what they looked like.
Click to expand...

Found it !
Search "Melchers" or better yet:

I can't fins out anything on this recent find. Bottles from this dig I have been able to find are circa 1890. There is no case wear on the bottle. It could use a good cleaning. When held up to the light it looks more reddish than anything. No green or olive at all. The only thing similar I've...