Hello.I have a blue Pemberton Globe Flower cough syrup bottle.Can anyone tell me if its valuable?

Welcome! Could you please post a few pictures, especially the bottom of the bottle, thanks!

martyfoley said:
Welcome! Could you please post a few pictures, especially the bottom of the bottle, thanks!
Click to expand...

Rporterfield said:
Hello.I have a blue Pemberton Globe Flower cough syrup bottle.Can anyone tell me if its valuable?
Click to expand... 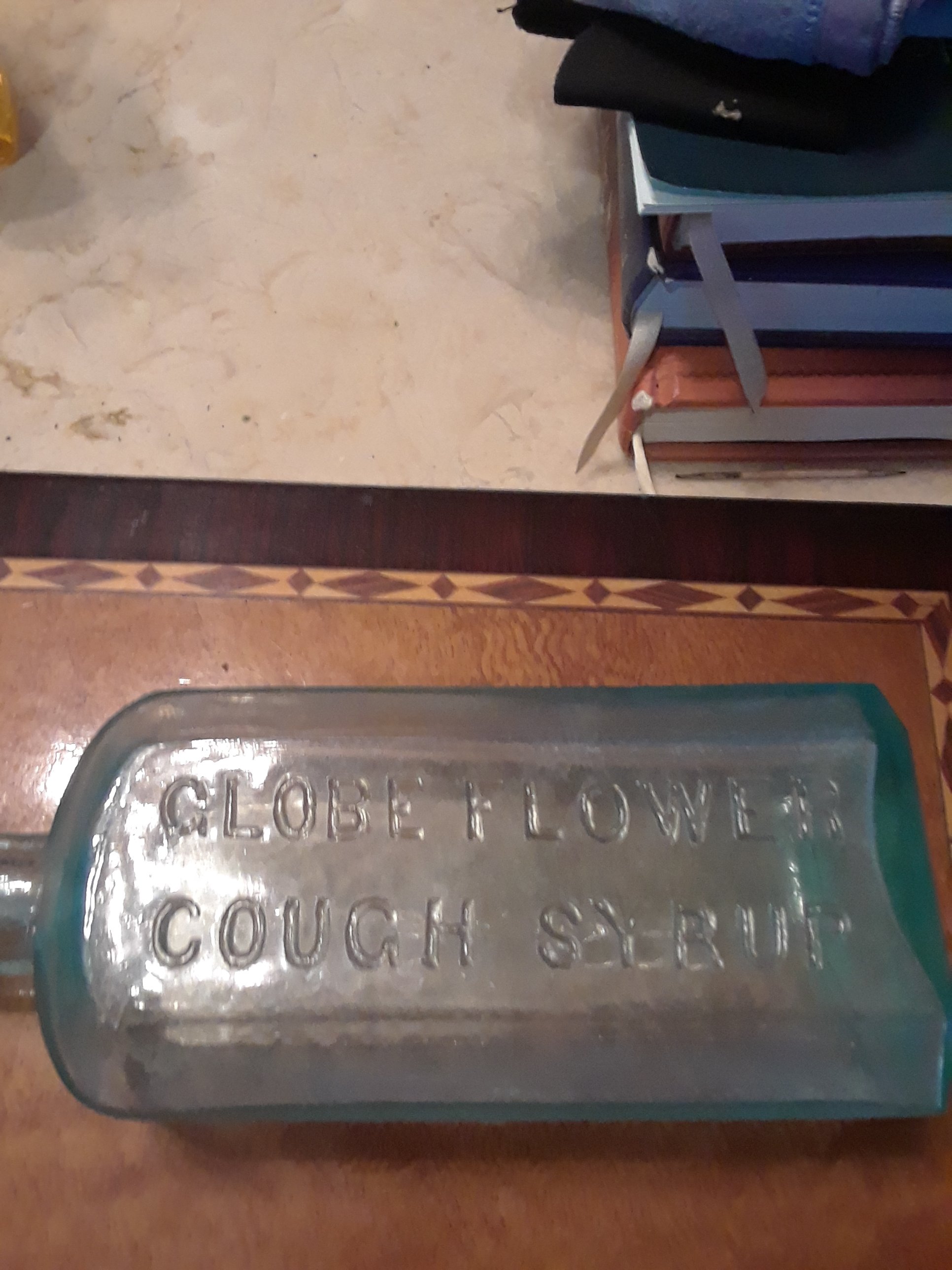 I don't know anything about it, but that's some cool embossing.
G

That’s a cool bottle , Globe Flower Cough Syrup was created Dr. John S Pemberton , who also developed Coca-Cola. From what I can find it was first sold in the late 1860’s and probably till around 1900 or so. Petrettis Coca Cola Collectibles Price Guide 11th edition lists it at $ 65.00 , I know it was printed in 2001 , but with what other similar bottles related to Coca Cola history have sold for ( Jacobs Pharmacy , Candlers Drug Store , etc.) lately , it should have held its value and then some ! For more info on Pemberton , there’s a great write up in the above mentioned Petretti book under History of the Coca Cola Company.

Greendirt330 gave a very correct assessment of the bottle above. I had one a few years back that I sold to the guy who wrote one of the coke books. Have regretting selling it since I live in Georgia, so would be interested in buying yours if undamaged and for sale.