Mom has a little gold plated hadacol bottle with the original embossed box. Was a personal gift from the brother of Dudley Leblanc. In very nice condition. You can read the ingredients and everything on it. She's retired now and going through all of her stuff and asked me whether she should trash it. I said no let me see if I can find out anything about it. Hoping it's worth something. She's always dreamed of going to Europe. Can't find anything like it on the web other than a mention that Dudley Leblanc gave one to some festival beauty pageant winner once upon a time. Anyone know value or a place that will appraise an item like this? Thanks!

Thanks for stopping in with your question. I'm sure everyone would like to see some photos of the box and bottle. It sounds like quite a slice of Louisiana history 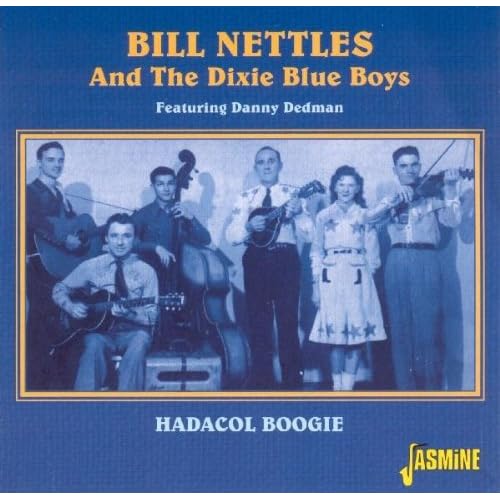 From a bottle collecting perspective, the non gold ones may not be too valuable. Does Mom have any provenance from Dudley? "Hadacol was a patent medicine marketed as a vitamin supplement. Its principal attraction, however, was that it contained 12 percent alcohol (listed on the tonic bottle's label as a "preservative"), which made it quite popular in the dry counties of the southern United States. It was the product of four-term Louisiana state Senator Dudley J. LeBlanc (1894â€“1971), a Democrat from Abbeville in Vermilion Parish. He was not a medical doctor, nor a registered pharmacist, but had a strong talent for self-promotion. Time magazine once described him as "a stem-winding salesman who knows every razzle-dazzle switch in the pitchman's trade". From wiki-hadacol. "LeBlanc created the name "Hadacol" from his former business, the Happy Day Company, maker of Happy Day Headache Powders (which had been seized by the Food and Drug Administration (FDA)) and Dixie Dew Cough Syrup. "Happy" became "HA", "Days" became "DA," "Company" became "CO", and his own last name "LeBlanc" provided the "L". Hence the created name was "Hadacol."[5][6] However, when LeBlanc was asked about the name, he would often joke, "Well, I hadda' call it something!"

There's an excellent article ICI, that starts off:

"
"What's Hadacol? Well, basically, it's a patent medicineâ€”a little honey, a little of this and that, and a stiff shot of alcohol hyped up with vitamin B. Actually it's a great deal more. It's a craze. It's a culture. It's a political movement."

One of the Federal Trade Commission's "customers" during the summer of 1950 was a Louisiana state senator named Dudley J. LeBlanc. Pausing briefly to sign a stipulation which promised to tone down his advertising claims, LeBlanc quickly turned his amazing energies to promoting the gaudiest comet to flash across the nostrum sky in the 20th century. Hadacol was, as Morris Fishbein said, the "apotheosis of nostrums." [2]

LeBlanc, during the heyday of his fame, was fond of telling inquiring reporters how it had all begun. In 1943, he said, he got a bad pain in his right big toe. The pain spread to his knees, his arms, his neck. Three different doctors gave him three different diagnosesâ€”gout, arthritis, beriberi. Each treated him without success. While in a New Orleans hospital, he overheard his wife say: "He really is sick. I never saw Dudley so bad. I just don't know if I'll ever see him alive again." [3]

LeBlanc sought to escape from the hospital. As he hobbled out he met an old friend, another doctor, who told him he looked like "walking death." Hearing LeBlanc's symptoms, the doctor offered to cure them. So LeBlanc went with him to his office for an injection. Like magic the medication began to cure his condition. Each shot brought further improvement. LeBlanc was naturally curious. So he asked: "Doc, whazzat stuff you got in dat l'il ole bottle?"

"Dude, you crazy?" the doctor answered. "You think I give away my secrets to a man in the patent medicine business?"

Several days later the doctor was busy and told his nurse to give LeBlanc his shot.

"She wasn't so smart as him," LeBlanc later reminisced. "Nor so careful either. She left the bottle on the table. When she finished I gave her that old Southern Chivalry, you know, ,after you, Gertrude.' As soon as she turned her back I shoved the bottle in my pocket."

Taking the bottle to his hotel, LeBlanc read the label, then got some books to find out what the label meant. His injections, be found, were mostly B vitamins. "Then I figured to myself," LeBlanc said, "this is it." 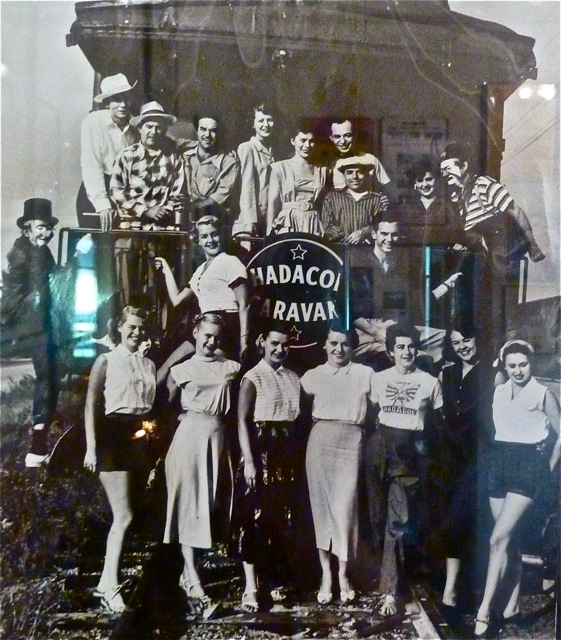 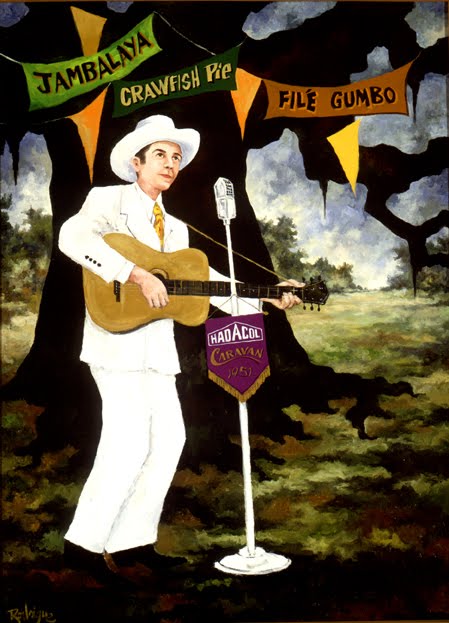 "The Hadacol Caravan makes its way down a crowded Louisiana street in 1950." From. As far as provenance goes, she has the paper she ended up writing about her interview with him, but that's it. I can't upload a pic right now because I only have an iPad until I get home, but I will post pics this afternoon when I get back to my house. It's very cool and extremely detailed. Really hoping you guys can help me value it or point me in the direction of a reputable appraiser of this kind of item. On a side note, another interesting connection is that we are relatives of old Huey and Earl long, who had a somewhat testy relationship with Dudley Leblanc. My grandfather is prolly rolling over in his grave that I'm admitting this. He used to pack up the family and leave town when Huey came to town politicking, so that he couldn't stop by the house and therefore let the neighbors know we were related. He thought Huey was crazy, but I think it is cool. Lol will post pics later today!
S

So seldom we see a bottle that has it's own songs., or comic book "hero."

okay here's some decent pics of the bottle and box. hope this helps you guys help me in finding a value or someone who can value it!

Nice one, special made for sure! I didn't realize it was an embossed label. It's got worth but find more on the provenance. I can't help you with value unfortunately but it's there. It kind of looks ceramic, can you say?
You must log in or register to reply here.