Today was the first sunny day we've had since the water went back down. It's supposed to cool down after today, so I took the afternoon off to see how things looked. The bank runs 6 to 8 feet above the water during normal conditions, and the amber Hannis was laying in the sand that was left in the woods when the creek was out of its banks. It was cool to find something before I even made it to the water, but sometimes finding something that quick has jinxed me in the past. I got in and started downstream and found the Chero-Cola, left it sitting on a bar and headed on until a big tree had me blocked big time. Figured I'd come up from another put-in another day and turned around for the trip back upstream, doing the close looking with my bucket now. I got to a spot that has produced in the past, sorta like rapids compared to an otherwise lazy creek, and spotted the pottery bottle laying in full view on the bottom with the bricks and junk. I pulled it out, and was like wow, my first ginger beer, and not even a flake, just perfect. I know they aren't worth much, if anything, but it's golden to me. Thanks for looking! 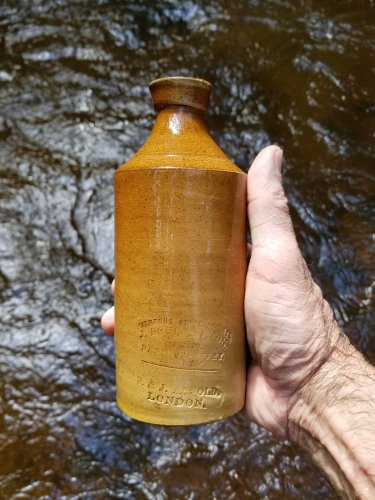 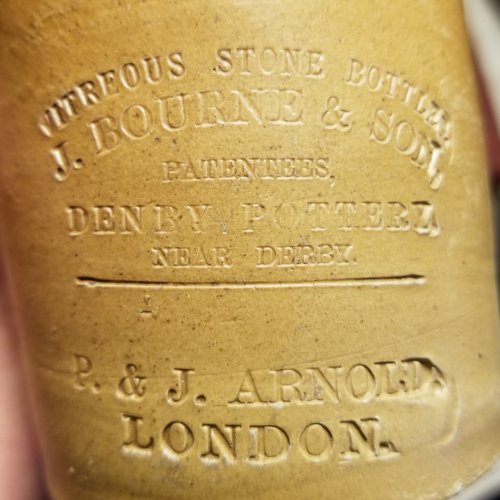 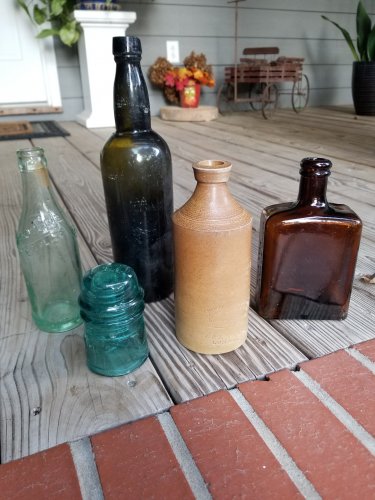 Even stuff that has little value has Sentimental Value when you find it yourself. Congrats. LEON.

Nice finds sandchip. Value sometimes is secondary to the enjoyment of finding unbroken bottles like those!
C

Nice finds! I think your stoneware is actually a master ink, not a ginger beer.
S


CanadianBottles said:
Nice finds! I think your stoneware is actually a master ink, not a ginger beer.
Click to expand...

Thanks, guys. That possiblility just hit me about five minutes ago as I looked at the shape of the top. A lot better for pouring than drinking. Thanks again for confirming that!

Beautiful stamp on that stoneware!
M

Awsome stuff! And in great shape too!

I went back yesterday a ways further down so that I could cover the stretch below where the tree had me blocked. Aside the absolutely beautiful day, the good Lord blessed me right off the bat. I hadn't gone 20 feet and was gonna look between the riprap at the entrance to a culvert. My right foot slipped hard to the left and down I went. My right hip hit one of the big rocks as my right hand went down to break my fall. That sure didn't feel too good, but I got up with maybe a tablespoon of water on my pants above my waders; fire radio, pistol, cell phone all dry and both bad knees feeling fine. As any of the old timers here will attest, a fall like that at 60 could've been disastrous, so if I hadn't found a thing, I was still one blessed old fool.

Well, enough of that. Trying to be a little more careful, I headed on. Found another Chero-Cola from Montezuma, Ga. with the backwards "N", just like the other one. I have one that my brother found in a hardware store over 40 years ago, but had never found one. Now, two in a week.

Kept moving upstream and came to a tree, went around it and spotted an aqua crown top at the edge of a bar. Another slick beer as usual, I thought. As I picked it up, I felt a heap of embossing and turned it around to see Chattanooga Brewing. Nice! An upgrade to the only other one I had found years ago which was a pretty sandblasted. It was full of sand and gravel with two pebbles firmly wedged in the mouth, so I turned back toward the tree where the light was a little better so that I could work on getting them out. That's when I spotted the pipe. Hot dog! Not five minutes earlier, I was thinking how you'd think I would've found a pipe in 45 years of looking a creek right here in town. Two (the other was in another creek out in the country) in a year made me a proud papa.

I kept the Whitney Glassworks base, because you rarely see stuff like that around here. I'll put it on my desk with all my other broke stuff for something to look at.

So, nothing earthshaking, but a great day, with my health being the biggest prize. 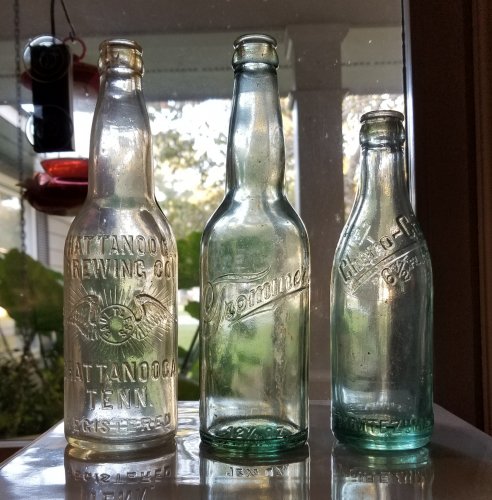 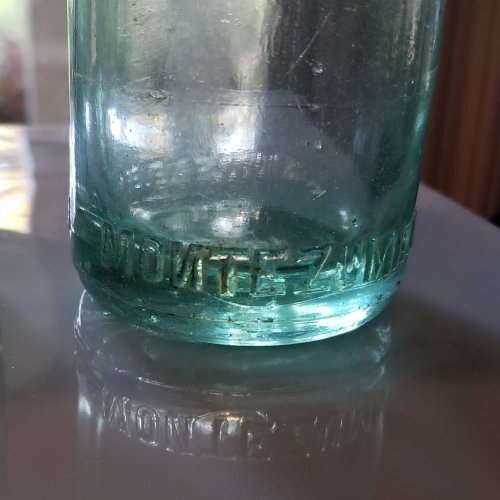 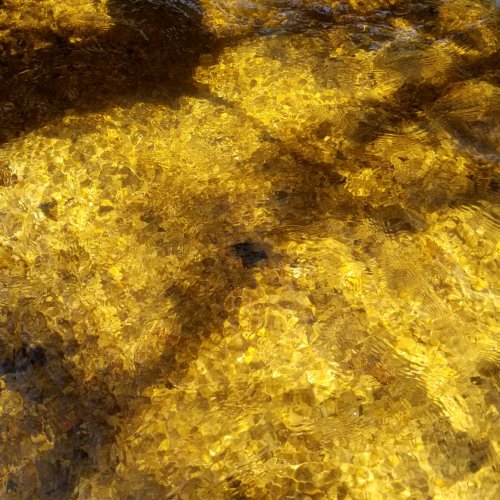 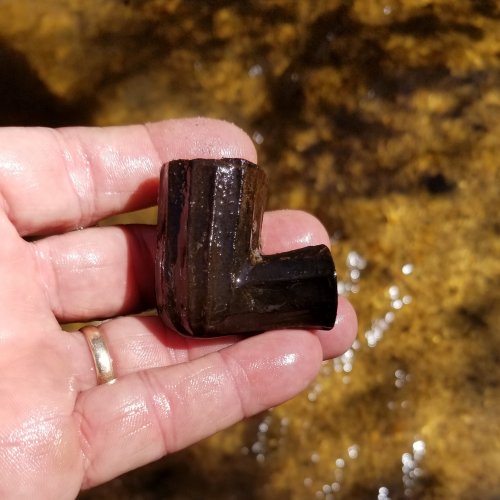 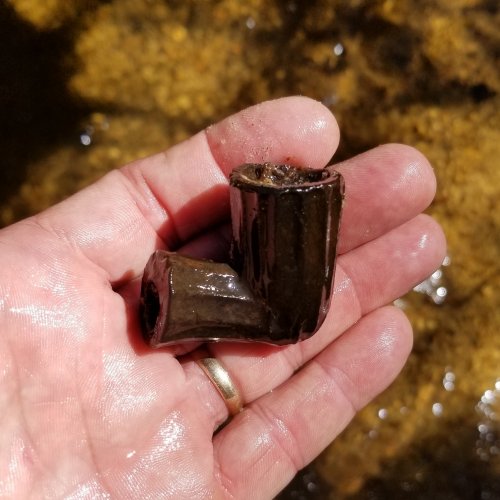 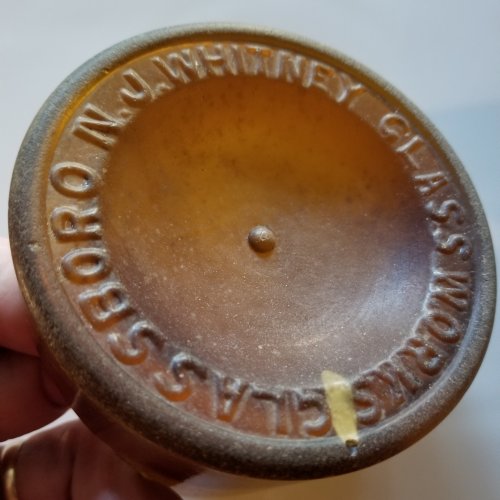