I’m not sure about this one. Looks like blown flint glass with ground Pontil and good differentiated wear on base. Very symmetrical for hand blown so not sure of age or use but guessing ink or bird feeder. Any help appreciated please.

Gee, I really can't say. The proportions just don't look quite right for an ink, but who knows? 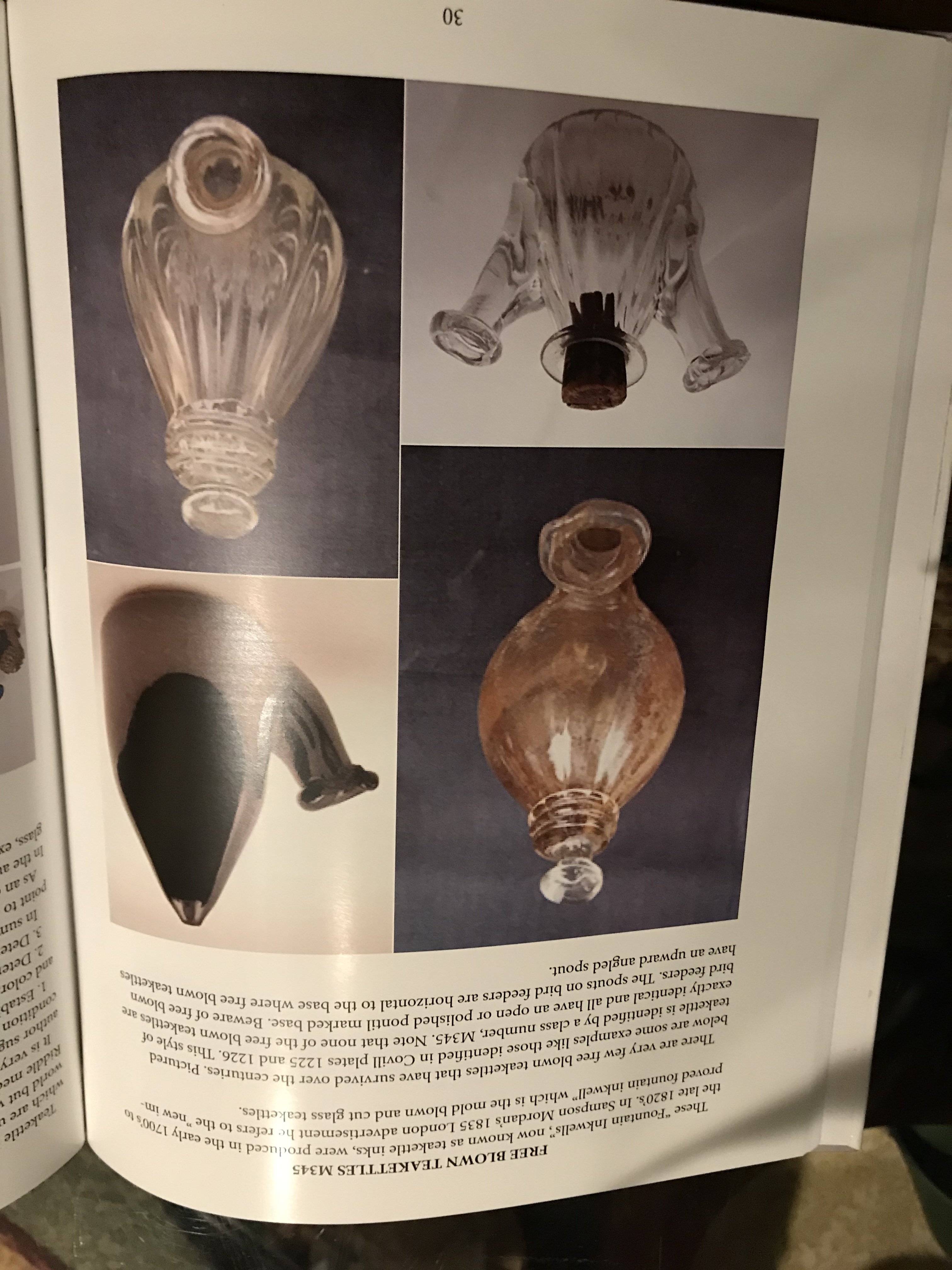 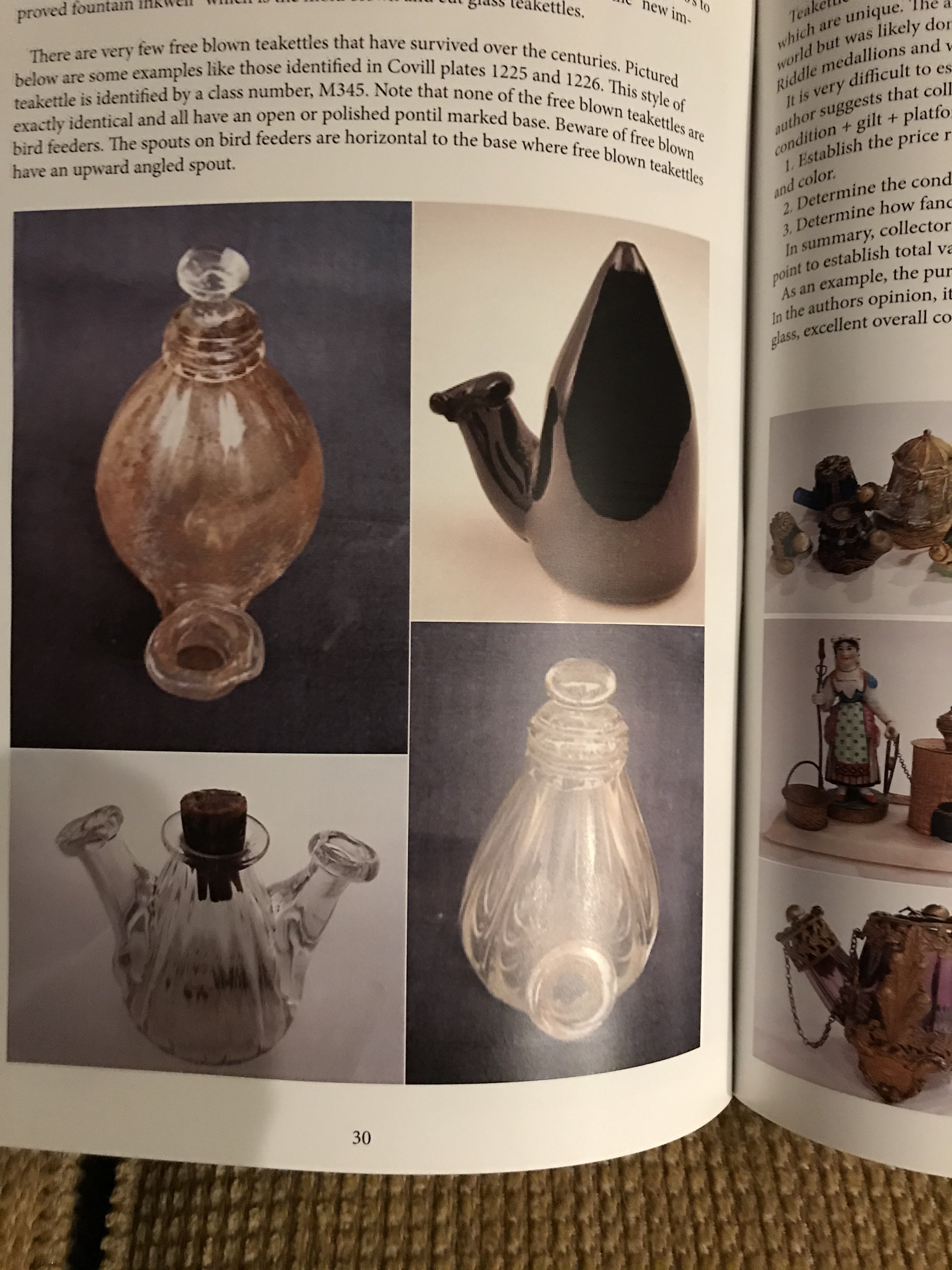 I see what you mean. In my comments concerrning its proportions, yours is more squatty in appearance, but that would not necessarily disqualify it from being an ink, just not what is the norm. The squattiness, in fact, would help to support its probable use as an ink in that it would be less likely to be turned over. The ground and polished pontil mark also supports that it held a place of special importance, such as the desk of some well to do individual. On the other side of the argument however, the angle of the spout would make the angle of pen insertion a little awkward. Also, the spout location on the side rather than further up on the shoulder would lessen the amount of ink that it could hold. In short and as I mentioned previously, I simply don't know for sure. Very interesting piece though.

Thanks for your comments. Some of the fun with collecting bottles is the mystery with some pieces.
D

Have you thought about a piece of lab equipment? Some one went to a lot of work to make that.

That’s an interesting thought. Now I’m going to have to research some old lab glass. I’m up for it. Thanks! Not giving up on it being an ink. Hope abounds.
T

How about a fly trap where you dangle something sweet from inside the top and flies enter through the side and always tend to try and get out at the top of any jar etc.
You must log in or register to reply here.