Location
Lived and raised all my life in Kissimmee Florida

I have several “medicine” bottles never opened and used. Several years ago I posted here and made an attempt to find out more about the company of each one. The “Costal” bottle is an unknown. I can find no information about that one. I called Savannah historical society, businesses and any other place I could think of just to find out about he company. Has anyone ever come across this? I’m throwing in the photos of the other two for kicks n giggles. Also, are there any suggestions about how I can keep the paper cartons from deteriorating other than not handling. Which I do very minimum of. It causes me pain every time I have another piece flake off.

You should start at NEWSPAPERS.COM. There aren't any ads for Cos-Tal, but there are several hundred for the other two. I believe that old business directories can be found through ANCESTRY.COM. Happy hunting.
R

Only thing I could find is this court case. The old maps I have access to don't show a pharmacy there, but they are pretty old. That bottle looks 40-60's I think, just guessing though.

Ok, so you have the info on the box as to what the medicine was and what it "cured", so here is a little info about the druggist that sold it and some cool photos of the store!

Hitt was born in 1884, in Georgia USA; although sources give his date of birth as anywhere between 1884 and 1889. He had quite a sad life if Ancestry is anything to go by! 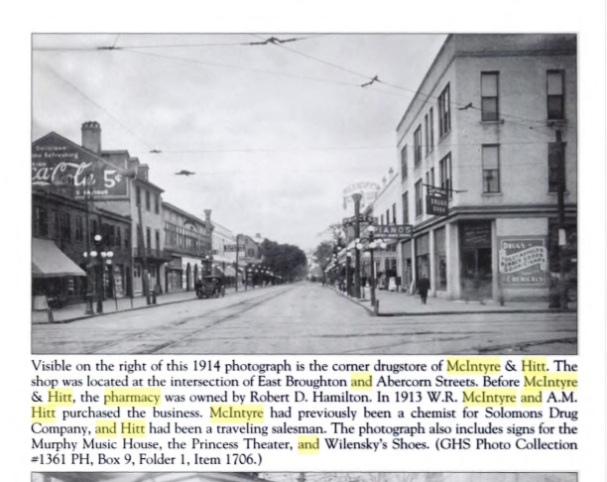 In 1913, Hitt and W.R. McIntyre bought a corner Drugstore. McIntyre was already a Pharmacist and Hitt had been a traveling salesman. They named it 'McIntyre & Hitt'. 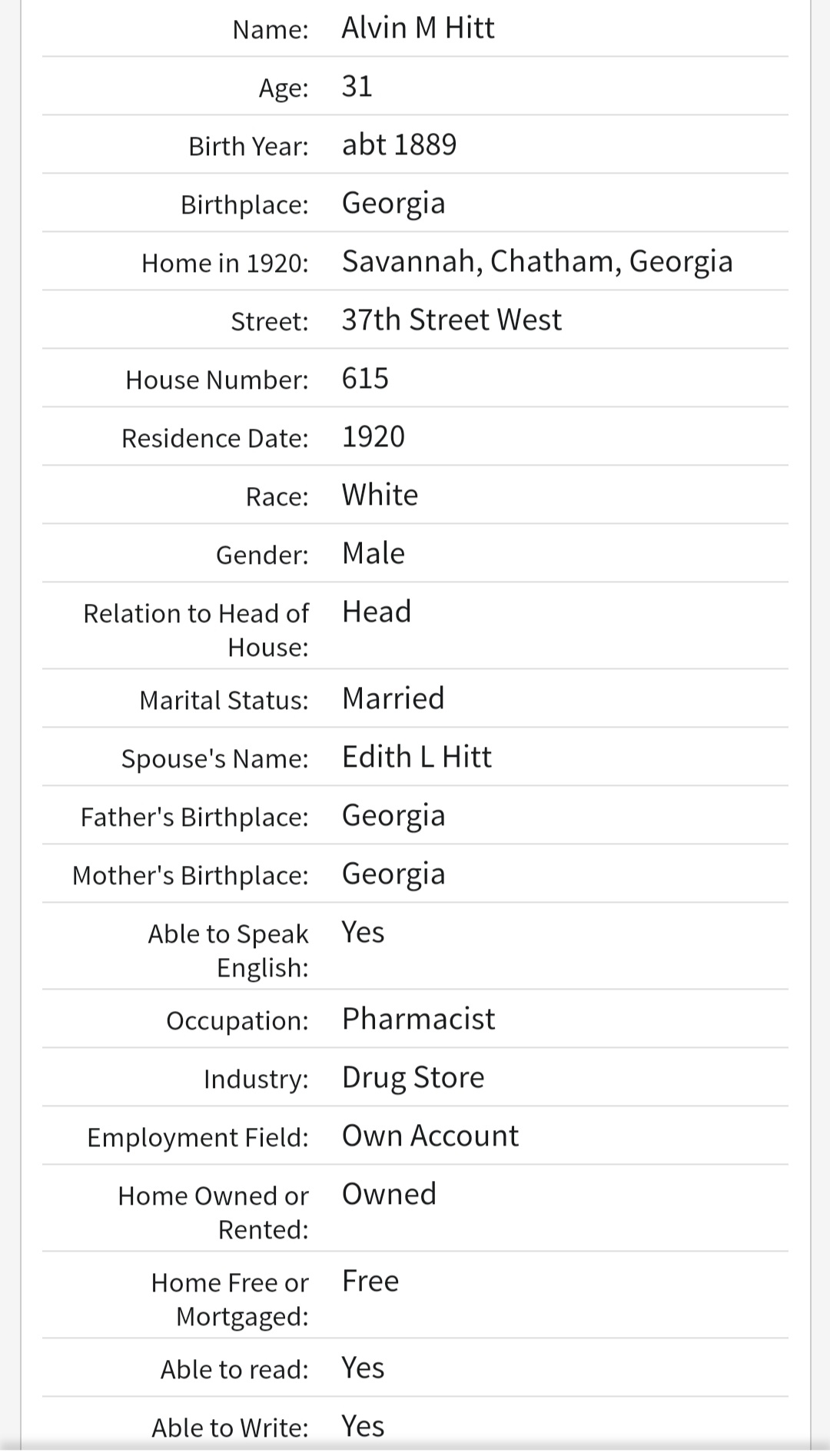 Hitt was married to Edith, they had been married for 4 years and he is listed as a Pharmacist in a Drugstore and a homeowner. 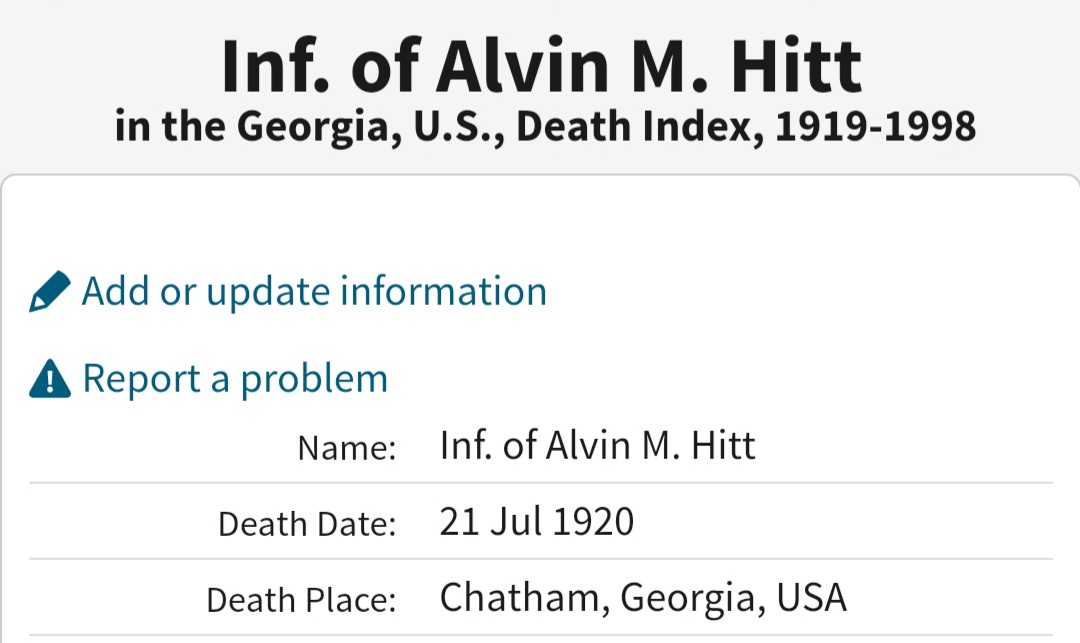 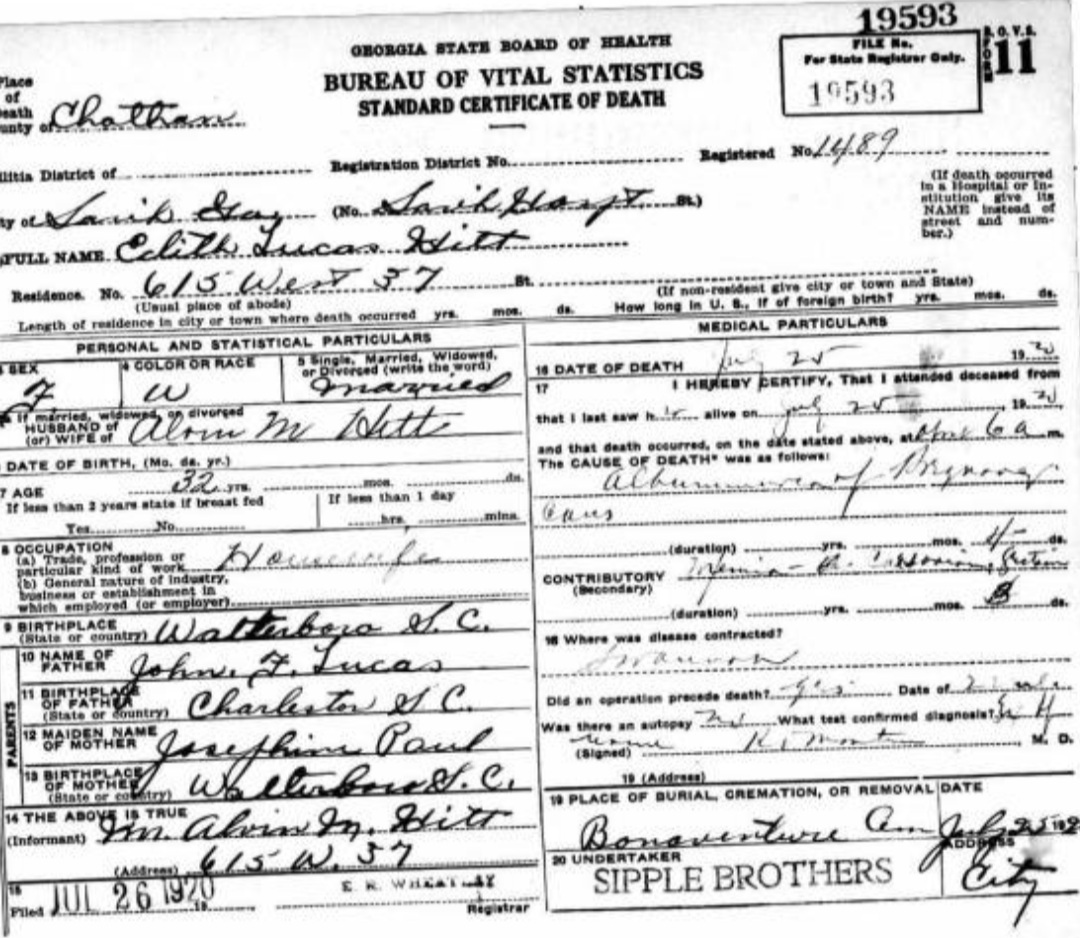 Hitt remarried a lady named Marie and in August 1927 they were blessed with a little boy, Alvin M. Hitt Jr. However, their happiness was very short-lived when only a few days later, Marie would also pass away. This left Hitt alone with a baby and a business. Something had to give. Marie's death was recorded in the local newspaper, alongside an ad for Hitt's 'drugs'. 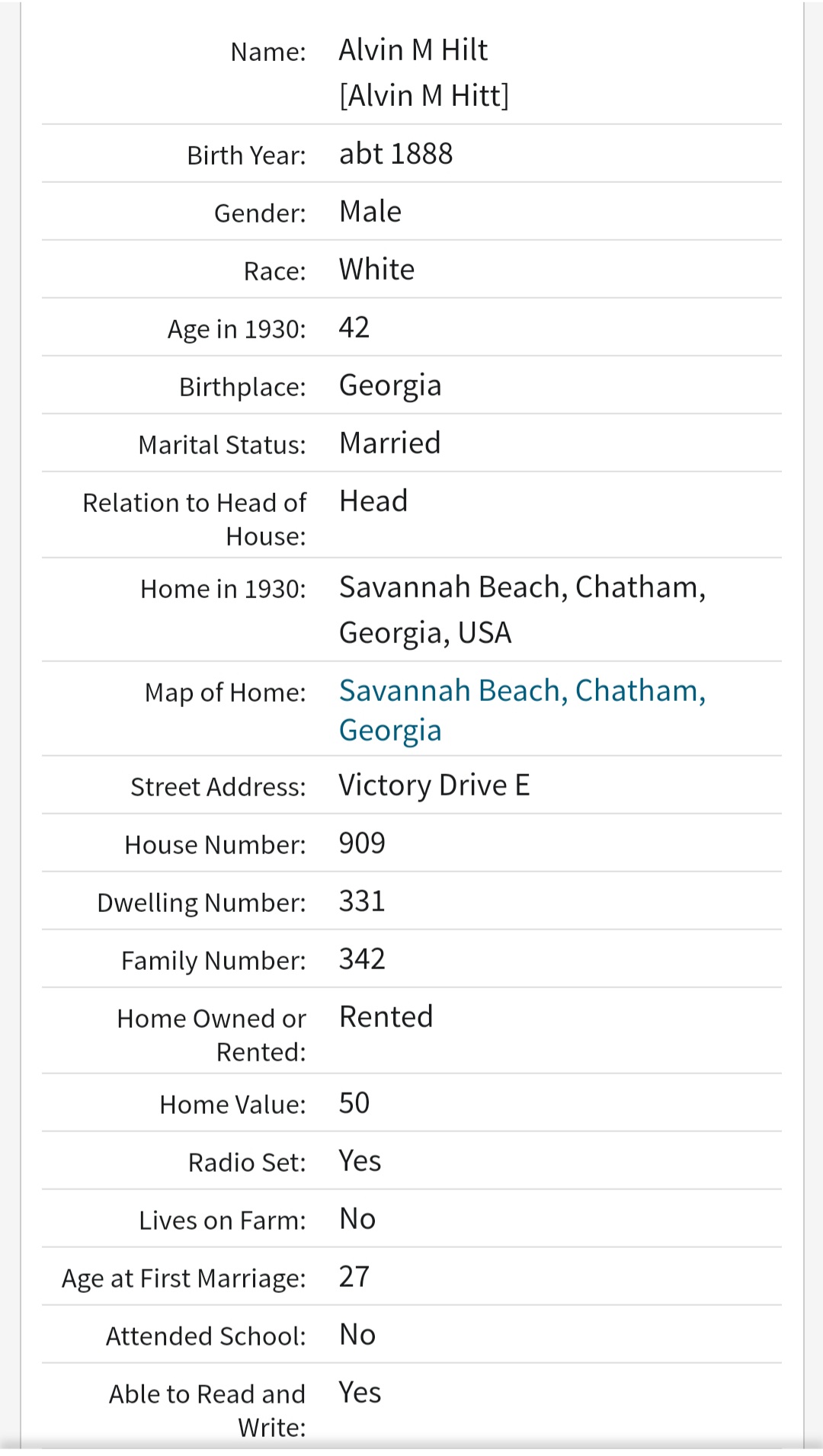 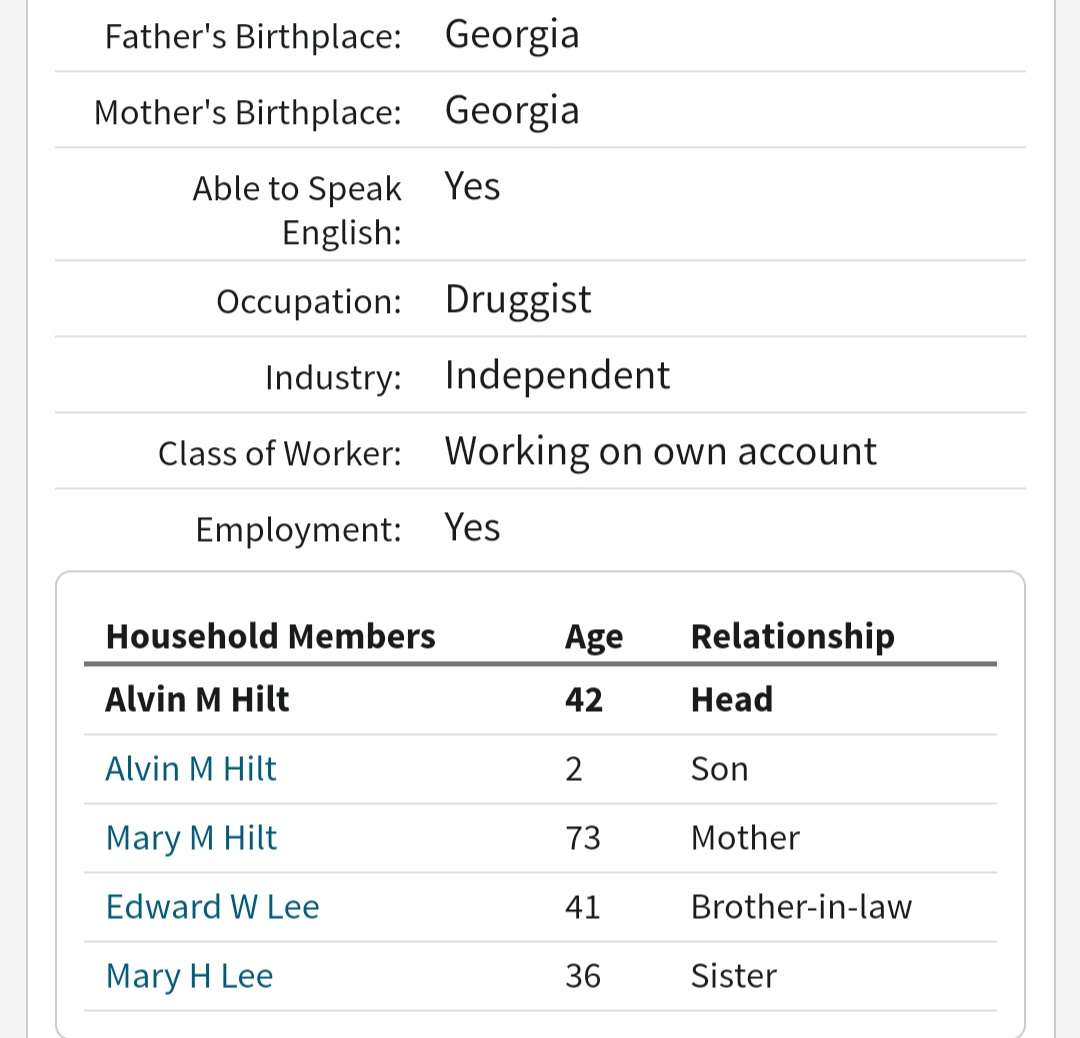 Hitt decided to sell his house and rent a new property with his Mother, Sister and her husband. His family could then help take care of his 2-year old son, allowing him to continue working. We can also assume that the Drugstore had gone under, as he is recorded as being an independent Druggist. 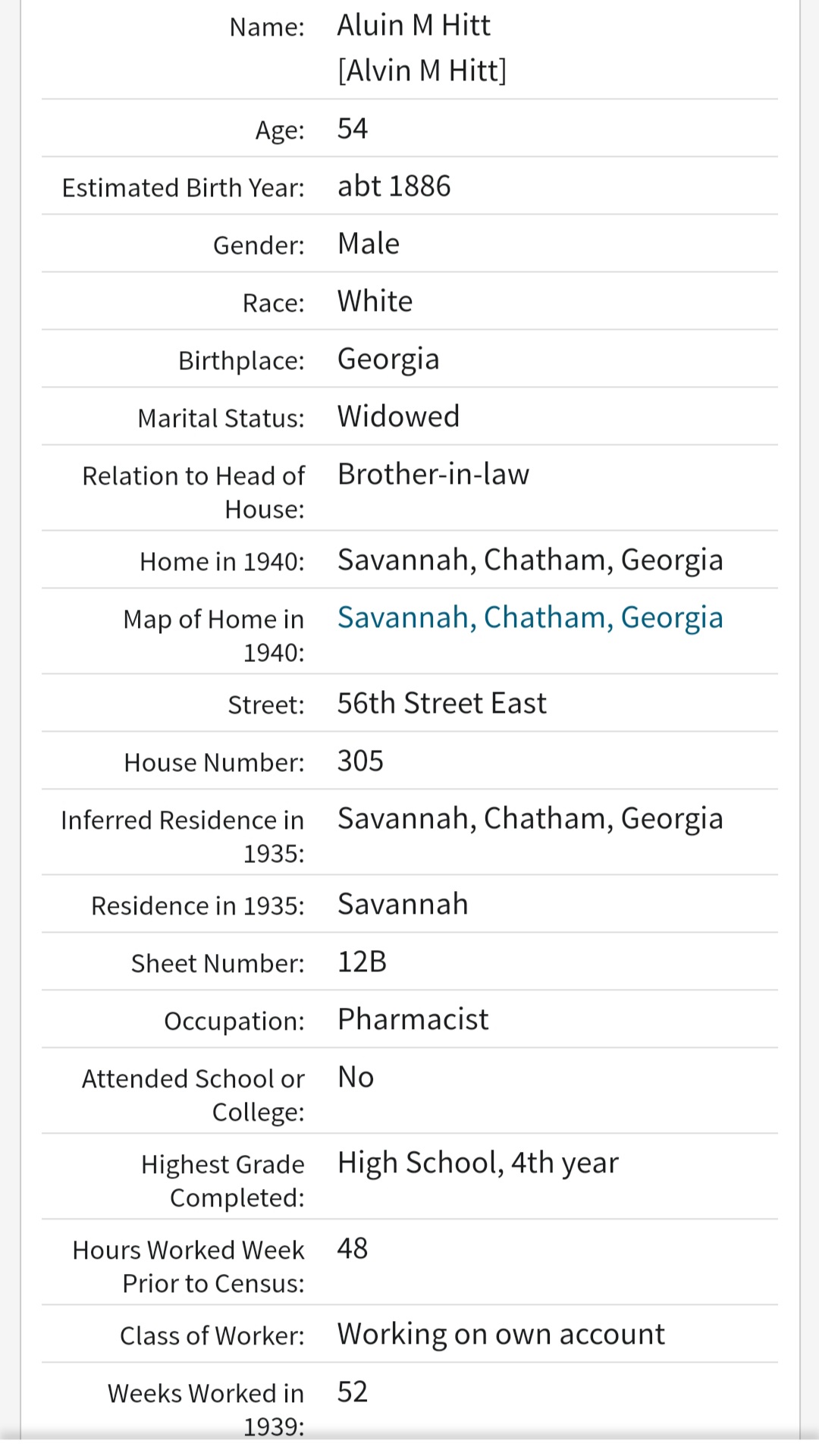 Work must have taken a further nosedive, as 10 years later, Hitt is now lodging under his Brother-in-law's roof. He is still listed as a Pharmacist and is working 48 hours a week, 52 weeks a year! 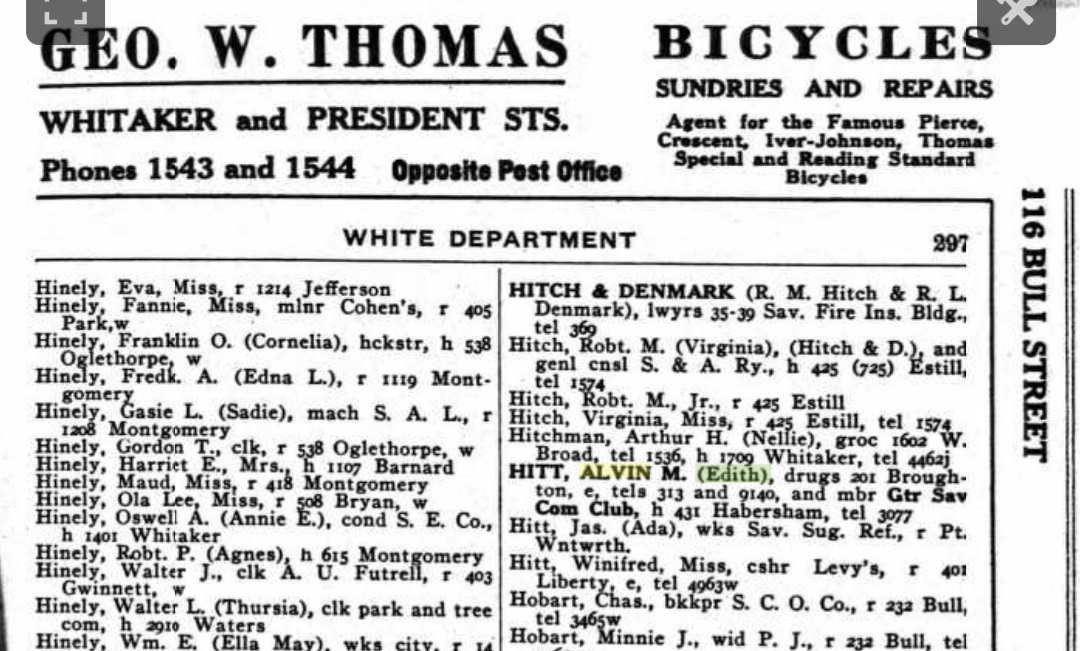 In this newspaper ad, Hitt's business is listed as 'drugs' and he is a member of the Greater Savannah Com Club (I'm sure I can find out what that is!).

Hitt passed away in 1952, at the age of 68. His Son went on to have a pretty great career in the Royal Forces. 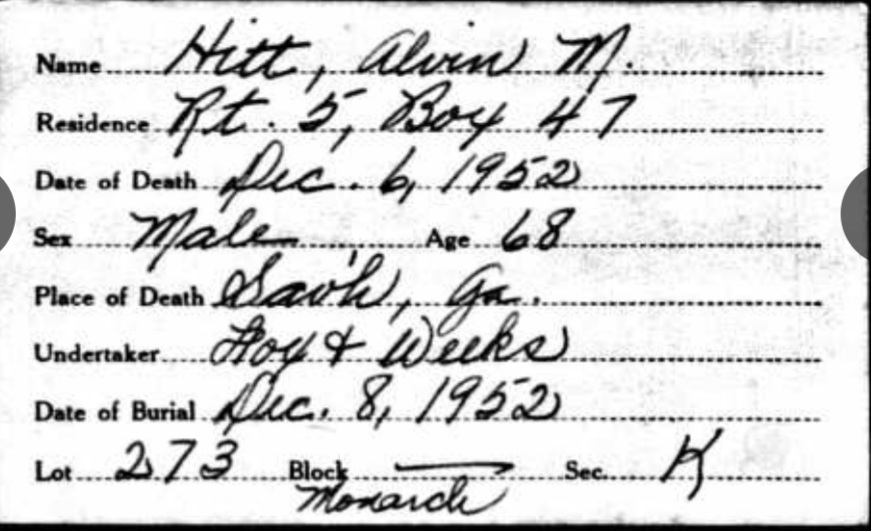 Sorry I couldn't find out anything more about the actual product, but I hope you enjoyed this little history lesson! Lol x

Just because I find all this sort of thing fascinating... the son passed away in 2008 at the age of 80 and he had a pretty incredible life. What a huge difference between the two generations! 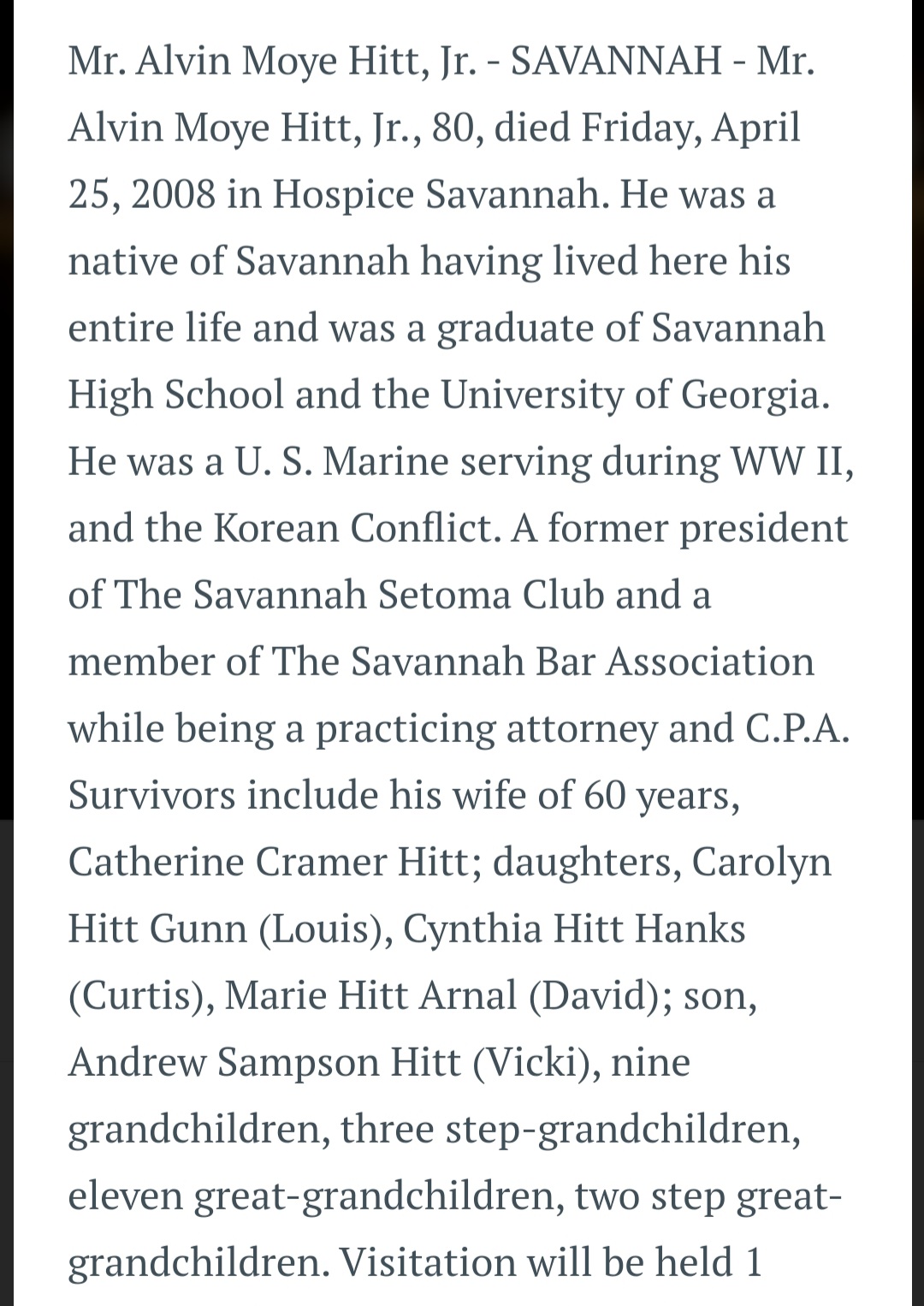 SLOW CLAP. I had seen the Hitt obituary, but the other records are amazing, particularly the photo

rickmarbles said:
SLOW CLAP. I had seen the Hitt obituary, but the other records are amazing, particularly the photo
Click to expand...