Part of a batch of bottles that I couldn't turn down - about .40 each.

I've been looking up a bunch of these but some of them are hard to find any information on whatsoever.

Pictures are Left to right. This is what is embossed on one side of the bottle.

More pictures. The last pictures are two green bottles. One looks to have an interwined "SP" and the other is a Very heavey and thick bottle - I think its actually dark green. I photo'd the bottom because it has that little nipple piece.

Some of the ACLs in the lot 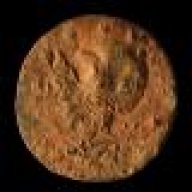 That's some nice stuff and a great price! I'm really curious about that Tower Root Beer, never seen a quart ACL shaped like that before. Does it have a date code? Looks like it might be quite an early one. Some great graphics on some of the others as well, especially that Lafayette! I wish I could find a score like that. 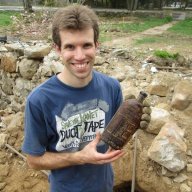 Nice group! I think I know where you got them ;-) If you're planning to sell I would definitely be interested in the Empire Bottling Works from Bristol.
Y

I'm not the right guy for asking dates and what not. Here are some additional pictures of the bottle in question. Some of the ACL is worn off - but this is a bottle from the Prospect Hill Bottling Company in Charleston Massachusetts.

I oriented the picture so you could read the bottom number. I assume that’s correct based on the 2, which would otherwise be upside down. In the picture the front of the bottle is the top of picture.

does that make sense?

from searching online similar looking bottles are said to be from the 50s but the bottom marks are totally different. 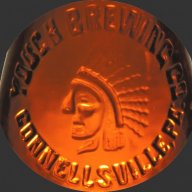