One Fresh One Salt water Dive 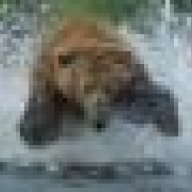 Managed to get a couple of dives in. Not going to lie, the water is getting cold. It has been raining alot (always better than snow), so most dive opportunity gets ruines due to run off= bad viz underwater. I found a cool car part in fresh water Auto Sands Lightning. Couple of Moxies one w a blob top. Some tasty oysters and my fourth torpedo, just a cool shaped bottle. A milk far away from home (upside down for your viewing pleasure) Buffalo Hygenic Dairy 961 Main St. A Pyro glazed Milk w a baby, a couple of stowaways, a Boston beer ( this still had its beer and it smelled up the garage like you cant imagine).

Sorry for duplicates, someone needs glasses. Last but not least I went in the mudflats today on low tide on my way to fill my scuba tanks and I found a broken (glue back together C A Richards,looks like a Stoddard or Lydenborough) and a really cool shaped ceramic bottle that looks very old and Dutch in origin.

A close up on auto part, any info on it would be appreciated, Thanks for looking . Kevin

I just thought I would do some research on the milk bottle and found some interesting info on a National Park Service site that I will paste below.


In 1908, the Buffalo Milk Company suffered a scandal when it was found guilty of mixing skim milk with rawmilk just before pasteurization. This practice compromised the quality of its milk (as well as Buffalo Milk’sclaim of pure, safe milk) and as a result it were fined by the state.19 Perhaps as a way to avoid the stigma of thescandal, as well as the continual accusations of being a “Milk Trust” since its incorporation, the Buffalo MilkCompany reorganized and enlarged into the Queen City Dairy Company in 1909.This new entity sought to supply the city with “not only milk and cream, but also buttermilk, butter, and cottagecheese.”20 Within five months, the revamped milk company grew massively and became “the largest retail milkcompany in Buffalo,” following takeovers of the Buffalo Hygienic Dairy Company and Dodds BrothersCompany.21 By 1911, after upgrading the technology in the Milk Tank Wing, the company claimed itself to beone of the few milk companies in America to house “laboratories for testing and modifying milk.”22 Withinthree years, however, the company sold the Niagara Street depot to the Maguire Ice Cream Company, and by1926, Queen City Dairy had sold off the remainder of its holdings. According to newspaper reports, the“League,” purchased the last of Queen City Dairy’s holdings and awarded management of Queen City Dairy’slast Buffalo plant to Dodds Dairy (different from Dodds Brothers).23 The “League” may be a reference to theextremely powerful Dairymen’s League Cooperative Association of New York, which operated hundreds ofreceiving stations and milk plants throughout the state.
C

Some really nice finds there! That Buffalo milk looks like quite an early one. The stoneware jug is very interesting, it's a shame the seal isn't legible. I've never seen one like it. It looks similar to some of the old German pottery I've seen pictures of, like the 17th century Bellarmine jugs. Not sure if the Germans made square gin bottles back then.
B

Sweet Kevin. Glad you're still getting out there.
You've got some nice variety which always keeps things interesting. It'll be fun to see if anyone knows about the stoneware or the automotive thingy. Is the ale bottle pontilled? It sure looks early too. Congrats and best wishes for continued success.
B

And what's with all the copper. Is that just weights from traps?

Great finds and thanks for all your effort and for sharing those with us.
W