Six Sided Star on a Hutch??

I learned that a six-pointed star is a "Brewer Star" and doesn't signify kosher product or other stories I've heard. That led me to thinking about a hutch bottle I have, embossed T W GALVIN / ROCHESTER N.Y. with a six-sided star on the back. It's got a ten-sided "mug base" if that's significant.

So is it possible this is a beer and not a soda as I'd thought? Was beer distributed in hutch bottles? I can post a photo later tonight if it'll help.
W

Beer was never stored in Hutchinson bottles; the carbonation of sodas/seltzers is what kept the bottles closed. That said, some large brewers branched out into soda/mineral water production to reach a larger market. It's very likely that the brewer used the "brewer's star" as their signature, and used it on their soda bottles or whatever so that people still had brand recognition.
S

The brewer's star was also a symbol of purity. Thomas Galvin was, I believe a soda bottler.

"In 1887, Thomas W. Galvin, an Irish immigrant, bought one of the last undeveloped lots in the neighborhood, and moved his soda water factory from its downtown location, into a small building at the rear of the lot. The next year, he and his wife Nellie moved the family into the new house at the front of the lot. Both family and factory grew, but while an addition or two to the house was enough to keep up with the family (by 1900 there were 7 children, ranging in age from 3 to 19 â€“ we count 4 bedrooms and 2 common rooms upstairs), the business eventually was moved to a larger operation on Hudson Avenue." From.

"GALVIN Gravitating Hutch
Circa 1880-85, this is a scarce mug-based soda with an early applied top, gravitating style hutch.

Bill, is yours a gravitator? 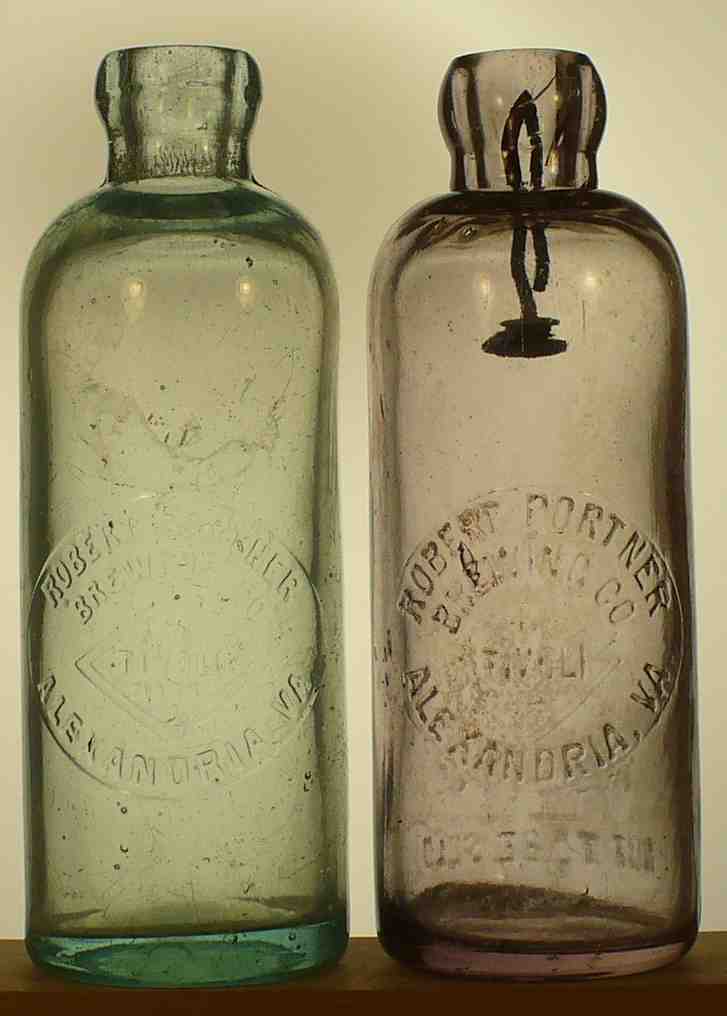 Connor, I've seen several Hutches with a brewer's name on them. Doesn't mean that they contained beer, but I bet there were some that did.

I believe they used hutches for beer as it is carbonated too.
SicRick sent me a hutch that was used for beer. Is that correct Rick?
B

Much thanks!! You guys are a wealth of info!

Surface - I really appreciate the fascinating story on the house restoration. Glad you linked it.

My bottle looks like the top photo, but it has a more traditional hutch neck and lip. I'll take a photo tonight and post it. I guess the company went through several styles over the years.
B

Here's a photo of my bottle. It doesn't have the long neck like the version Surface posted.