Found this a few months back, never did figure out what it was used for. It reminds me of Chinese medicine bottles, but I think its of western origin.

About 2" high, embossed around the neck. Rather difficult to make out the embossing, but looks like "W. T. CO D". 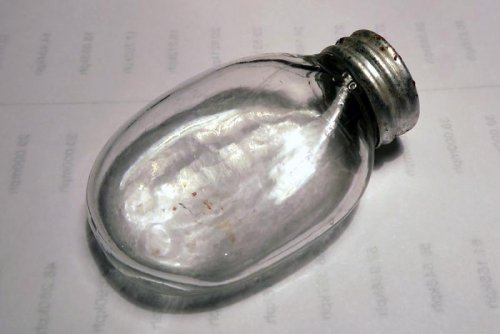 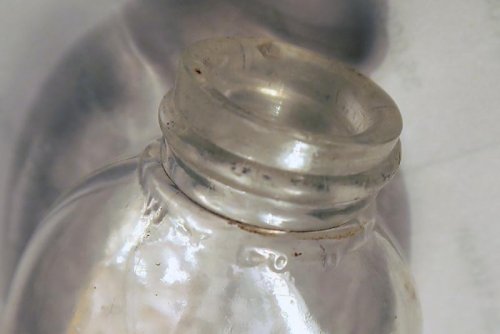 Those are pill bottles from the early 20th century. I've seen labeled versions before but can't remember what they had in them. I think they could have a variety of products in them, W.T. Co. is Whitall Tatum I assume.
B

i have 2 colbalt bottles similar to this one. they held pills. the one most like this one is labeled johnsons tablets.
B

Thanks guys. Yes, after some research it definitely appears to be Whitall Tatum and 1901-1924.

I'd like to see any other examples of this bottle, as I can't find any online. This may be helpful for others who come across this thread, as well.
C

I looked for images, I can't find any either. These are a lot more common with a small flat base, can't find any pictures of a round bottom version.
M

This one is for sale on Craigslist in St. Petersburg, FL.
3

Oh, that's a nice one. Thanks, Michael.

Chlorate Potash Tablets, it appears to say. I imagine these bottle could have held almost anything, though.

I would guess these are on the early end of the 1901-1924 date range.
You must log in or register to reply here.