So heres a few that ive pulled out of ground myself, gifted to me, or their origin is unknown but found way to my shelf

Hi again, CCB420, your second-pictured bottle is what bottle collectors commonly call the "D-pat" bottle. It signifies Design Patent #105529. The date that design patent was issued was August 3, 1937. That is the third design patent for Coca-Cola bottles (containing Coca-Cola).

The first one is design patent number 48160 and its issue date was November 16,1915. Bottles had the issue date embossed on them.

The second one is number 63657 and its issue date was December 25, 1923. Bottles had this December 25 issue date embossed on them. Bottle collectors commonly call these bottles "Christmas Coke".

Instead of embossing the patent date, the design patent number 105529 was embossed on the "D-pat" Coca-Cola bottles. (It is not correct to say that their patent date is Dec 25th.)

As far as I presently know, Coca-Cola never sold any Coca-Cola in bottles that look like the design patent drawing issued in 1915. Instead, Coca-Cola did a slight re-design before bottling, and used a shape like the drawing of the Christmas Coke for selling Coca-Cola bottles with the 1915 date embossed on them.

According to Bill Porter's book Coke Bottle Checklist, Coca-Cola first bottled Coca-Cola in this style of botte starting in 1917. The "D-pat" bottles were made during the period 1938 - 1951. Coca-Cola bottles of this style made after 1951 had neither the design patent date nor the design patent number embossed on them. Bill's book has information on how all the date codes on these bottles work.

By the way, my reference for the date code information on the square Coca-Cola soda water bottles made by the Graham Glass company is: Graham Glass Co.
C

Cool, thanks for the info, I tried finding a simplified answer like yours, using the goog, you noticed I'm still asking!! 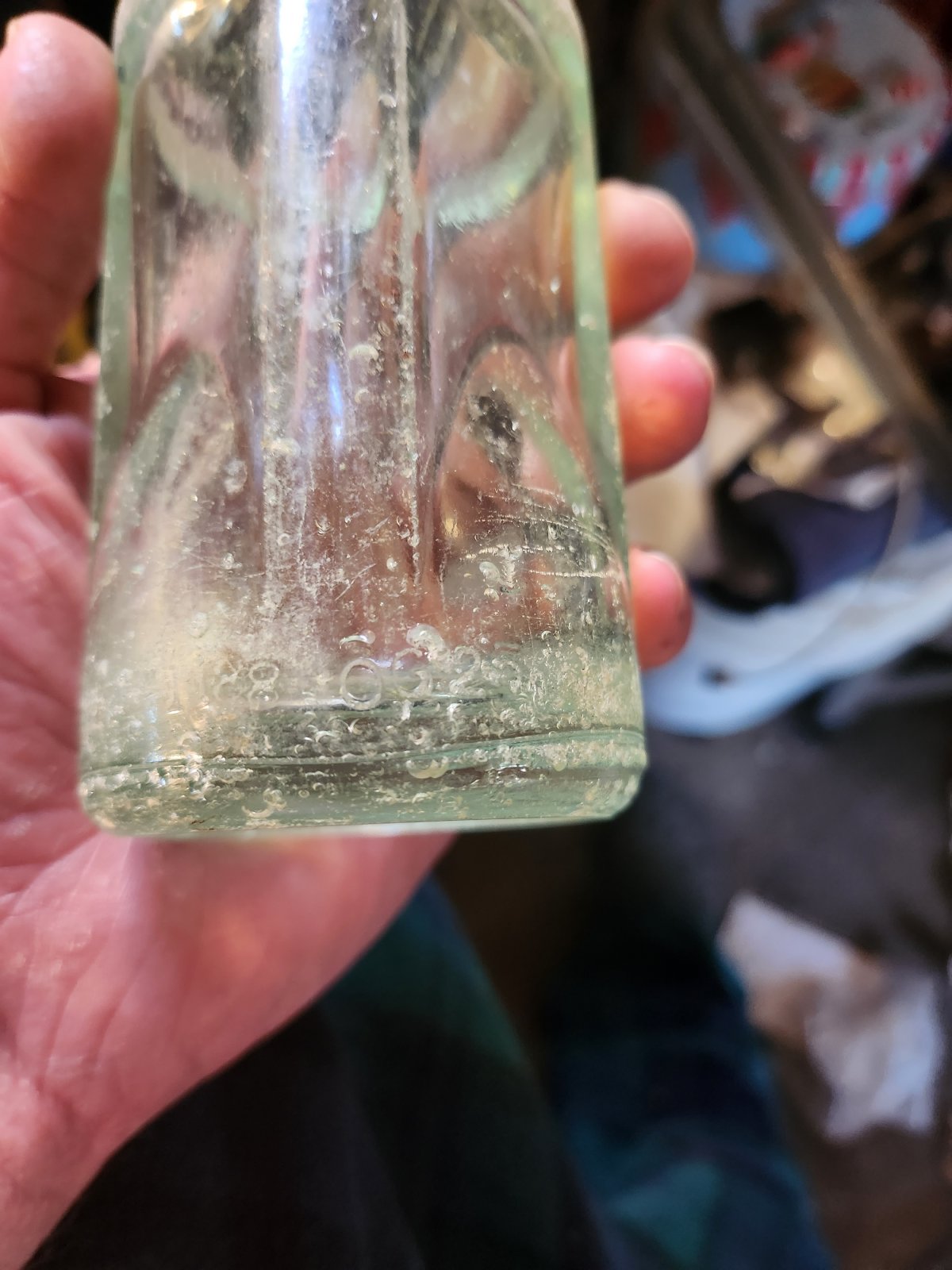 And how did you come across this same bottle, that's pretty cool, you from down this way also? I grew up about an hr from Leesville
B

No I have never lived south of virginia. I saw that bottle on ebay so i bought it because of the odd double patent date.

I'm glad to see that your bottle has the date code clearly visible. Often those are unreadable because of glassmaking blemishes, or even chipped off.
C

As you can see mine has chips, dings, scratches, everywhere but that particular area
B

It's nice to have a date!
My experience is that the double-patent soda water bottle is more rare than the others.
C