Some finds from Peoria, Illinois 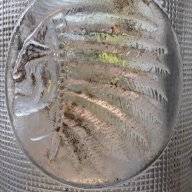 I'm moving into a van partly to dig bottles nationwide*, so I'll soon be selling the bulk of my collection to a local buyer. I wanted to document them before I go, so I'm taking pictures of them all first. I'll keep updating as time allows.

First up is this refrigerator water bottle embossed with penguins. I found it in my first month of digging in Peoria a couple winters ago.

(*I want to dig bottles in all 50 states. If you can help/want a digging partner sometime the next couple of years, feel free to contact me.) 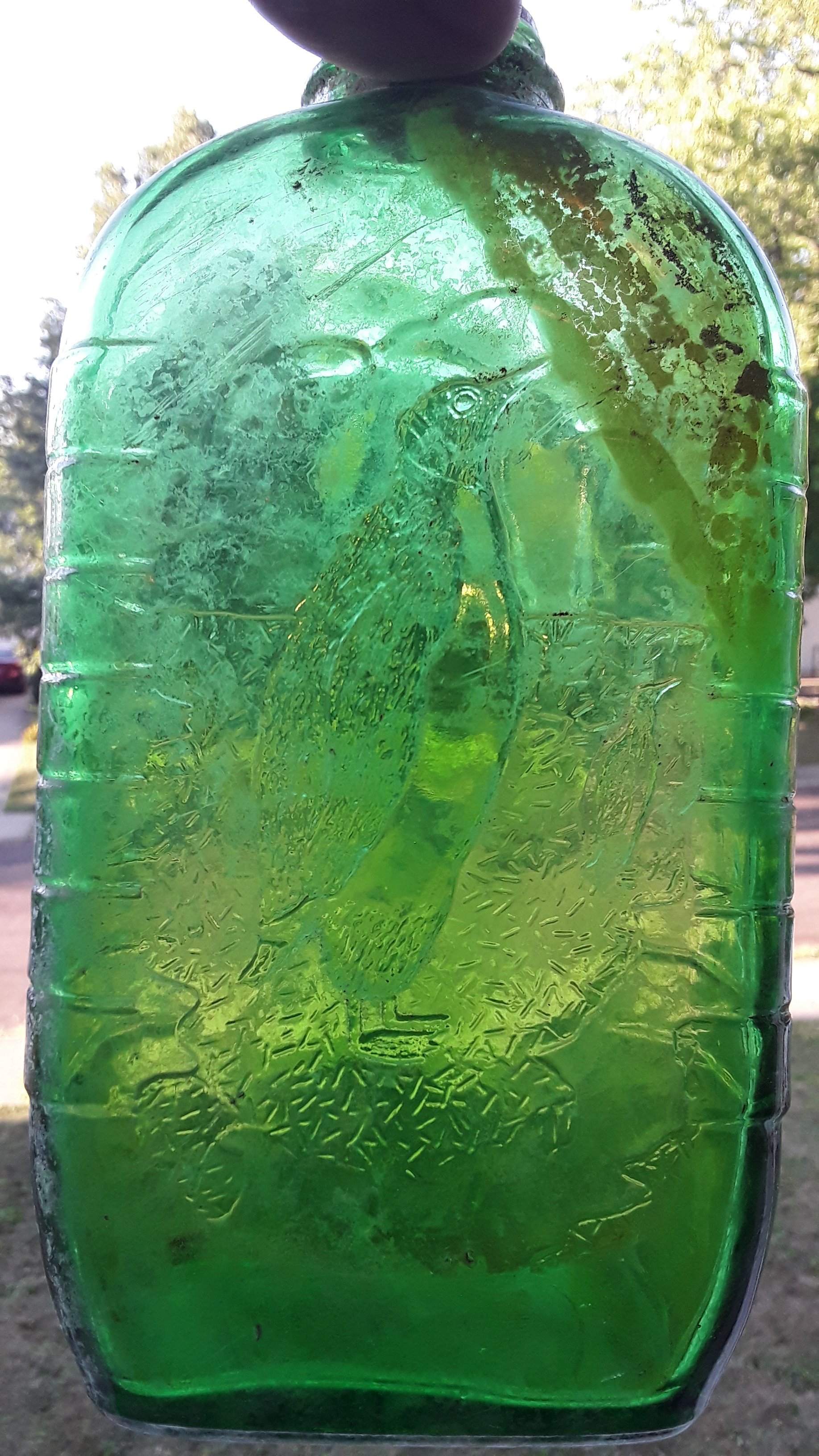 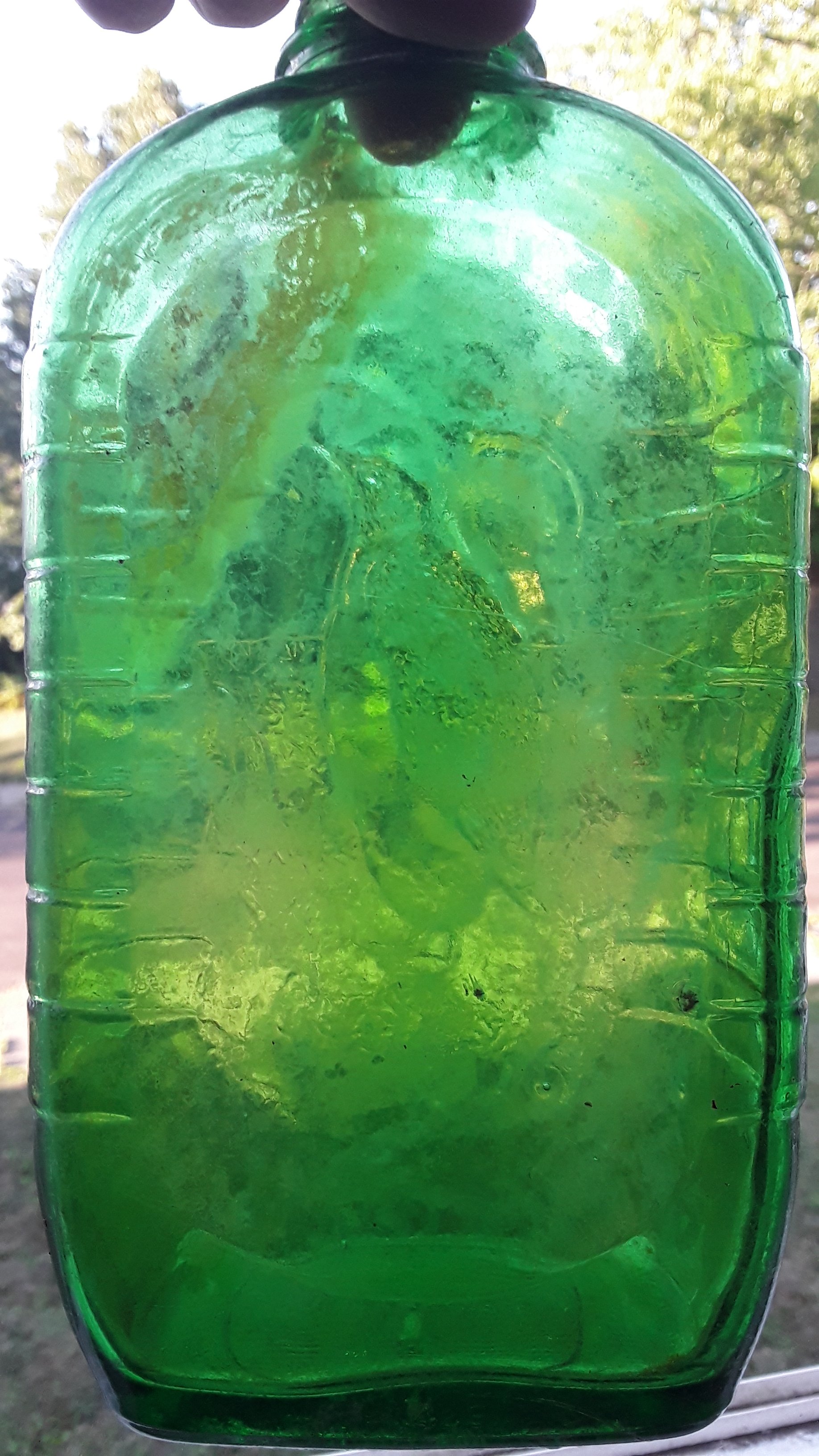 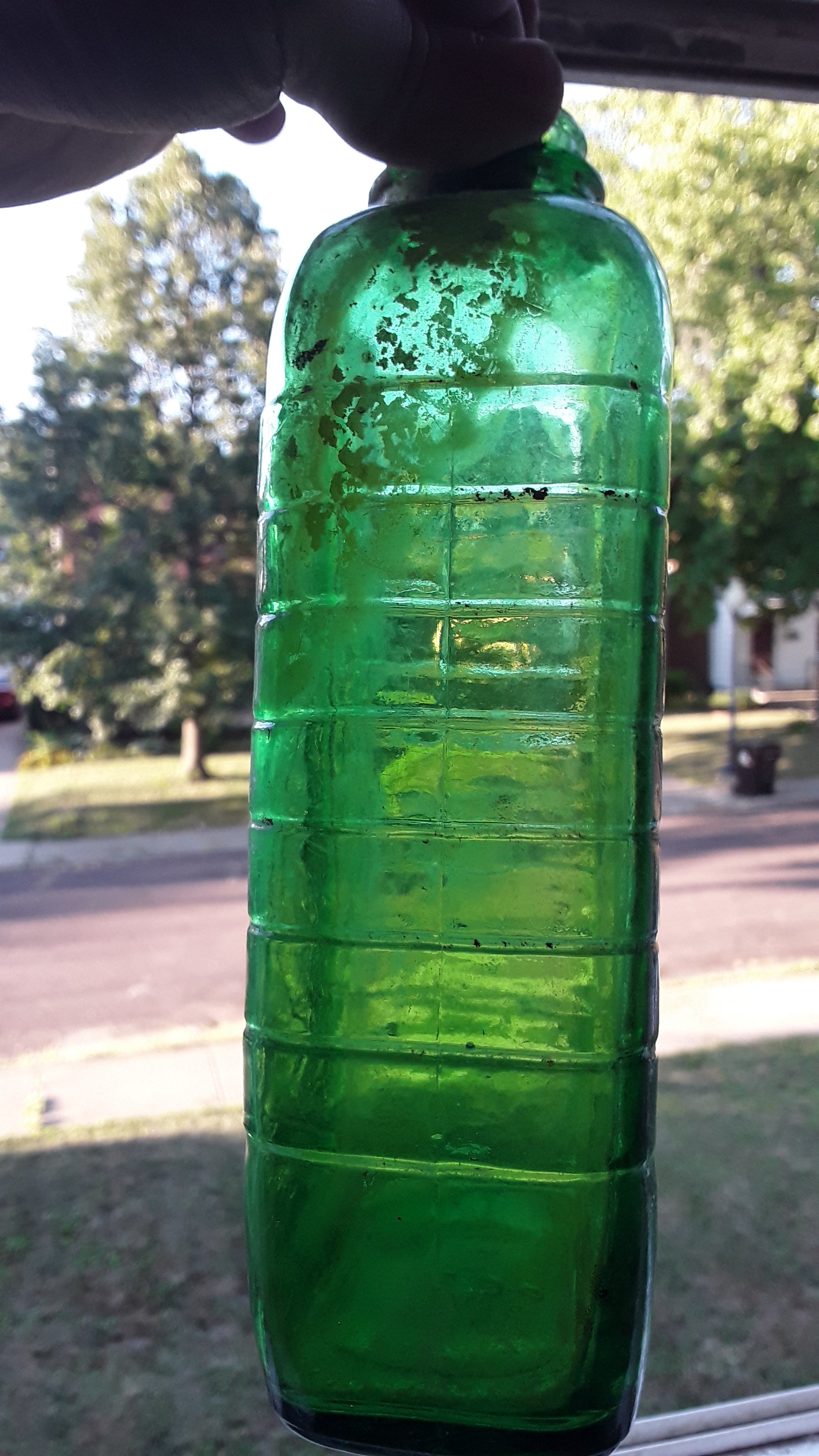 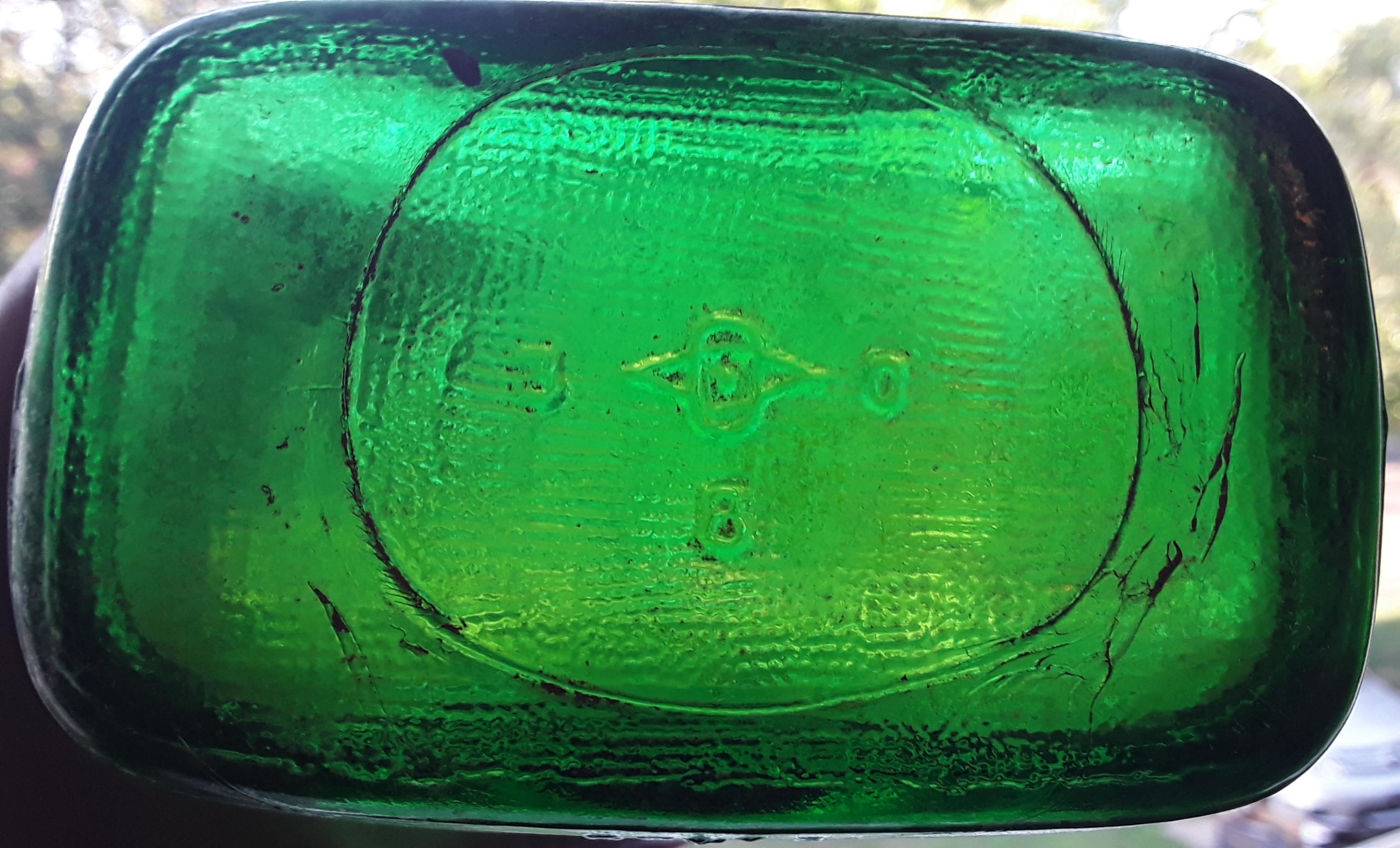 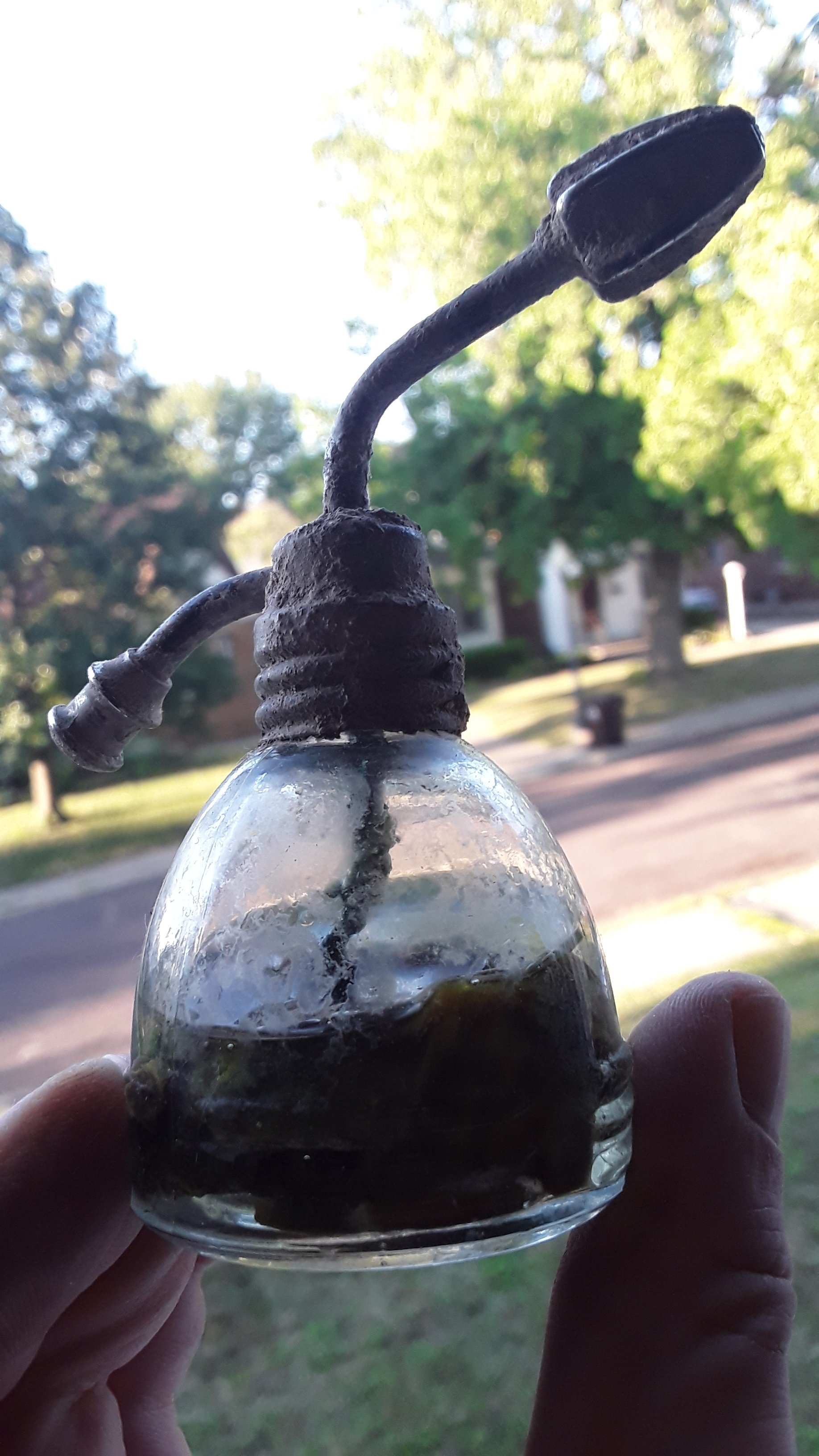 No idea what this is, but there's something real nasty looking inside.

Nothing too special, just a Peoria Christmas Coke that straddles the line between aqua and clear.

A broken Roszell's half pint. I'm a bit of a broken local until I find a whole one hoarder. I gotta get better about that.

A toy car I found yesterday.

A Kerr self sealing wide mouth Mason jar and a Roszell's quart.

Some nice bottles! Love that penguin bottle, I NEVER saw a penguin embossed on a bottle before - old or new. What's even more impressive at this point is that you are giving up home comforts to travel to all 50 states to hunt for bottles!! Wow!!! That is dedication!! Where will you store all the bottles you find? Will you also be going to country auctions and antique shops (lots of good finds there!)? Will you have WiFi in your van?

If/when you hit Chicago, there's an old, large dump where I found hundreds of 1870-1900 bottles during the early 1970s before they fenced-in construction sites. On a large plot at the corner of Western and Belmont Avenues, Riverview Amusement Park was built during the early 1900s, and from 1908 to around 1969, it was one of the nation's best amusement parks. I remember going there as a kid during the 1960s. You can look it up on the internet and there are maps of the area online.

It closed by the late 1960s and construction of DeVry College, Jewel supermarket etc. carried on. Lane Technical H.S. is also in that same area, built during the early 1900s too. Little did people know, a very large Chicago city garbage dump was UNDERNEATH the entire area. There is no access to that dump in these newer areas that now house these buildings.

However, one side of the area (west side?) is bordered by a branch of the Chicago River. You can still see stuff sticking out from its banks (as I recall around 1973). You could still dig there for a day or two, into the banks, under the newer pavements. Don't dig too long, somebody is likely to kick you out. And, you'd have to be careful not to dig too far into the dump, cave-ins could be risky.

I think the banks rise around 5-10+ feet above the river. I remember digging "caves" into the dump 5-7 feet below the surface (not directly from the river bank). Further down you go, the older the stuff is. During my 3 years digging there, I don't ever recall finding an ABM bottle - all were applied lipped.

This might give you a few days of digging and visiting Chicago! But be very careful and don't stay too long, and your "caves" shouldn't be too deep into the river banks. A few times, my "caves" fell on me, but I was not more than 3-4 feet in, and about 5 feet deep. I am not too familiar with how the situation is now, but if you're in the area, you might want to check it out! Inexpensive motels are around or along I-90/94 (if you get tired of your van for a couple of days!), about 4-5 blocks from the dumpsite.

When I think of the bottle treasures underneath the present buildings on top of the area, I want to cry, but is it what it is - "progress".... There were other bottle diggers there until construction crews fenced the area in, but only about 5% of the site was ever dug into by bottle collectors.

Good luck, I admire your adventurous spirit! Please every so often, "report" to us on this forum about your travels and finds!!
H 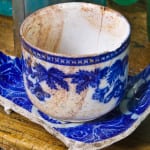