WHAT BOTTLE GOT YOU STARTED COLLECTING BOTTLES AND WHY? (first collected bottle)

Great idea for a thread! My bottle hunting journey began maybe 15 years ago. My buddy and I were out metal detecting along an old stone wall in the woods on his property in Eastern Connecticut and we stumbled on an old dump site. The first bottle we pulled out was a W.P. White, Danielson, CT Hutchinson bottle. As soon as I saw it, I said "now that's history" and I've been hooked on bottles ever since! We ended up pulling out just the one hutch, a few early embossed milks, and a bunch of slicks, which we recycle. He still has the hutch to this day. It's not a rare hutch, but it was old and cool enough to infect this amateur historian with bottle madness lol!
M

I feel like my bottle collecting journey is something i grew into, so to speak...i have been collecting my whole life, when i was 5 i started collecting sea glass or should i say lake glass that used to wash up on the shore in my back yard, i used to love all the different colors of glass and different shapes, i still have my original bag of glass which now looks just as sandblasted as the glass lol. I also started collecting bottle caps when i was about 8 and have been walking around looking at the ground everywhere i go ever since. I used to go to the local rest area beside the highway and take the garbage bags in the garbage and shake them to hear if they had bottle caps in them and yes i would get the caps out of the bags lol all this in hopes of finding a different one i didnt have yet. Today i have over 700 different crown top caps, each one hand picked, growing up these were my.pride and joy and had them in a strategic spot so that if the house caught fire i would be able to escape with them lol. Later in life i had a sideline job working for an auctioneer and saw all sorts of old bottles and i had the same attraction to them as i did with sea glass, i absolutely loved the different colors and shapes and thats kind of why i feel like my collecting has come full circle. The bottle that started it all was this aqua blob top, " this bottle is not to be sold" that i bought at a sunday auction and the rest is history. Cudos on starting the cool thread unclebruce, im looking foreward to reading more of your collecting stories.
Cheers!

I actually got started collecting Art Deco sodas from a decision I made to make a bottle tree. I was looking for good tree bottles on eBay and eventually saw some of these sodas. I was really stunned by their designs, clever, beautiful, farcical, and so collectible I thought. Two years later I have nearly 1000, and no regrets for having spent around $15,000. 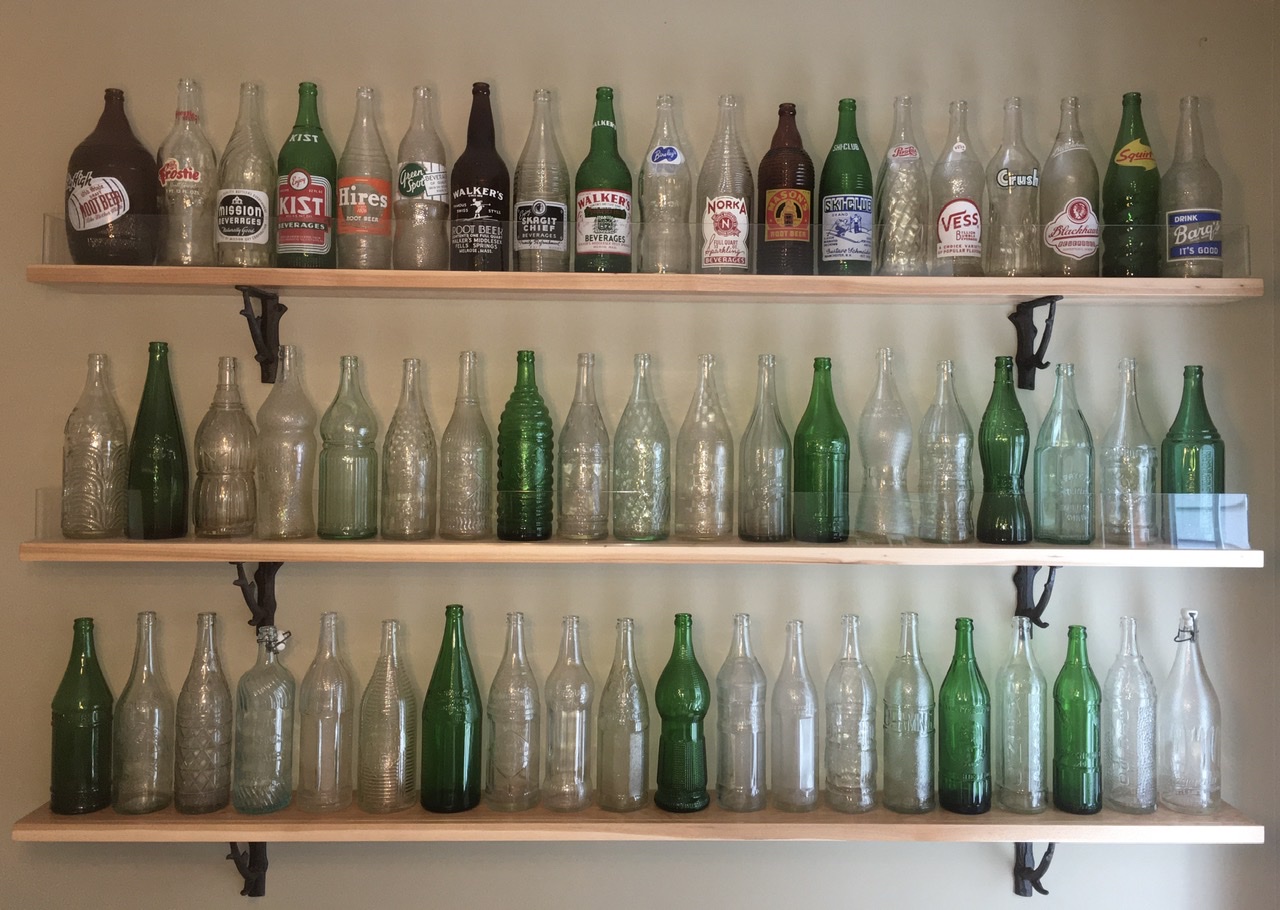 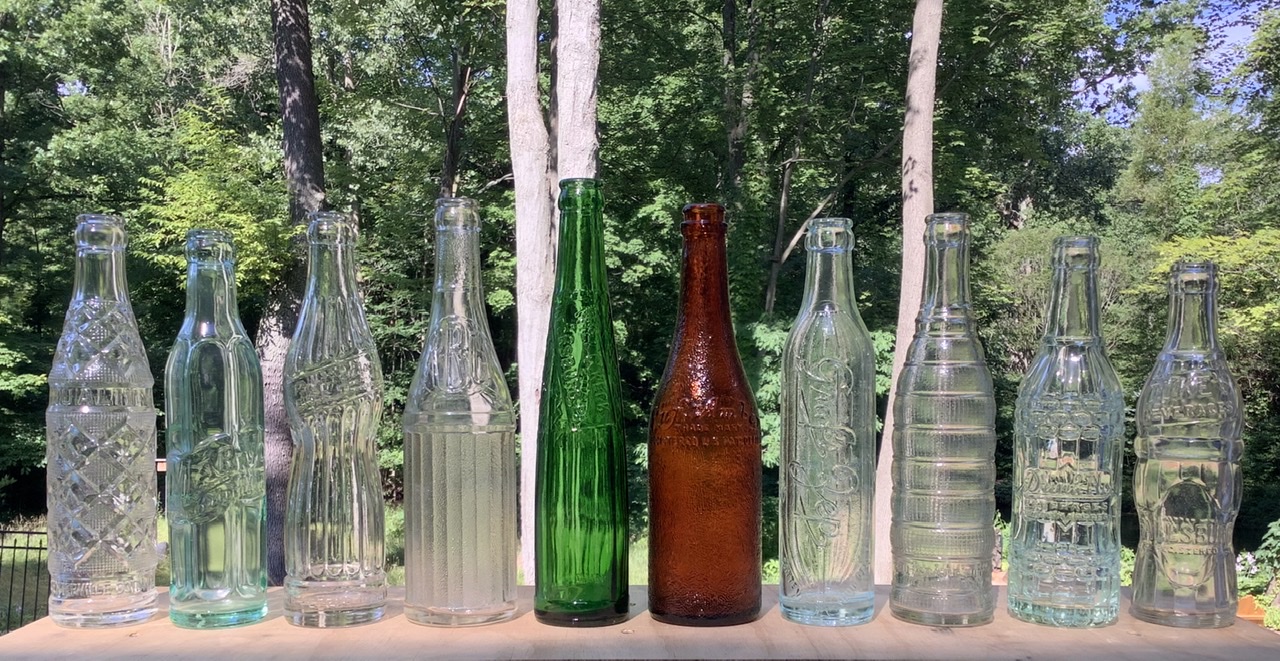 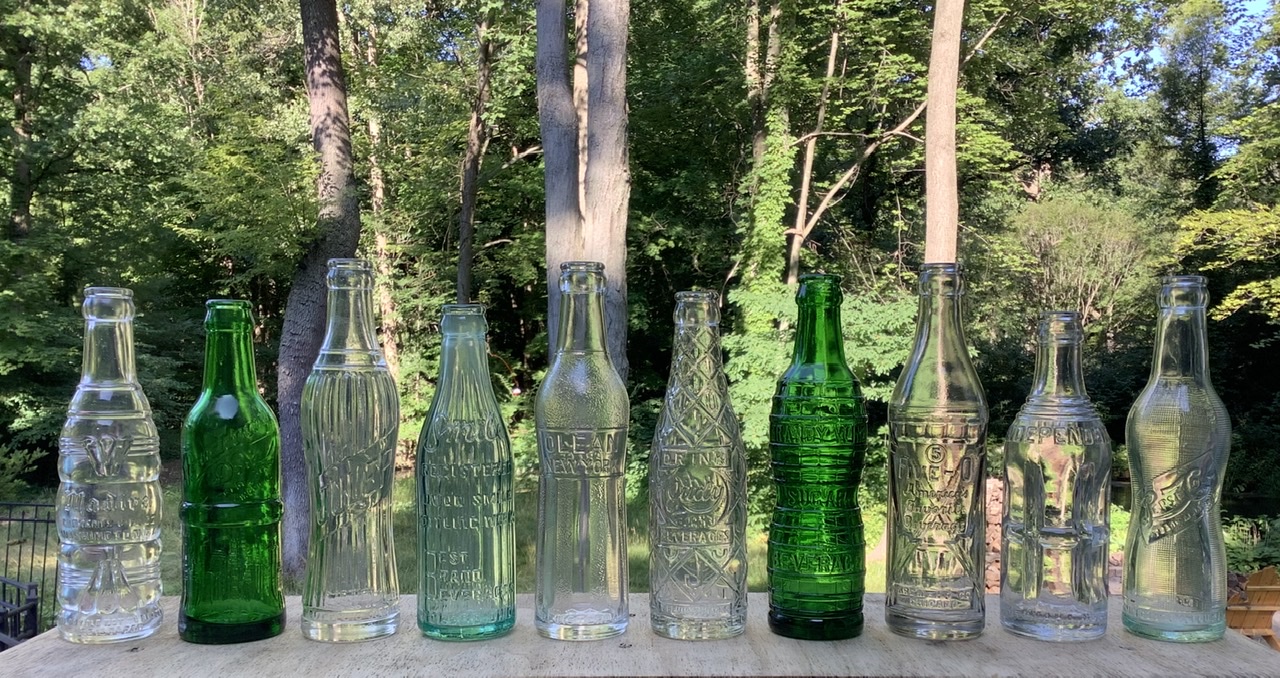 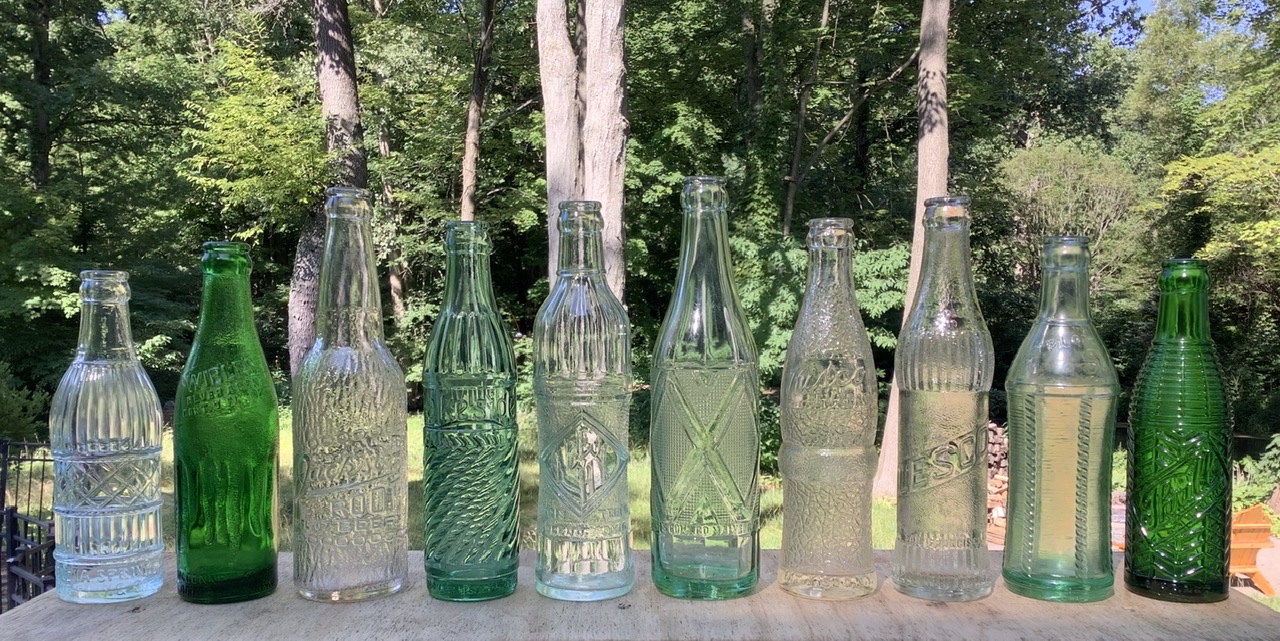 I too was/am a beer can collector since my teens, sold off my first couple collections of cans and or beer bottles that I picked during that time, but at that time beer bottles always came in second to cans, I started collecting cans again about three or four years ago but have since stopped buying/collecting them and started concentrating on bottles, as far as my bug for bottles started when my son and his wife bought an old farm house about five minutes away from where I live, and sure enough there's an old farm dump there, a bunch of "Glass Can" type bottles and several other types, although they're very very common, with the right labels, they still really look cool, and I have a bunch of labels that I will eventually put on some of many Glass cans, Packies, Stienies, and Tavern style bottles that I've found, I do buy some of my bottles, but the more I look for and dig for bottles and get better at it, I find way more than I buy, although I have many early embossed bottles, I still like paper label bottles as well, I've been very lucky to have found a few dumps very nearby including the one at my son's place, the one that started the craze...lol, which I still intend to dig more at..... 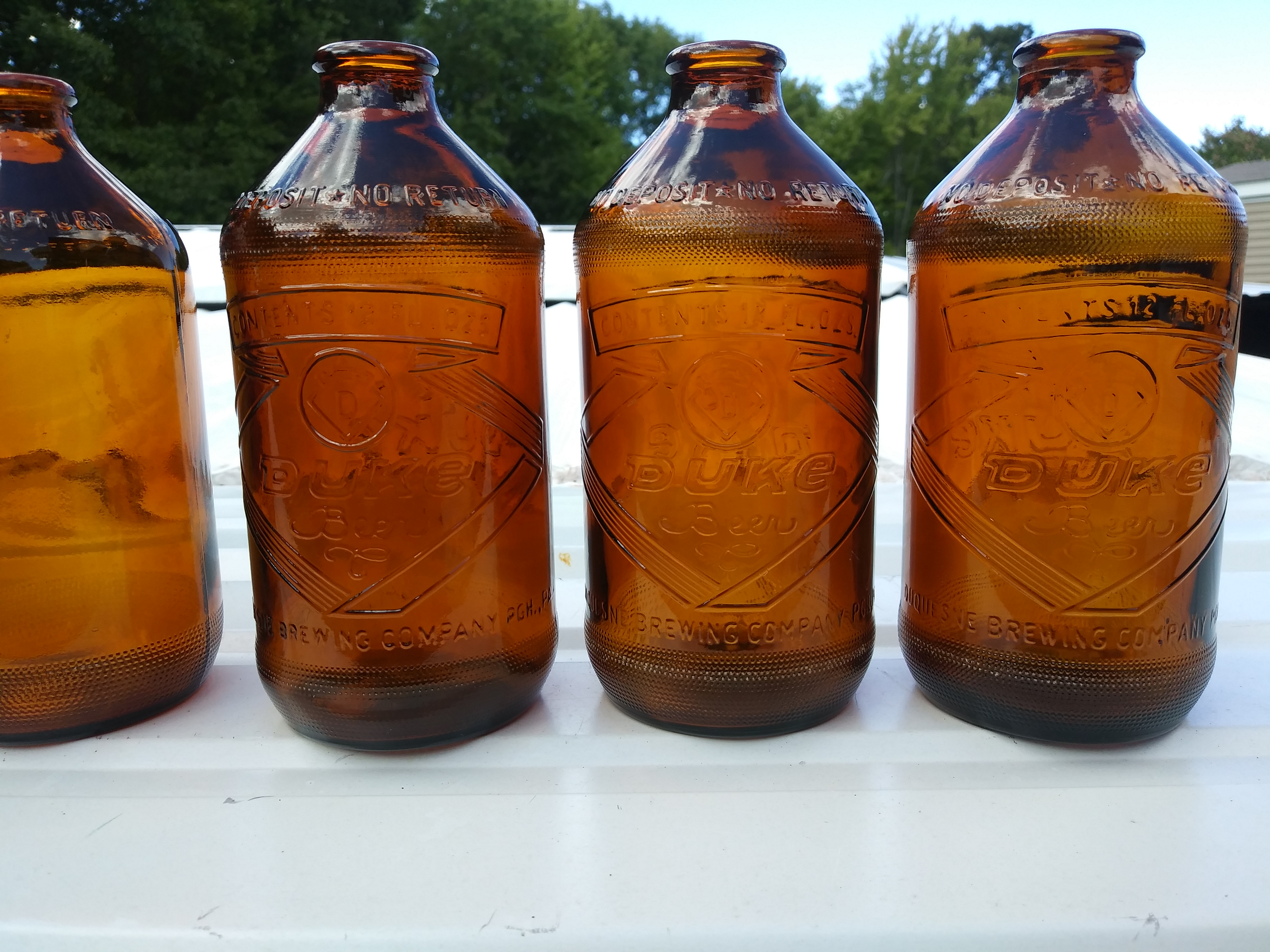 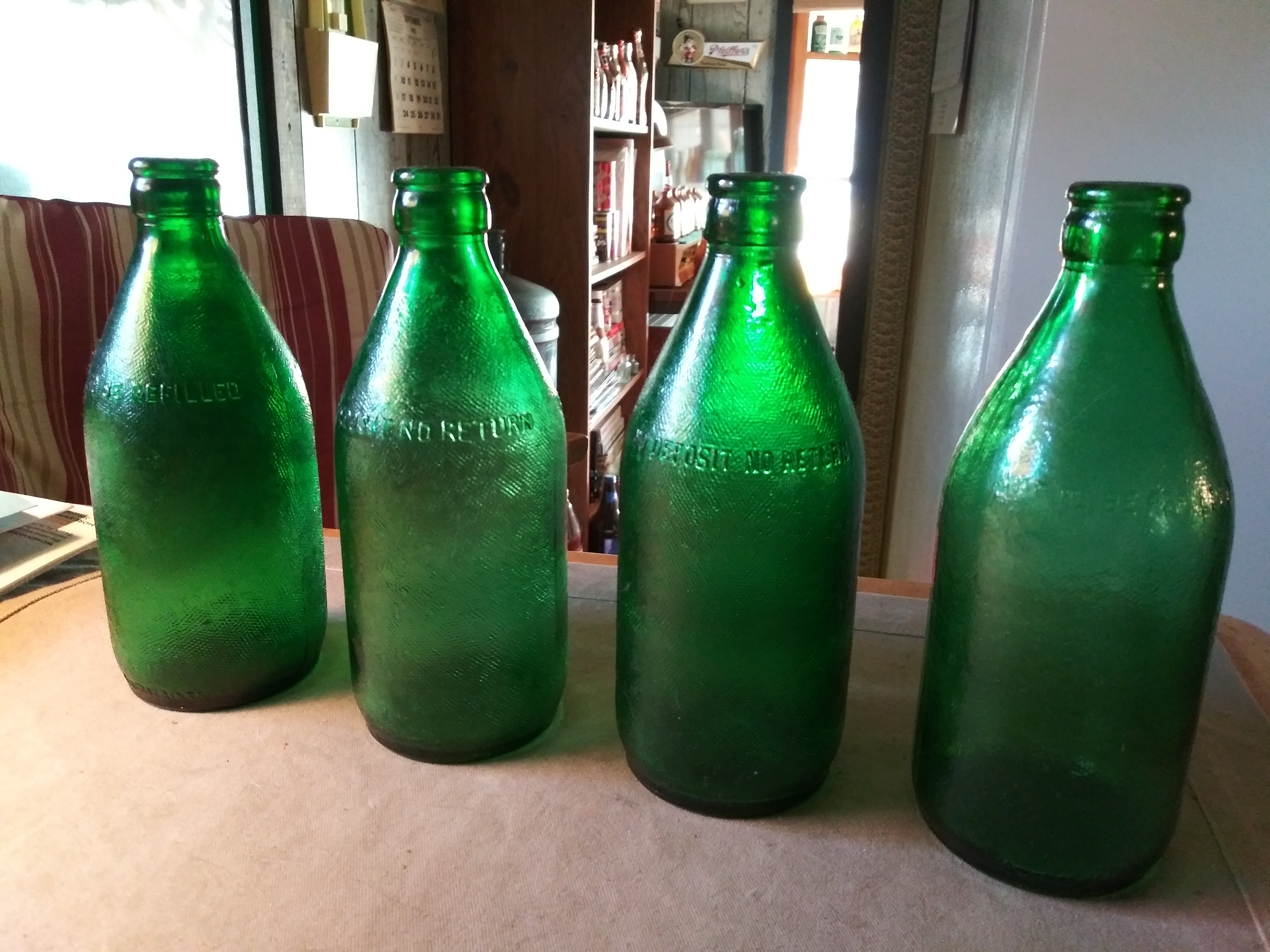 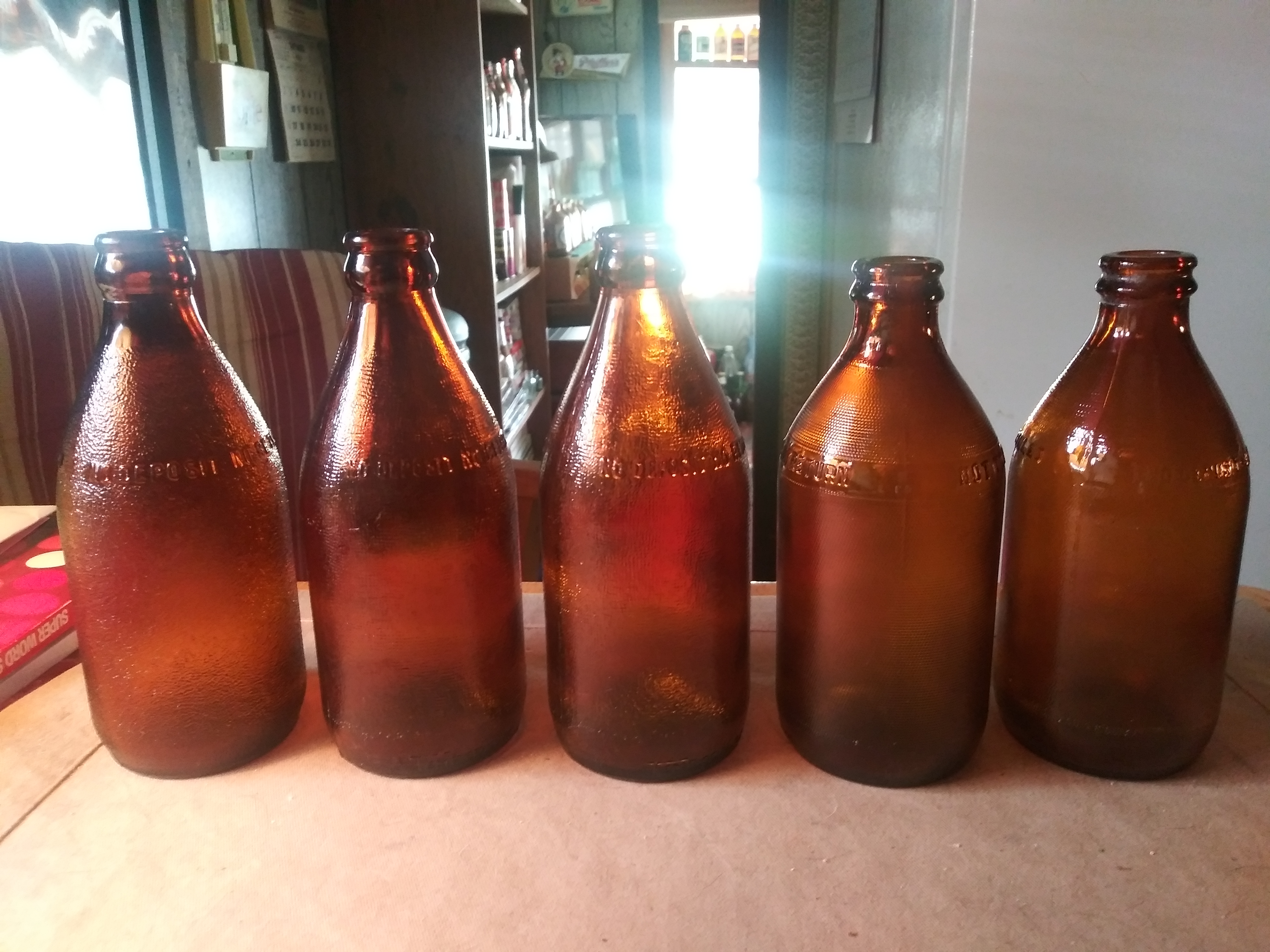 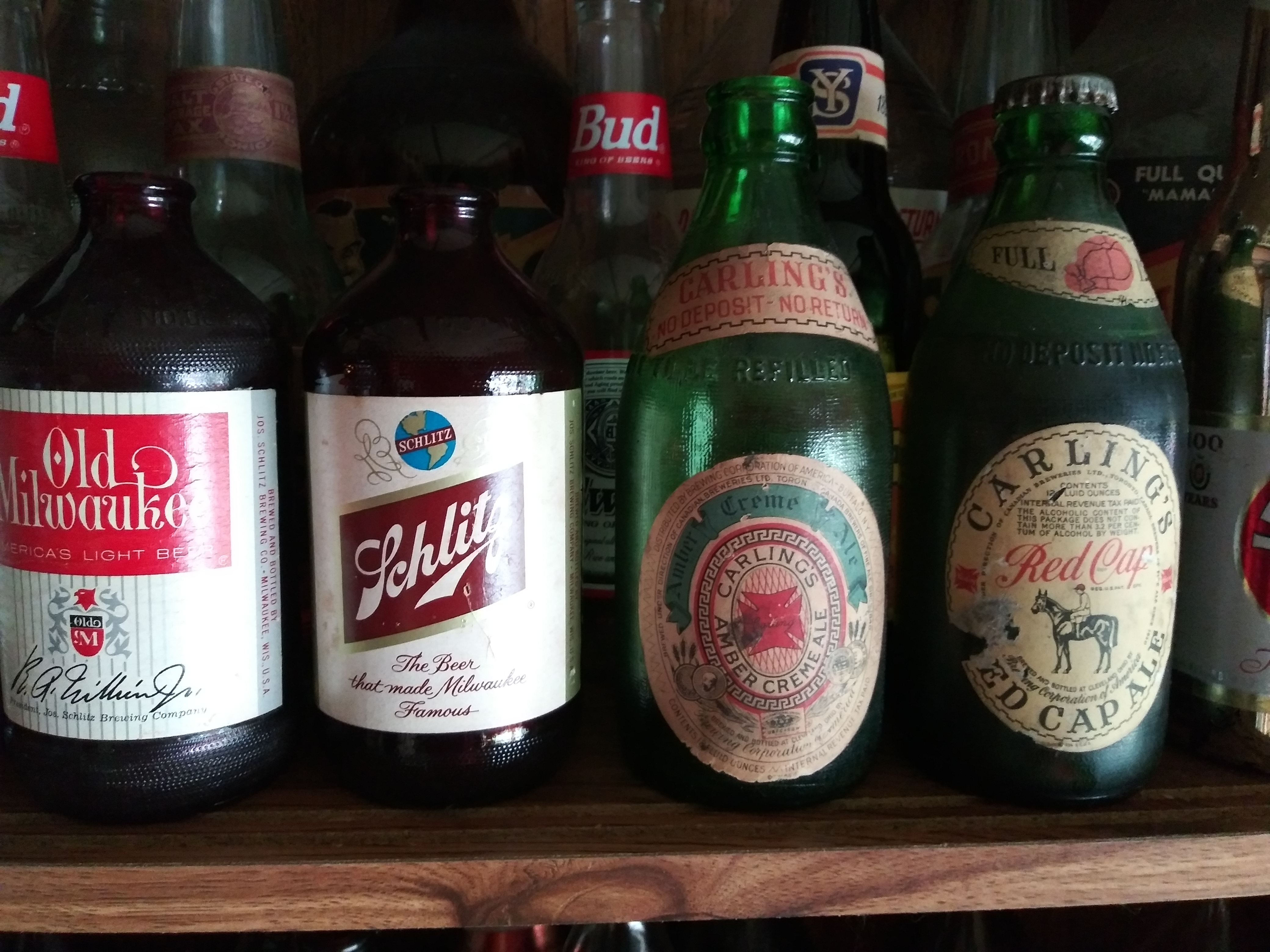 Some of you guys really started off with great bottles. What got me started 46 years ago was a plain old, later varient hobbleskirt Coke. Started a fire though, that will rage until my dying day.
N

Dug one of those plain "Burnett/Boston" bottles in a dump in New Hampshire digging with my parents when I was 6. Was so excited and gave it to my dad for Christmas. It's still kicking around somewhere in my parent's house.