why would a bottle have a rounded bottom,cannot stand on it's own 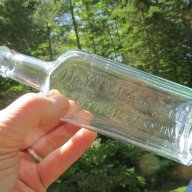 Round bottoms, uh, better not say it! 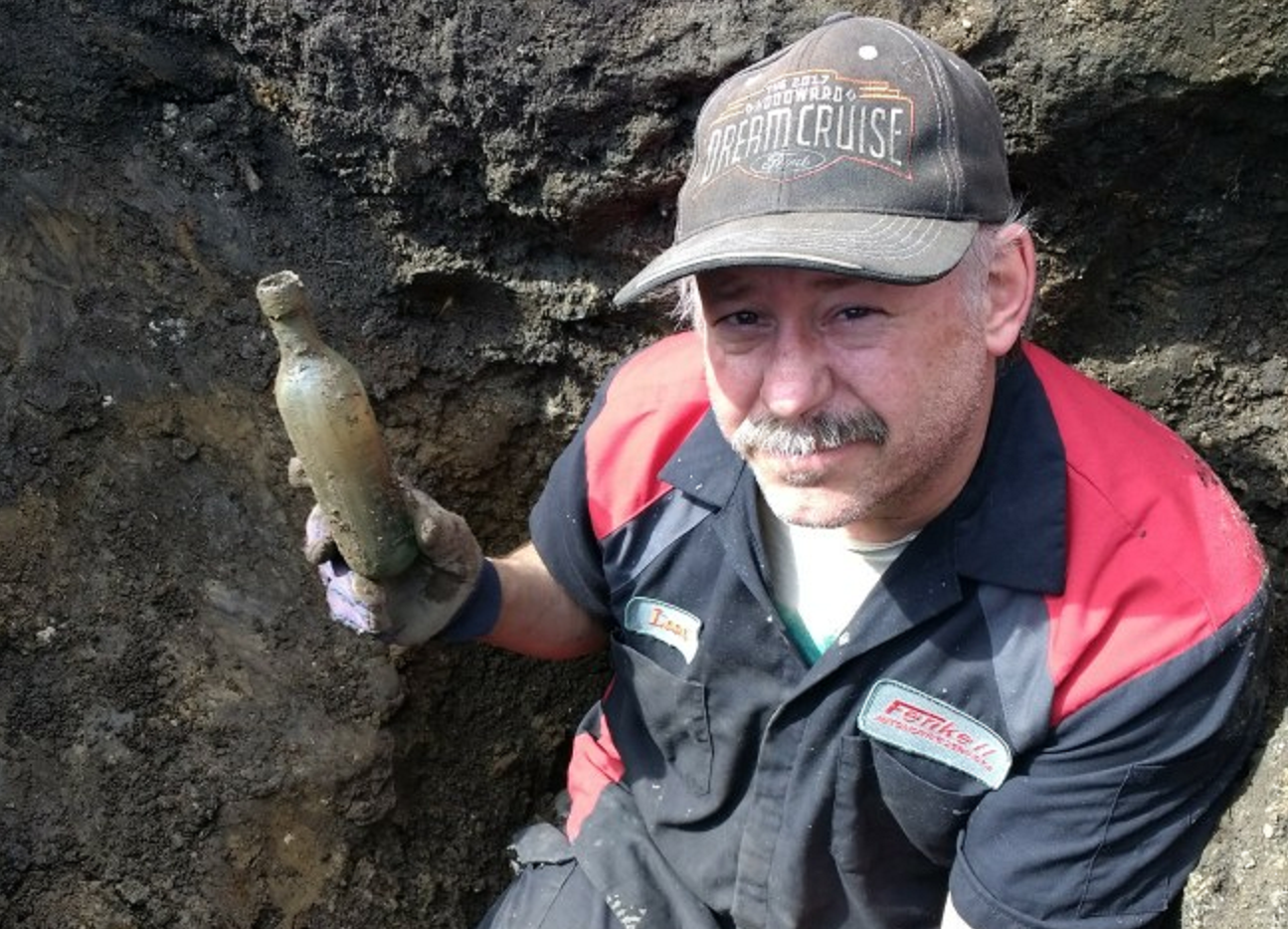 Bohdan said:
The "ballast" idea is a myth. Think about it. Why would anyone choose bottles as ballast? They were CARGO!
Click to expand...

You did see the words "also doubled", didn't you? Of course, the primary use was cargo! I never said they were "chosen" as ballast, but their placement in the cargo hold of the ships would have a stabilizing effect, regardless.
C

I always found these crown top round bottoms to be weird, I can't imagine that the round bottom had any benefit to a crown top bottle unless it was stored for an extremely long amount of time. I'm guessing that by the early 20th century the round base form was just associated with ginger ale. Probably why you start seeing bottles around that time which have nearly rounded bases but can still stand up on their own.
G

Hello all. Ginger Ale Collector here. Having studied the round bottom bottle for a number of years I found that this site (link at end of post) has the most complete and well-documented information on the subject. (The site is also excellent for all kinds of information on old bottles.)

Also, there was a comment in this thread that "Typically these were bottled in Ireland for export, although there are some examples of bottlers in the US and Canada using them as well.”

Yes, many, many bottles of ginger ale were exported from IR to many destinations around the world. However, there are quite a few round bottom examples from US and Canada. I have in my collection 40 examples (mostly US bottlers, but some Canada and U.K.) all embossed “ginger ale.” All are from the 1870s to early 1890s era. The U.S. examples were most probably made in the U.S. The finish and shape of the blob top on English/Irish bottles is very distinctive, and not found on U.S.-made bottles.

Now, what is also interesting is that I have probably five times that many flat-bottomed bottles from the same era, all also embossed “ginger ale.”

Go figure, eh? I am still trying to sort that one out considering the “keeping the cork moist” function of round bottom bottles.

Now, relative to the "ballast" bottle discussion: Beginning in the 1860s Ireland exported ginger ale to North America by the "boatload." When ginger ale became so incredibly popular in the U.S., the local glass companies could not meet the demand coming from the bottlers. Millions upon millions of unembossed round bottom bottles were imported from England. The bottlers in the U.S. slapped their ginger ale label on them, corked and wire-bailed them and off they went to the ginger ale-craving customers. There was a huge amount of trade between the US and UK. If a ship returning to the US to pick up goods did not have enough export cargo to balance the ship, taking on barrels of bottles, for which there would have been a ready market, may have been a good solution for the shipper.

So, the empty bottles could have been both cargo and ballast. There have been reports of the bottom of U.S. harbors being littered with round bottom bottles; presumably dumped when the "ballast" was no longer needed. That may be true, but it also could be that the shipper overestimated the demand for bottles at the port where the ship landed, or the buyer defaulted. Either way, ballast or unwanted cargo, the bottles went overboard to make room for the cargo going back to England, or wherever the next port of call was.

And here's yet another ballast bottle theory based on an auction listing which included this account:

"These <round bottom bottles> were filled with either fresh or carbonated water before the ship left for sea... Then they were packed in straw and laid in the prow of the ship as ballast... As the fresh water was consumed it was replaced with salt water... Thus the ballast remained the same throughout the journey."

The bottle being offered was recovered in the 1940s from a old wreck in Boston Harbor. The bottle was embossed: "THE PITTVILLE LIMITED MINERAL WATERS Co., STOCKWELL ROAD LONDON S.W." I was not able to find any reference to validate this theory, but then again, what don't we know? Go figure, eh?

Here’s the link I spoke of:

Are you asserting that your ginger ale bottle collection is a reliable representation of the numbers and shapes of all ginger ale bottles of the era? (Five times more flat bottomed bottles than round!)

Round bottom bottles were valuable cargo, and it is unlikely that the cargo was dumped in any harbor. It might have found its way into the warehouse of an import broker for later sale.

The crew was not drinking fresh water from the cargo and replacing it with salt water (except for occasional pilfering, I suppose). Certainly not as a system to manage ballast. These bottles were at the bottom of the holds as heavy cargo (loaded there with ballast-value in mind), and thus inaccessible during the voyage.

What don't we know? Lots of things, of course. But, that doesn't mean we should embrace illogical stories that substitute for facts or sound logic.
Last edited: Sep 19, 2020
B

Here is one I bought today in a $5 box of bottles at a bottle show.

Thanks for the constructive feedback.