I have been doing a little more poking around and the latest date I can find for the Unatin 7up Company is 1945. If that was when the company ceased operating, then it is highly unlikely that the 6 next to the Reed mark is for 1946 - which presents and even greater possibility for the 6 as representing 1936. In case you are wondering why I am focusing on the Unatin 7up bottle, its because I believe if we can date it with some measure of accuracy, then the same might apply to dating Rich's White Swimsuit bottle. I acknowledge that more research is required, but sometimes by looking outside the box is where some of the best information can be found. I hate to guess about such things, but if I were to guess, I would lean toward Rich's bottle as having been made in 1937 and the Unatin bottle in 1936 (With "maybe" as my escape clause) 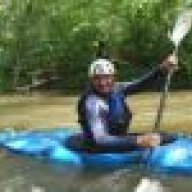 In my limited search's of Unitan, they seemed to have had a few legal problems. So they latest of 1945 could be correct.

Memorandum Findings of Fact and Opinion DISNEY J. This proceeding involves a redetermination of a deficiency in excess profits tax...ftcm1701114

I havn't read thru these completely but the Co. had a few probs. Not sure if these relate to an early closing of the plant. 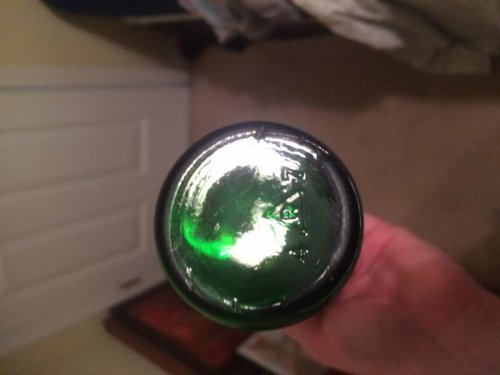 Back at ya, Rich. I was looking at jbeas31's Orange Swimsuit bottle earlier today and realized I didn't have a picture of the base -- but now, thanks to you, I do. I had forgotten it was a Reed bottle. If you look close at the bottom on the the back of the bottle, you will see PRODUCTS CO - which, if my memory serves me correctly, is for the JOYCE PRODUCTS CO -- Also notice on the base where it has a 7 like your's, but instead of a 5 on the left, jbeas31's bottle has a 4 -- With the common denominator being the 7 -- which I will bet dimes to donuts is for ... 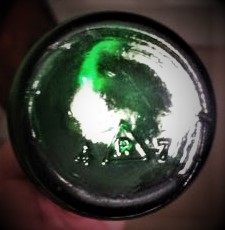 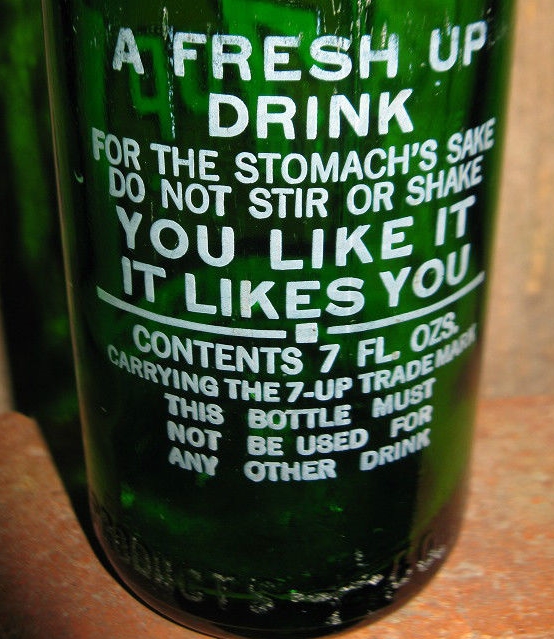 Nice bottle, Iggy. Been a while since I’ve been on.
I believe I have the same bottle you have except mine doesn’t have a makers mark. Only thing I believe I see on the bottom is a faint “7“ . 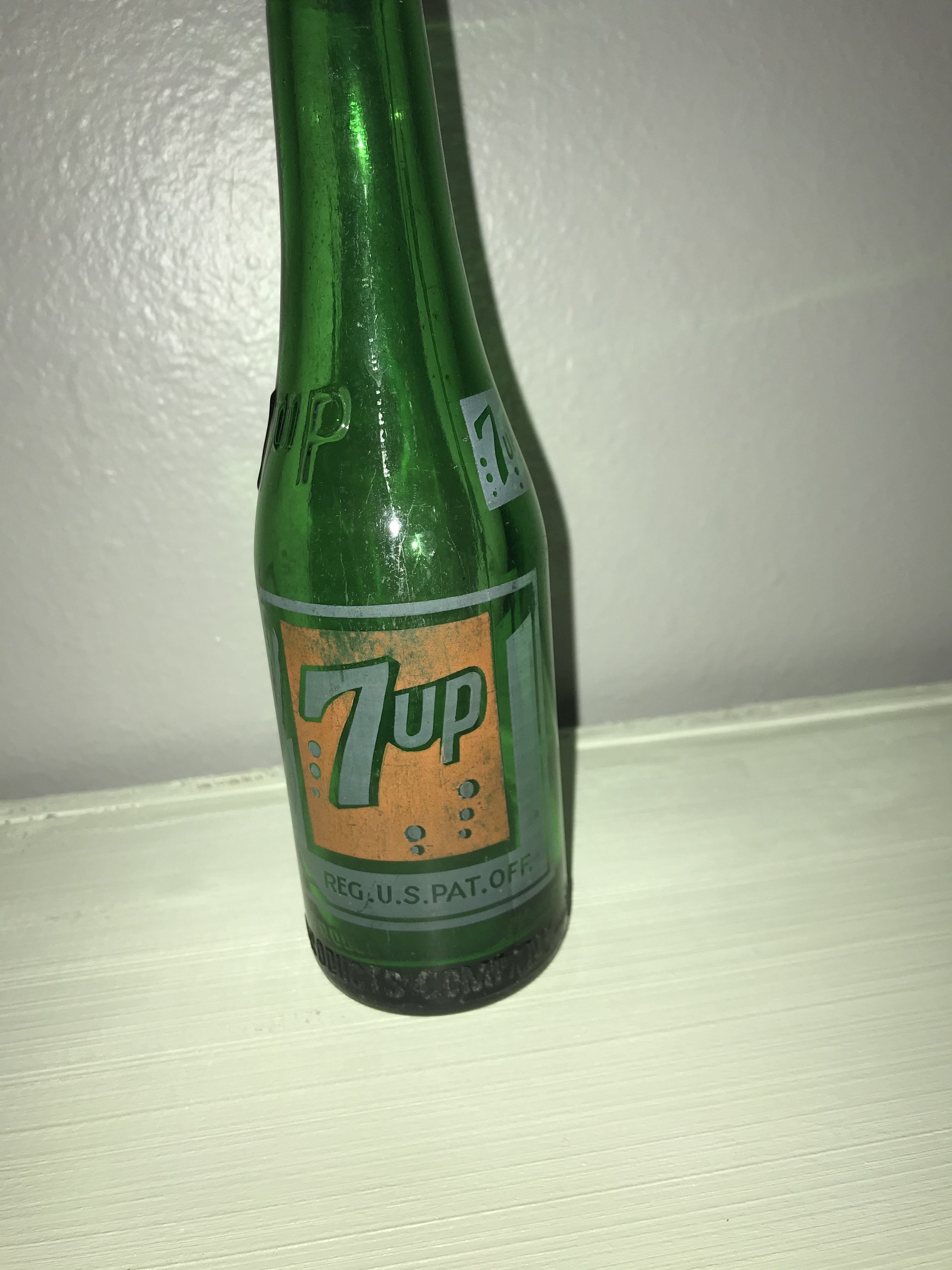 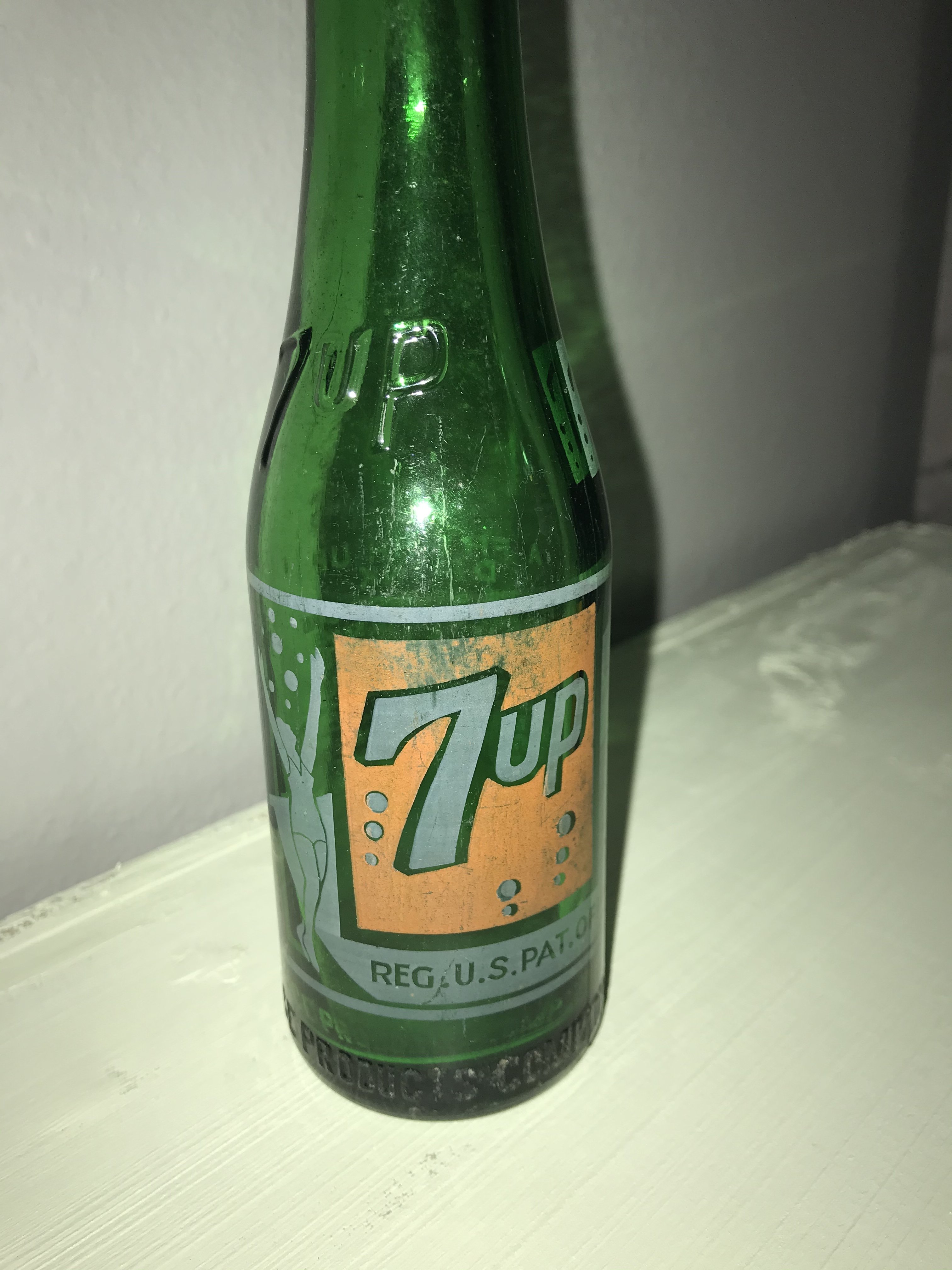 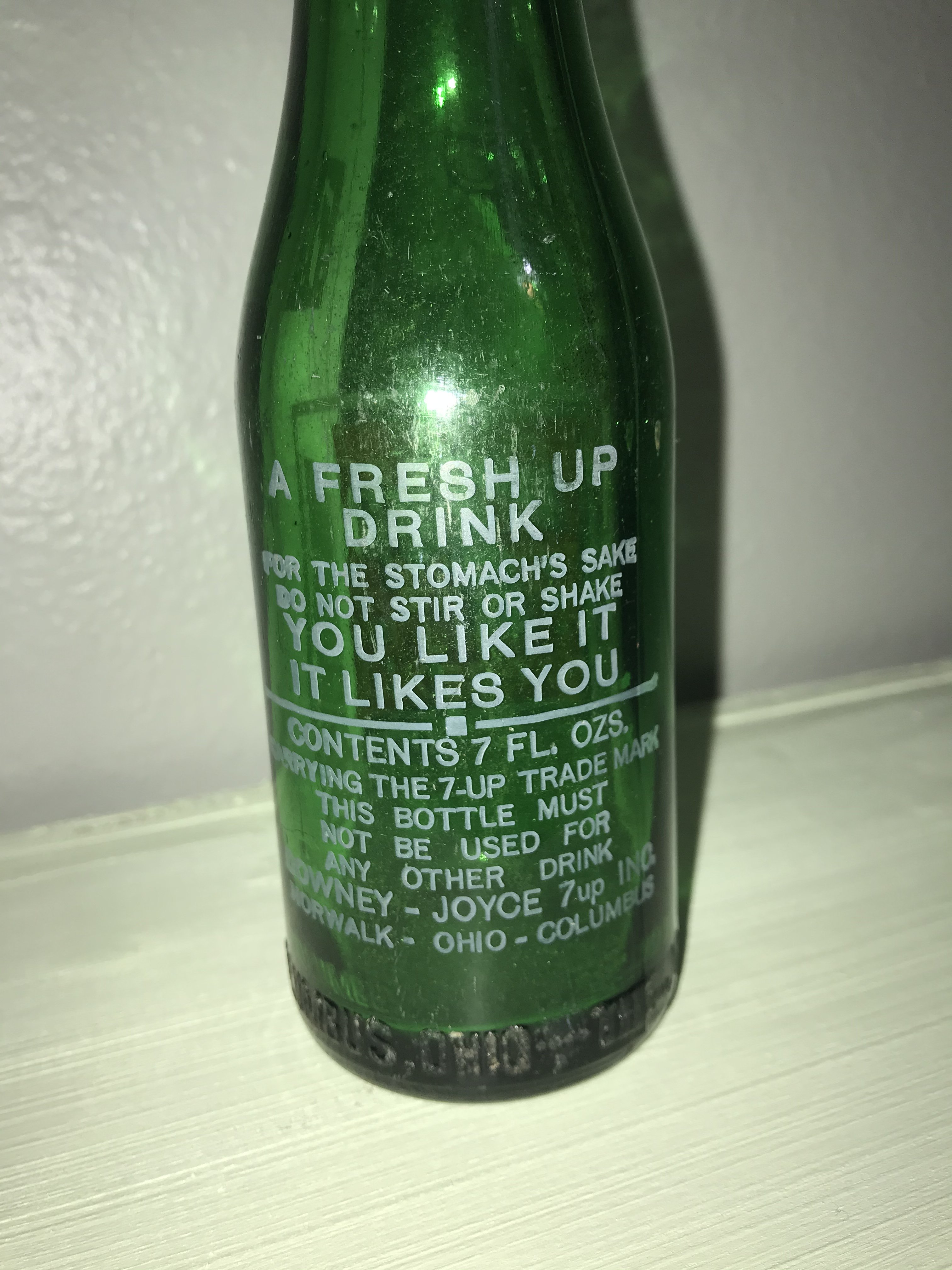 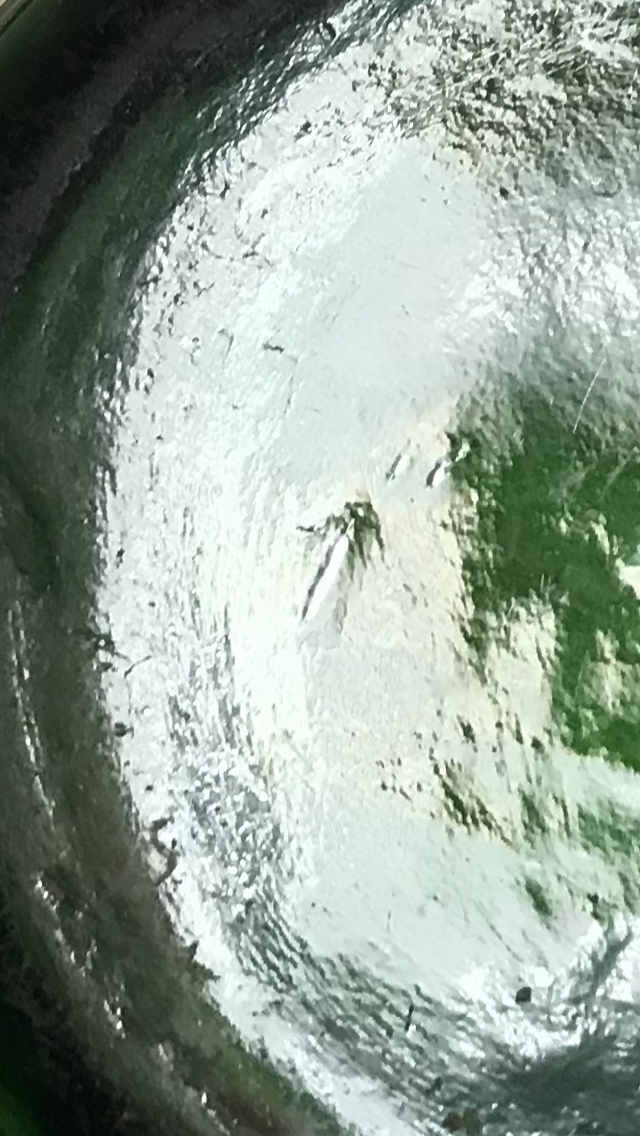 Long time no see. But I guess the same can be said for me. I used to be on here 24/7 but have been busy lately with some other stuff. Thanks for sharing your bottle - its a beaut and maybe one of these days I will find one for myself. Your orange swimsuit bottle is a goody, too. I suppose we can't say for certain just yet, but most of the indicators seem to point to these bottles as having been made in 1937. I just wish there was a definitive way to date Reed bottles. As I mentioned earlier, I am a member of the Bottle Research Group now, and even they are not 100% certain about how to accurately dating the R-Triangle mark. But even with that said, I think the recurrence of the number 7 is more than a coincidence and that it could very well be for 1937. As far as the other numbers are concerned, such as the 4 and the 5 on the left side of the mark, I'm thinking those could very well be month codes. Bottle makers didn't put those kind of numbers on bottles for no reason, with most if not all of them intended for some type of quality control and/or tracking.

Kinda confused on this info. Could someone help dating these two. Sodabob, I wondered if you were the sodapopbob from yrs ago, took a break from bottle hunting. These were surface finds that I stuck caps on. Thanks for any help. I will be posting more texas sodas soon stuff I found within the last month. The Cuero is the owen Illinois mark with lithia. Also they changed Soda citrate to sodium citrate.

I got a notification about your post because I am subscribed to this thread. Yes, I am the same Sodapopbob, but switched to Sodabob when I created a new, personal email address a few years ago.

Your first bottle was made by Owens Illinois in 1943. Any base embossing with the word Durglas was made in 1940 or later. Duraglas was glass hardening treatment that was introduced in 1940. The texturing, or "Stippling" as the industry refers to it, was also introduced around 1940. The purpose of the stippling was twofold … (1) to allow air to flow beneath a hot bottle so it would cool and set faster … (2) to better stabilize it on conveyor belts.

Even though your second bottle does not have the word Duraglas or Stippling, the 0 (zero) indicates it was made in 1940. I can't say for certain based on your pic, but there should be an embossed Dot to the right of the 0 (zero). Those dots are ONLY found on soda bottles made by Owens Illinois and came later to distinguish the difference between bottles made in 1930 and those that were made in 1940. The dots also appear on bottles made throughout the 1940s and was eliminated in the late 1940s and early 1950s when Owens Illinois switched to double-digit date codes such as 55 for 1955.

Another thing to note is that the ACL process (Applied Color Label) was first used by Owens Illinois in 1934. So all ACL bottles were made in 1934 or later.

Additionally, the 3 on the left side of the Owens Illinois logo 3<(I)>3 indicates it was made at O-I plant No. 3 located in Fairmont, West Virginia.

In conclusion, it may interest you to know that I occupy a lot of my time these days with research. Last fall, Bill Lockhart and I, with contributions by Chris Weide and Russ Hoenig, published an article titled ...

It can be found via the following links, and covers a lot of the information just discussed ...


This link is via the sha.org website = The link to the article is next to the photo of the Mission Beverages bottle in the paragraph that starts with Note:


This link goes directly to the PDF and bypasses the sha.org website

Here are a couple of Bill Lockhart articles that specifically focus on 7up bottles, and contain a lot of helpful information ...

Thank u for your help in this . seems I remember u being the go to guy 10 yrs ago. You ,red Mathews cyberdigger and capsoda. Helped me a lot in this passion. Thanks again.

Your welcome and thanks