Been a while since I picked up an insulator, but I found this at a thrift store:

It was very grungy, but it cleaned up very nicely.

Common, but they seem to have a market. And I thought I was the only one who collected electric fence insulators.
N

Those are great! When I was a kid I discovered that the back property line on the land I lived on had those, but they had fallen off the trees they were nailed to and were buried. I had a cheap radio shack metal detector I used to find them (they were still on the pegs and those had nails in them). I accumulated probably 30-40 of them and sold all but one that I still have that has Chicago misspelled on it. 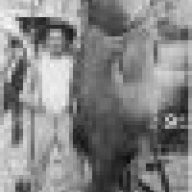 That would be a keeper!
B

They are neat and the pins they fit on are worth more than the insulators. I have 1 only.
Jim

I read that the pins are more valuable. I have larger pins, but none for this.
Well, I have larger pins and the arm to a 50-year-old telephone pole that I dragged to my car one day. LOL. Barely fit in there.
You must log in or register to reply here.
Share:
Facebook Twitter Reddit Pinterest Tumblr WhatsApp Email Link