For Paddy's Day, here are some Irish-Canadians from my collection. 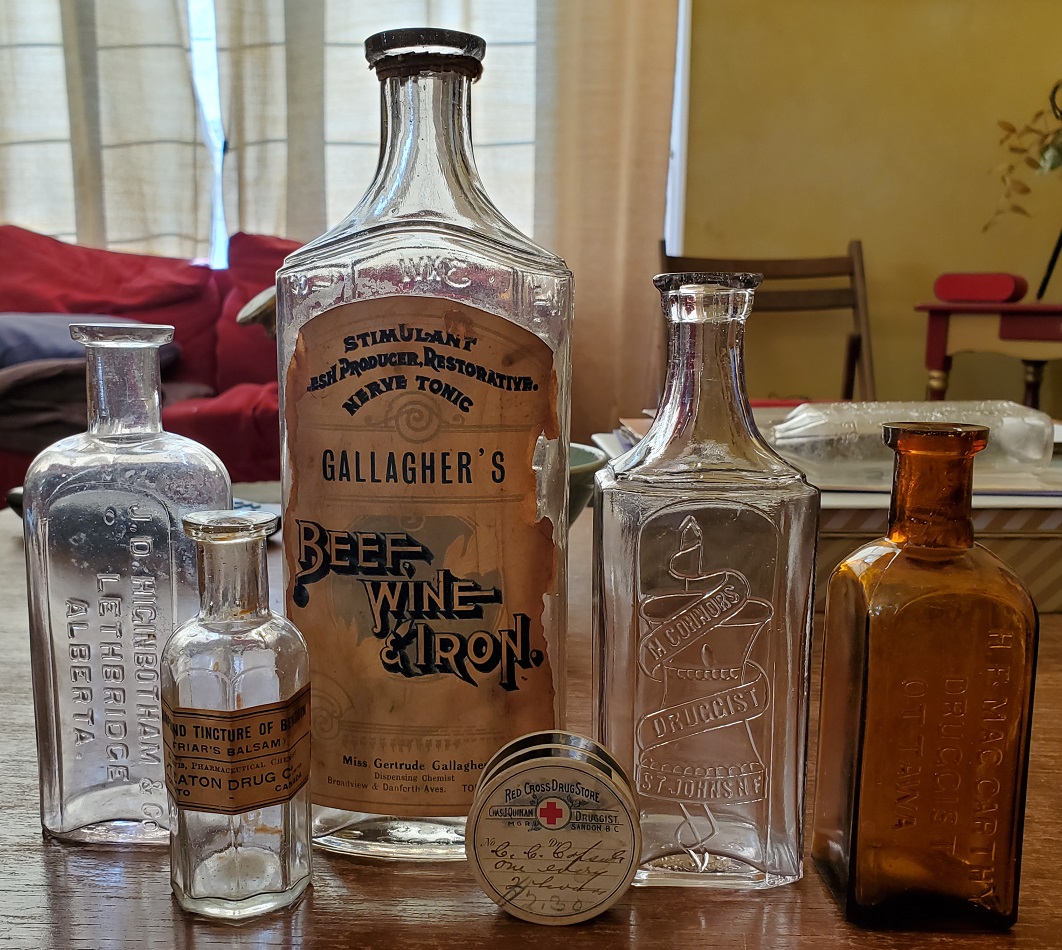 J.D. Higginbotham, Lethbridge, Alberta, circa 1895 (Anglo-Irish ancestry -- indeed, there's evidence that his surname is not English in origin but an Anglicized expansion of the Irish name Higgins -- he established the first true stand-alone retail pharmacy in Alberta)

T. Eaton Drug Co., Toronto, circa 1910 (Timothy Eaton has to be Canada's most famous Irishman, at least in the eyes of certain generations, and his managing dispenser, Charles Lewis, whose name also appears on the label, was from Dublin, Fair City)

Gertrude Gallagher, Toronto, circa 1910 (Gallagher is as Irish a surname as you can get, though Gertrude certainly isn't Irish -- nonetheless, Ms. Gallagher was among the second-wave of certified female druggists in Canada)

Charles J. Quinan, Red Cross Drug Store, Sandon, B.C., circa 1900 (interesting link to bigger history with Quinan in that he served as a military medic during the Riel Rebellion, and, yes, Riel, too, had Irish ancestry)

Michael Connors, St. John, Nfld., circa 1905 (Newfoundland is essentially the most westerly reach of Ireland itself, with the Atlantic being a mere water bridge between Eastern and Western Ireland -- indeed, Irish linguists still study historical aspects of their language as it is spoken on The Rock)

Henry Francis MacCarthy, Ottawa, Ontario, circa 1890 (MacCarthy was the "dean" of pharmacists in our national capital -- indeed, if memory serves me right about my research, all pharmacies in Ottawa closed in tribute of the man on the day of his funeral)
You must log in or register to reply here.
Share:
Facebook Twitter Reddit Pinterest Tumblr WhatsApp Email Link