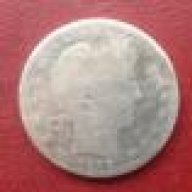 I found this Kepler amber colored bottle today with "Wellcome Chemical Works" embossed on the bottom.Across the top on the 4 sides there is KEPLER embossed on it. I did find info on this site for the same bottle.I found this info on the net:This is an early 1900s Wellcome Chemical Works wide-mouth chemist bottle. The company’s actual name is Burroughs-Wellcome chemical works. The company began during World War 1 in Dartford in the UK. This company was later bought out and renamed: “GlaxoSmithKline.” Being that the seam goes up to and through the lip, can this be considered a BIM?There were several factories at on time where I found this. Maybe this was a chemical used by the factories although I just found the one. Did this have a cork or some kind of a snap on type lid? (excuse the rookie terminology).Can anyone share more info on it.I am thinking 1900-1920?Thank You

Did you see THIS and THISThey were a bit before WWI and the bottle looks like ABM and probably after 1910.

Definitely ABM and probably dates around the 1920's. Here is a LINK to a photo of one of the companies. Has minimal value, probably is from around the UK area. Would have had a cork.
You must log in or register to reply here.
Share:
Facebook Twitter Reddit Pinterest Tumblr WhatsApp Email Link