This one should have been easy, but it has me stumped. Perhaps someone here can help. The bottle is embossed with Liberty Brand Cold Packing Company Oakland CA. on three of the ten sides. It is 2 1/2" in diameter. The seam runs up to the shoulder and then stops. There is another seam, offset by 1/8" that runs through the top. Some air bubbles in the glass. A small 7 is at the bottom of one of the sides, and the letters P and C in trapezoids at the bottom of another. The trapezoids are separated but positioned so that they make a rectangle. 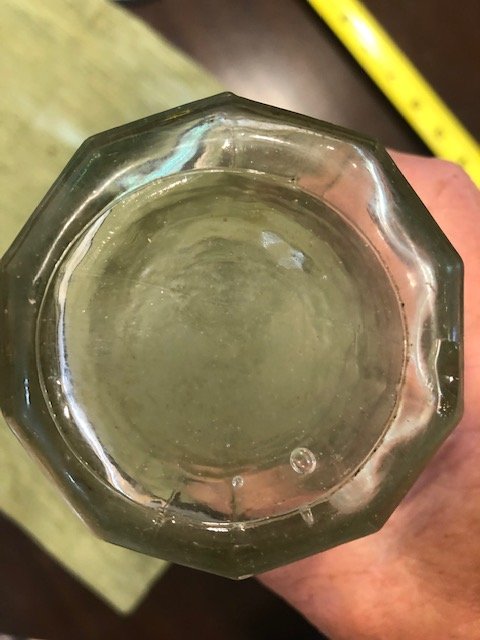 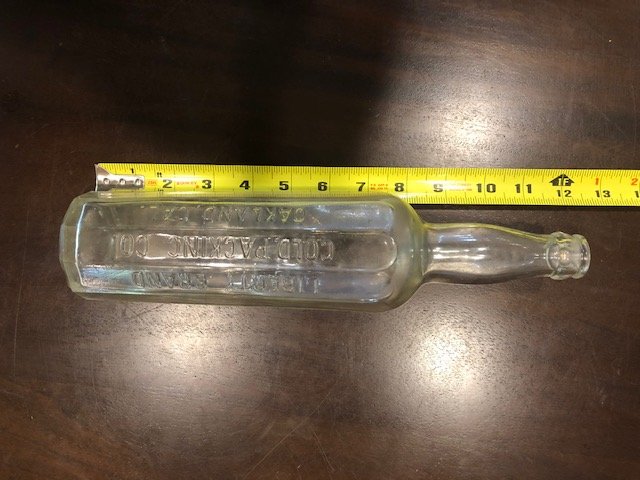 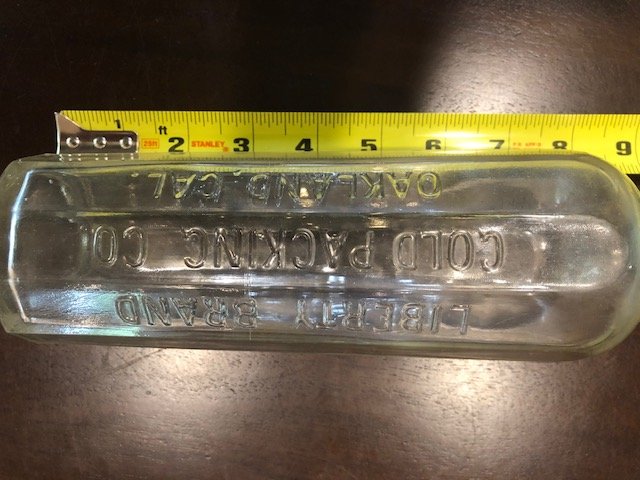 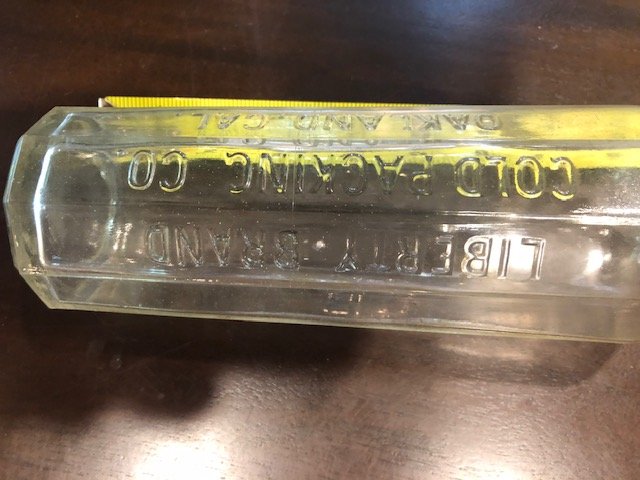 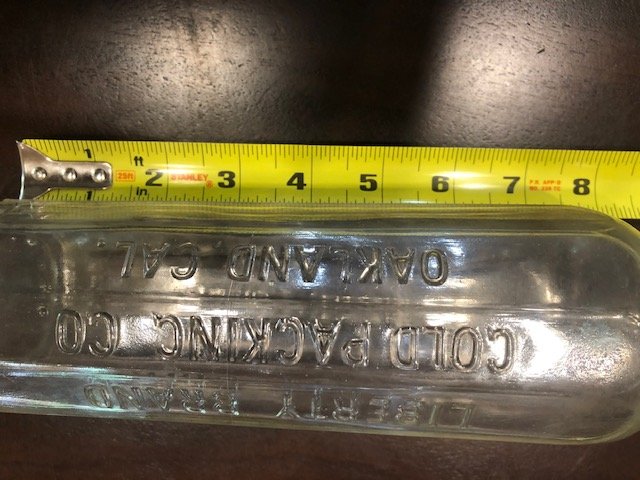 That was my theory, though I am thinking earlier. Apparently from 1890 to 1917 there were a lot of fruit packing companies in Oakland. I have yet to find a census of them. They consolidated into the California Fruit Packaging Association in 1899 and later added more canning companies (1917) to become what we know as DelMonte. I think this was one of the small companies bottling catsup that was swallowed up in the consolidation, too small to be mentioned in the press, or because of the consolidation went out of business in one of the five recessions in the first two decades of the 20th Century.
T

I think the C in Cold is actually a G. I found a reference to the Gold Packing Co of Oakland, CA through Google Books, but couldn't accress the entire page. Here what it did give me:

Perhaps that will help you along your search. I agree that it was probably a ketchup or possibly vinegar..
C

Definitely could be earlier than 1920, that's usually my rough guess for the era of these earlier ABM bottles but they were definitely in use for a couple decades before that as well.
J

Treasurekidd I think you are right. This seems to be a small company so my dating and assumptions are probably right on. There is almost nothing on the company, but I found out that there were about 70 packers/canneries in the area before the consolidation. 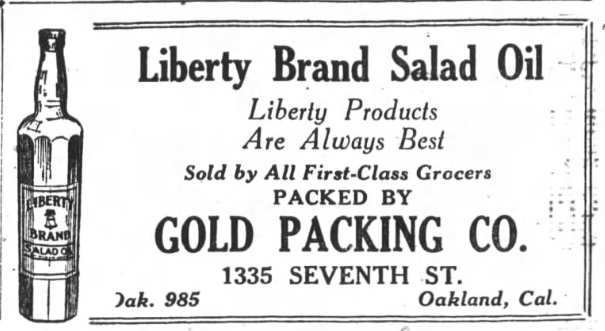