A Tenn. Country Physician , his Pharmacy , and a roadside bottle dump.

I've been working in north Tennessee , repairing roads and bridges. And since,&nbsp; I was interested in the possibility of a relic discovery , near my job sites, I went to the local library to study the old county property maps , showing towns, homes, and businesses in the vicinity. What I noticed, besides the locations of relocated creeks, roads, the rural schools, churches, country stores and seasonal businesses, was a 1930's home of a country physician, marked with a medical symbol. The road at the time was named after, said doctor, although it had since been changed, and it's location was less that a half mile from the job site, therefore , a check of the state city directory, showed a once thriving community in the 1880's, ... it , by depression years of the 1930's , was just a side note on the old map from that era. So the town became a ghost town,&nbsp; that had altogether, vanished into history. But a few locals stayed on, and farms retook the former town square and main street. So checking the drainage maps,I&nbsp; found the town was surrounded by a couple of town creeks, one running thru and dumping into the side creek on the local highway. There was no trash pickup in the olden days, business and home owners, loaded their junk on a wagon, and filled the creeks and stream with a myriad of discarded items. I didn't have to travel far, I stopped. There was glass everywhere, I looked! Not just modern amber beers, and wine coolers, but,&nbsp; old glass , lime green, , light blues, olive green and cobalt blue. Bottles and other items, were literally falling out of the ditch bank, dating from Victorian times, to the 1940's.&nbsp; I never warked further, than 20 feet off the roadside. But before, I took one step, I had searched the old books, compared the old maps to new, and (google earth). Found out , as is the case, with many defunct , forgotten TN towns, the railroad or the new highway had been laid to far from the center of their town, so most folks moved , and relocated near the new thorough fare . But the physician stayed, now a country doctor, he patched up the injured farmers , set kids broken bones, and delivered babies,... the grateful locals, named the old road after him. But by the 1980's , he was a long forgotten memory, the road renamed for the town everyone moved to. His home and practice was gone, no doubt , it had a pharmacy to revile any drugstore from the era.&nbsp; &nbsp;He had a very good business, looking at the hundreds of slick , clear glass bottles , long unlabeled , strewn in the road side conveyance. So I'll post the photos, lots of bottles, I left there,&nbsp; the most unexpected find, was a silver standing liberty quarter, got to bring my metal detector, several 1900 era straight side embossed soda bottles, a brass soda fountain dispenser, meds of all types,(no pontils)&nbsp; some broken stoneware, modern embossed sodas, maybe even the door pulls from the residence. Just some really cool stuff,&nbsp; that was found, I really enjoyed a plan, that came together, after the research, it's was, at the least, a great experience. Such a huge pile, like this in the middle of nowhere! I'll be back, for sure. 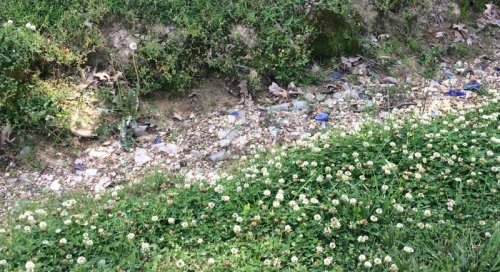 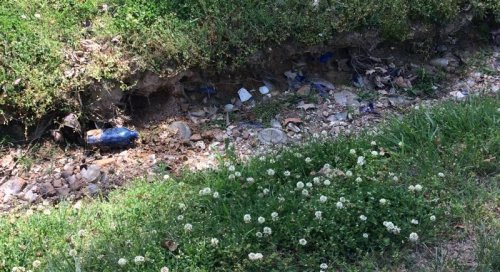 Upsteam in ankle deep water, a brass register plate and the silver quarter. 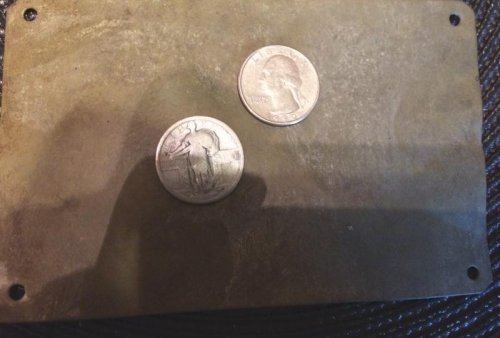 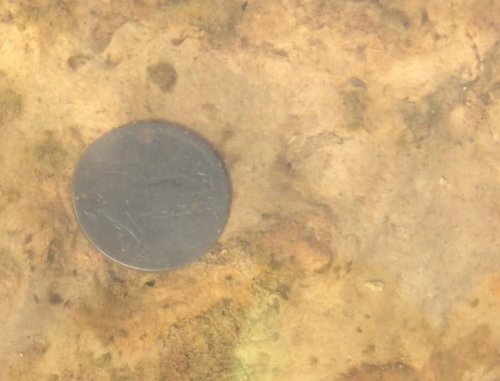 The bottles, medicine and others. 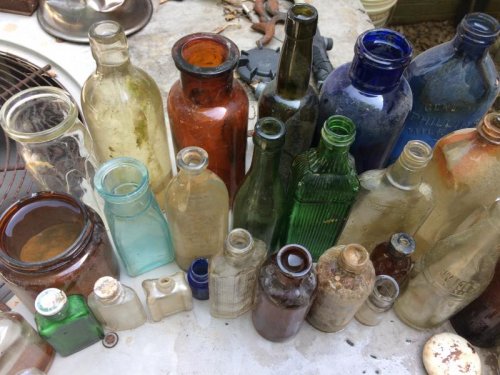 The sodas found, after following the glass trail upsteam, where the banks were a few feet high, and spotted several old lettered bases, after probing the banks. 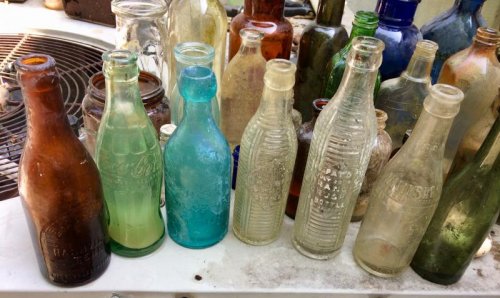 
OOPS, Forget my last comment, I see the pics now.

The brass item , which may be from soda fountain, ID it please 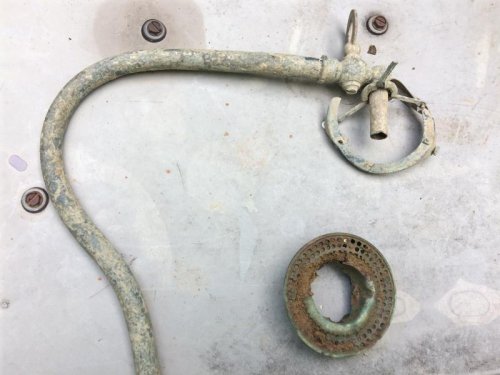 and comment. Notice the amber soda has a tombstone shaped slug plate , its from Nashville. I've found this brand in Memphis digs, will post better pics on the soda forum, it has two tone amber glass, very dark on the bottom, light amber from the shoulder up the neck to the crown top.