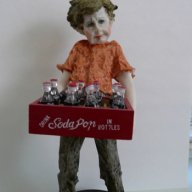 I believe most of us know by now that The Howdy Company was stared in 1920 by C.L. Grigg and E.G. Ridgeway. The Howdy Company from 1920 to approximately 1928 was located at 406 Market Street, this was an office building known as The Granite Building.

I believe the first company to bottle Howdy in St. Louis was the JAS. M. Dupiech Bottling Co. I have two half pint Dupiech Bottling Company bottles that have Howdy embossed on the bottom. Honestly, I never thought of that word being associated with Howdy soda until I seen an ad from 1923 and pictures that I discovered on the web. 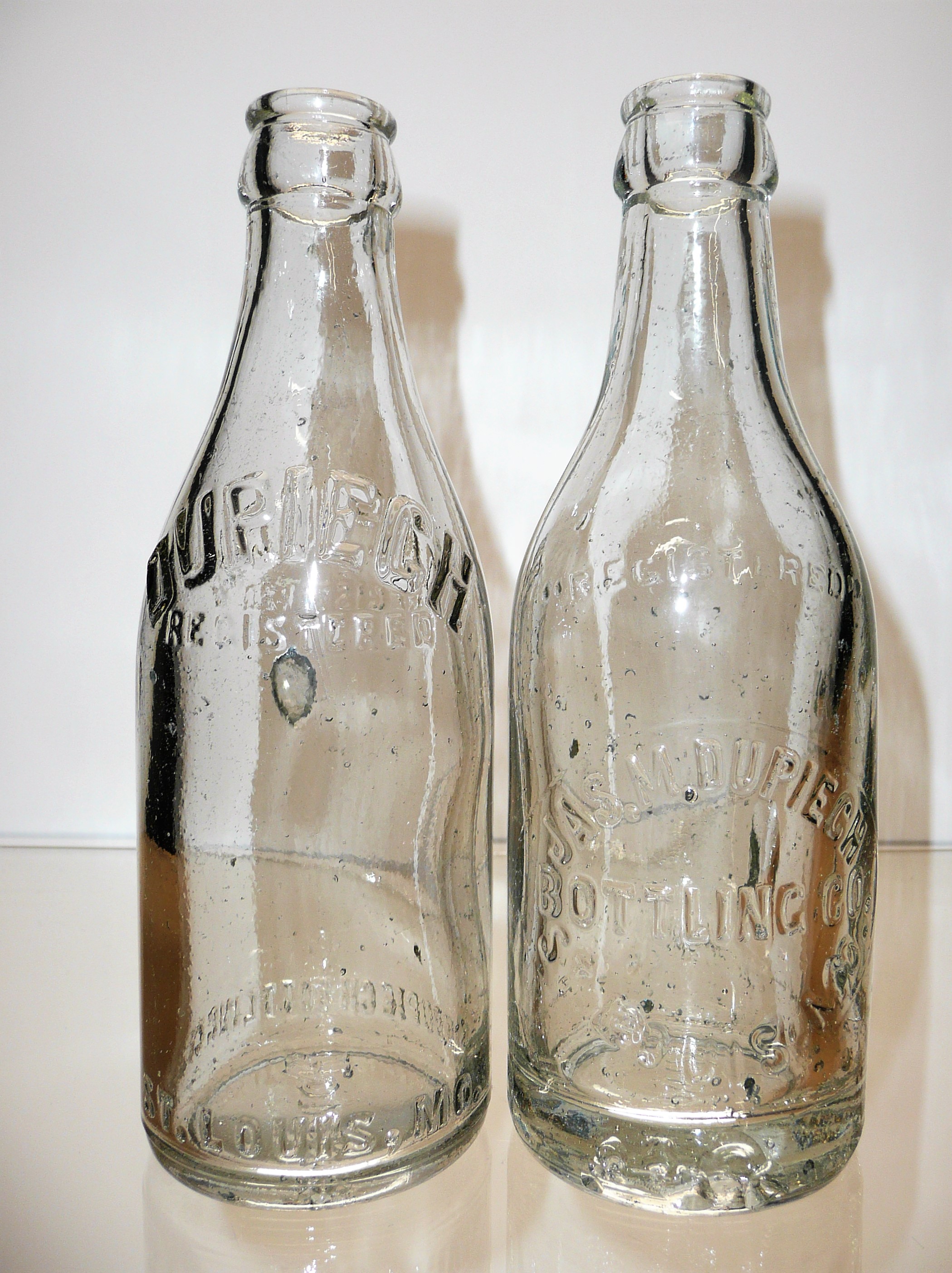 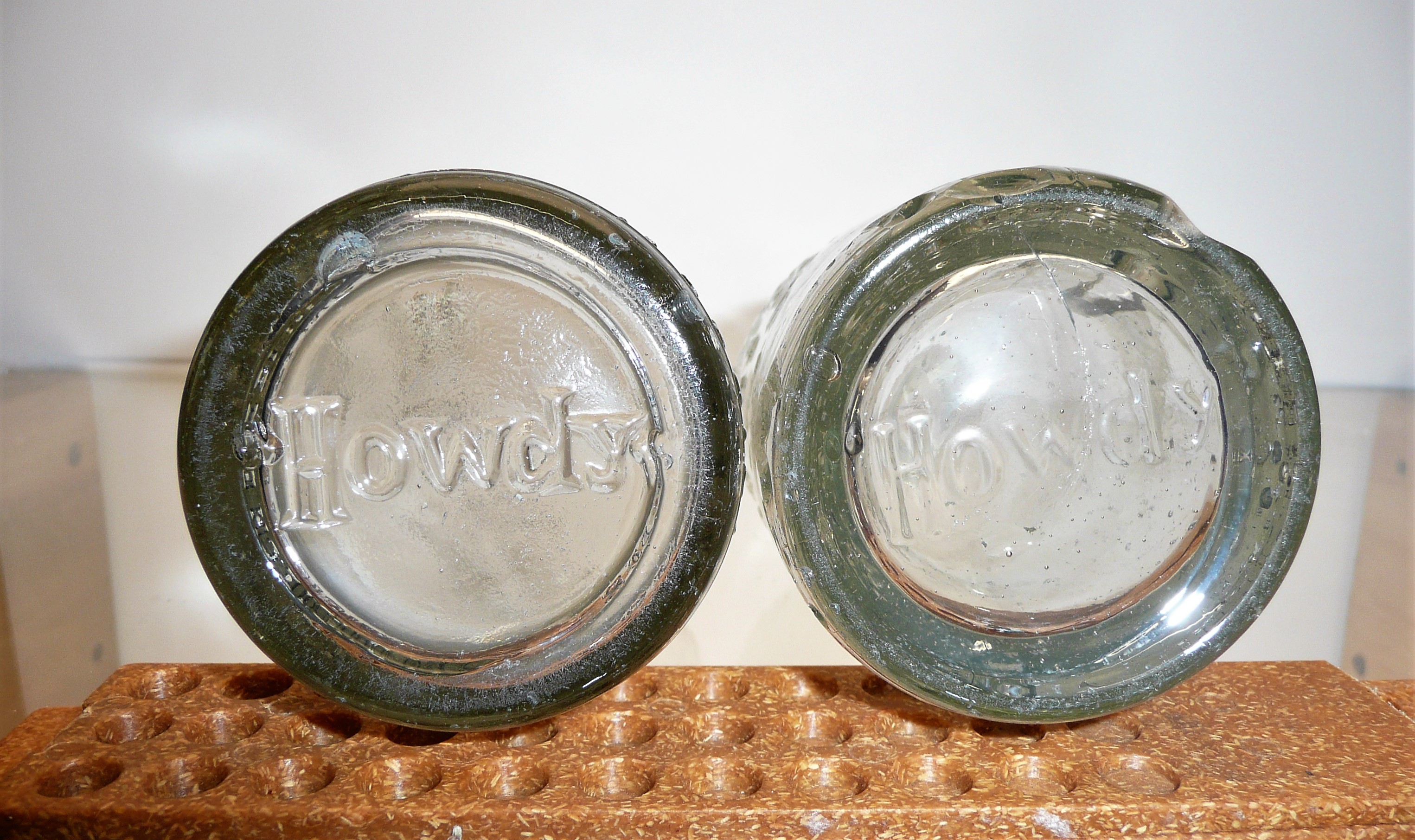 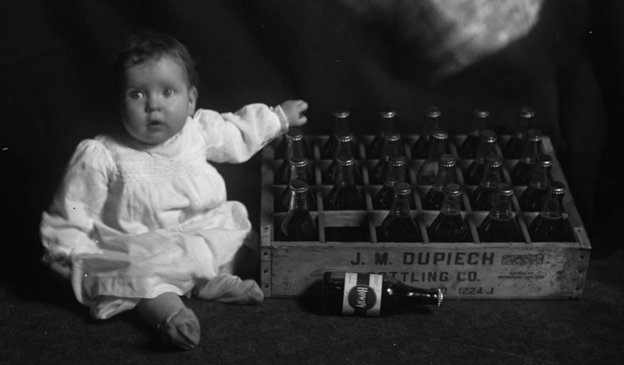 So, I have a Howdy label and temporarily attached it to the bottles for a quick picture. The first bottle makes sense as there is a space under the name Dupiech for a paper label. But the other bottle has all that embossing, surely, they wouldn’t put a label over it, so I put the label on the other side and you know it just doesn’t look right. Maybe the heavy embossed bottle didn’t have a paper label, perhaps it just had a cap showing what was inside. Just not sure? Or is it possible that the bottles we proudly display with the embossing out front is actually meant to be the back with paper labels on the front? What do you all think? 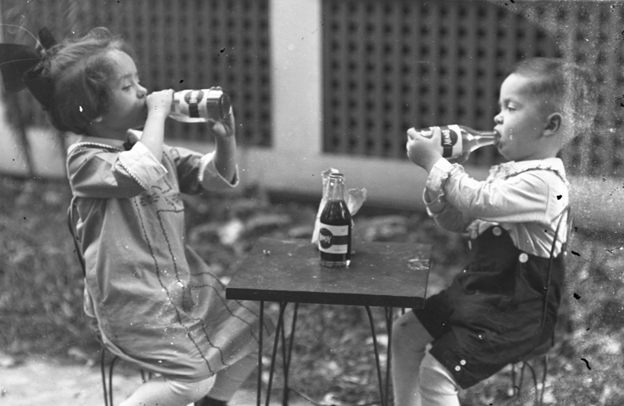 Notice the older children in this photo drinking Howdy. Doesn’t look like orange soda to me, I’ll bet mom had the orange soda replaced with water just in case some sort of spillage would occur. Wouldn’t want orange soda all over our good picture taking outfits.

1924 and Hygrade Water & Soda Company is either also bottling Howdy, or has taken over the St. Louis franchise. I’m not quite sure at this time. 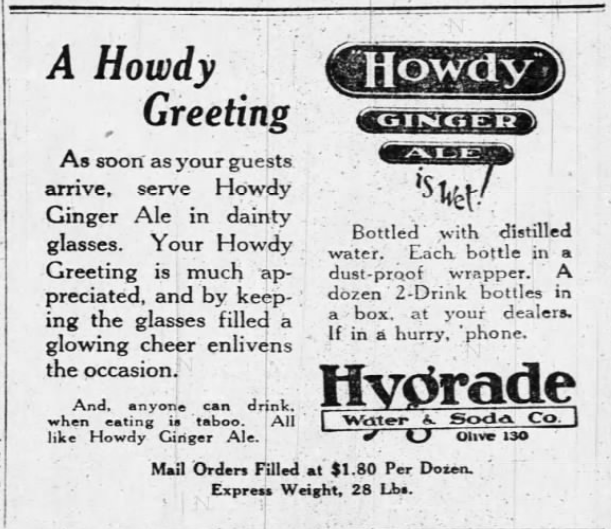 The Howdy Bottling Company was started in 1929 by an Edward L Taylor, this is the same Edward L Taylor that is known to be the first person to acquire a Seven Up franchise to bottle 7 Up.

The patent date for the iconic Howdy bottle was April 23, 1929. Taylor and Grigg must have had a good relationship as Taylor used the same basic design for two other sodas he was bottling. They are Taylor Beverages and Faust Beverages. All three bottles are 7-ounce and date between 1929 and 1933. I am sure Taylor had a wide range of flavors, also pictured is a ginger ale paper label dating to the same time period as the bottles. 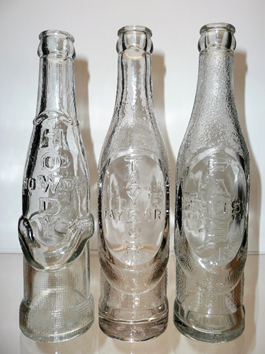 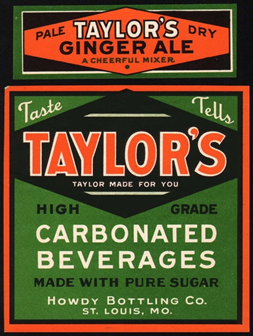 I have a soda label that shows the name change to the Howdy 7Up Bottling Company. This change occurred in 1933 or 1934. This is the same time frame when the company relocated to 2337 Russell. 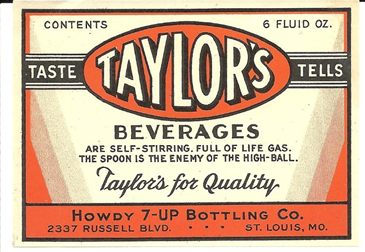 A copy of a picture from 1936 showing the plant at 2337 Russell, now the Seven-Up Bottling Company.

A close up of two of the trucks. 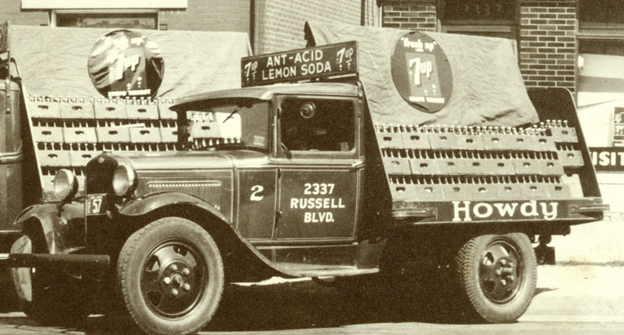 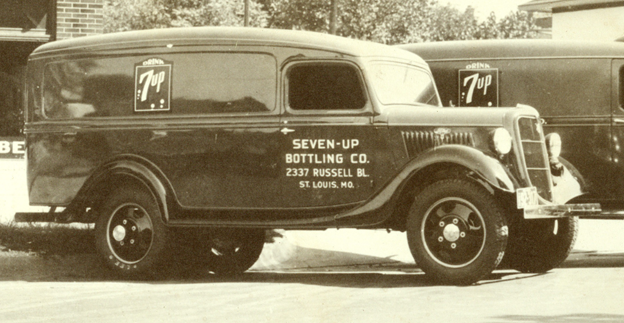 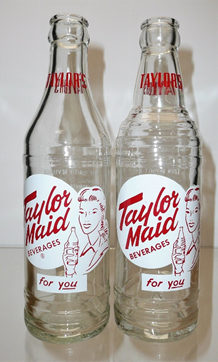