We have found an old farmers garbage pit on our property. Found this and wondering if anyone can identify it.
It is small and thin (may hold 5cc at most). It is clear glass and is only 2 inches tall. With a small cork as well as a small metal screw top. Raised glass marker on front face says C &Co. The "&Co" is wrapped by the first C. Thanks in advance! The kids and I are enjoying our new found hobby...

Cunningham & Co. was the bottle maker out of Pittsburg, could be a pill bottle of some kind...Welcome to the forum, pic's would be great....Jim
F

Thanks for the reply. Here's the picture. . . first time uploading photo - hope this works.

Welcome to A-BN, and thanks for bringing what looks like a purse size cologne or perfume.

Could'ya take some nice focusy close ups of the lip and cap, the logo, and the base? More bottle, less paper, please.

That doesn't look like a bottle makers mark, that seems to be whatever Co. sold the perfume...Jim
M

notice the monogram on this bottle and the lid http://cgi.ebay.com/Antique-Colgate-Co-New-York-Cologne-Bottle-Tin-Top-/380304478515?pt=LH_DefaultDomain_0&hash=item588be9d133
S 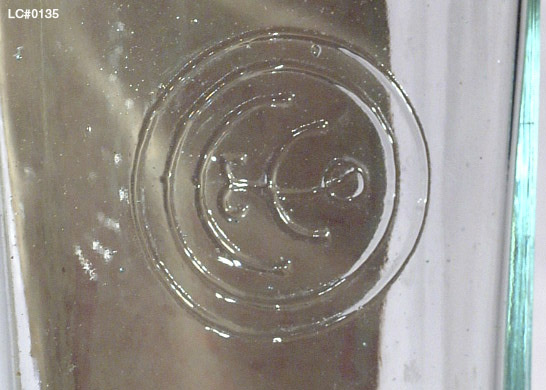 This is the later logo.

"In 1806 William Colgate, an English immigrant, founded a starch, soap and candle enterprise on Dutch Street in New York City. Getting the jump on others, Colgate obtained a giant kettle and proceeded to render (purify) his fat (for soap and candle making) himself. After buying out his early partner, Frances Smith, in 1813, the business became "William Colgate and Company".
In 1817 Colgate's first advertising appeared, for "Soap, Mould and Dipt Candles".
Sometime after 1817, Colgate's brother-in-law, John Gilbert, built a starch factory in what is now Jersey City, New Jersey. In 1847 all of Colgate's factory operations were moved to the New Jersey site.
William Colgate died in 1857 and the business was renamed â€”Colgate and Company.
Colgate and Company began to venture into perfumery in 1866. 1872 saw the introduction of their landmark soap, "Cashmere Bouquet", a milled, perfumed toilet soap. ("Octagon" was their longtime best seller laundry soap and it was immortalized by a giant, octagon-shaped clock, first over the company's New York offices; later, in an updated version, over their Jersey City factory.)

Caprice Toilet Water By Colgate
In 1873 Colgate introduced their first toothpaste â€” an aromatic dental cream sold in jars.
In 1896 Colgate introduced its first tube toothpaste, a model very similar to the product it sells today.
Although nobody would have guessed it in 1896, the introduction of tube toothpaste no doubt spelled the beginning of the end of Colgate and Company as perfumers. By the 1920's, Colgate was strongly focused on it's highly profitable dental products.
Yet looking back a few years we find that in 1906 â€” Colgate's centennial year â€” the Colgate product line included 625 varieties of perfume, in addition to their dental products and perfumed soap!
Today Colgate's years as a perfume marketer are largely forgotten." Photos & text from Perfume Projects. 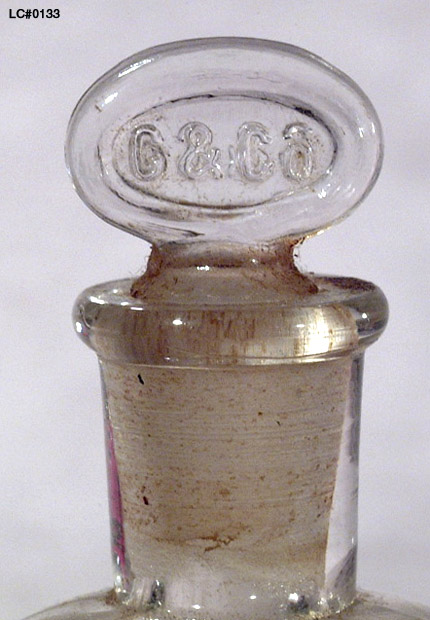