Dots On The Neck?

There are various brands that have small round dots on the neck of their bottles, usually above or on either side of the logo if there is one.
There has been discussion of this on other threads before but I don't think it has ever officially been solved as there are discrepancies with the theories.

In most cases they appear to indicate that the bottle is a particular size.
On Orange Crush and Pepsi, they only appear on the 8oz bottles: 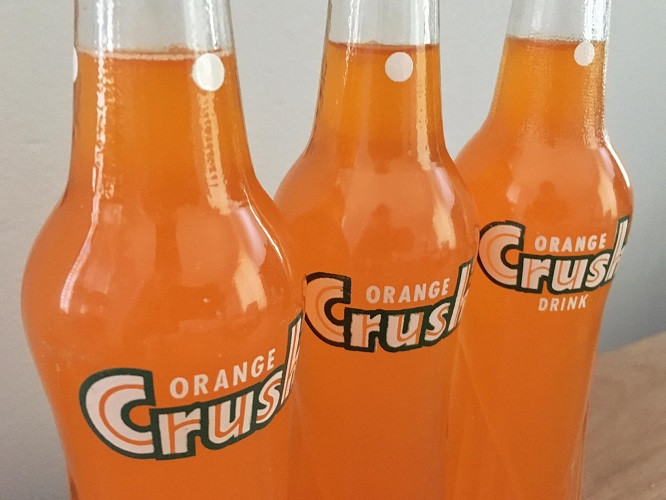 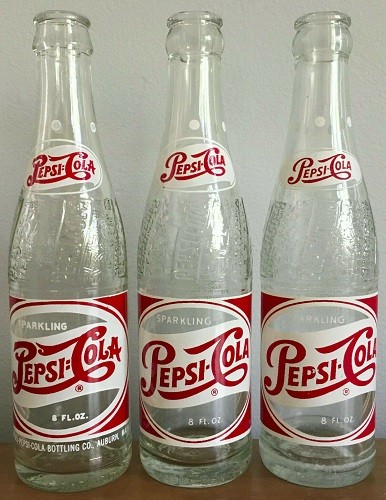 On Nesbitts and Dr Pepper they appeared beside the logo on only the 12oz bottles: 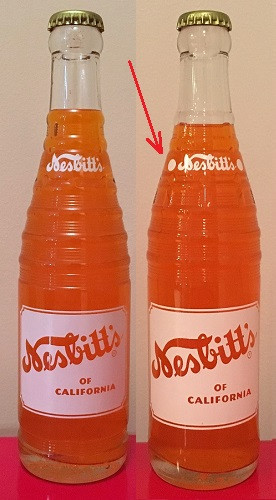 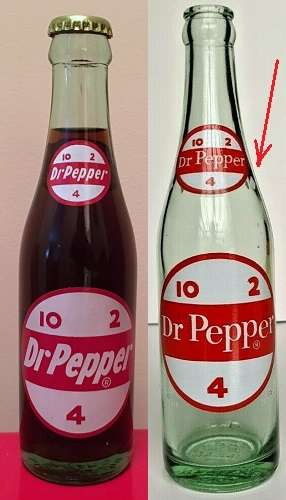 On 7Up they appear on a 7oz (standard size) beside the logo:

On Frostie they appear on the 12oz (standard size):

With Mountain Dew, it only appears on one 10oz Charlie and Bill 10oz bottle:

There are multiple theories about these dots:

1. The dots were to indicate that the bottle was for a vending machine only and that no deposit was paid on the bottle.
As user CanadianBottles pointed out in another thread, this would probably be a hassle for the dealer restocking the machine, since empties would have to be sorted out and separated.
User Bad3555 pointed out that there would be no incentive to return the dotted bottles to the retailer if they weren't going to get the deposit back.
For retailers selling bottles from multiple sources (individuals on the shelf, cartons, ice chests, coin machines etc) it would cause a lot of confusion as well if only one of their sale methods has a special bottle style.

2. They were there to show the proper level to be filled.
I don't know about this... ACL application wasn't a perfect science down to the millimeter.

3. Dick Bridgforth's Mountain Dew Hillbilly Bottles book states "the dot was placed there so that the filling line could tell that it was a 10 ounce bottle. Tri-City had multiple size Charlie and Bill bottles and needed to be able to tell the size quickly".
This doesn't make sense for the 7-Up or Frostie bottles shown here since they appear on the bottles that were the most common size available at that time. I don't think they made 7Up in a different size other than 12oz starting in the mid 50s, but those had a "Fresh Up" logo above the 7up shield and if you couldn't tell the difference between a 7oz and a 12oz on the bottling line, well then you probably shouldn't be working there 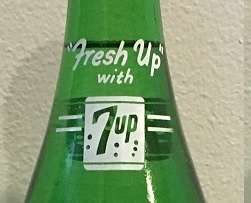 If anyone else has any other theories or can provide any more insight on this, it would be greatly appreciated!
Last edited: Jun 29, 2022

I've heard all the above theories over the years, too. Always tended to believe it was for the deposit vs. no deposit idea, but they all make sense.

A little side story: In the 1970s I lived in Bloomington, Indiana and the local Coca-Cola bottler supplied their 10 oz. glass products to Indiana University without a deposit fee being charged. The 10 oz. size was only sold in vending machines on campus and not in grocery stores. I remember Coca-Cola, Sprite, Sunrise and to a lesser extent, Mr. Pibb in the machines. I worked in a grocery store back then and my job was sorting and crating the returnable bottles. Often, students would pick up a case or two of the 10 oz. bottles on campus and try to turn them in to the store for deposit. When they found out no deposit would be given, they sometimes threw them down in disgust inside the bottle bin or take them outside and smash them in the parking lot.

I remember some of the bottles having dots and others didn't. I was going to school at IU at the time and bottles would be scattered all over campus, and the machines even had signs saying no deposit would be paid if trying to turn them in but it didn't seem to deter a lot of students.

I got to know a few of the route drivers over the years and they all said when Coke went to cans on campus, it was the best thing ever.
Last edited: Jun 30, 2022

I have 10 oz Pepsi and Patio and Teem bottles with dots on the neck also. 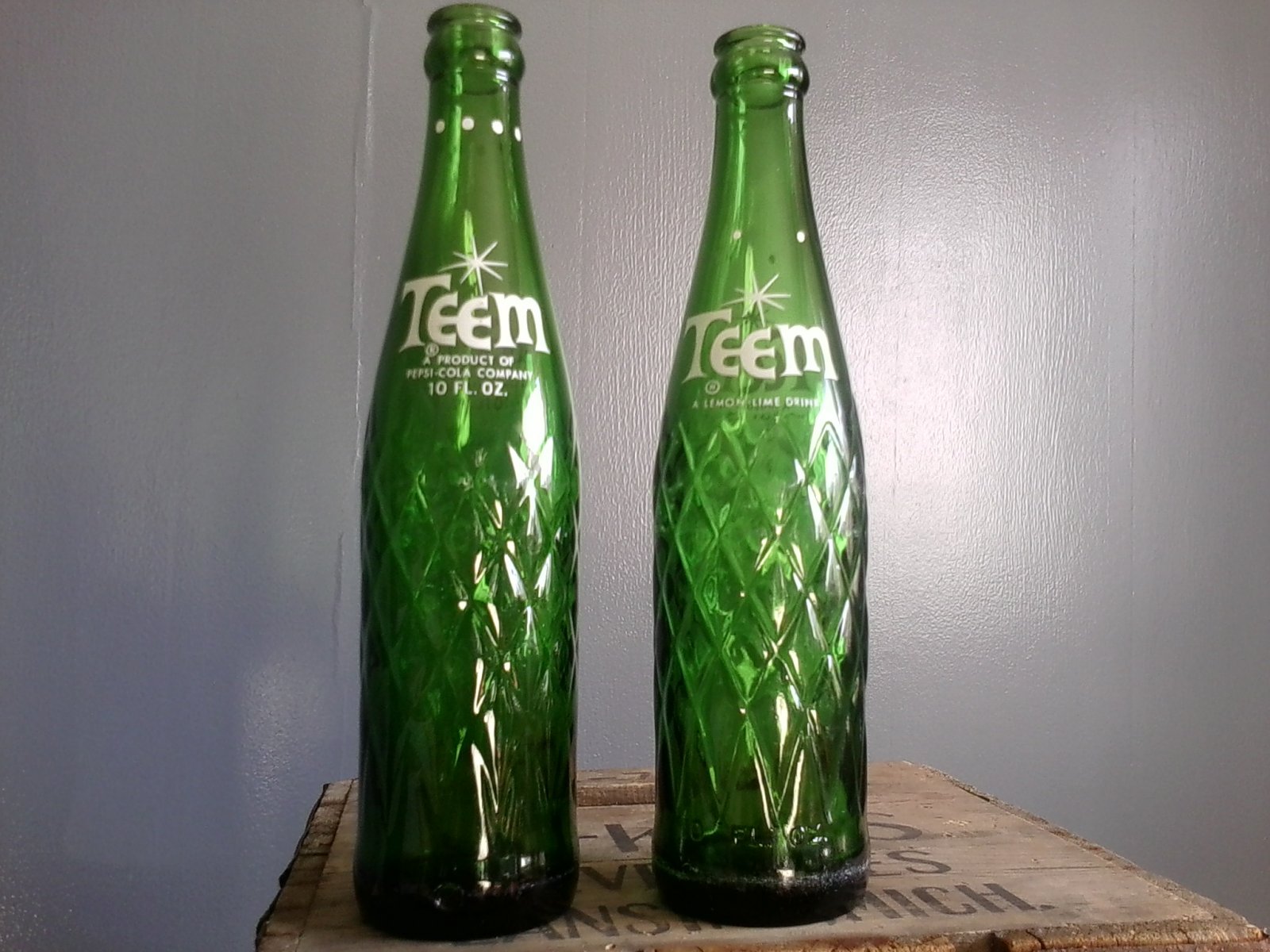 The dots are in different positions on these two bottles. 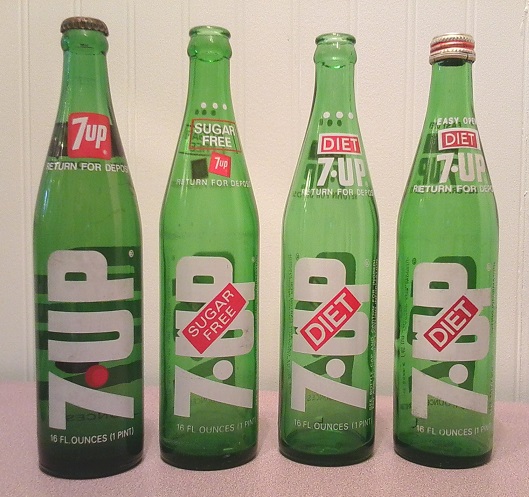 I don't know if you've addressed this point or not, couldn't the dots have been used for all your stated reasons? Possibly dots were used for varying reasons at differing times with different bottlers?

Bad3555 said:
I don't know if you've addressed this point or not, couldn't the dots have been used for all your stated reasons? Possibly dots were used for varying reasons at differing times with different bottlers?
Click to expand...

I agree. It could be for many reasons. Unless we find some person who used to work for the bottlers at that time( we better hurry they are getting very old, lol)we may never know for sure.

Bad3555 said:
I don't know if you've addressed this point or not, couldn't the dots have been used for all your stated reasons? Possibly dots were used for varying reasons at differing times with different bottlers?
Click to expand...