Found 2 more dumps at the end of my street

I decided to go poking around at the end of my street, this time at a different spot. I came across some more modern garbage from the rich houses, but I ended up coming across 2 more dumps. The First was mostly from the 1960s to the 1970s, with some modern stuff mixed in. Right next to it was a dump from the 1930s to the 1940s which had more broken sodas and milks. I not the only one who knows of the spot though, because I was digging next to 3 mostly decomposed deer carcasses, 2 bucks and 1 doe. Both bucks had their horns cut off. I ended up finding an aluminum and a steel Budwiser Can, and screw top Ma's root beer Country Club caps. I didn't bring my shovel so I didn't dig much. 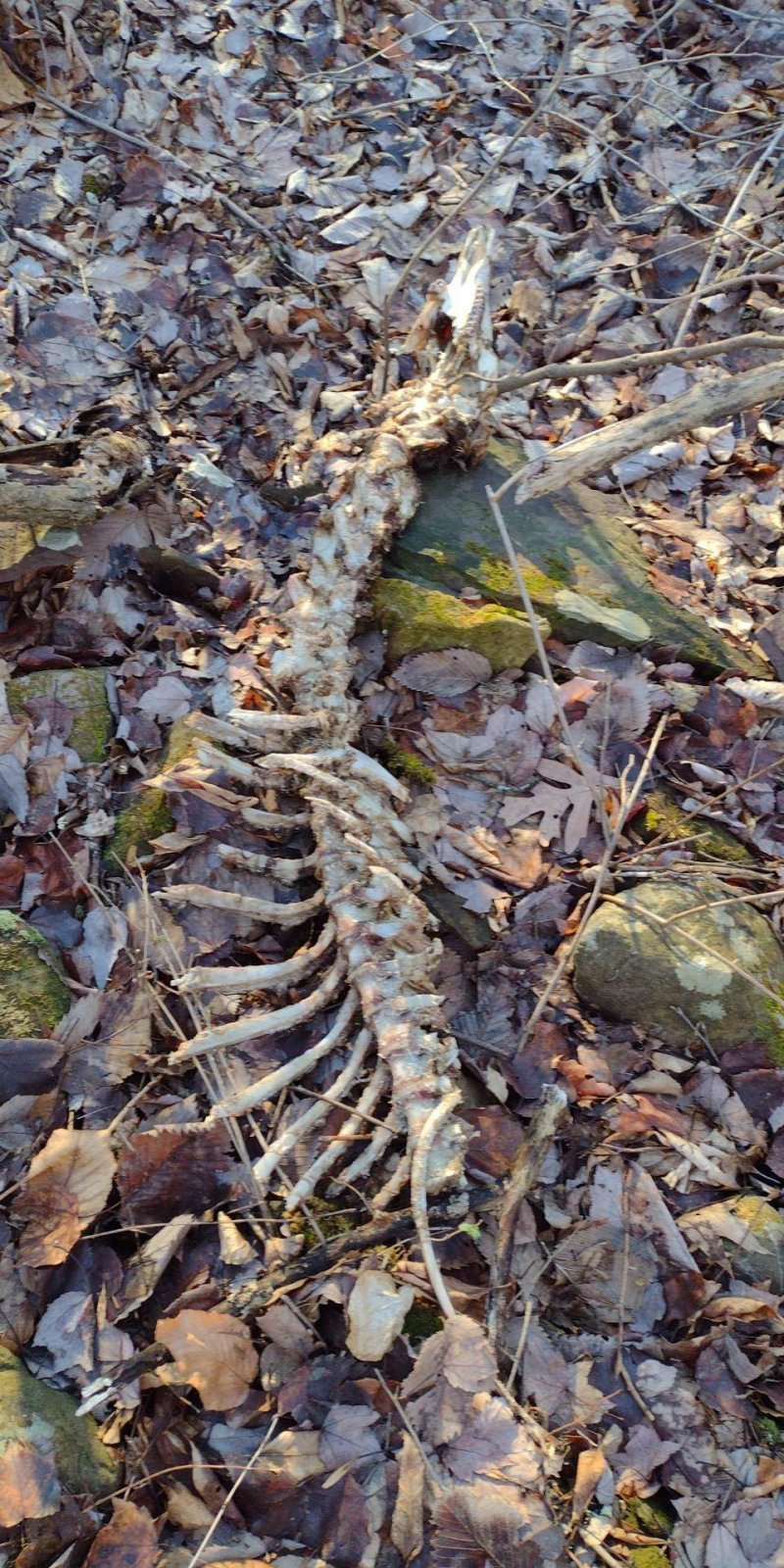 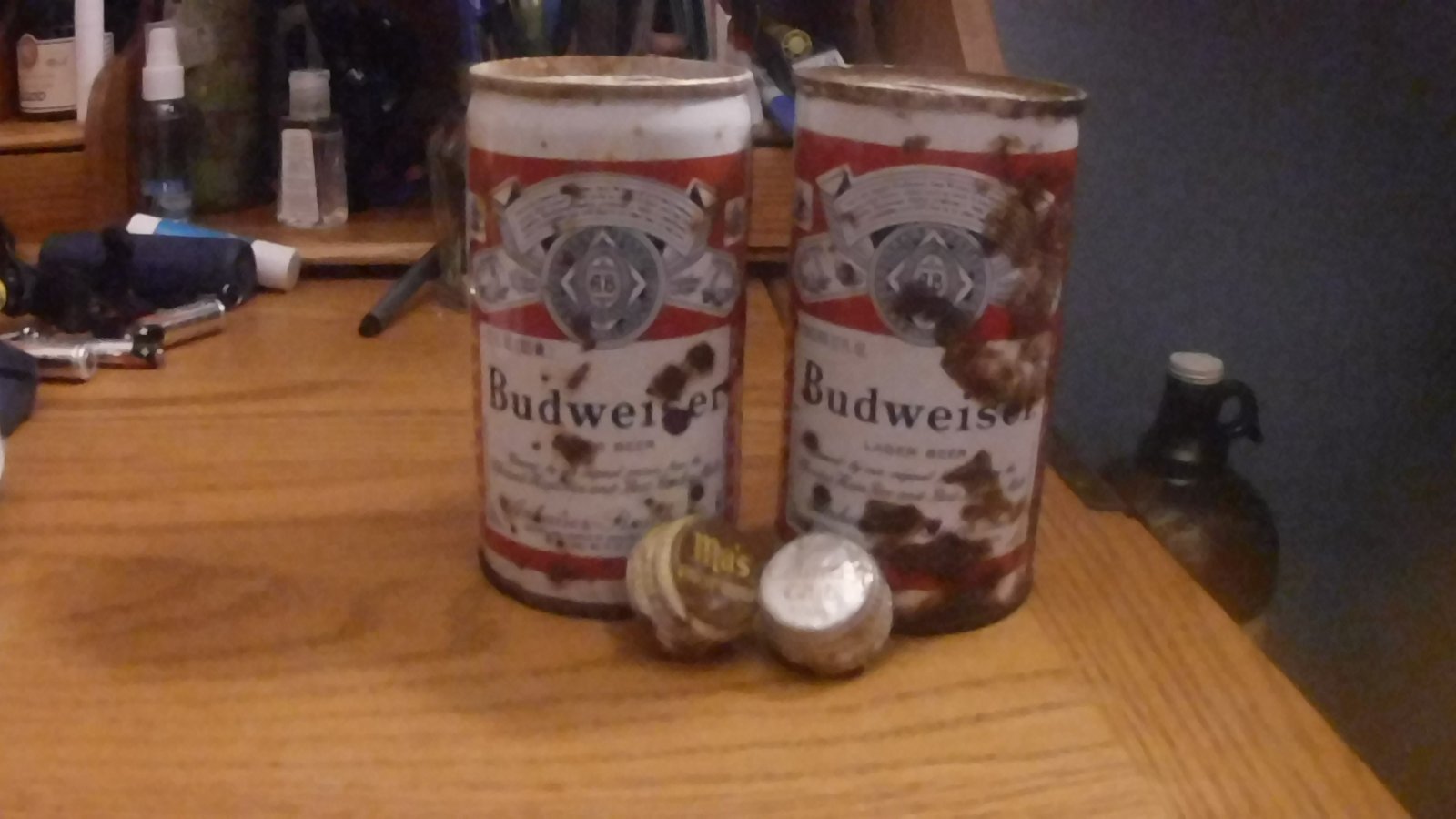 Both those Budweisers look Steel, One straight sided steel & one crimped steel but both with Aluminum Tops dating to around mid 1970's. Slightly older versions will say Tab Top along bottom. And even older ones will be zip tops. A zip top that doesn't say tab top along bottom is a tougher one .LEON. 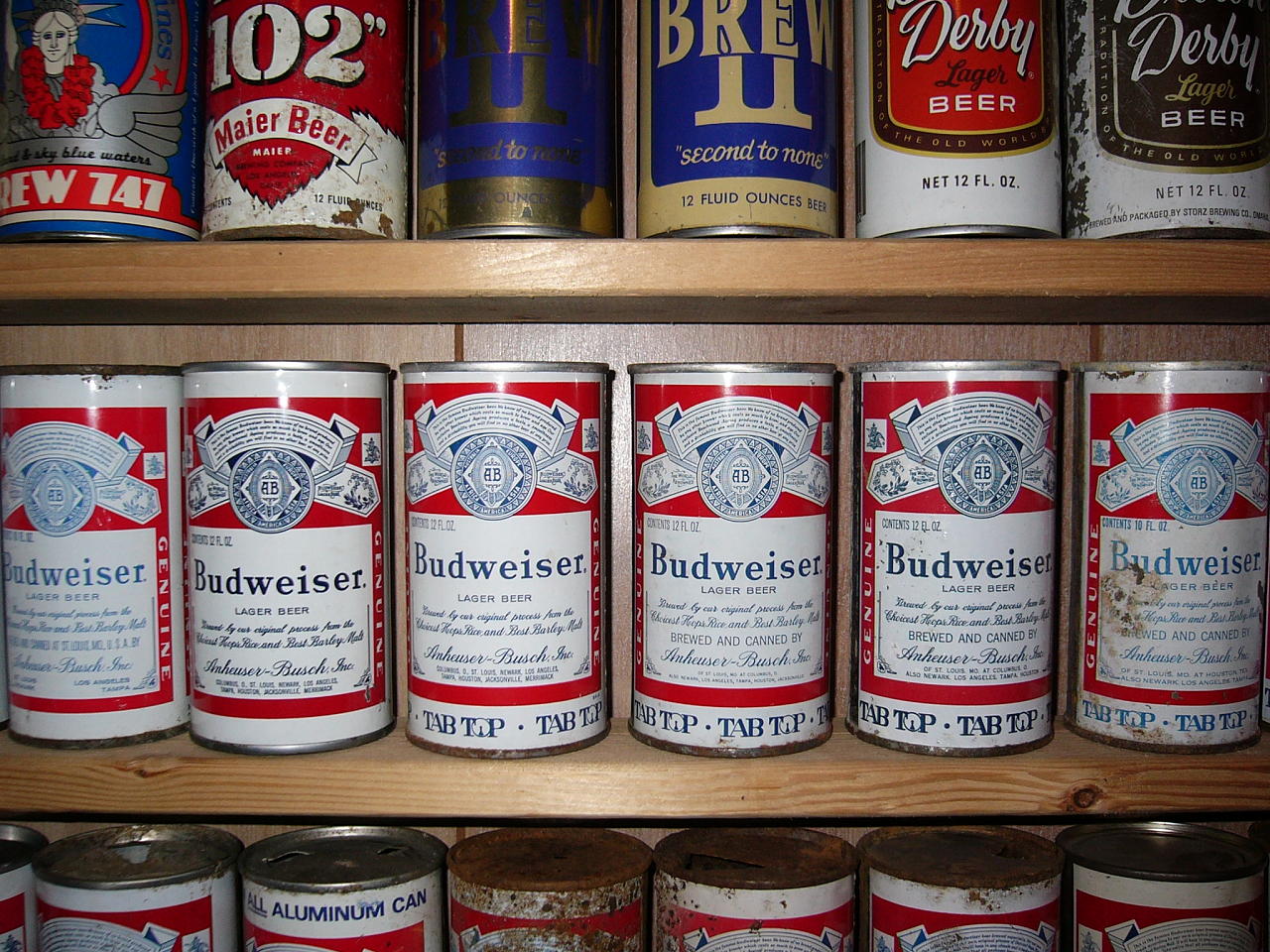 Thanks, Hemihampton. The crimped one has a barcode on it, so would it be newer than the mid 70s?

If I had to guess, Yes, The Crimped one newer then the non crimped one, could be late 70's. Possibly early 80's. No Value unfortunately. Now if you find some 1955 Budweiser Bocks let me know, I'll pay Hundreds $$$ for each of those. LOL LEON. 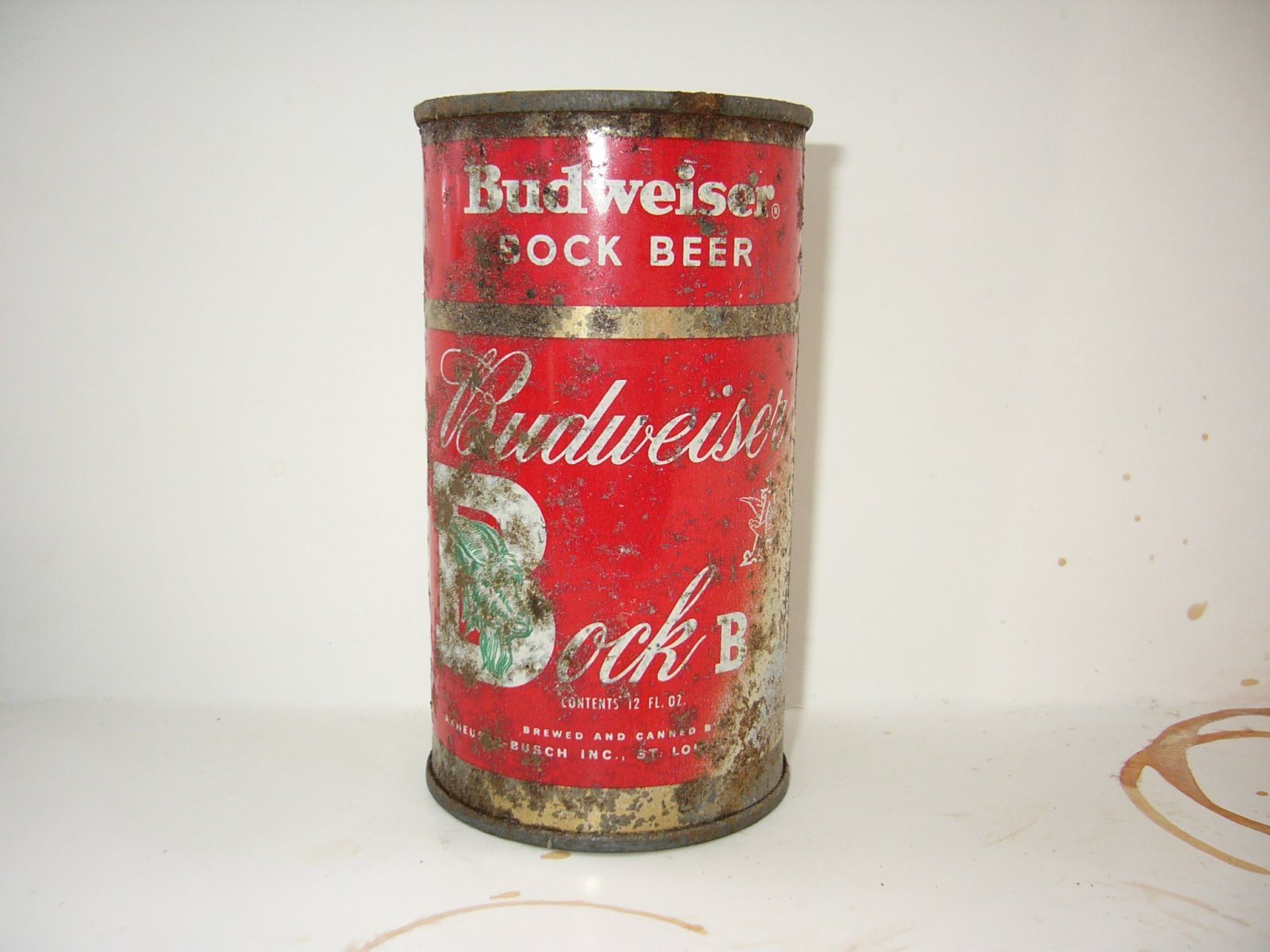 I never knew there was a budweiser bock beer. Bet that product wasn't around too long.

I got the chance to go back to the dump again today. I found a 10 oz Cott with no deposit at the newer one, a 1962 Pepsi, a 1923-1933 Ball Perfect Mason, a 7up and Schaefer screw-cap, and another Budweiser can in decent shape.At the second, older dump, I found a 1949 Springfield Coke, a Clorox, and a knock-off Clorox called Dazzle, as well as a Lustre Creme Shampoo jar. I'm also wondering what all the plastic junk is in the 3rd picture. I saw it at the 1970s dump, but it looks like a more recent throwaway. 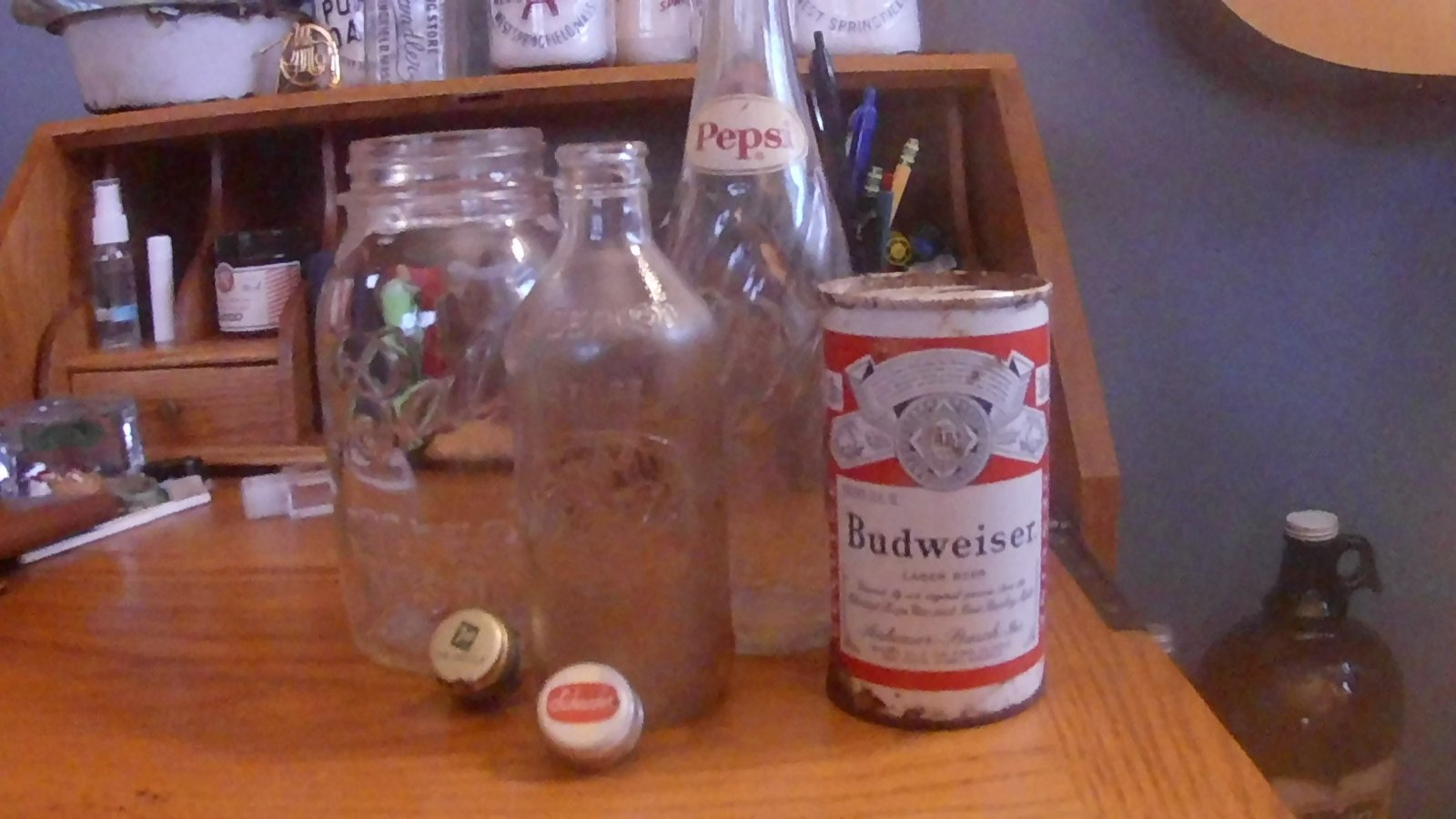 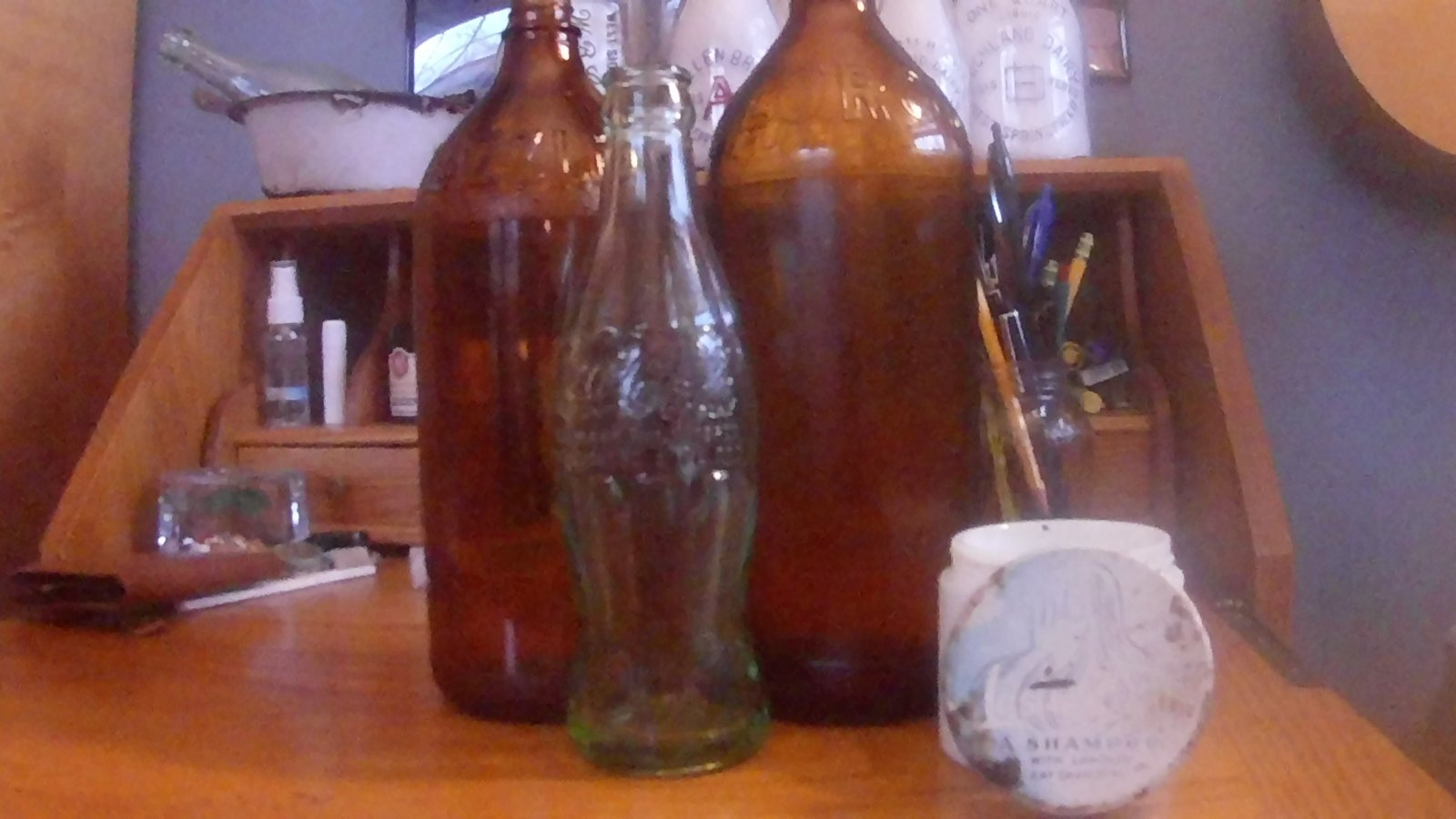 The Plastic stuff almost looks like a AC/Heater unit that fits under the Dash of a Car. LEON.
L

Hi Hunter,
That square window frame like piece has a heating grate-like bottom. Those drums look maybe like military olive drab color or is that rust? (By chance do you live anywhere close to our fav heavy jumbo air base?) If so, be careful! ..Like the bag in the foreground. I carry one too.

Barnes National Guard in Westfield is the closest, but that's still pretty far from me. I found a 1972 New Hampshire non-resident fishing license, which I was able to trace to one of the nearby houses, so I think it's the farm dump of one or more different people. Also, looking at the old aerials of the area, It was on the edge of a crop field and next to a pretty big car graveyard. The only car that I found though was the mini hotrod in the background of the last picture.
You must log in or register to reply here.

Got the shock of my life today digging this.
2

Sunday at 6:54 AM
UnderMiner

Hour dig at another one of my older dumping spots