decided to explore a site I had previously found a couple years ago , wanted to go back last fall when i was finding all those pop cans but never made it back . its kind of an odd site , seems to have a couple different dumps on it from entirely different era's .

today I came across a huge pile of broken bottles I had never seen before , its about the size of a typical living room , didn't appear to be very deep , mostly on the surface .

its a mix of broken soda bottles and broken milk jugs , however very little variety in the mix . pretty much all stuff from the Gravenhurst Ontario area as that's where its located . its all Browns beverages bottles ( clear and green versions ) , also coca cola bottles with dates from late 40's early 50's . the milk jugs were all from Briars Dairy which operated in that area , obviously no hole ones just parts but enough I could identify them as being from that dairy .
almost nothing else , found 1 clear bottle from an unknown bottler , 1 Hires root beer and part of a Canada dry bottle . might of also been the odd liquor bottle or green beer bottle in the area but mostly soda bottles , some larger parts but all damaged or broken

not sure who left it there , can assume it was dumped back when the bottles originally used , maybe from a nearby restaurant or hotel ? not sure who would of had that many broken bottles 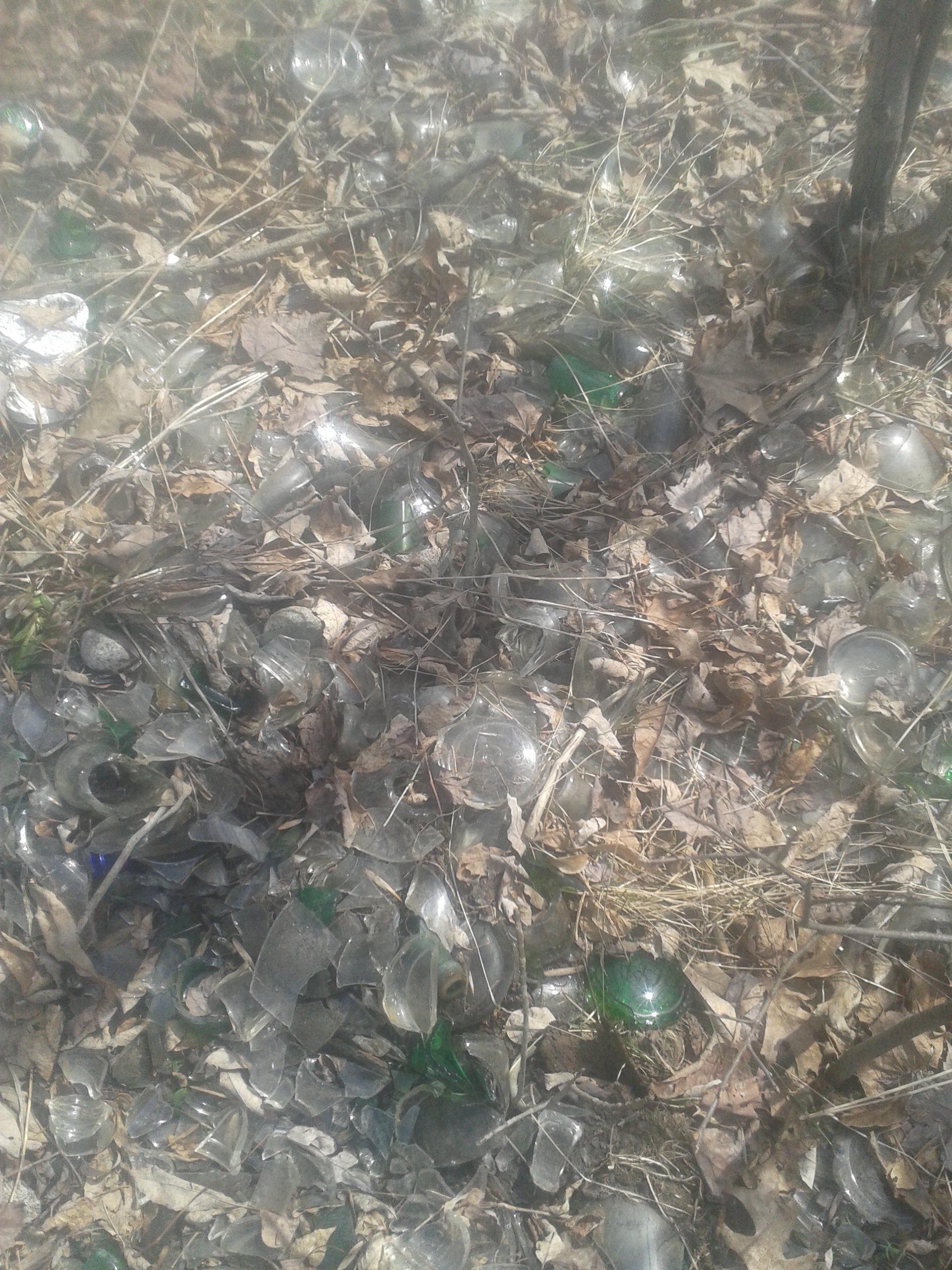 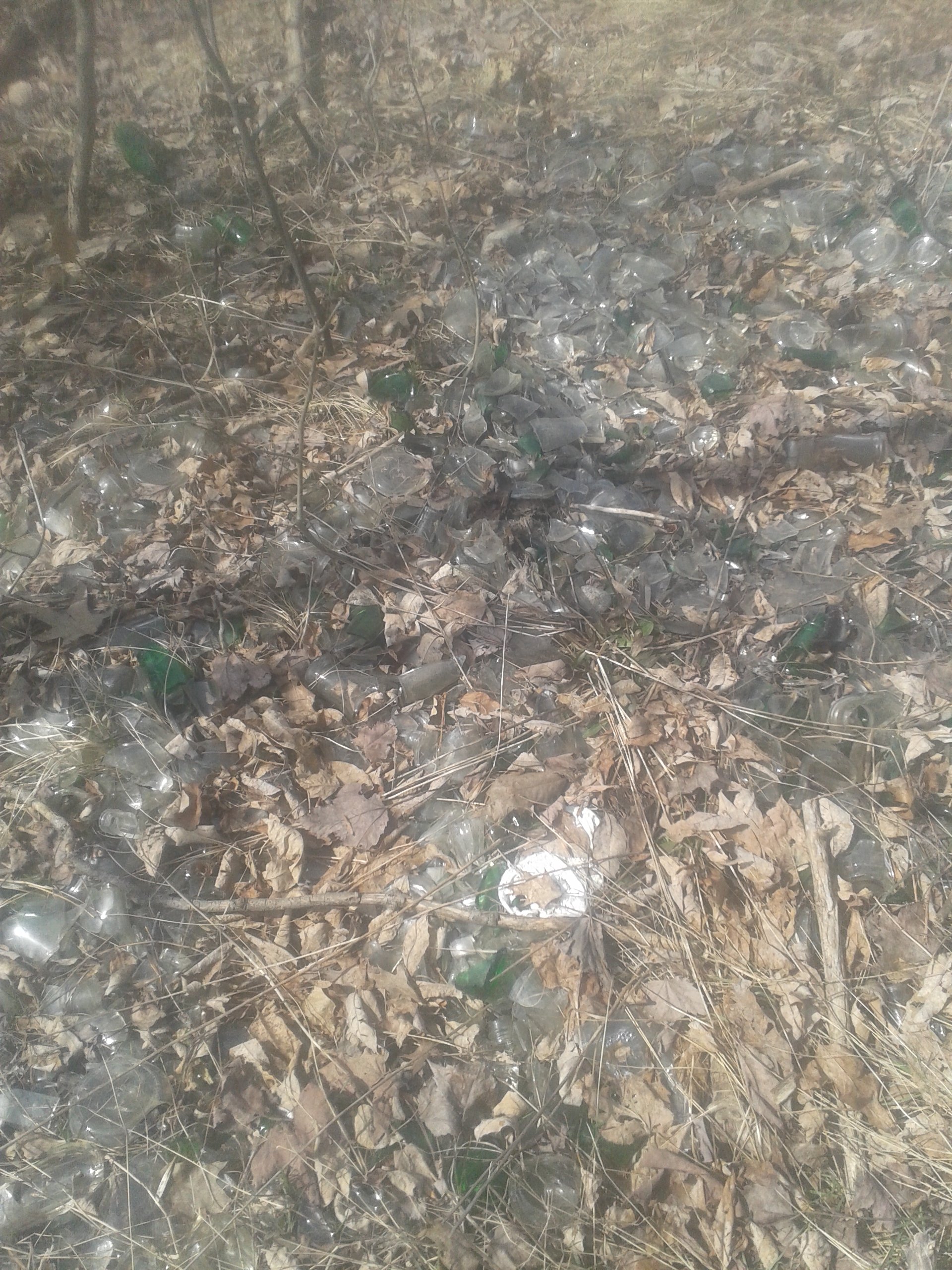 was a couple American coca cola's in the pile , 1 was broken and couldn't find the base to id city , another was in a larger piece but broken into 2 by the time I got it home , took a picture , its from Detroit Michigan , which is a long way away but a lot of US tourists used to pass thru that area 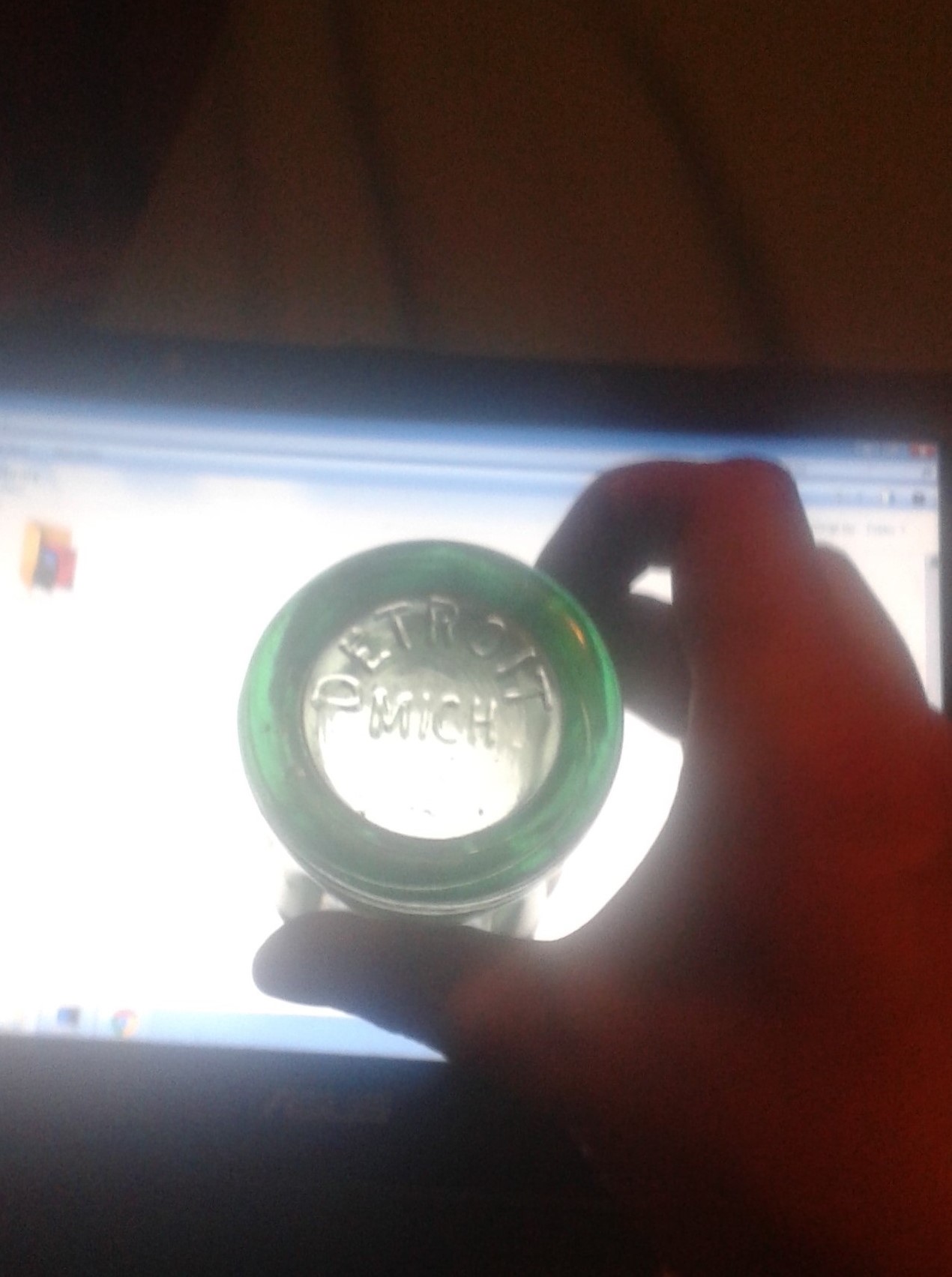 further back in the property is a larger dump , mix of scrap metal and some trash which was dumped there , some sort of unofficial dump site , mostly seemed to be early 80's era , maybe some stuff a bit earlier

the bottle on the left is an " amber " private brands beverages 30 oz bottle , seen green and clear before but never amber .

the can beside it is an odd thin metal 7 up can , condition was too poor to recover but appeared to be an unusual version , said " orange " on the side ? but hard to read it all

attempted to clean some of the cans , most of these ones were in poor condition but still had some colour 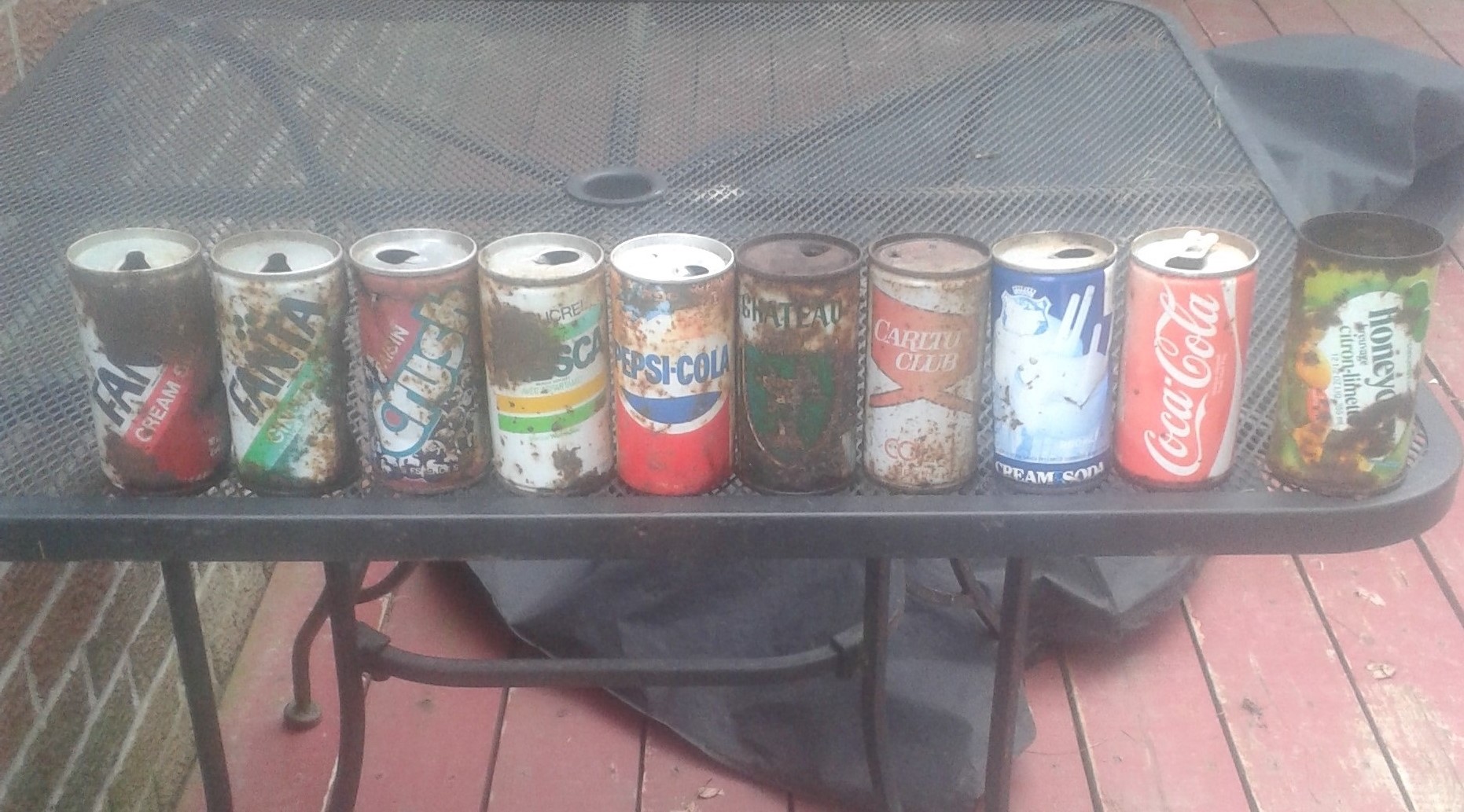 though this juice can was interesting although I don't collect them or know much about it , said it was from Honeydew and from Toronto Ontario .
the 2 sides are different , French and English versions 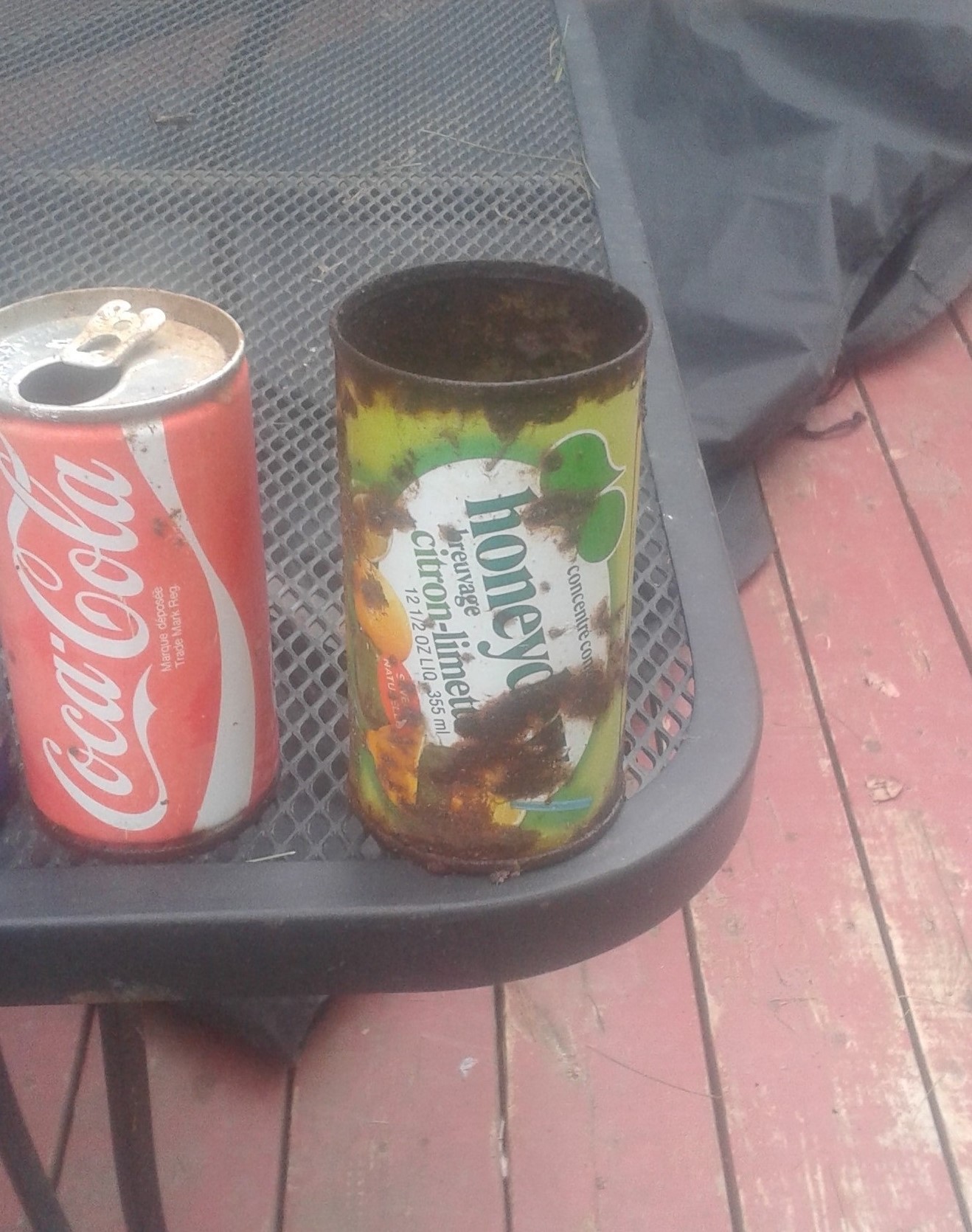 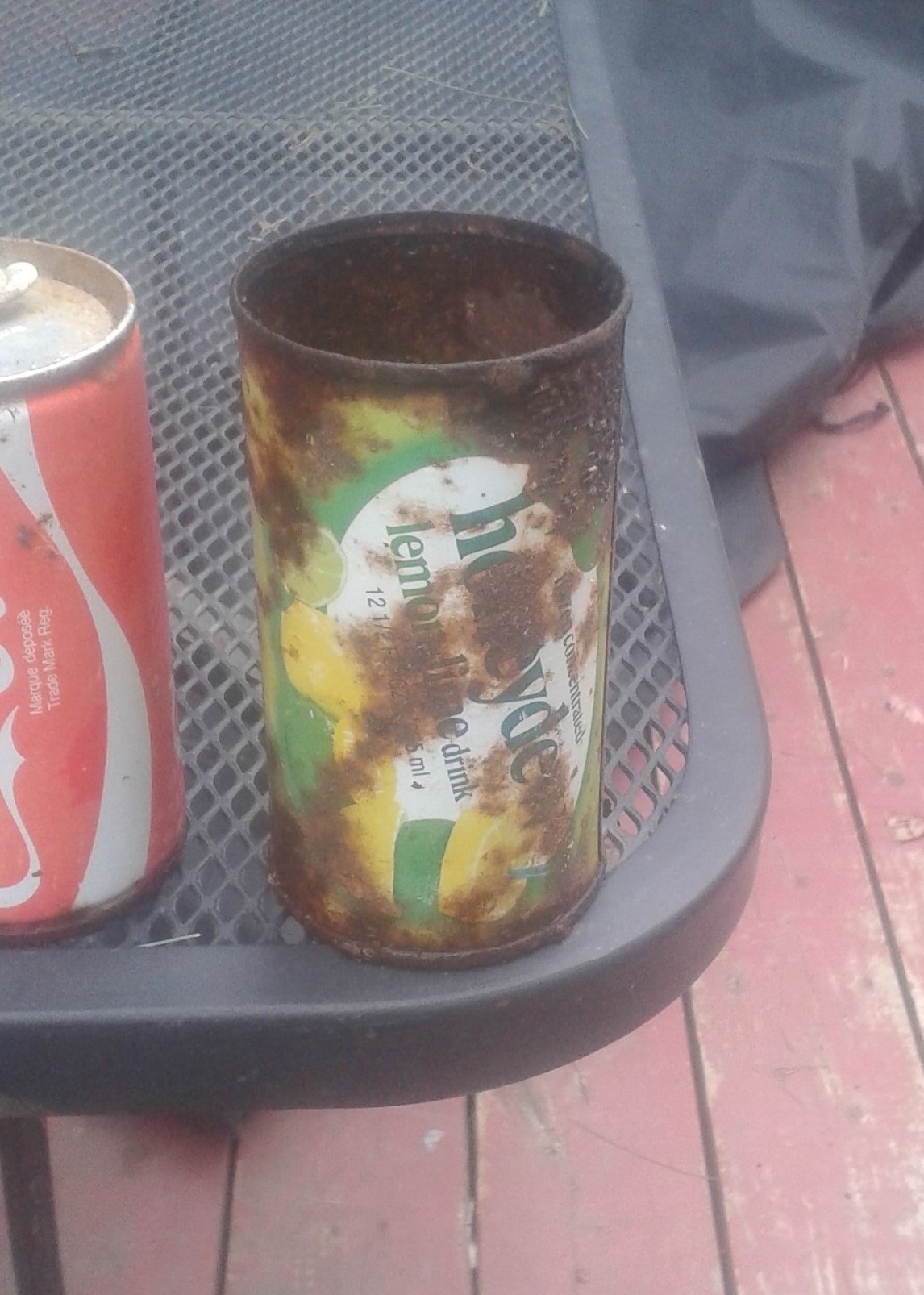 these cans were a bit nicer 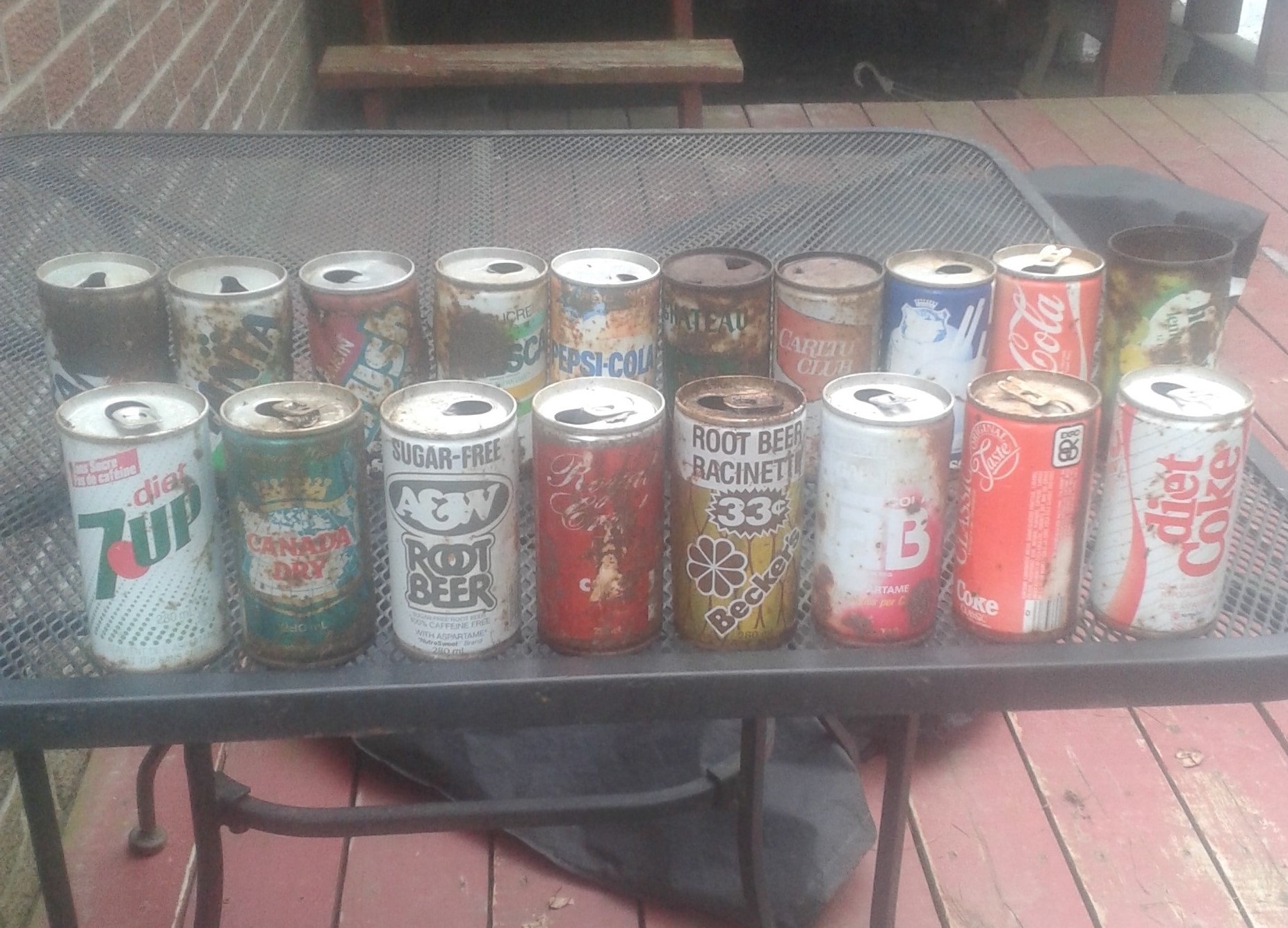 Quite the pile there! Wonder if there are any whole ones further down. Something like that would be hard to even try digging in.
Also what's Chateau Ginger Ale? I don't recognize that brand.

CanadianBottles said:
Quite the pile there! Wonder if there are any whole ones further down. Something like that would be hard to even try digging in.
Also what's Chateau Ginger Ale? I don't recognize that brand.
Click to expand...

it didn't really seem that deep , is some mostly whole bottles , like coke's with only broken necks and such .

was surprised to not even see the odd broken one from out of town or another brand . but in this area Brown's Beverages almost had a monopoly and was also the area coca cola bottler


Chateau dry was some sort of store brand I think , lasted into the 80's , found it a few times before seems to be common

one that seems to be less common is the Royal Crest cola never seen it before , although is some white paint or part of an old plastic bag stuck to the can under the main logo , not sure if I can clean it better