found an area of mostly broken bottles near railway station

on Saturday I poked around a couple different places one of which was a now former railway station . I've been to it many times before over the years but somehow I hadn't found this area before . which is a bit south of it and mostly just rocks/ small trees .

but it appears to contain a lot of broken bottles , also some not broken but mostly clear no deposits , beer bottles and glass jars . but plan to go back sometime this week to see what else is there

poked thru and able to id some of the broken pieces as being soda bottles from 50's > 70's .

2 not broken soda's , a pepsi stubby with faded label and an everfresh - cool down berry drink from early 90's . which I had never seen before 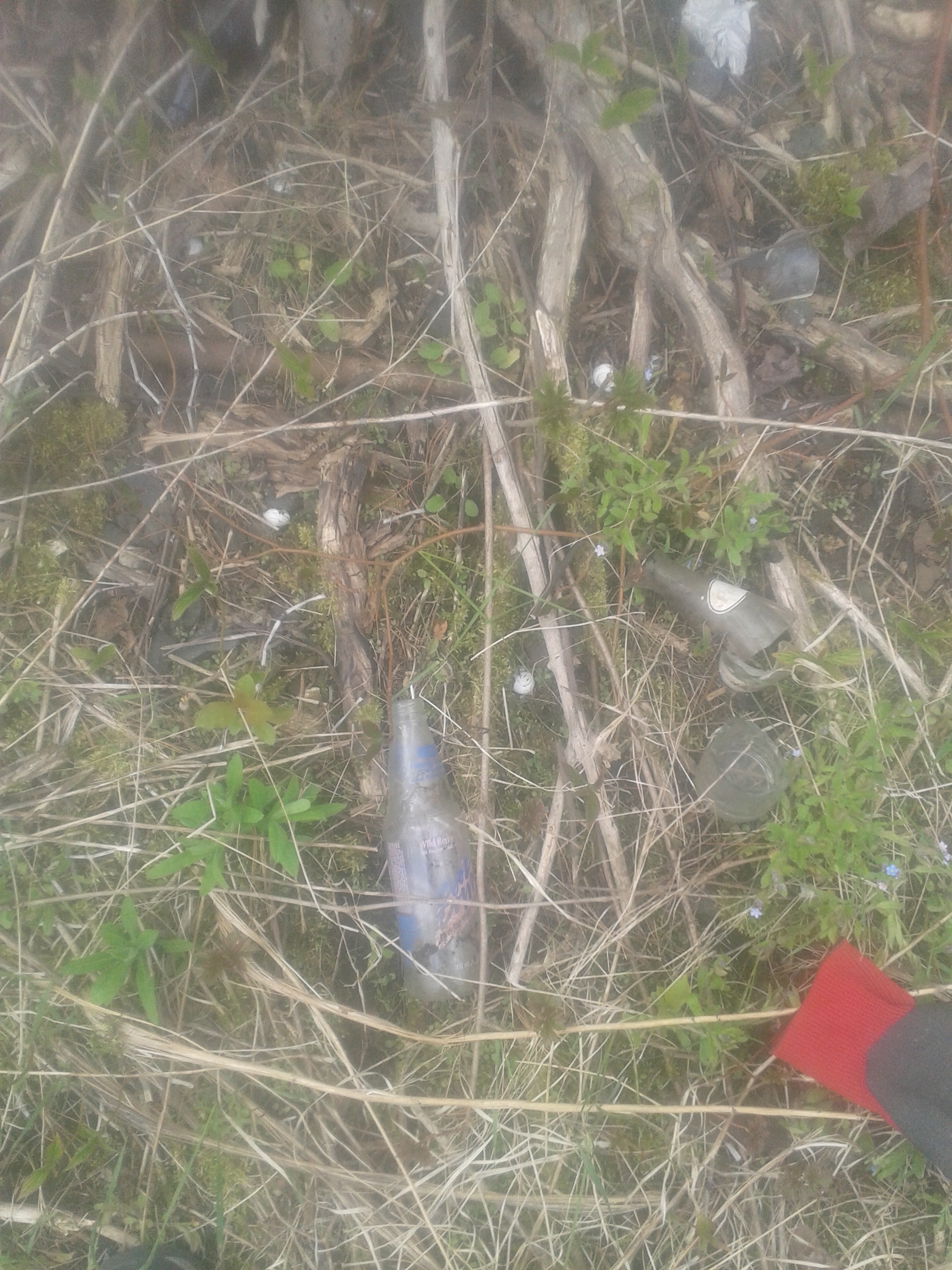 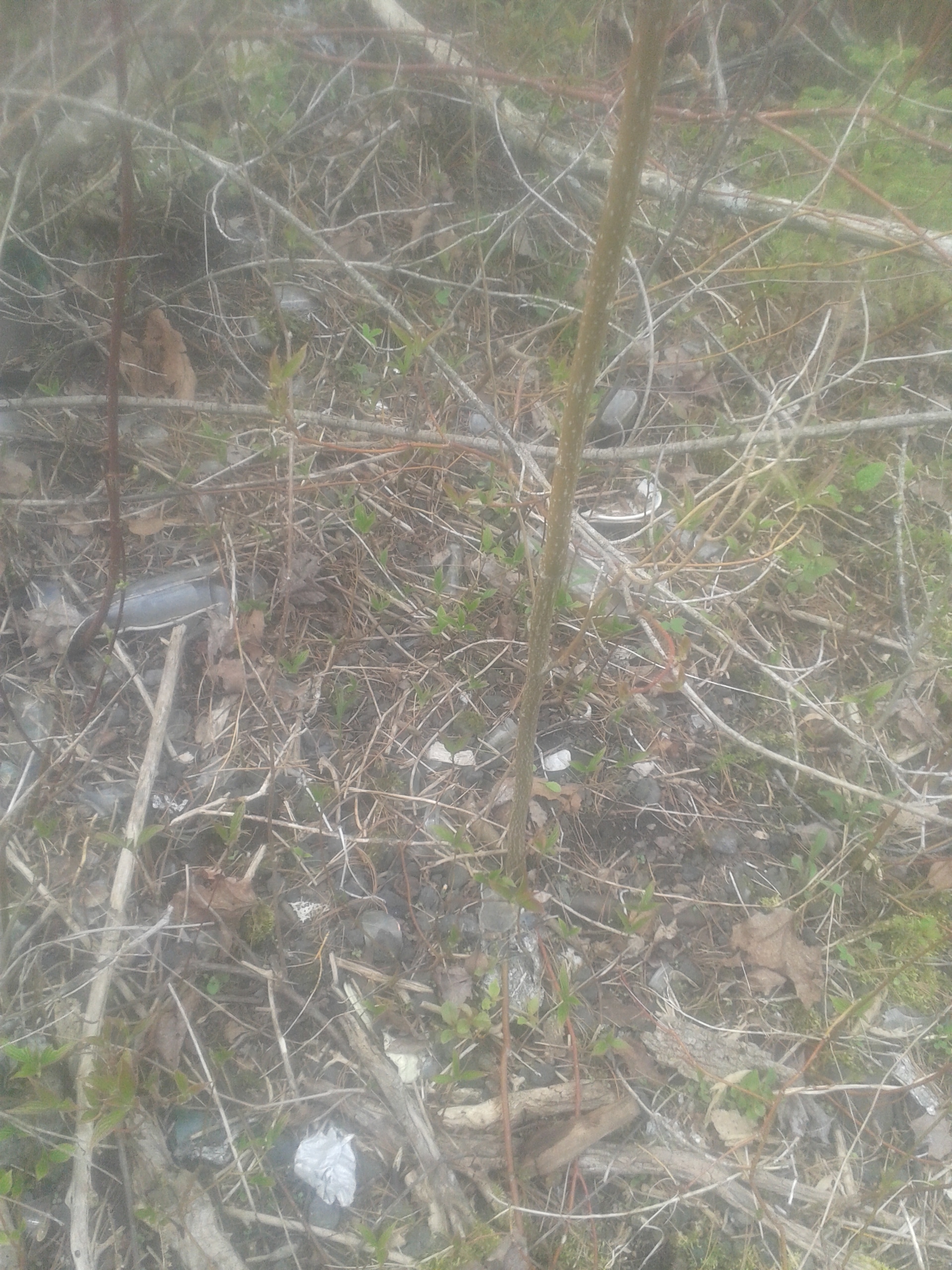 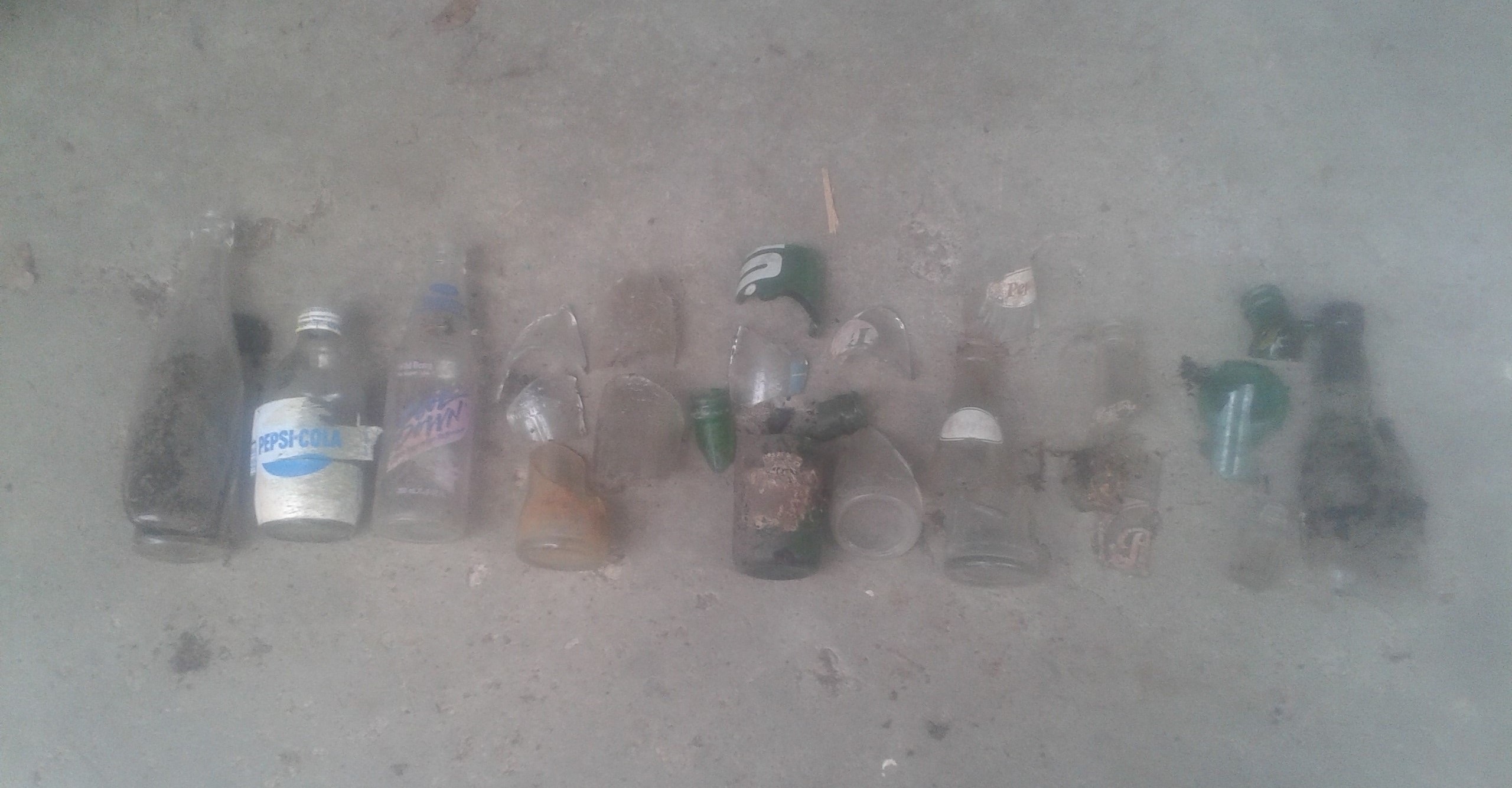 i went back to poke around some more , didn't really find much .

there is some non-broken bottles there but all I was finding were clear no deposits , some jars and beer bottles and even a lot of those were broken .

found more broken soda bottles , mostly coca cola and pepsi from the 60's , a 7 up no deposit and a green 7 oz bottle with no name on it

poked around here some more on the weekend , lots of glass similar to what I had already found .

there is another part which appears to be from a JD Brown quart bottle , it looks like the mechanism/machine image which is on there older bottles 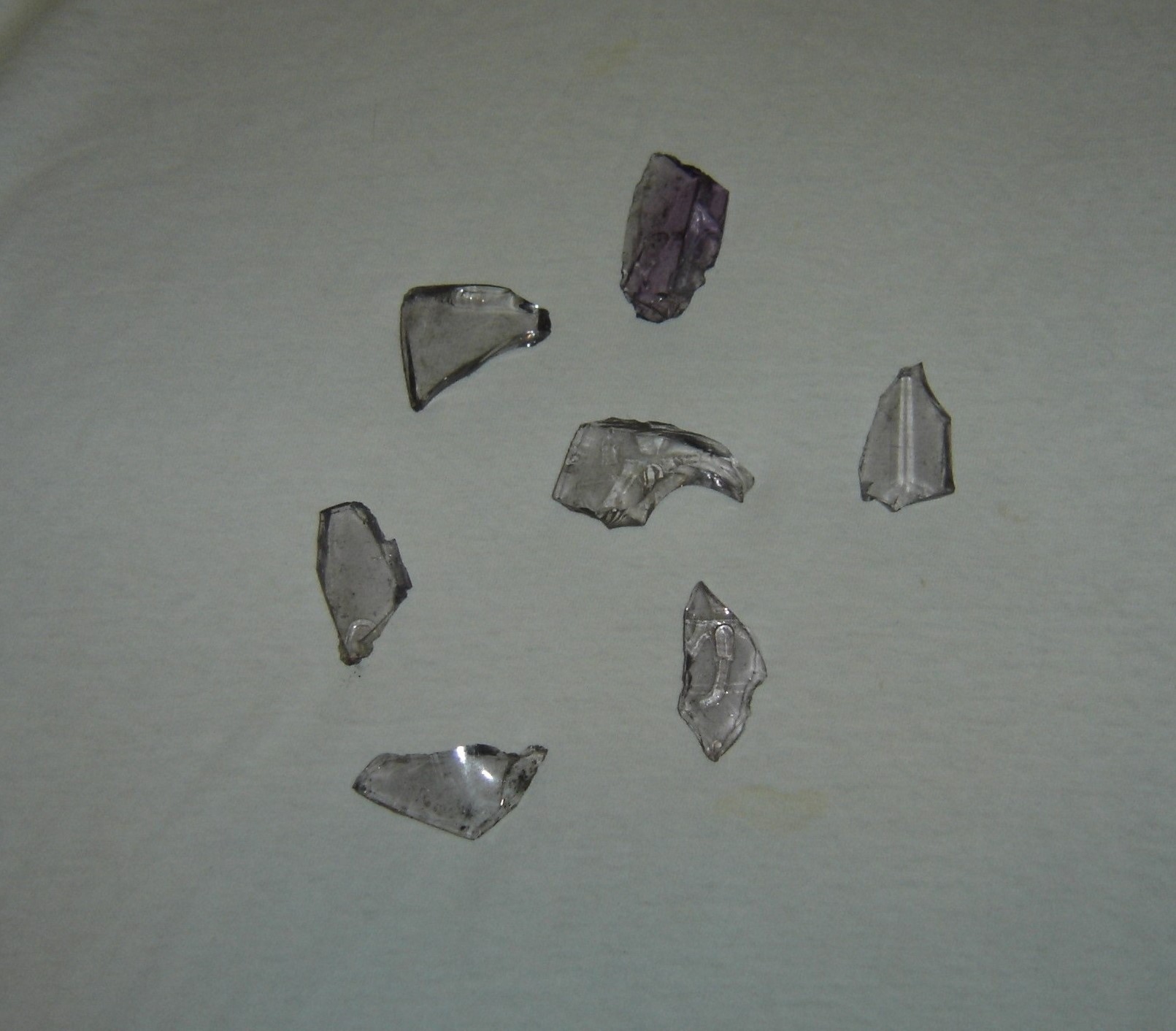 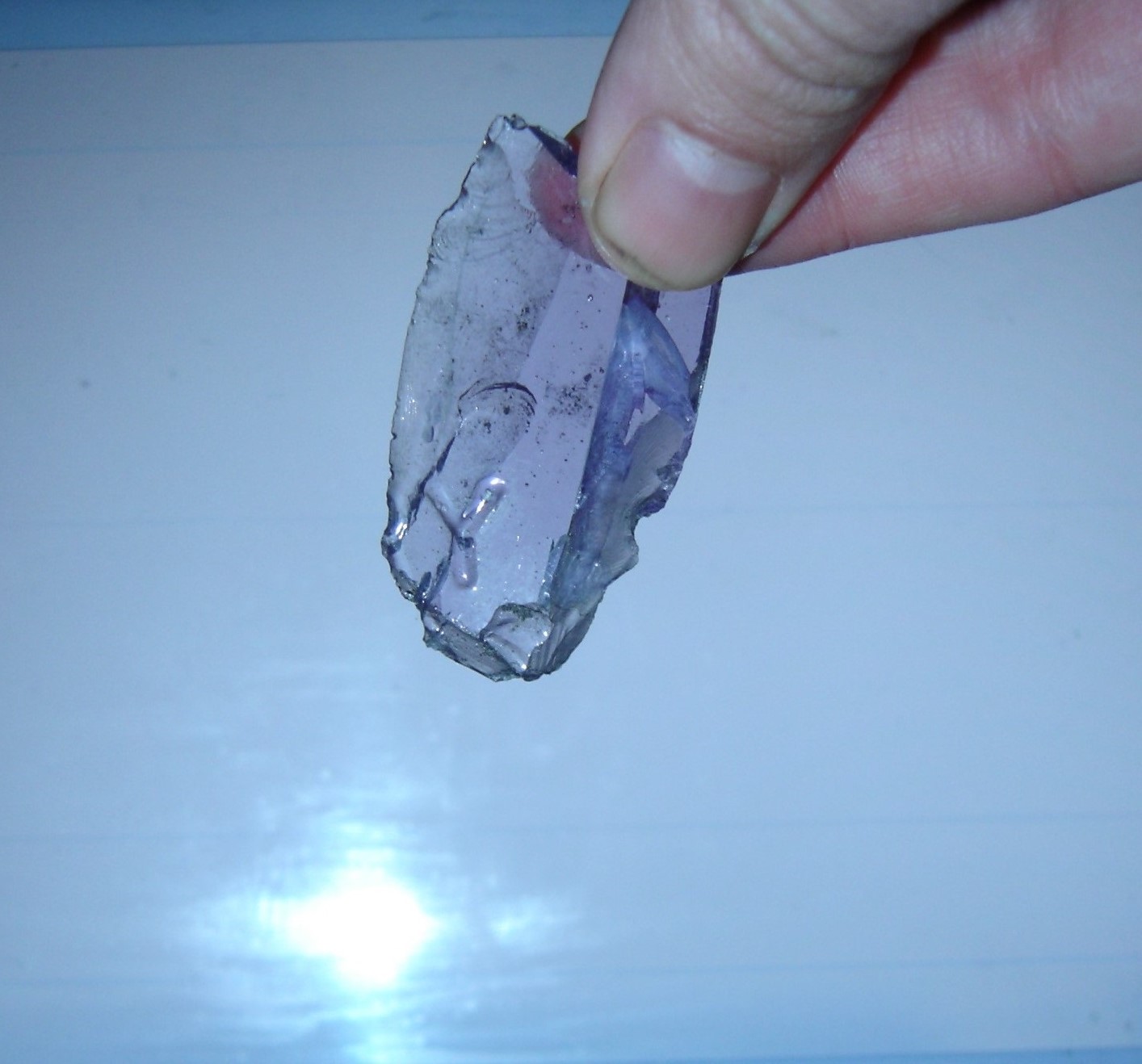 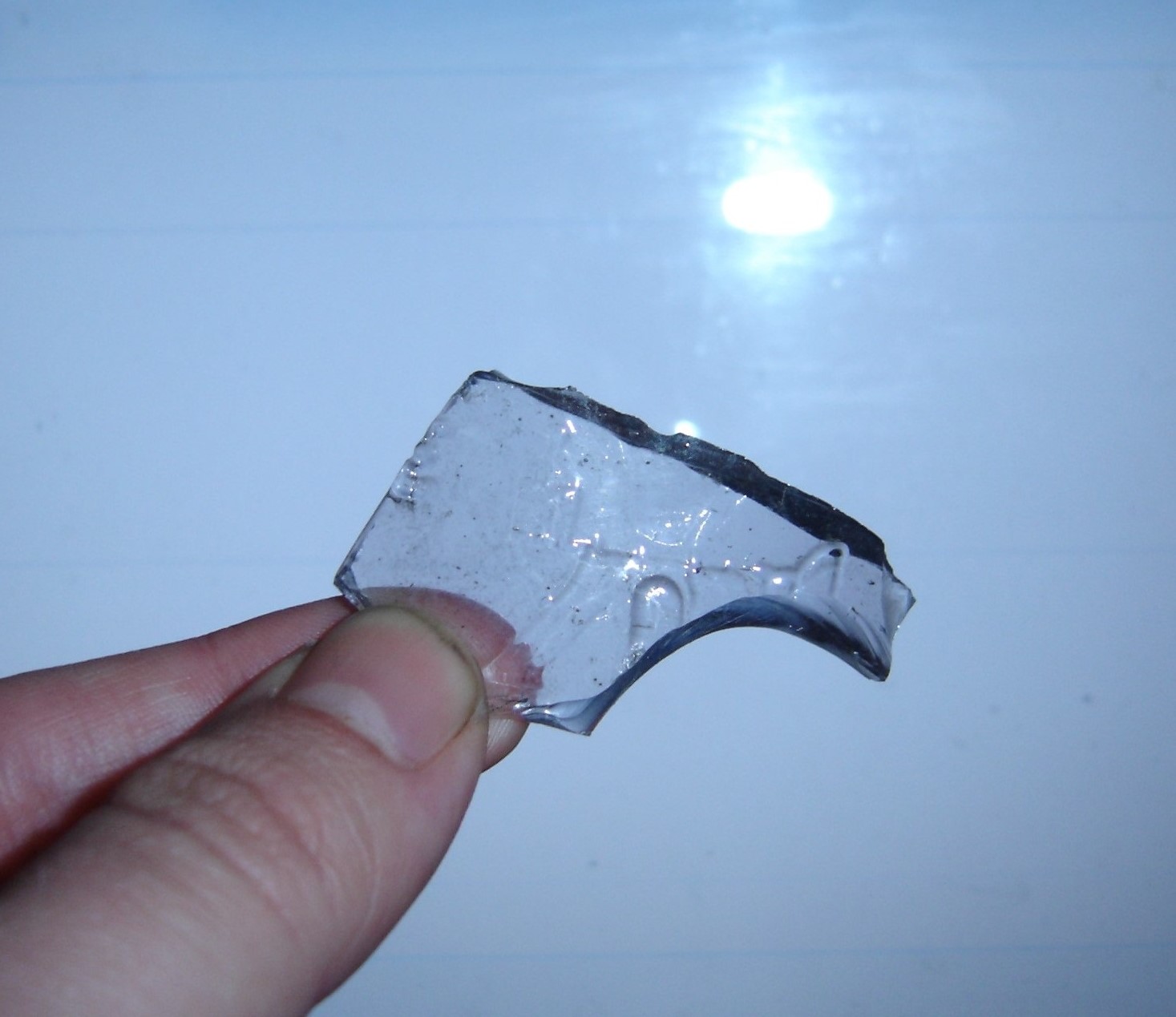