Reminds me of this book I read (Clockers)
D

Question: If all Yoo Hoo's are Sterilized. where do baby Yoo Hoo's come from?
W

Oh boy, Dragon had to bring up 'Yoo-Hoo'!

I loved Yoo-Hoo as a kid so that's one of the areas I concentrated in when I first started collecting. It took several years but I finally amassed one of the most complete Yoo-Hoo collection ever assembled. Yoo-Hoo recognized this and for years, they had me and my collection displayed on their website's intro page. I even wrote a complete history on the drink for Blair back a few years ago. I'll share a few pictures of my extensive Yoo-Hoo collection.

Most people didn't know Yoo-Hoo started out as a line of fruity drinks in the early 1920s. Here's a couple with original contents and paper labels.

Here's one of the first embossed Yoo-Hoos from the late 1920s. It's embossed "The Fruity Beverages".

Another embossed one with contents, but paper labels are gone:

In the late 1920s, chocolate was added to the flavor line-up. It became an instant hit because it was the first chocolate drink on market that didn't require refrigeration! The original fruity flavors were dropped and chocolate became the sole drink of Yoo-Hoo!

Here's one of the first cans from the late 1930searly 1940s. Only one I've ever seen in my 25 years of collecting. This one is extremely rare.

A year or two later, they went to this unique, tall, skinny can. Another one that rarely seen. Early-mid 1940s.

In the late 1940s, while the inventor of Yoo-Hoo was out golfing at the local country club, he often ran into Yogi Berra. After a few weeks of golfing, Yogi was sold on Yoo-Hoo and was interested in investing. Not only he invested, he helped promote it. For the next 15-20 years, he and the Yankees would promote this drink. For this reason, I often butted heads with baseball collectors because they eat up this early Yankee memorabilia. It was tough outbidding on some of these pieces!

Check out the cans below. The middle can is the toughest one to find with the Yankees facsimile autographs on it. Later, they went with the can next to it with pictures of various Yankees on it.

Here's the first 'bottle cap' can. Apparently another rare one. A have several baseball guys that call me on a routine basis, asking when this one will be for sale.

Let's get to the cream of the crop.. a few hard to find paper labels from the 1960s.. and the probably the most sought after, hard to find Yoo-Hoo bottle ever!.. on the end is the elusive amber, sugar-free, ACL, throwaway!

An old shipping box.. notice "A new flavor creation".. talking about the addition of the new chocolate flavor..

this is probably enough.. you get the picture..here's a few crates

how about a waxed cardboard crate?.. these are always hard to find..

I even have the original cardboard shipping box.

oh, almost forgot about the 6 packs..

I gotta show you a few signs.. an early one

and a couple of the first strawberries from the early '70s. I could post all day on Yoo-Hoo but you get an idea of what's out there. I hope I didn't bore you all!

Heart of the Coal Regions 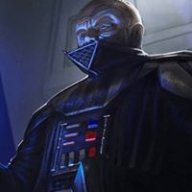 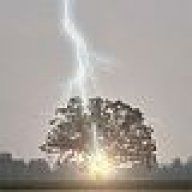 I live in Garfield N.J. and Find alot of yoohoo bottles and pieces.

I having difficulty dating these 2. I’m looking for ww2 era bottles. 1944?