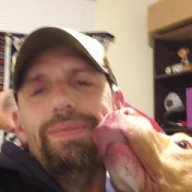 My roommate and I found this bottle 4 years ago while doing a demo on the inside of what used to be the Color One photo lab on 2nd Ave extention here in Seattle.
We had heard rumors saying that Wyatt Earp once owned this building. When I asked the owner of the building at that time if he had heard the rumors, he told us that building records will prove that Wyatt Earp operated out of this building, but nothing about him owning it.
This is exactly how we found it. It was in the walls, behind a ton of drywall.