Be careful, before you know it you'll be attending my B.A. meetings
(Bottles Anonymous)
Giddy Up!!

Thanks there are plenty there. I found what looks like a layer of hutches but they are very packed in a hard clay. Its slow going to get them dislodged I still had 7 in the hole when I left the other day. Monday I'll be back at it.

So I'm just curious - Don't give away any info (on location or identity of company) that you don't feel comfortable with in a public forum, but I can't help wondering if that is near an old glass bottle manufacturing plant OR a dump used by a beverage bottling company (place where soda bottles were filled and refilled, but not made)??
It just seems a bit odd to me for that many bottles being thrown away if that was a glass bottle manufacturing plant. Normally, old bottles (broken or damaged) would be thrown into the cullet pile, and the cullet would eventually be added to the glass batch - to be melted down into new bottles. Cullet=Money. Just seems strange to me IF that was a bottle-making factory.

DavidW said:
So I'm just curious - Don't give away any info (on location or identity of company) that you don't feel comfortable with in a public forum, but I can't help wondering if that is near an old glass bottle manufacturing plant OR a dump used by a beverage bottling company (place where soda bottles were filled and refilled, but not made)??
It just seems a bit odd to me for that many bottles being thrown away if that was a glass bottle manufacturing plant. Normally, old bottles (broken or damaged) would be thrown into the cullet pile, and the cullet would eventually be added to the glass batch - to be melted down into new bottles. Cullet=Money. Just seems strange to me IF that was a bottle-making factory.
Click to expand...

I'm not sure David. Its odd to me too. I have found a lot of what looks like slag and melted aqua glass and coal. Also I'm finding a lot of hutches that are blank and crown tops that are blank. as far as labels They only have a circle where the label would go. I have found 42 different labels that I have recorded and there is more. Most of the crown tops are broken with the tops totally gone or the crown significantly chipped; There are way more broken crowns and way more whole hutches. I can't find a record of any bottling plant or glass plant in this area of WV I will tell you this there are thousand of bottles around here all soda.
It makes more sense that they did some kind of manufacturing there. Lots of chunks of Iron and riveted Iron and machinery parts. If they filled the bottles there it would seem there would be only one label I would find. I can imagine after I have gone through this place I will have recorded 100's of different labels. IDK though Its sure been a rush uncovering all these hutches

May be more whole Hutch's then Crowns because Hutch's have much more thicker Glass & much harder to break because of that. Just my opinion. LEON.
F

This sounds like the recent dig at Lyndeborough NH. They dug hundreds of broken insulators.. 145 Americans ALL broken, 102.4 mostly broken. There's a list of each insulator, how many were dug, and how many were whole. The wholes we're astonishingly low. This was otherwise a bottle plant from my understanding. Insulators were dug on site. I'm not sure if cullet was found with them. The write up would be in CJOW.

Here's some information/photos someone just posted over on icon and maybe search the term on that website for additional information.

Hutches are hands down one of my favorite bottle shapes! This is incredible!! Congratulations! In all my SCUBA adventures I've found less hutch bottles than "Stoddard/Keene/Coventry" caliber's. 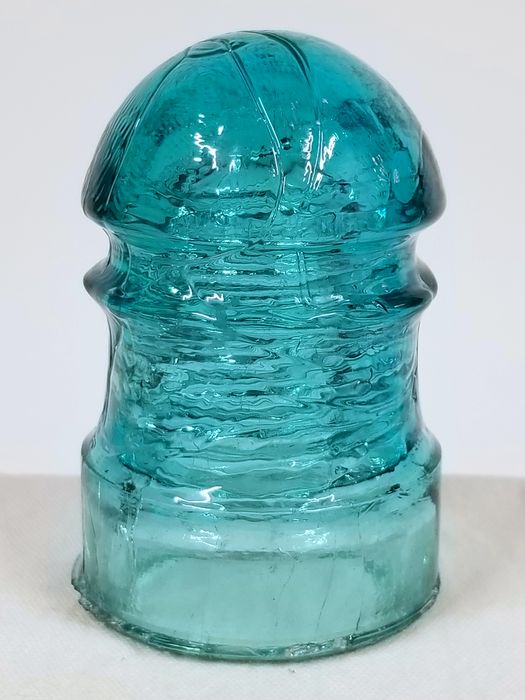 Mailman1960 said:
Be careful, before you know it you'll be attending my B.A. meetings
(Bottles Anonymous)
Giddy Up!!
Click to expand...

With luck, the discarded whole bottles will be from companies that went out of business quickly. Or maybe there’s errors on the bottles that made them unusable.
D

eddeeeddee said:
Hello all you wonderful bottle people. Well it day 3 of digging this old Bottle Manufacturing plant. So far I have found 22 Hutch bottles that are whole. I have found 7 crown tops that are whole and 8 billion crown tops with broken tops. I'm amazed that I'm finding so many whole hutch bottles so I'm thinking that they tossed all those bottles because they where no longer in use. Lots of labels Digging as slowed down because I'm up against some very large pieces of iron. So I'm thinking a new approach and start digging to the left on the other side of the old stump. The soil is very compact It takes almost an hour to remove one bottle. Okay now that I have all these bottles I have QUESTIONS AND MORE QUESTIONS.


I have checked out the Hutchbook at Hutchbook .com and I'm kind of getting the hang at navigating it (Thanks Leon), Under the little square that indicates Rarity, some of those boxes are blank and I can not find an explanation for the blank block. So R=rare S= scarce and C=common. Does anyone know what the blank box means????????? I found two that have a blank box under rating. One is WELLER BOTTLING WORKS SARATOGA SPRINGS N.Y. The Hutchbook # NY1193 and the other is a long label CHICAGO CONSOLIDATED BOTTLING CO It has a long label and gives the address and has a date of 1902 embossed on it. The Hutchbook # IL0187. Its a very cool bottle. so I have dug 7 rare, 4 scarce and 3 common ones so far listed in the Hutchbook.


So another Question I have is how do you clean them if they still have that weird stopper in them and are they worth more if the stopper is in them???? and speaking of worth. Are they worth any thing?? I know that a bottle is only worth what you can get for it. But is there a market for rare and scarce hutches???? I have been checking out some of the bottle auctions and e bay and some of the other sites that sell bottles and it looks like on average a hutch goes for about 25.00 to 37.00 dollars but some I watched an action by crick digger that had a couple of hutches that were rated as rare or scarce go for 60.00 to 75.00. Is there a market for hutches?????


Another question is about the slick rick's I have found. Has any one ever seen a Hutch with a paper label?? I have also found a lot of slick rick crown tops all have an oval where embossing usually goes. All of the slick rick hutches have on the bottom THE LEQUID. Some in a diamond others do not. Any one know what that means??????


Okay here a few pics from the latest dig. I did not bring the camera, I forgot it so these are after the fact. Thanks for all your knowledge people.

Did you find any insulators?

Mailman1960 said:
Yeah, is his gas pedal the shape of a foot like mine. Kidding. As a youngster my current brother-in-law had one and that's what I remember about it.
Ain't that America!!!!!
Click to expand...

Wild. As a kid, my bro-in-law to be had a bright yellow 67 Chevelle with the same thing! He was a great guy. Unfortunately, my sis didn't have the good sense to hang onto him. Actually, he's the one that piqued my interest in bottles that has become a 48 year addiction, and counting.
You must log in or register to reply here.