Help with value or ID on some marbles

I joinded two groups on FB hoping for good info, I haven't been to get a post to go through there, so I'll try here. I came across these at an antique store and I'm wondering if anyone sees any that might make it worth buying. I really would like to know more about the marble with "eyes" in the one jar, any help would be great. First four pictures are of the first jar, I'll post a second and third post for the other two jars. 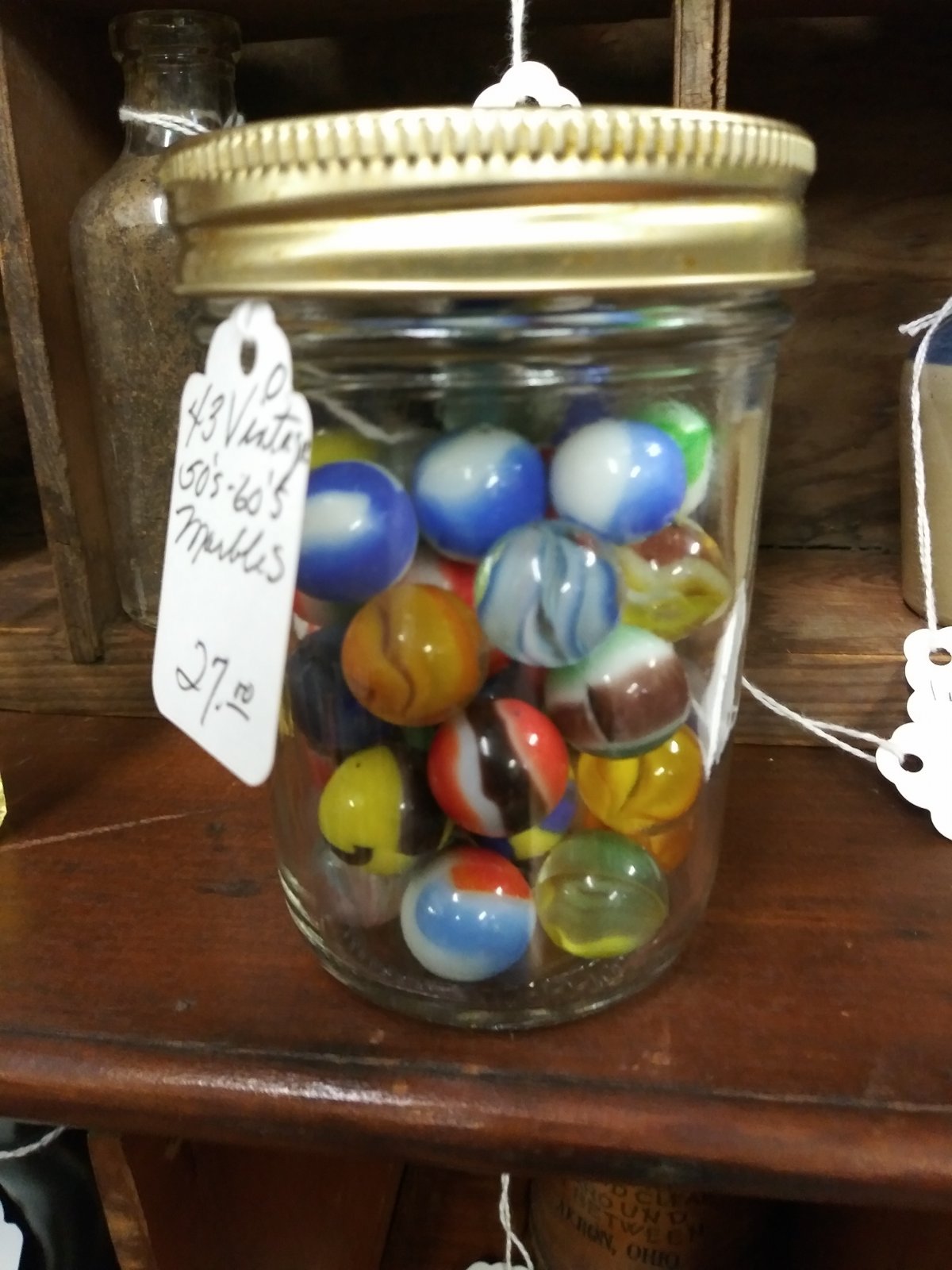 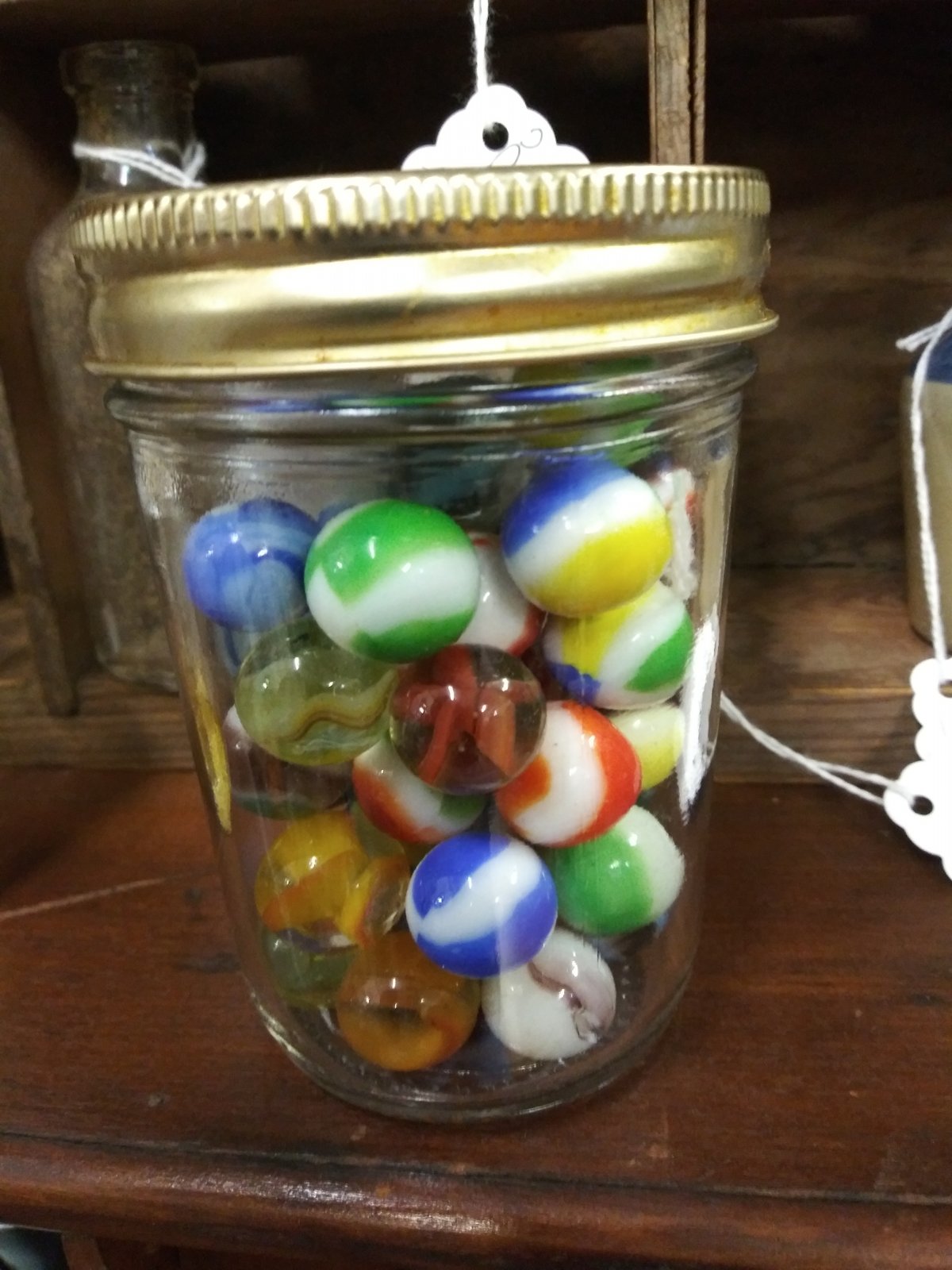 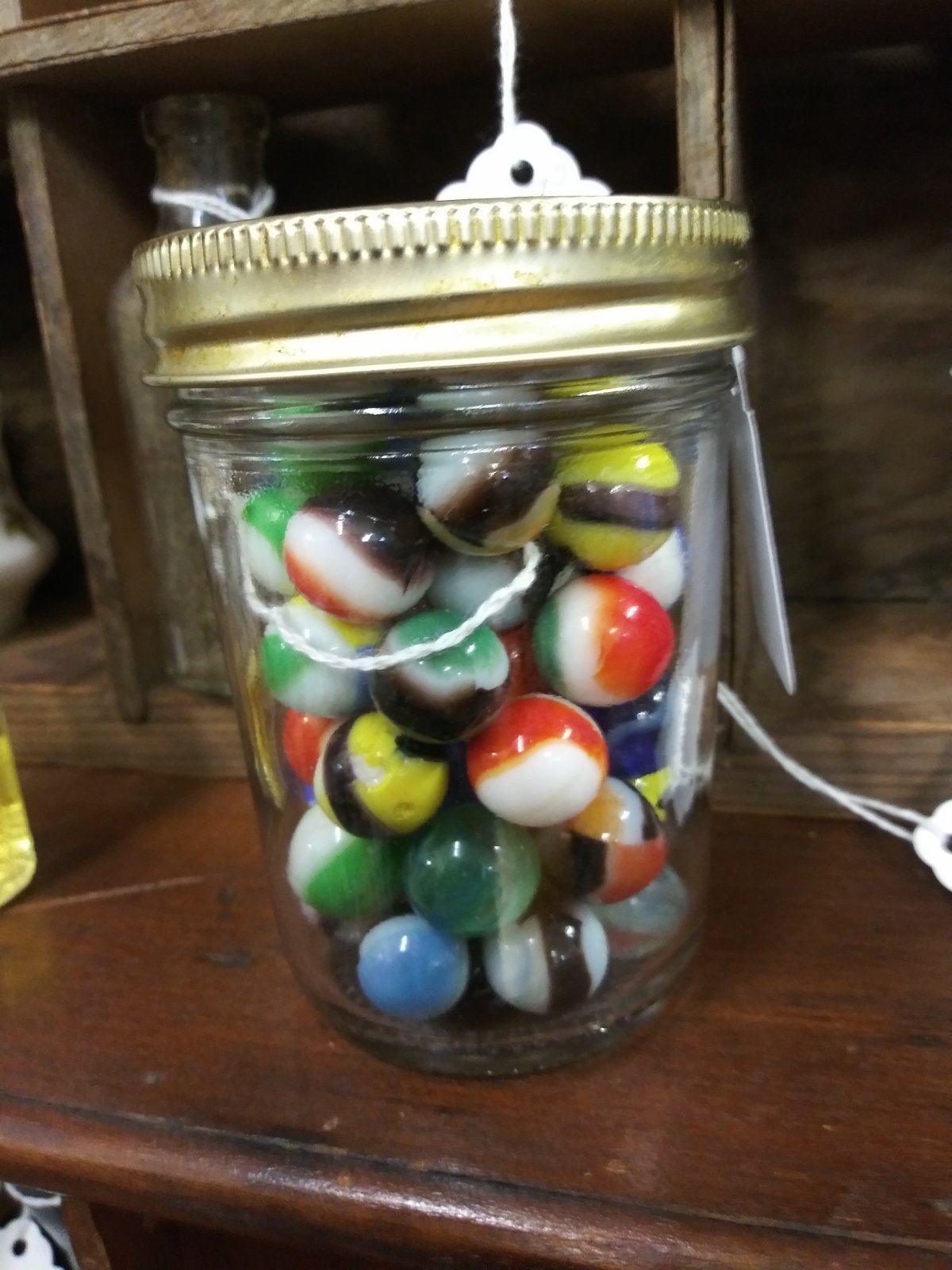 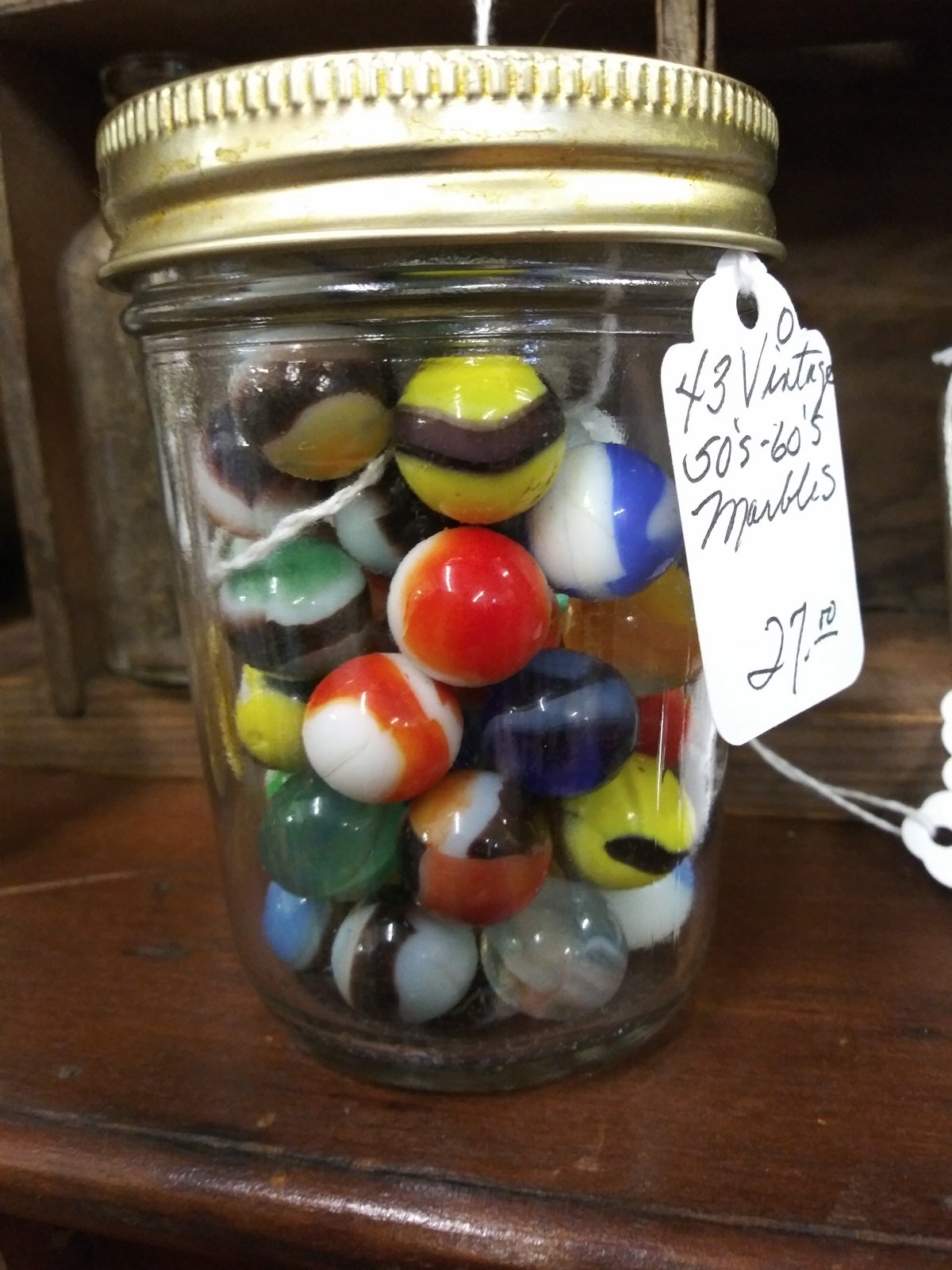 Jar # 2, it has the one with the "eyes" in it. The more I look at that marble it looks like the "Cookie Monster" but green rather than blue. 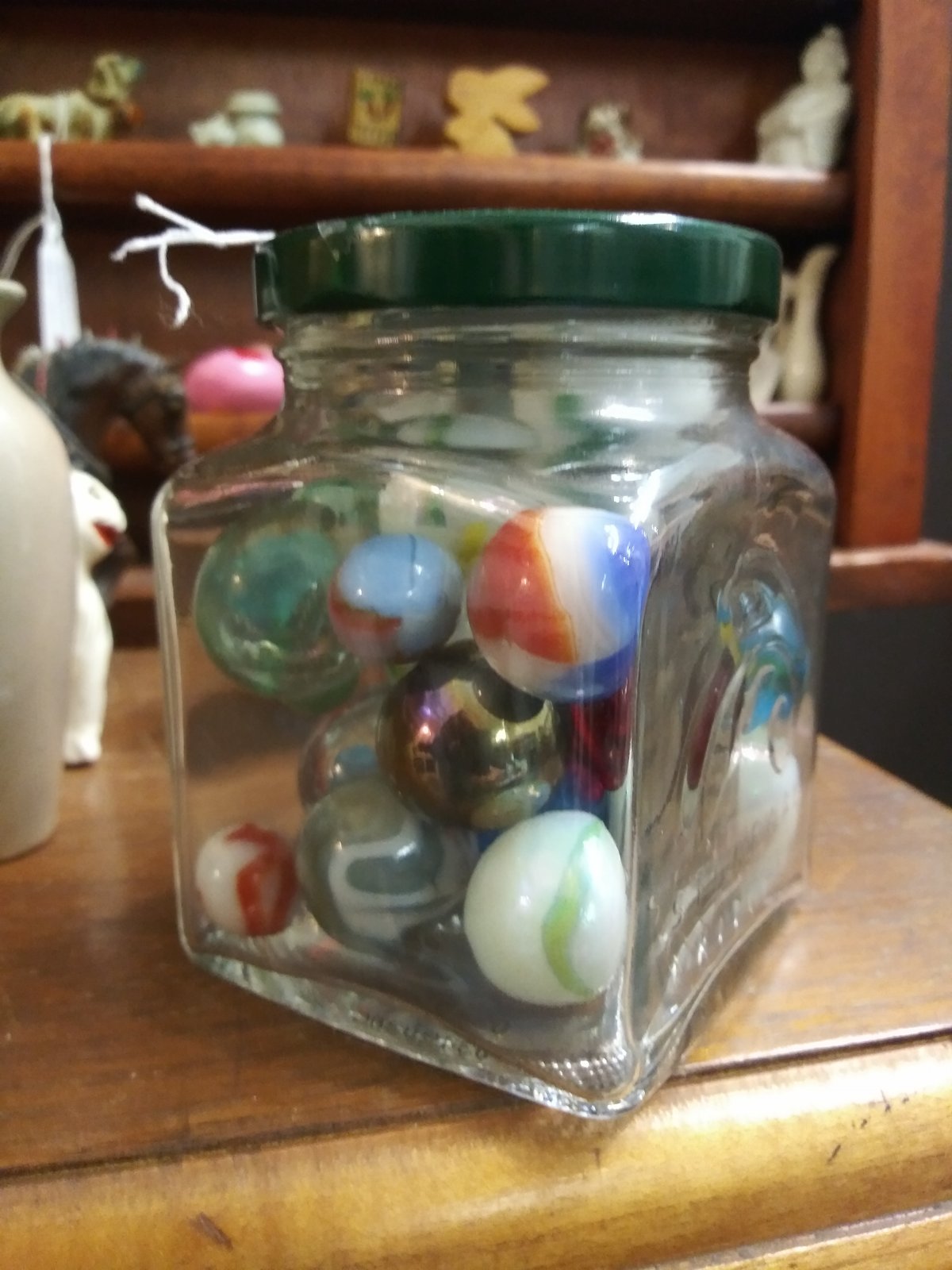 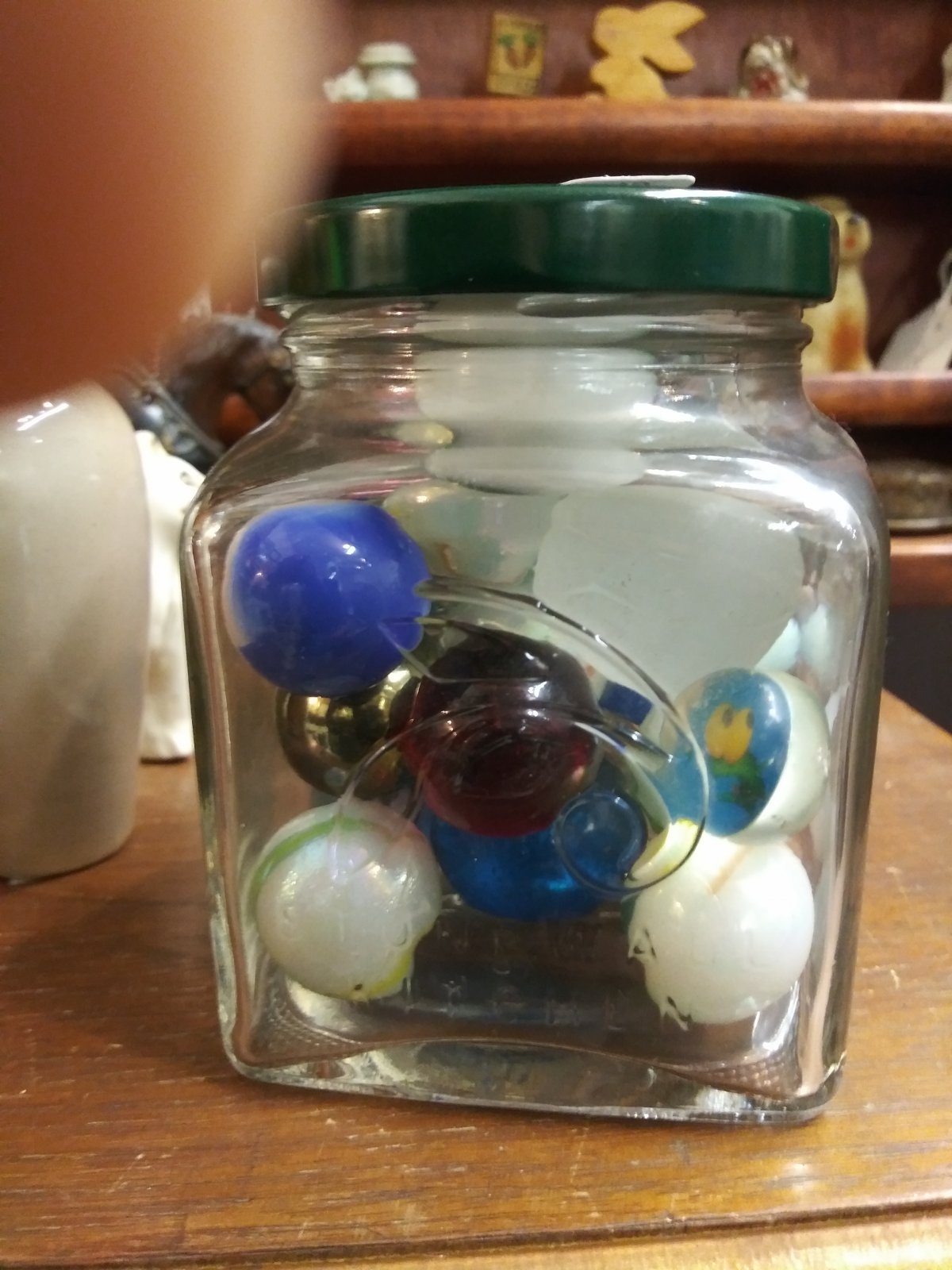 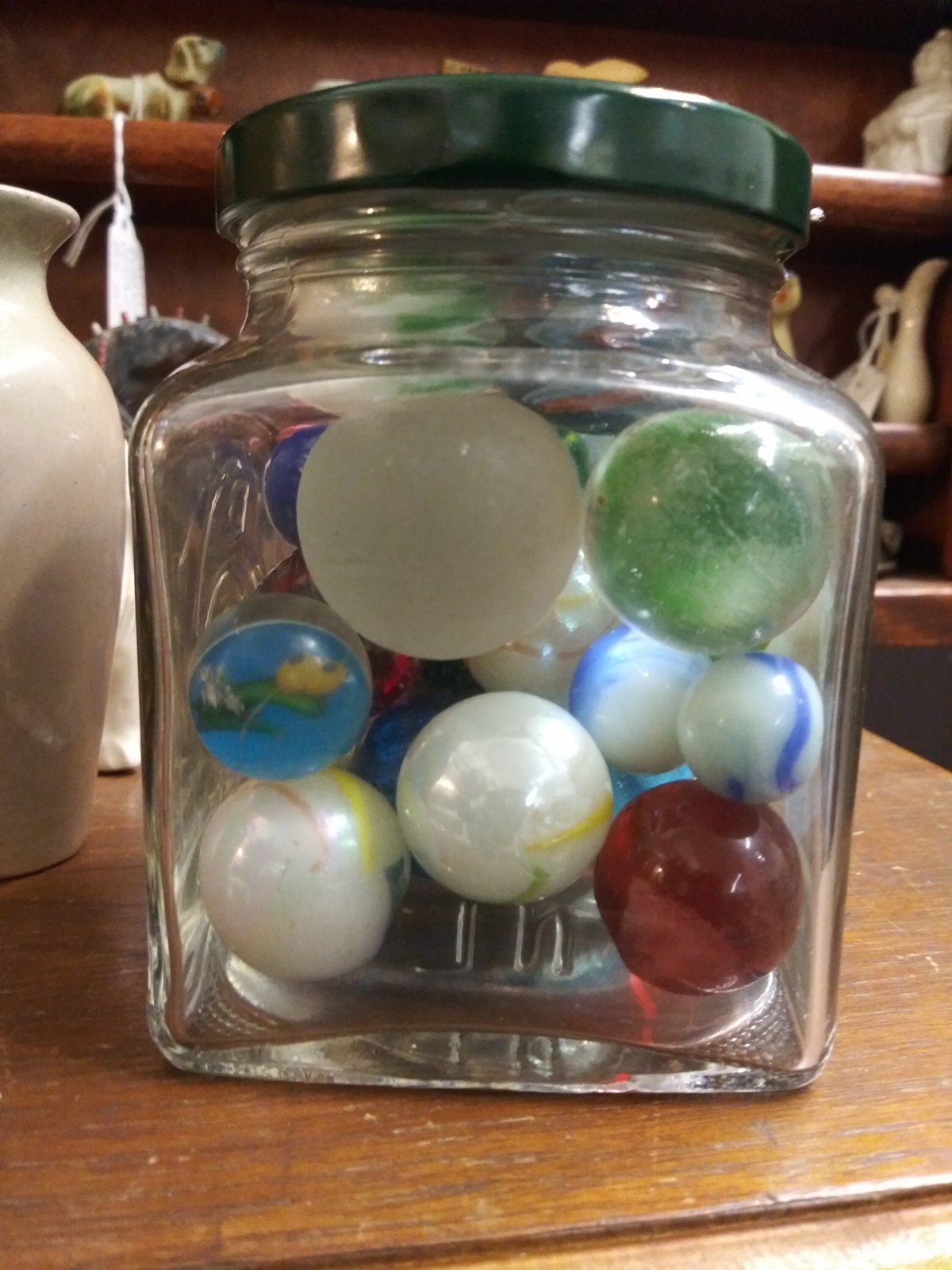 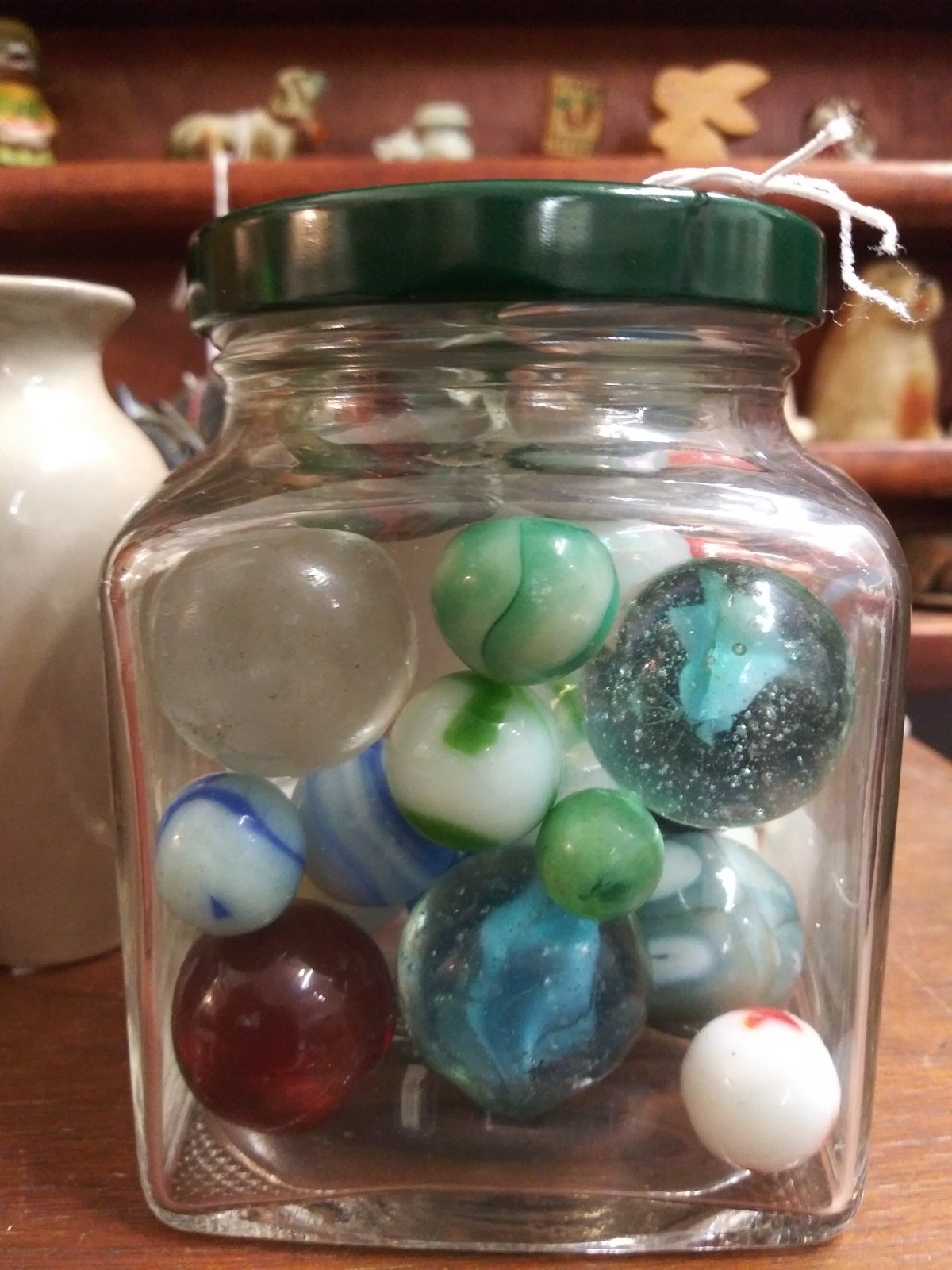 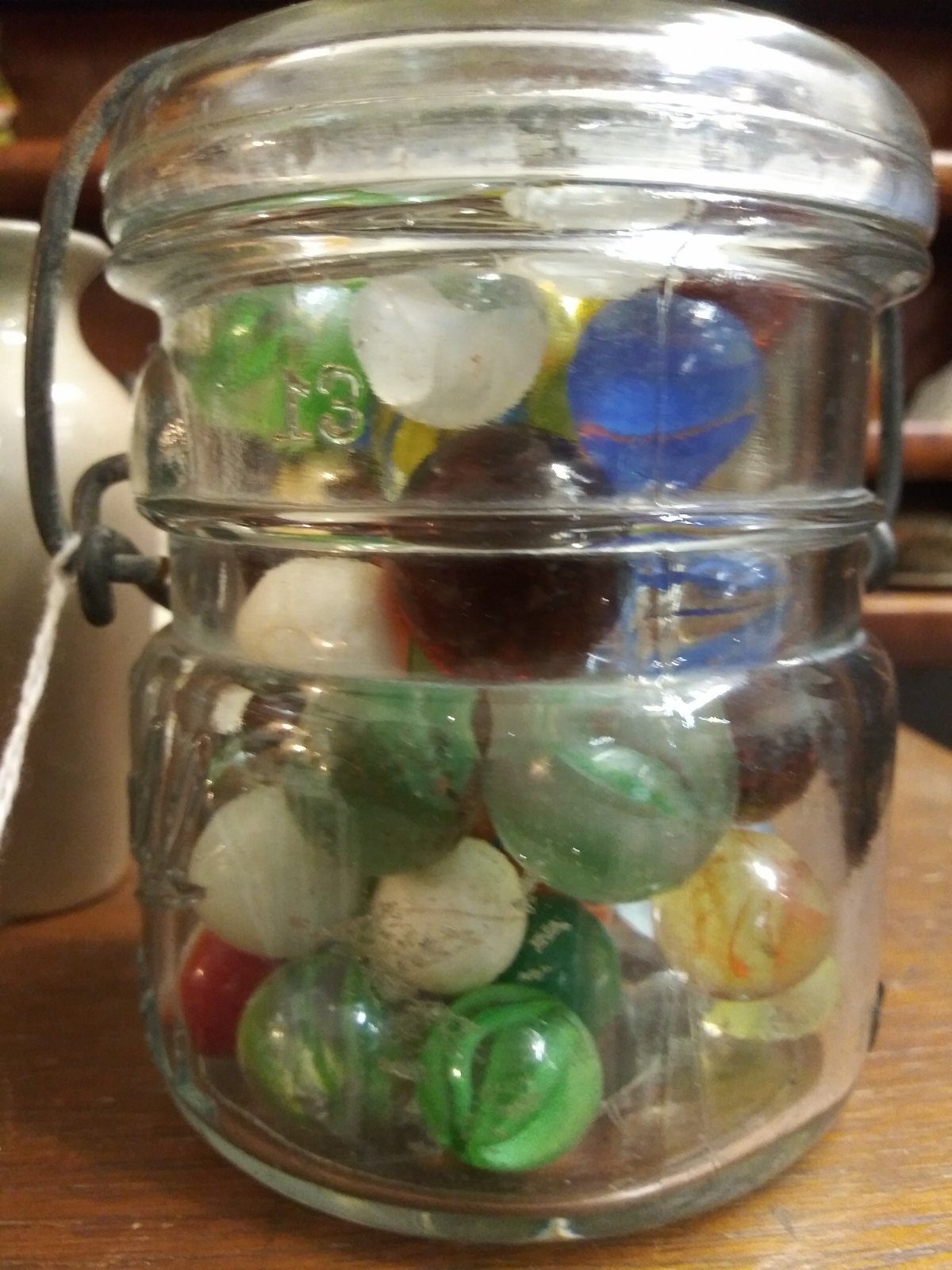 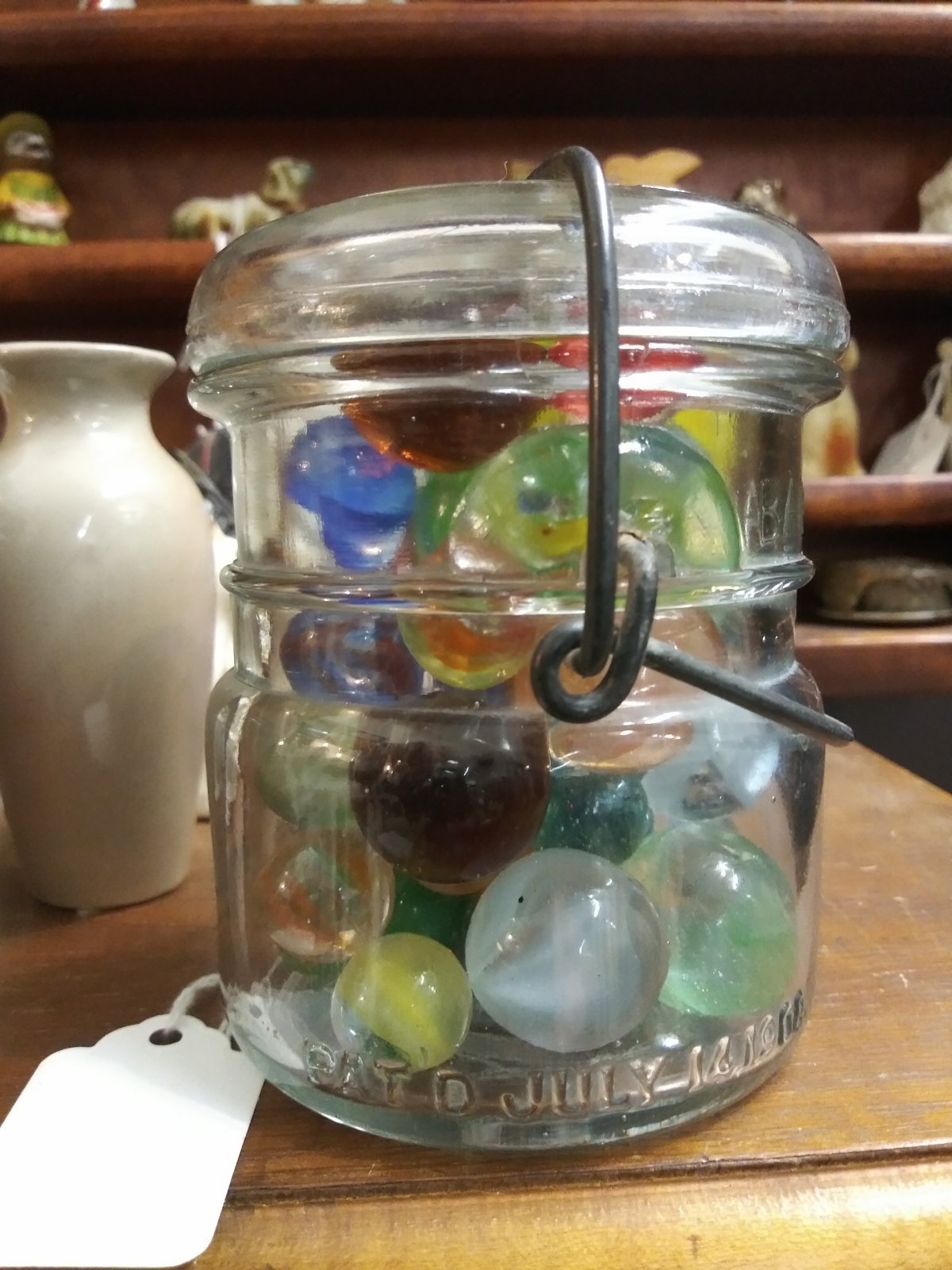 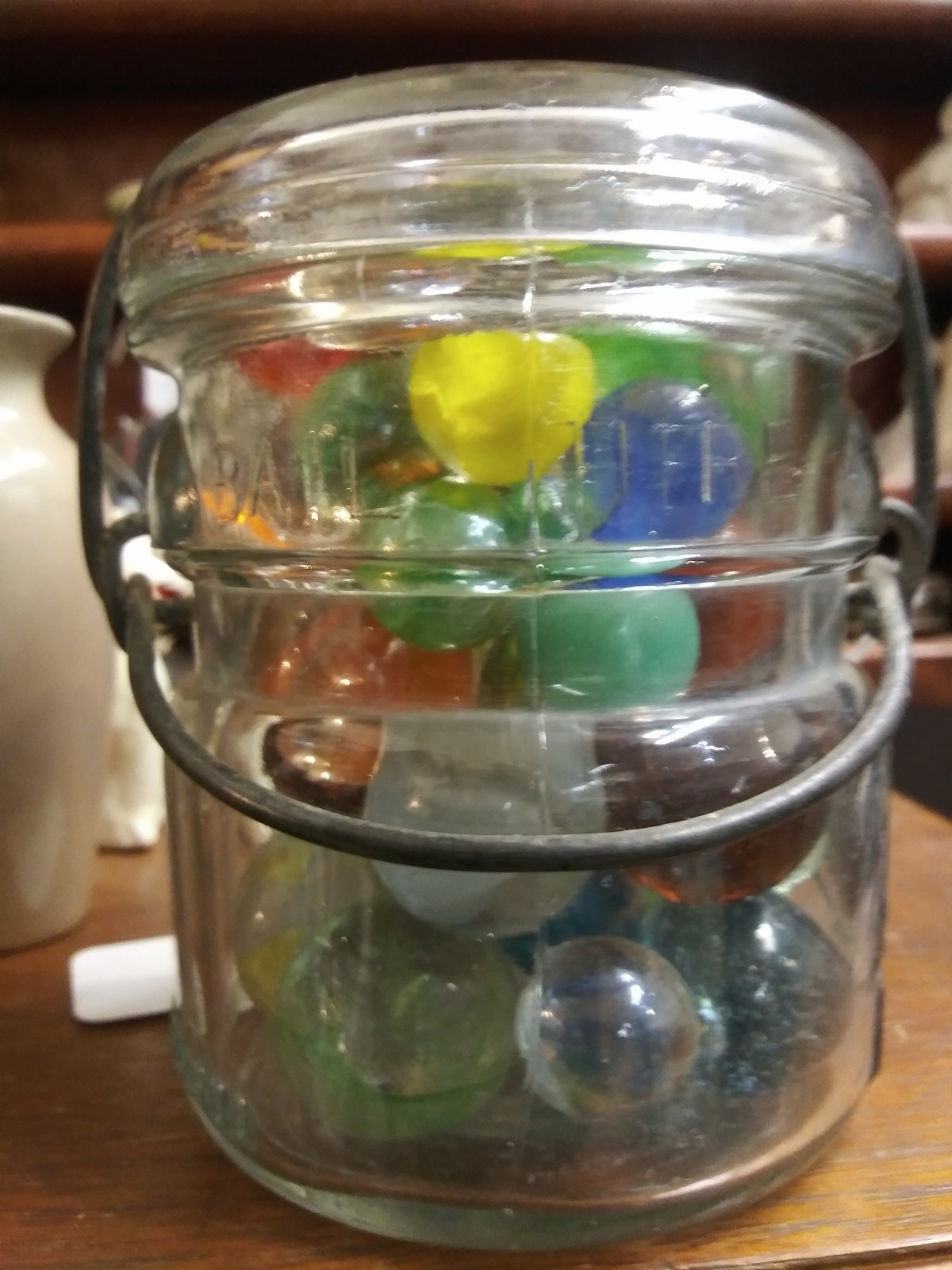 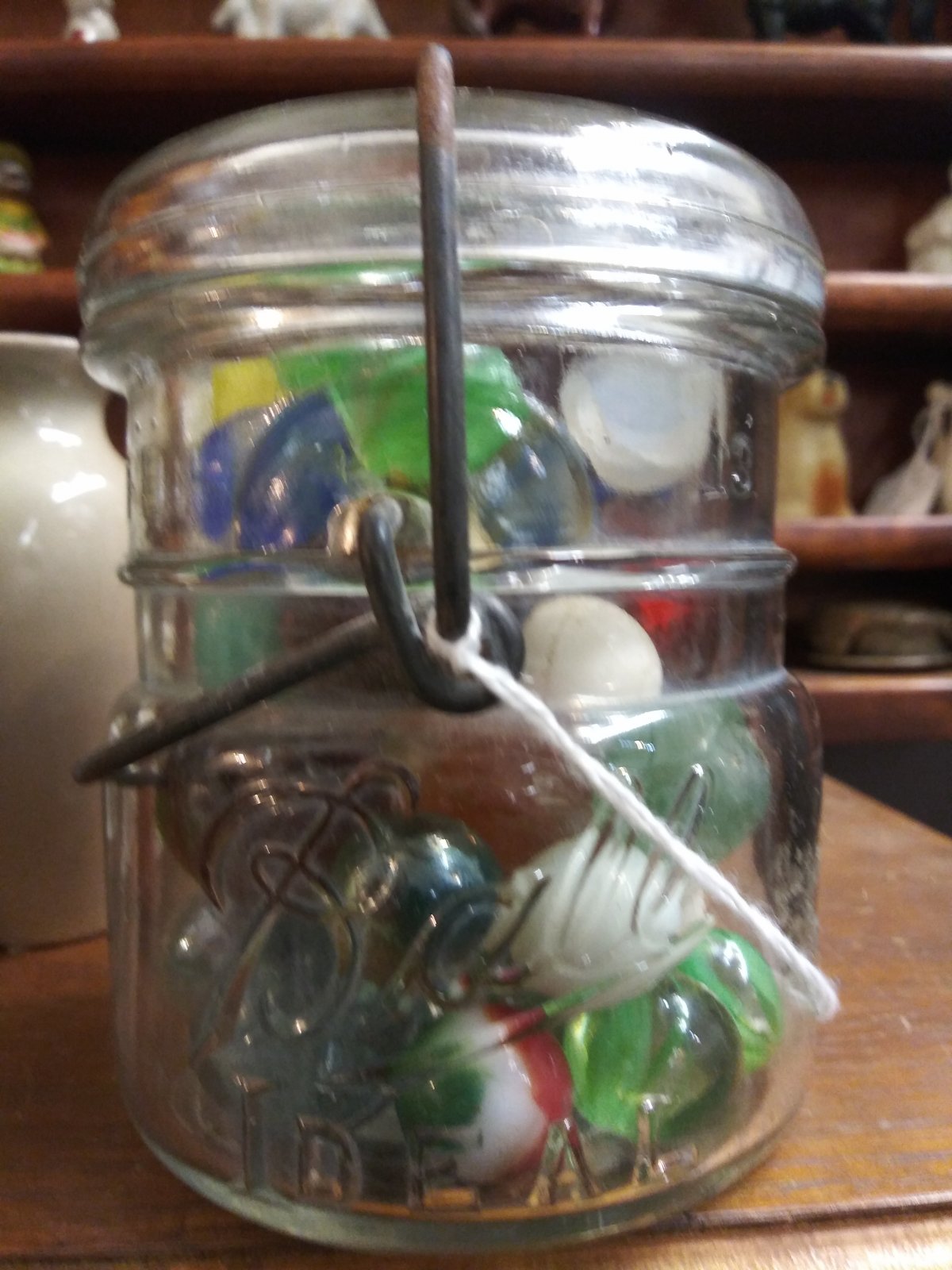 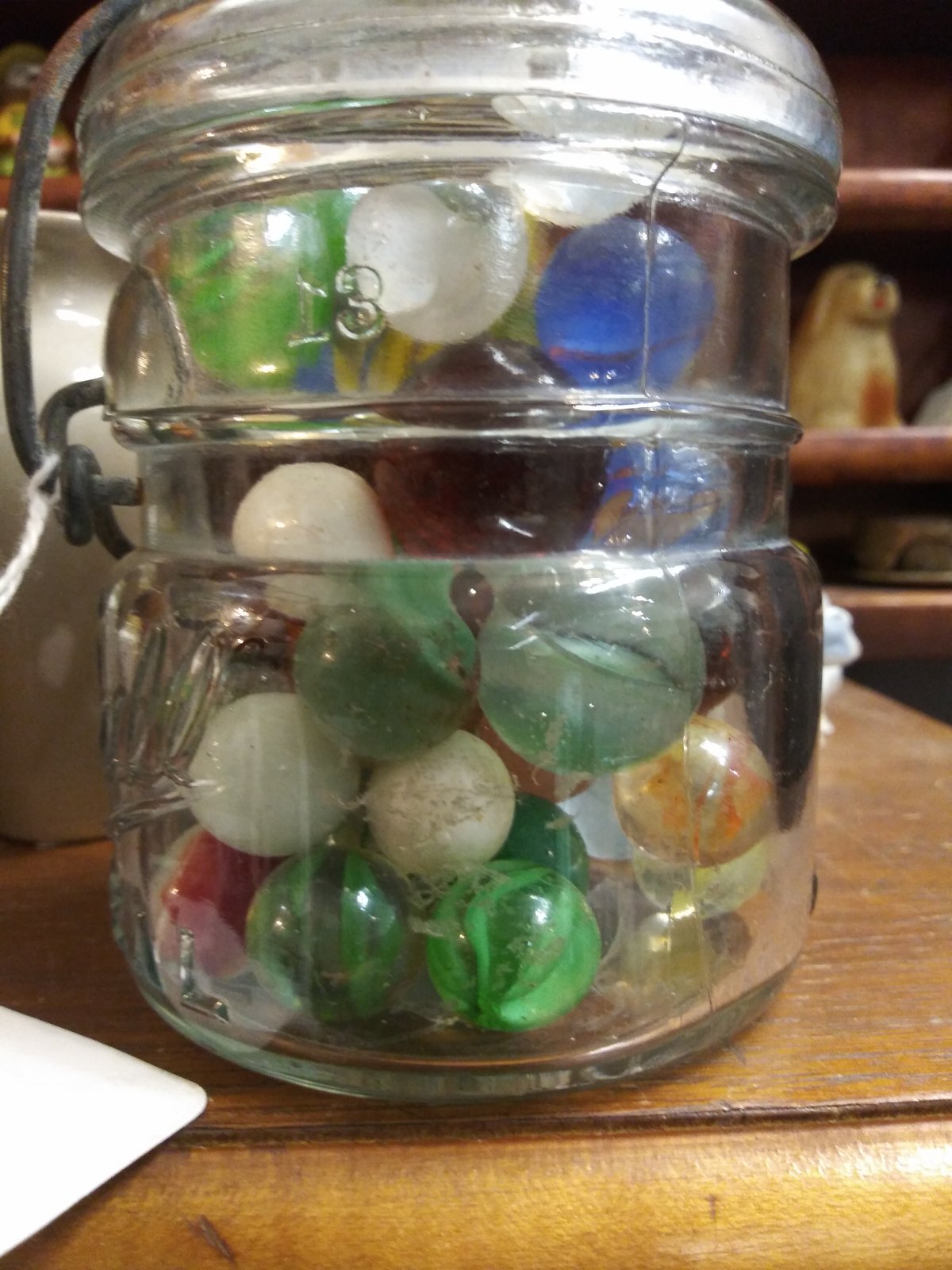 Speaking of eyes on a marble, we own 56 acres that most of which is leased to some farmers! There was an old house place there at one time, but has been gone for decades! This year, just before they planted, my paw in law, who has bad eyes, found 7 marbles one day! In the following days, I returned to look for more, and I think the total count was 19 found!! That was just by myself, paw in law found 10 or 12 more! Anyhow, one I found has 3 "spots" for lack of a better word, that are raised just a tiny bit, almost like something had been attached, or glued to the marble! I only have a cpl pics on my phone but will take more after work, but has anyone seen something similar to this brownish one below:

The others were just a cpl more that I came across, but that brown one actually has 3 spots like that, almost forming a triangle, like 2 eyes and a mouth?? Again the area is raised, so it couldn't roll in a straight line, so I'm not understanding what it's purpose could've been??

OP, the first jar is mostly Vitro with a few Marble Kings. The best marble (in my opinion) is the green/white/black Vitro. The other jars I wouldn't bother with.

ccb420 the clay marbles are called Benningtons by collectors. Made in Germany, around 1900's (+/-). The spots are from when the glaze was fired in the kiln.
C

Hey @embe, guess I should've started my own thread about my marbles, but have you seen any like the brown one I posted above? Wasn't trying to take anything away from your topic Mrs ruby
C

Thanks so that's clay?? Cuz it looks and feels like glass?

Yeah, I've seen hundreds of clay marbles. When they fired the glaze on, the marble was on a 3 "prong" support which results in the eyes. You can probably see a couple examples here mixed in with some other clay marbles