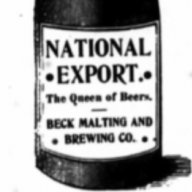 WesternPA-collector said:
Very nice story. That's part of the fun of going out and finding bottles rather than buying them.
Click to expand...

Thank you. You got that right buddy! 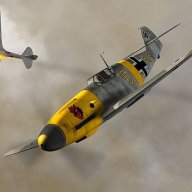 moltke_woods said:
Hey guys first post here.
Thought my digging days were over for the year as it gets pretty cold and snowy here in northern Michigan this time of year. With a little bit of warmer temps and melting snow I decided to go dig some bottles after work. I went to my usual spot which is tough digging (shallow dump and lots of cedar roots). I Powered threw my hole I filled in last time I was there and moved over some to the left a few feet and went about 2 feet down where I’ve found some older beers before. After a little while of not finding anything I gave up and walked over to one of my other spots only to find they were still covered in snow... Thought about heading home at that point but something told me to go back and try some more. I got back to my hole and about 5 minutes later I found my first bottle a machine made green slick beer. So I kept scratching around next to it and caught a glimpse of an aqua bottle. This is where I got excited and I thought I may have finally found a version of a local beer bottle I’ve been hunting for. I started digging around it and out popped an early machine made brown beer with no embossing. I set it aside and kept diggin until I was able to pull the aqua bottle out of the hole. Right away a noticed a small chip on the lip and a slight crack running down the neck but it was a whole bottle with embossing so I was happy. It turned out to be a machine made pre prohibition Detroit beer with the words Goebel’s Detroit registered on it. It also had a big G embossed in the middle of the slug plate. First time finding this bottle for me after that I dug around a little more and decided to call it quits as it was starting to get dark now. I headed home and cleaned it up and it turned out to be a pretty nice bottle to display next to my other beer and soda bottles!


Hope you guys enjoyed this story and I didn’t go into to much detail. I would like to share some more stories in the future.
Click to expand...