swim season seems to be mostly over here as temperatures have dropped in recent days , did some poking around parks and in the woods in recent days and found some items


this lot I found in a busy highway roadside park , a lot of bush and trees to hide things

- clearly Canadian alpine fruit and berries flavour bottle from 90's , haven't found one of these for a few years , never seen this flavour either 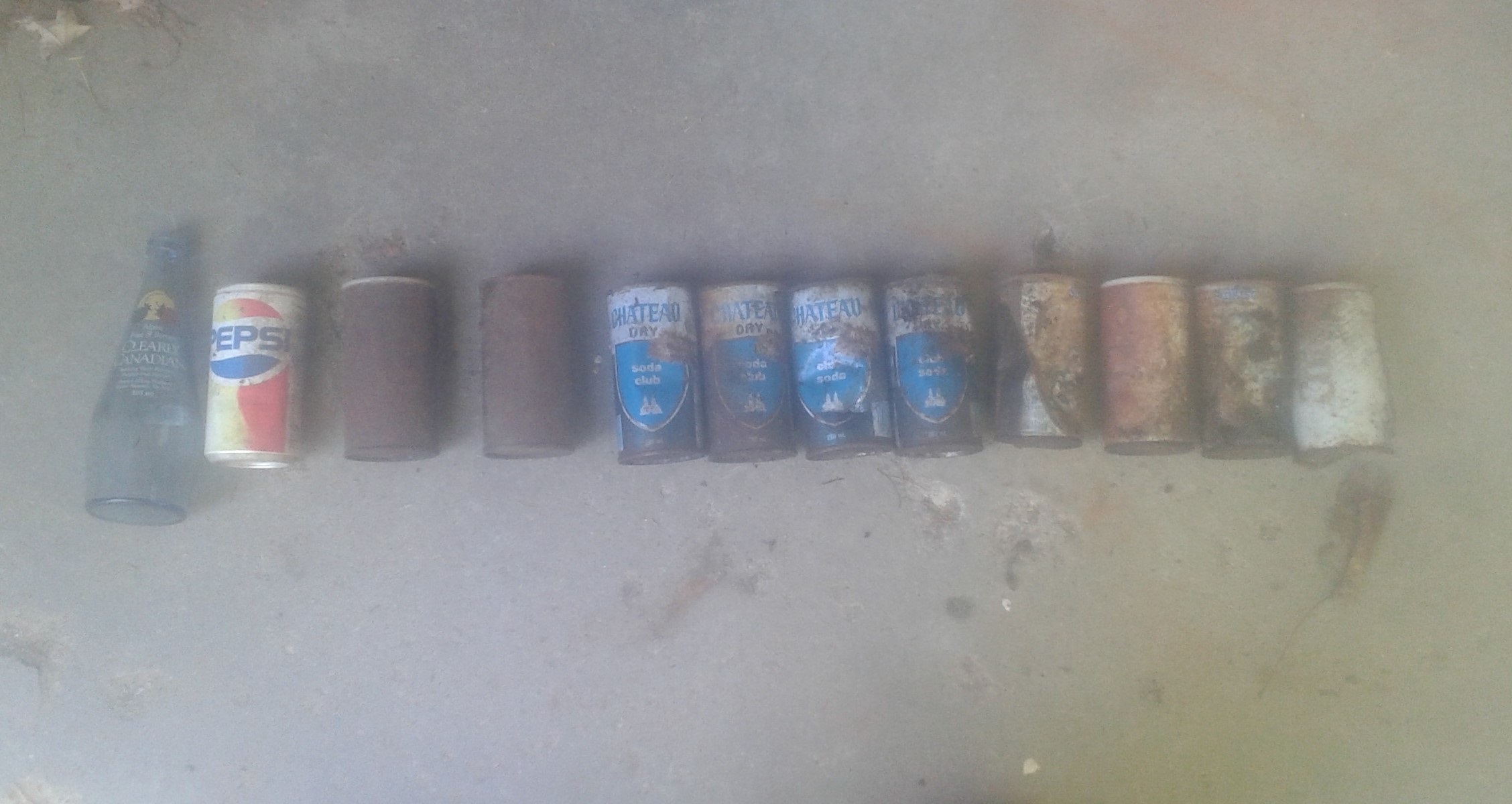 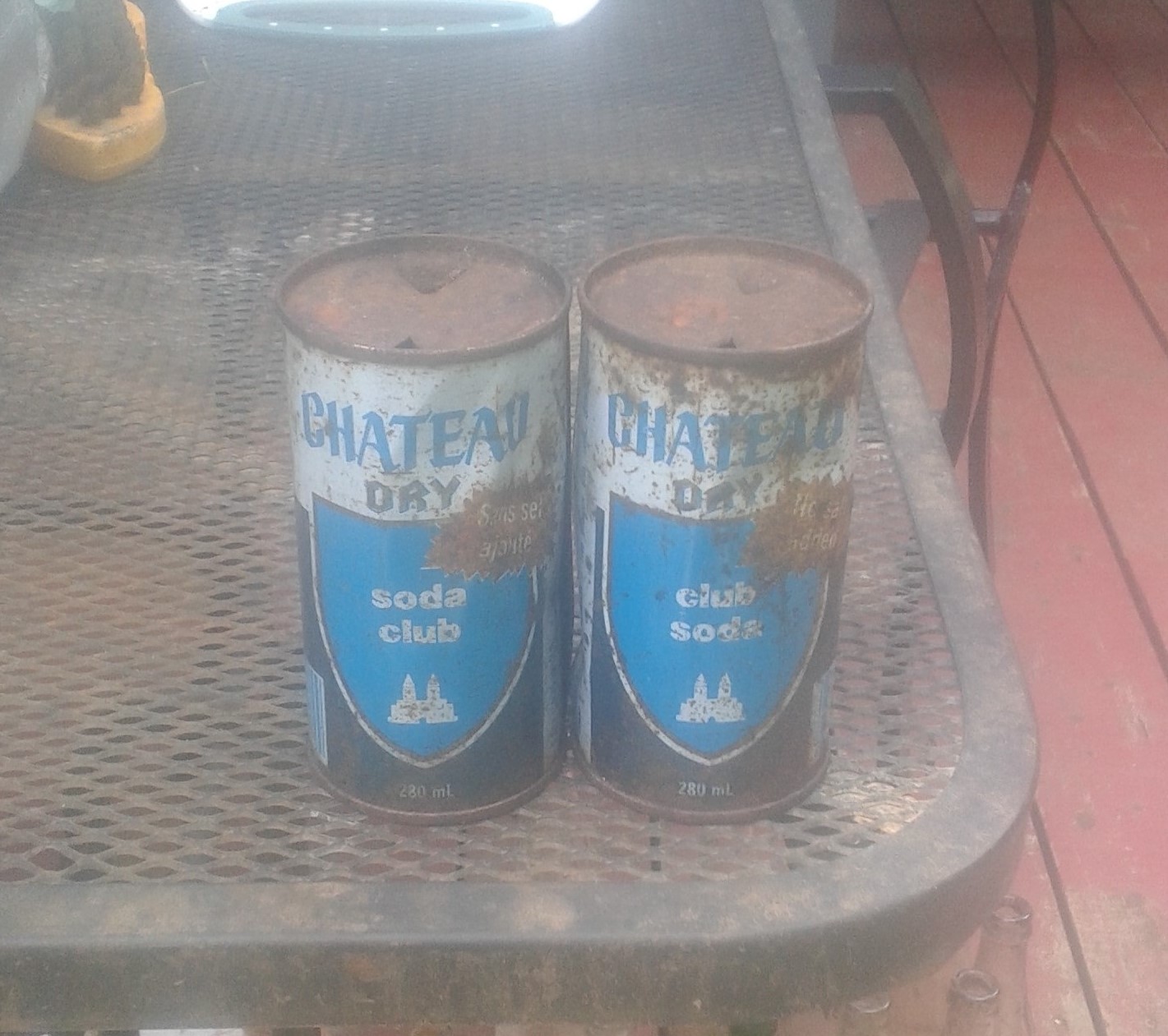 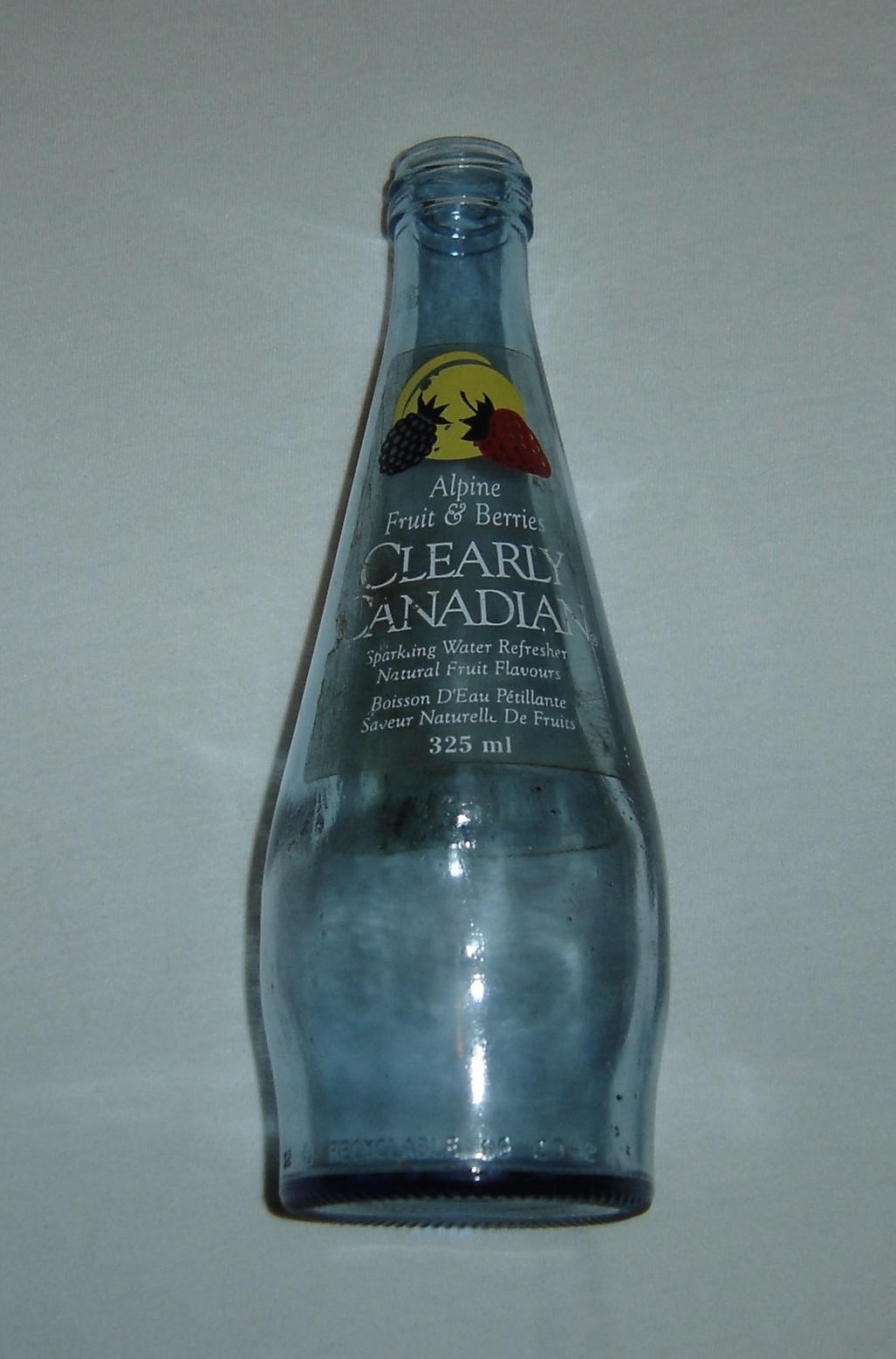 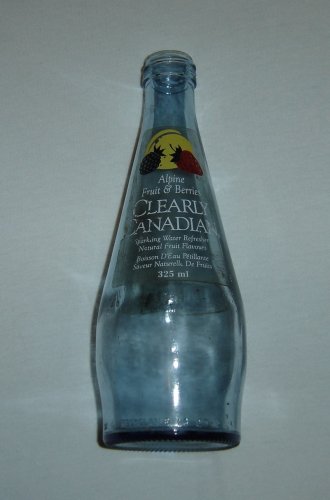 I found this in a wooded area , some stuff seems to have been tossed there for some reason years ago , due to exposure everything is pretty rusted by now

did however find several cans from the thin metal era ( late 80's early 90's ) that I haven't seen before , none are really worth keeping but I learned more about cans

- found pepsi 1 metal and an aluminum ,
coca cola can
orange crush
2 tropical punch Crush ( never seen this one before its the red can )
2 Canada dry tonic water ( haven't found before in this can )

also found a Canada dry - club soda bottle cap , unsure of year but was attached to a broken clear bottle , was a lot of broken glass there , most amber/green beer bottles 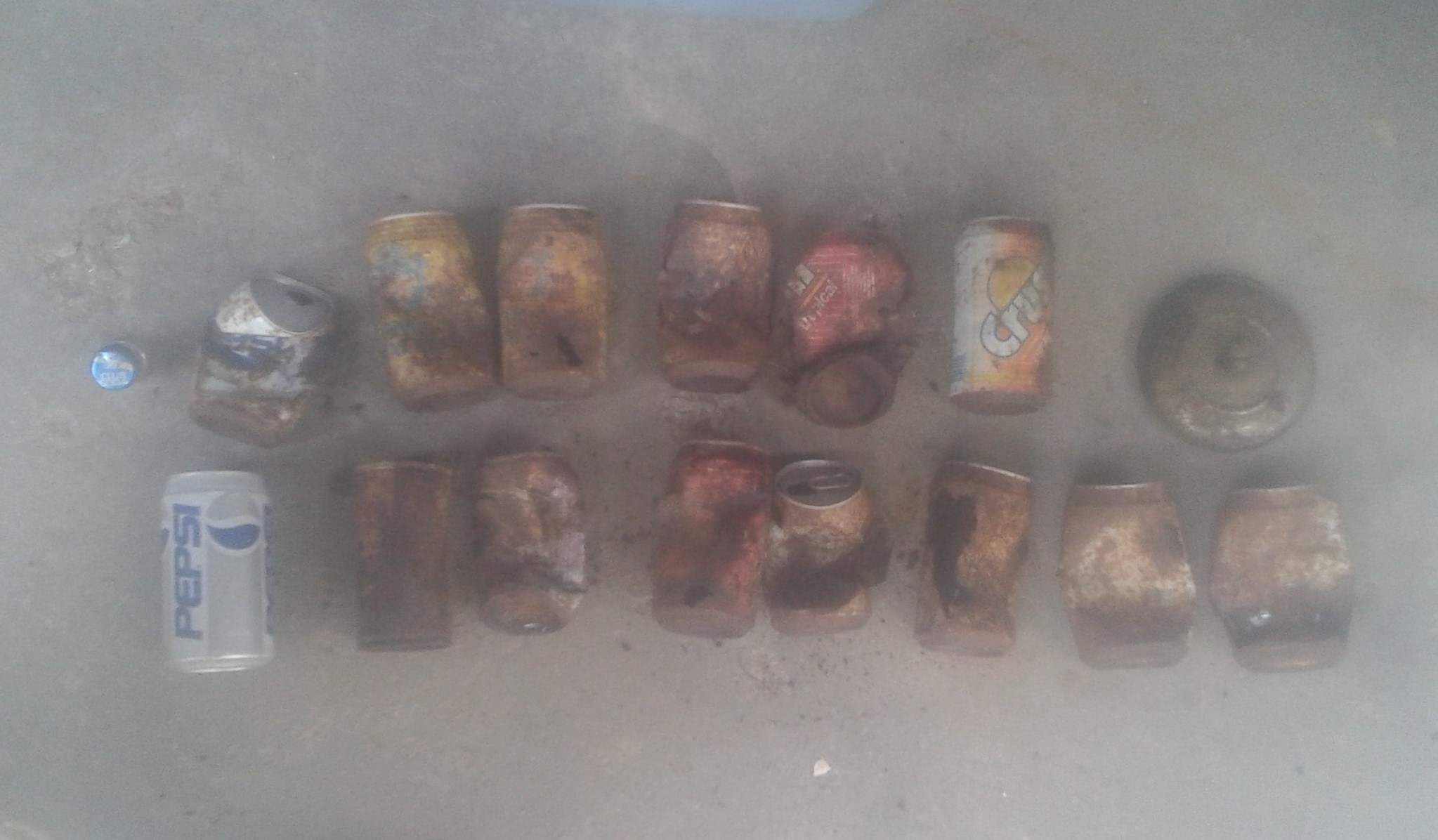 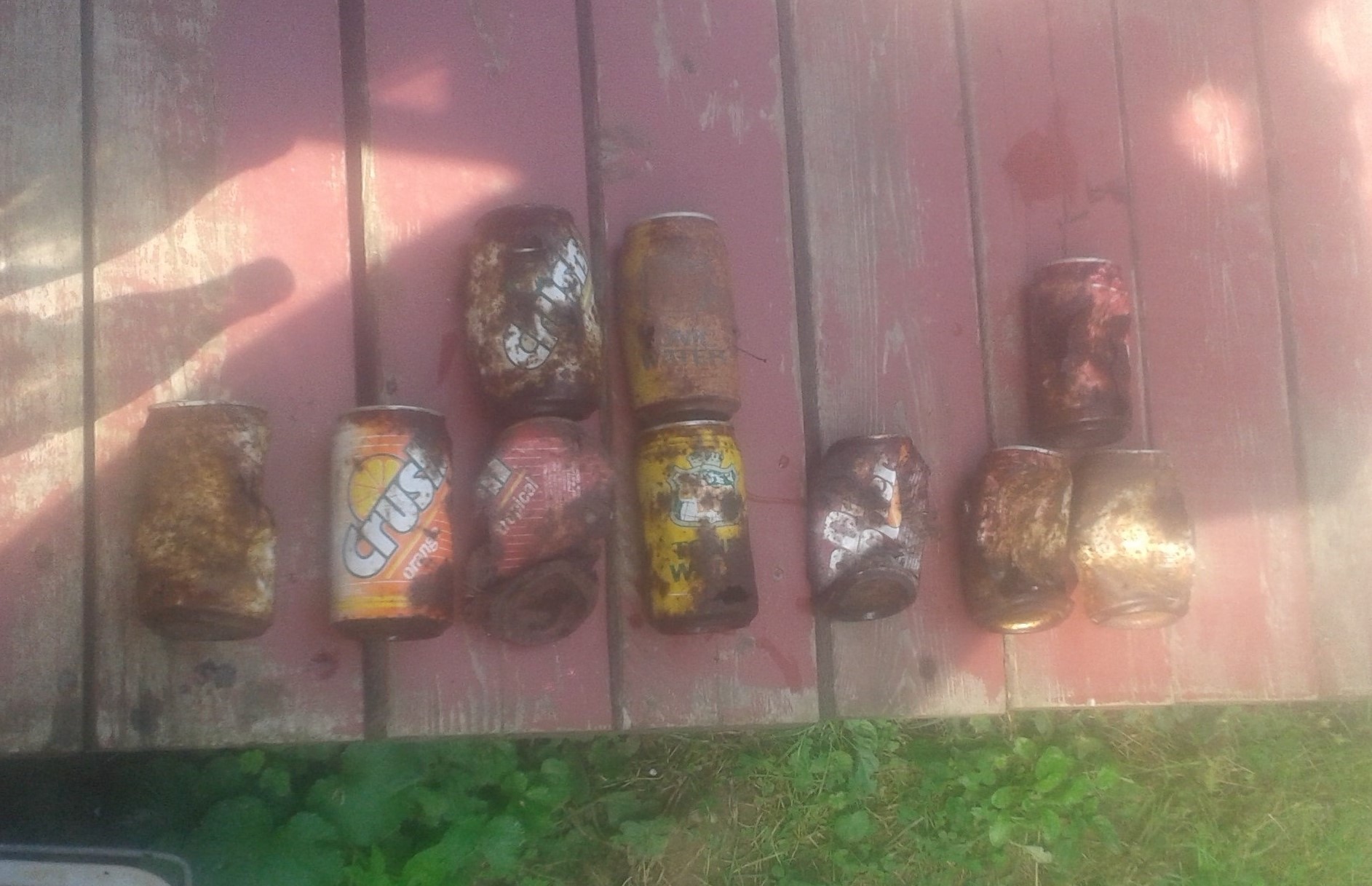 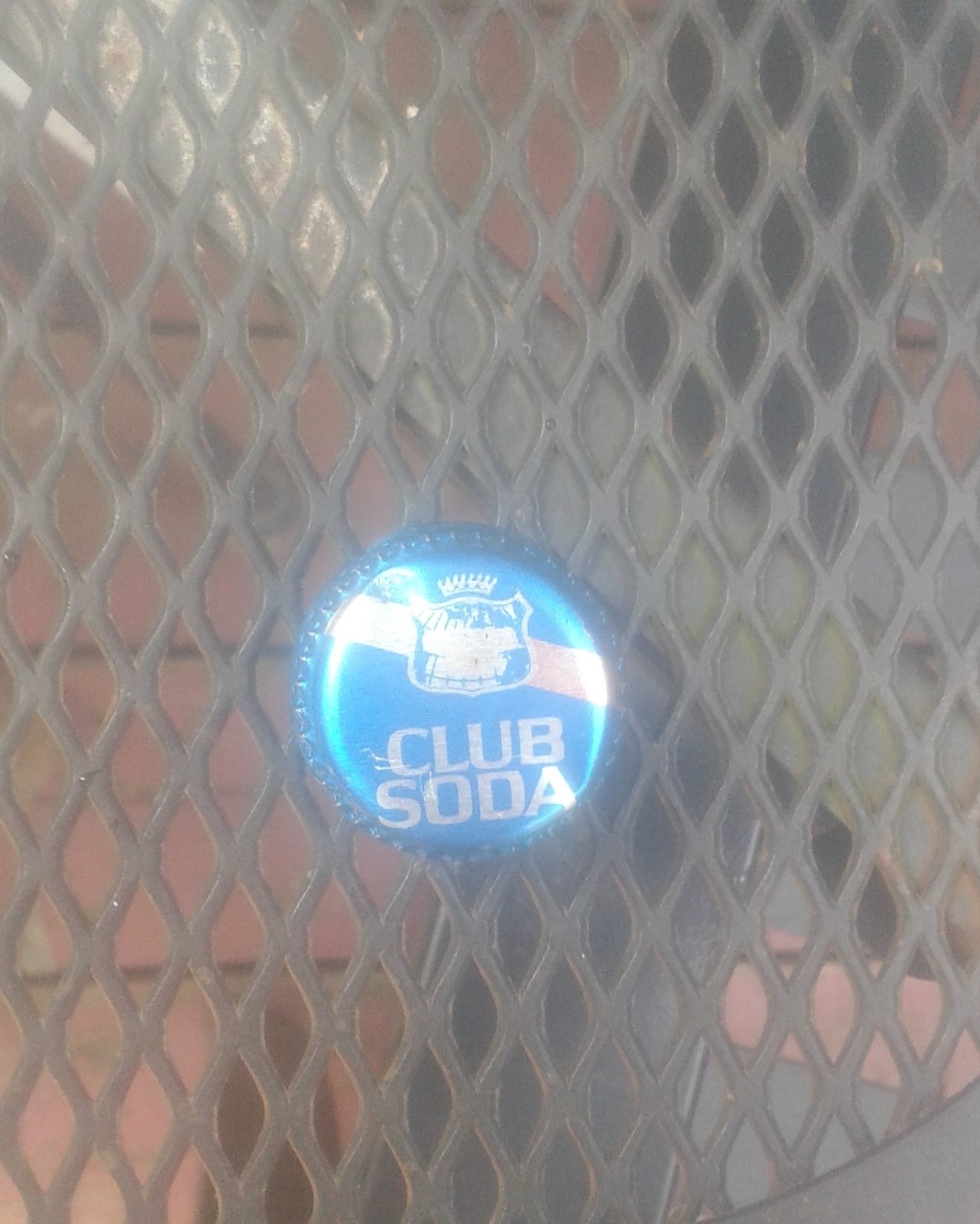 Have you ever seen a London dry bottle

Timelypicken said:
Have you ever seen a London dry bottle
Click to expand...

from London Ontario ? is a bottle called airline dry , its an acl bottle from London and has an airplane on it , don't have one but seen pictures of it

no but doubt its from Canada , more than likely UK based on soldiers on bottle are from there

also found this stuff , poked around some roadway embankments and wooded areas , found a couple spots where stuff had been dumped as there was rusty cans and glass jars but no soda's or anything good , was an odd plastic corn syrup bottle from quebec

the 2 green quarts on far right are broken on the back but was at an antique store recently and saw one like them that had been used for a local ginger ale not beer , it had a muskoka dry label on it and appeared authentic as it was badly worn 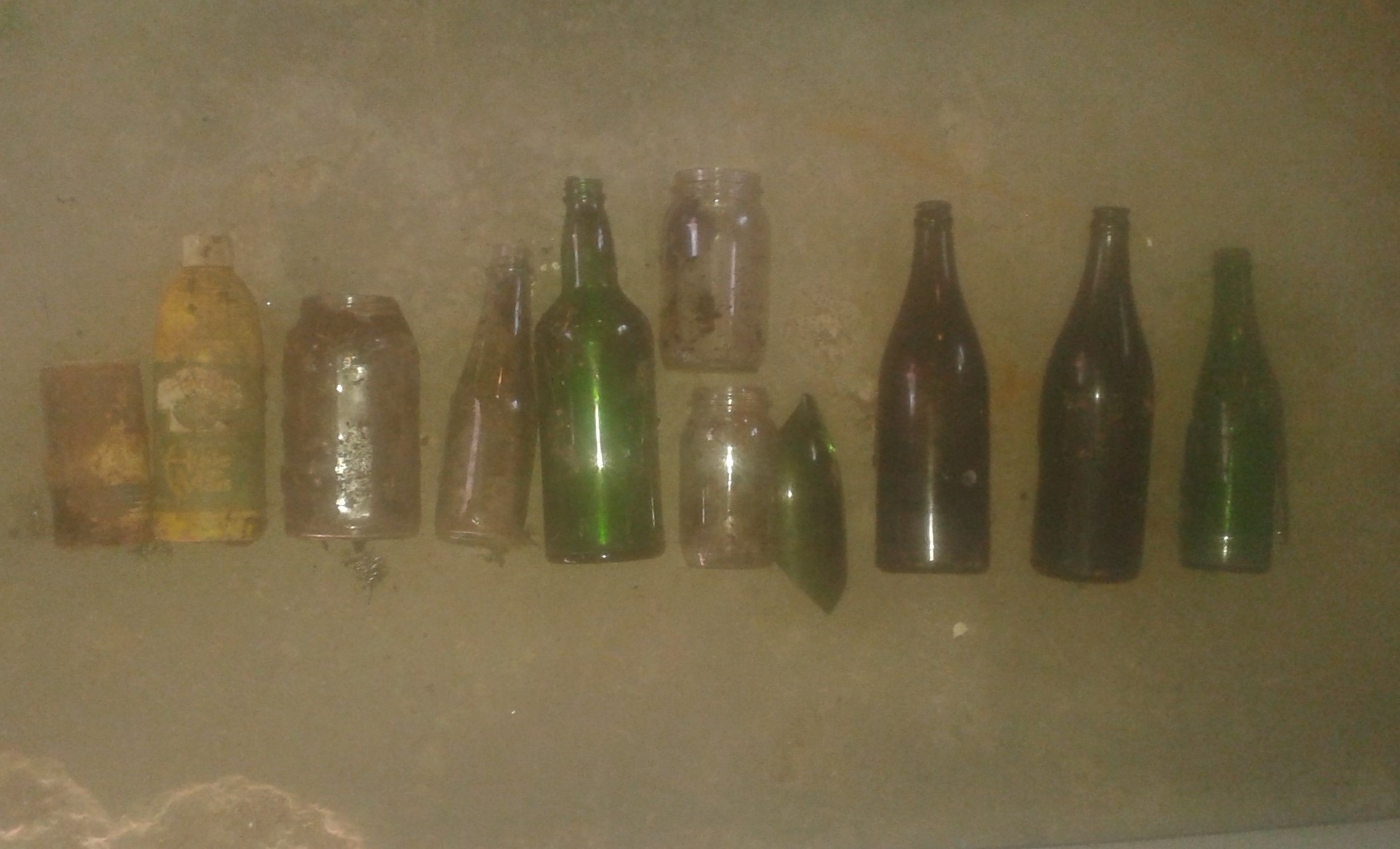 Always weird seeing flat top cans with bar codes on them, I know that flat tops lasted pretty late for cheaper soda brands but I definitely don't think of the two as at all contemporary.

CanadianBottles said:
Always weird seeing flat top cans with bar codes on them, I know that flat tops lasted pretty late for cheaper soda brands but I definitely don't think of the two as at all contemporary.
Click to expand...

the chateau brand seemed to use the flat top much later than others , I think those cans are from the late 70's maybe or early 80's ? so there was bar codes by then
You must log in or register to reply here.