That's great information, thanks for that! I've never seen either of those bottles pictured, I'll have to keep my eyes out for them.

glass.ca said:
Hi We know this is an old post however we have some info on the Bourget soda pop production.

This is to give an outline of time for the two known soft drink bottles manufactured by the Deneault family and later another bottle when the company was purchased by Rheal Gagne President of Excel Beverages.

The first bottle with his name comes with a place name of " The Brook " showing it was made before 1910 as that is when the post office name became Bourget.
This bottle would have been used locally and did not have a very wide distribution being returned and reused.
However, it is difficult to say when this bottle was first used.
It probably also was used after 1910 up until about the painted label Deneault Beverages bottle which started in about 1939- 1940. The cap showed the flavour of the beverage on the ACL 1939-1953 bottles.

This covers the soft drink portion of the Deneault beverages yet there were other aspects to the business as other relatives shipped mineral water in bulk.
The bottle above was replaced with the Excel Beverages Company bottle which started in 1953.
Le Droit November 1953, Ottawa
Click to expand...

sorry I just noticed this post , never saw it last june likely cause it was part of an old post . but contains some great info and quality pictures of the bottles

I've never heard of Deneault Beverages before , but I did just notice one for sale on kiijjii , missing most of the paint though , noticed this post when I tried to figure out where the bottle was from 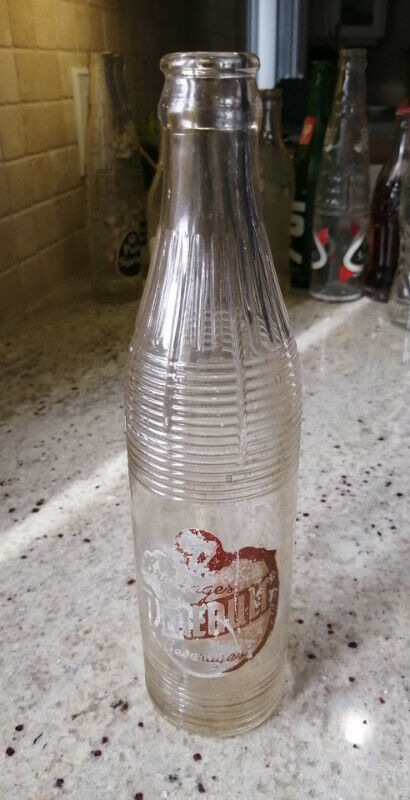 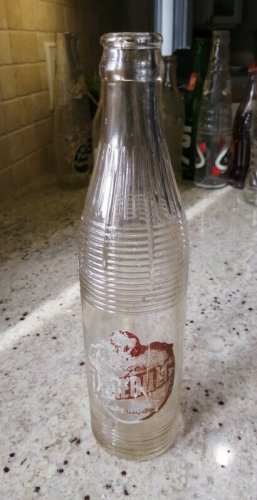