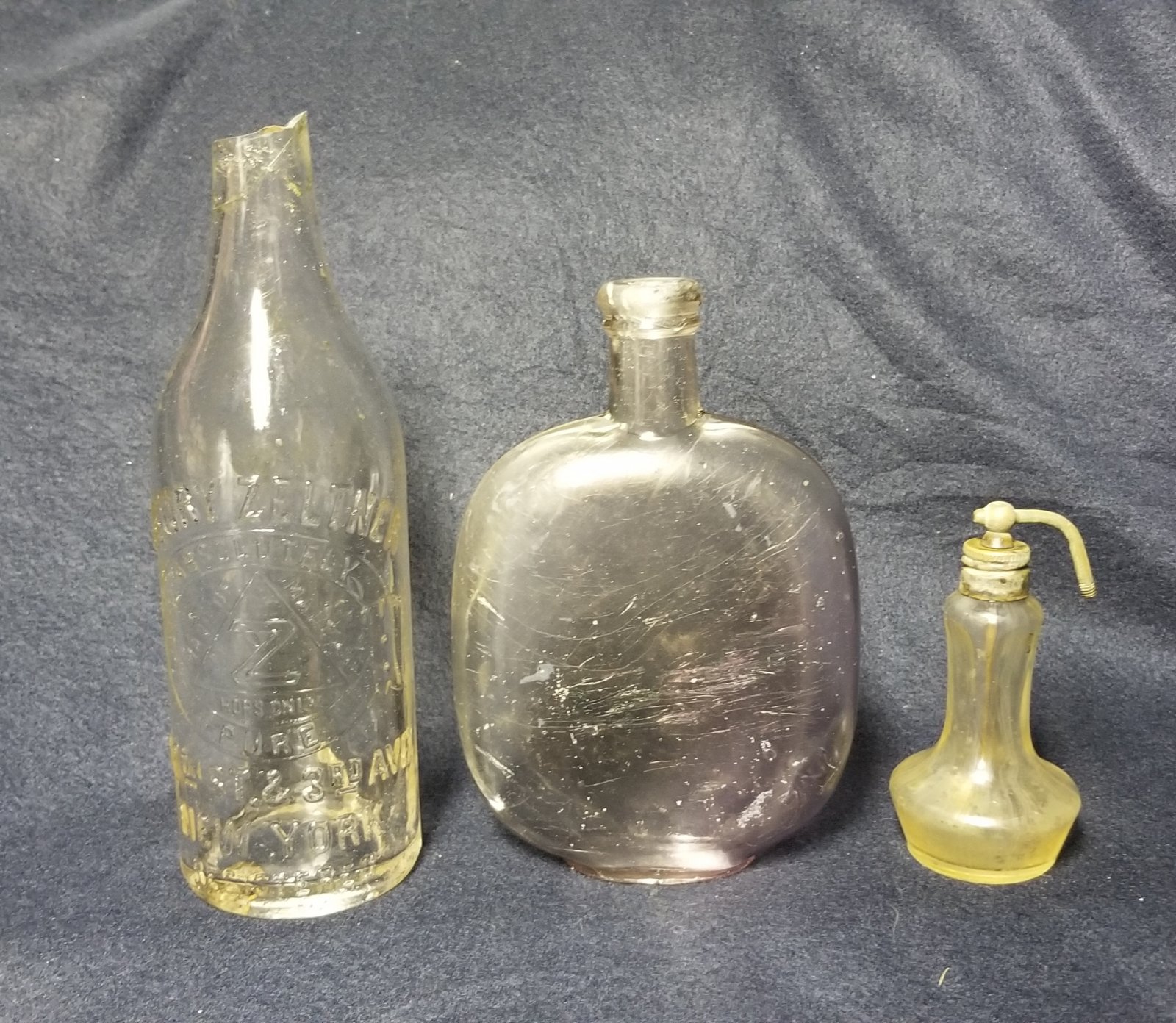 Went on another adventure today. First went snorkeling off an old pier, nothing to be found there but big sea snails unfortunately. Had more luck at another location where the recent rain storms had washed away some of the surface.

Found a nice tooled pumpkin seed flask and a old perfume bottle with intact brass hardware, both likely from about 1900.

Also found was a broken clear glass beer bottle for Henry Zeltner. I may take some time to repair this bottle by sticking another blob top to it if I can figure it out.

For anyone interested in learning, this is the history of the company: The buisness operated from 1860 to 1909 at 170th. Street & 3rd Avenue in the Bronx, NYC.

Henry Zeltner moved to America in 1854 from Bavaria and in 1860 began brewing under the company he named after himself. “The Brewers Handbook”, an industry publication that detailed production numbers of breweries producing over 12,000 barrels of beer per year, lists Henry Zeltner’s brewery in 1877 as producing exactly the minimum barrels to be included in the publication, which would make it a smaller business at that point in time (by comparison the largest NYC brewery this was George Ehret’s who produced 138,000 barrels). Zeltner seemed to primarily brew lager beer. After his death in 1898 the company continued for roughly 10 more years before closing in 1909.

History lesson courtesy of Evan Smith of historicbeerbottlesnyc.com
You must log in or register to reply here.

Thursday at 7:12 AM
UnderMiner