One way to determine whether or not hand painted/stenciled bottles exist is to try and figure out when the first stenciling machines became common. Even for the big glass makers like Owens-Illinois and Thatcher, I have to believe the introduction of stenciling machines was a gradual process and didn't occur overnight - just as the transition from fully embossed bottles to ACLs was a gradual process for the bottlers who used them.

Take for example the following machines - which were invented by individuals listed as "Assignors" to the Owens-Illinois Glass Company. I'm still searching for earlier examples because it appears that by the time these two machines were invented the ACL process had advanced considerably. But even with that said, they give us a peek at what was going on at the time, and might provide clues to earlier bottle stenciling machines.

This first example was ... 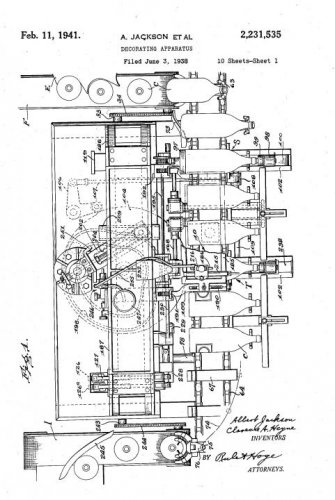 This next example was ...

I especially like this one because its the earliest I could find that addressed the shoulder ACL application. 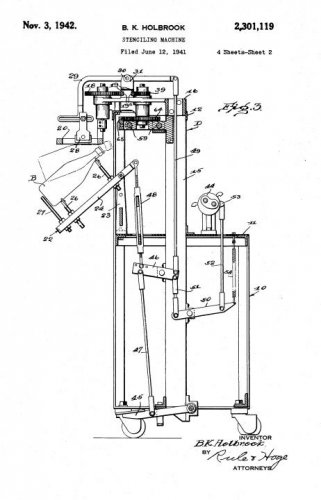 [ Notice the 'tilt' feature in this cropped portion ] 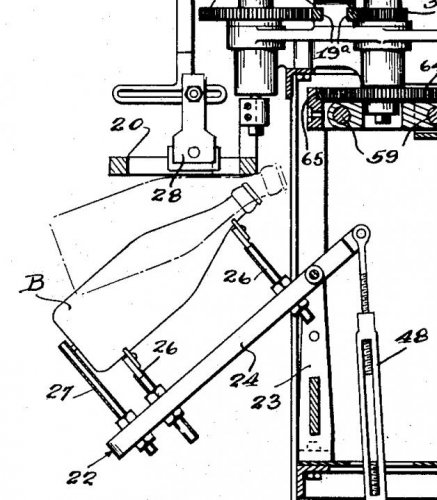 The image below is cropped from the 1939 Julian Toulouse article. Notice that none of the ACLs pictured have a shoulder ACL. Now I'm wondering when the first/earliest shoulder ACLs were produced.

You're the 7up guy among us - when did the ACL shoulder emblems first appear on 7up bottles? I'm thinking around 1938, but I'm not certain. If the shoulder ACLs did start around 1938, they might tie-in with the 1941-1942 shoulder stenciling machine I just posted. 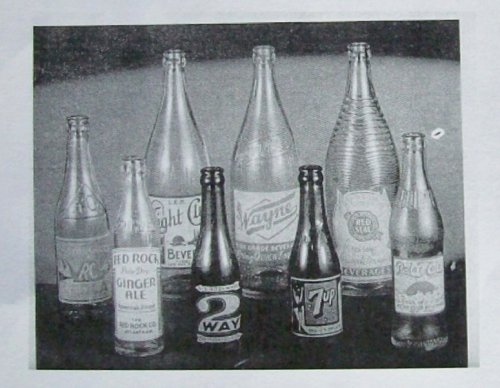 After considerable digging I may have hit pay-dirt with this one. Its another bottle stenciling machine and the earliest one I expect to find. Based on the detailed description associated with it, its primary function was for round surface bottles of various shapes and sizes. Here's a copy/pasted portion of the description. You can read the entire text by using the link. Notice the inventor was an 'Assignor' to the Hazel Atlas Glass Company ... 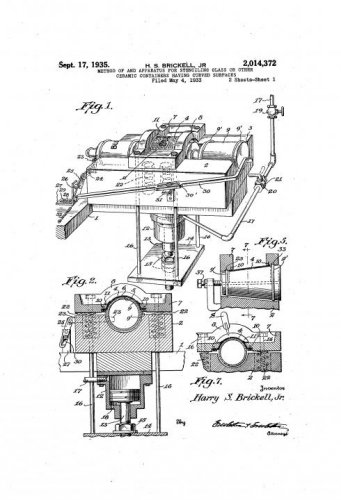 The bottles in the machine appear to be 'Bluing' bottles 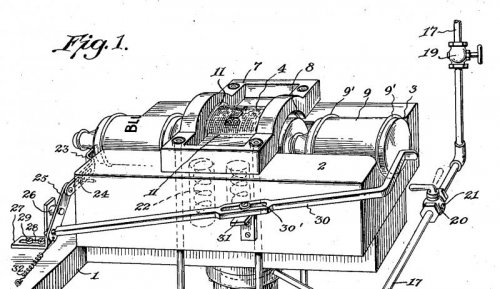 
But, then again, maybe its a Hazel Atlas ink bottle ... 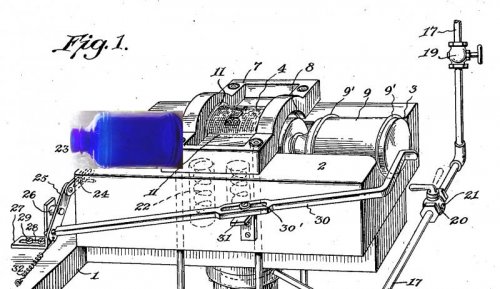 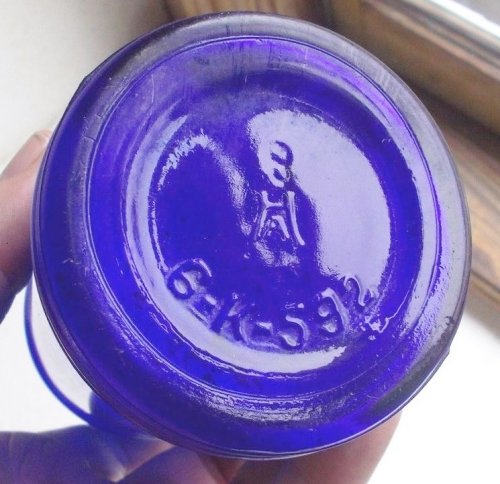 Do you consider the word "Bitters" on this Hazel-Atlas bitters bottle as an Applied Color Label? 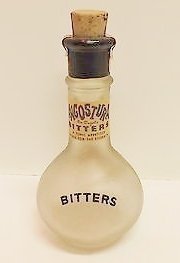 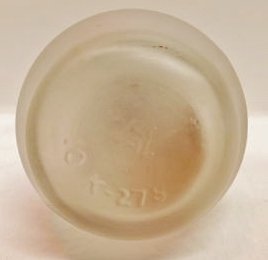 I'll post more about these bottles next week, but I can tell you now that I do consider them as having an Applied Color Label. I have seen them with black, blue, and red lettering.

I'll be back. Have a great weekend - be sure and finish your 'homework'

Here is a picture of a worker at a pyroglaze machine. From the Star-Gazette of Elmira N.Y. Dated June 20, 1954 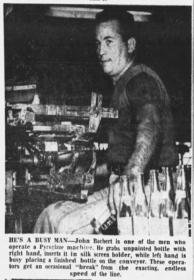 Great find - but a little confusing. I had to save and zoom the newspaper clipping in order to read it - which was no problem, but was surprised to discover it said the guy was "Hand-feeding" the bottles into the machine. I would have thought that by 1954 they had automatic machines. But apparently not - at least not at that particular plant. So I guess I/we need to dig a little deeper and figure out the 'Hand-fed' machines vs the 'Automatic machines.' Not to mention whether the 1954 machine in the clipping applied the Pyroglaze paint electrically/air pressure or just how it was applied. ???
Last edited: Sep 24, 2018

ACL or something else? 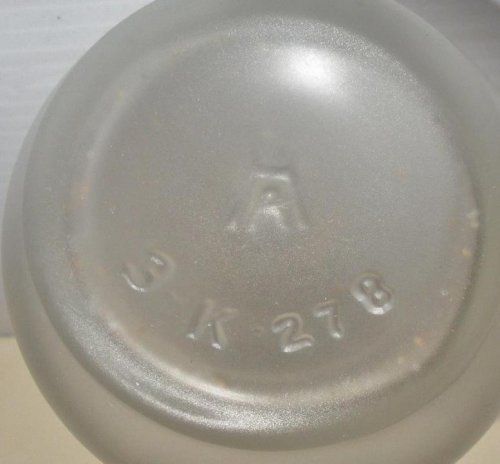 I have found numerous examples of the Hazel-Atlas bitters bottles - all of which appear to be identical in size and shape. The only distinguishable difference is the markings on the base. All have the K-278 on them. But the first numbers range between 2 and 10. I have not found a 1, nor anything higher than 10.

Here are examples of those that had acceptable pictures of the base ... 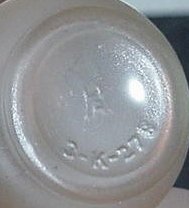 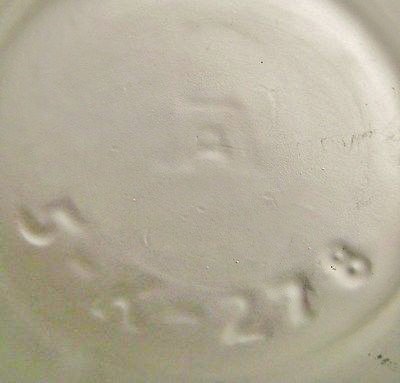 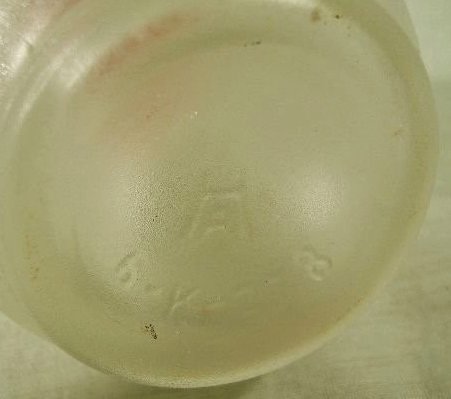 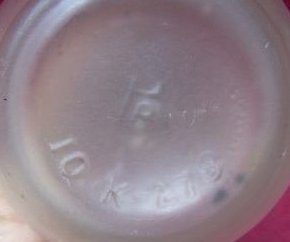